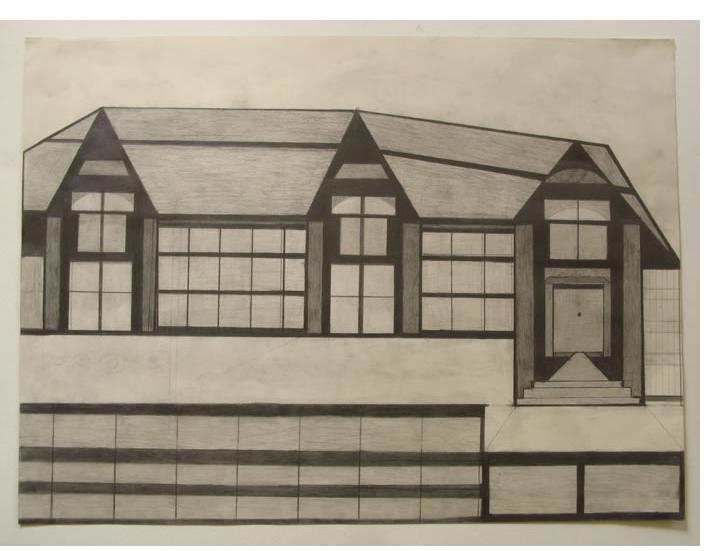 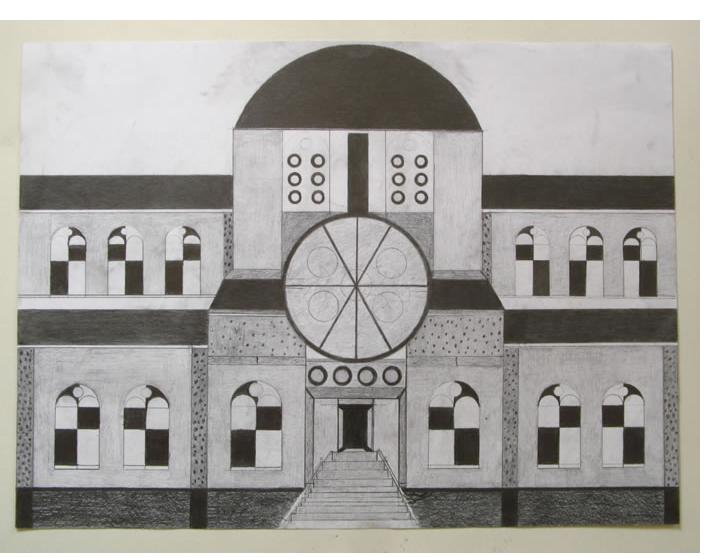 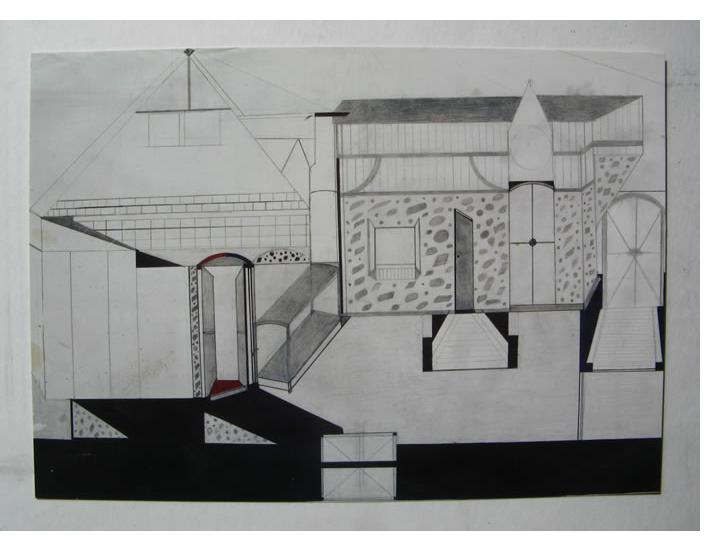 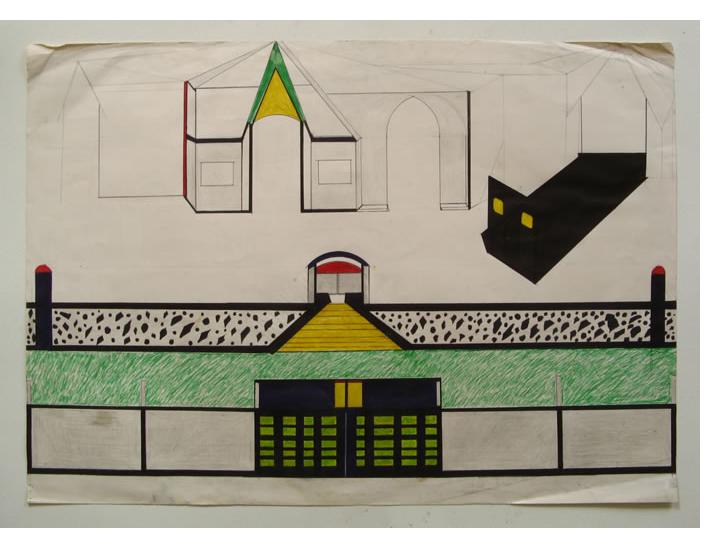 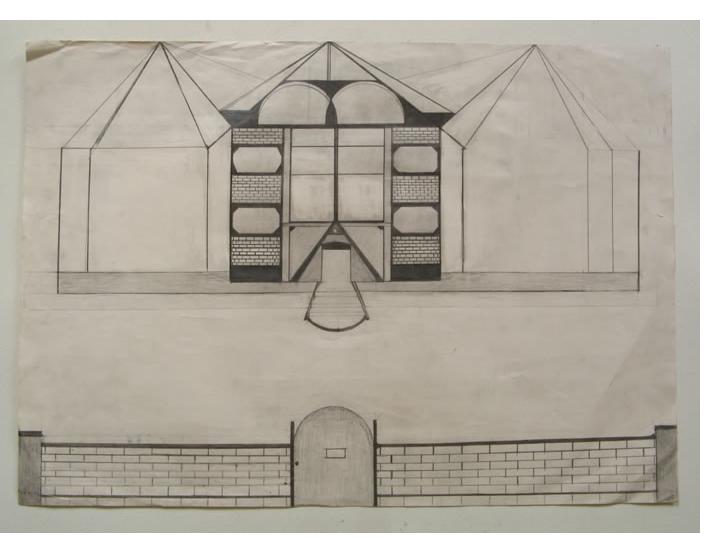 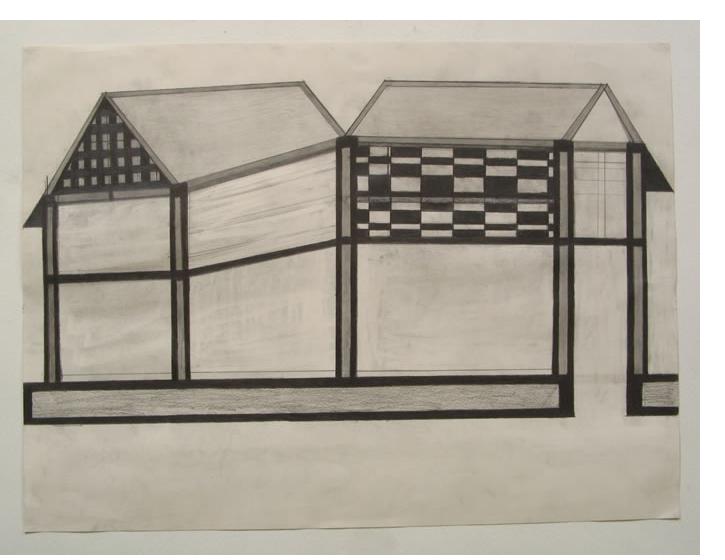 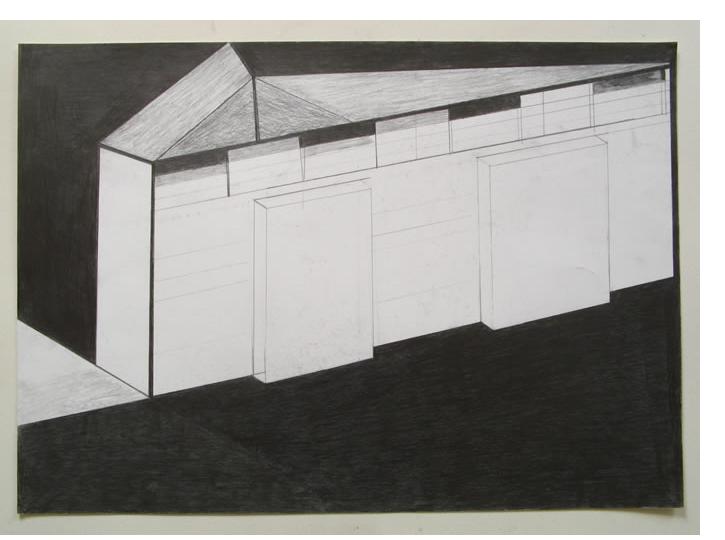 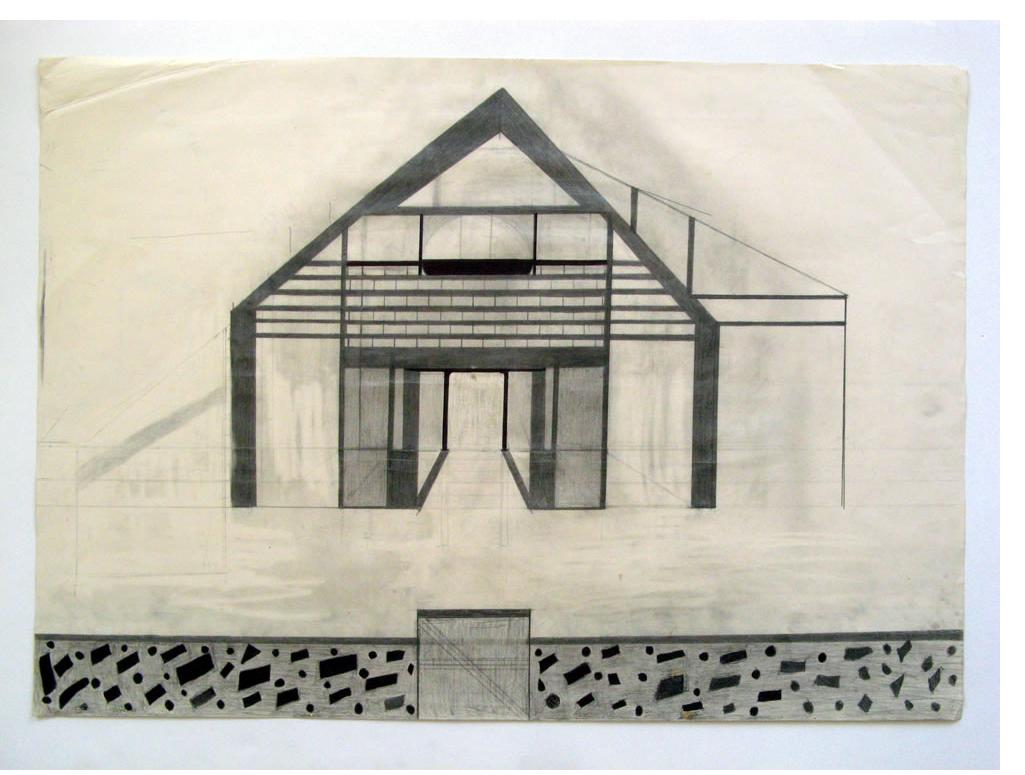 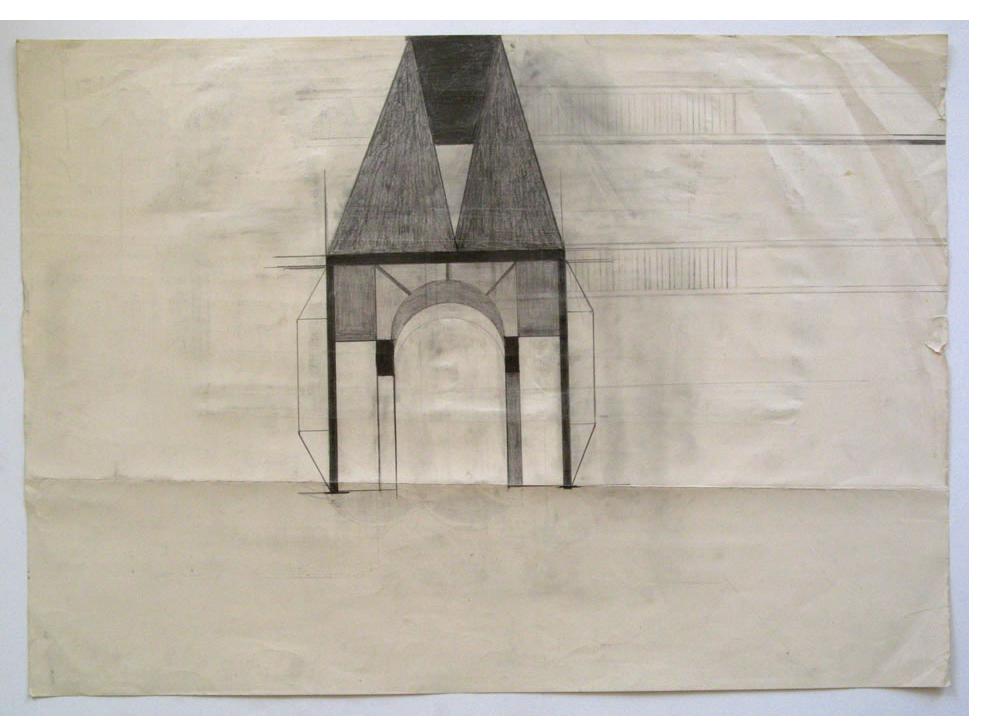 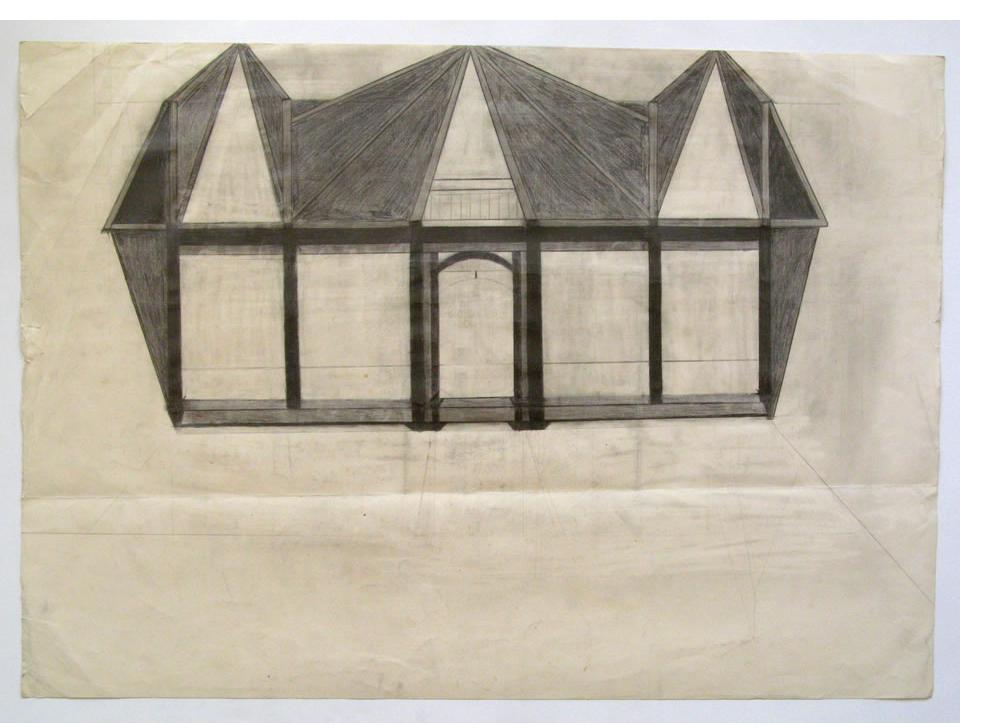 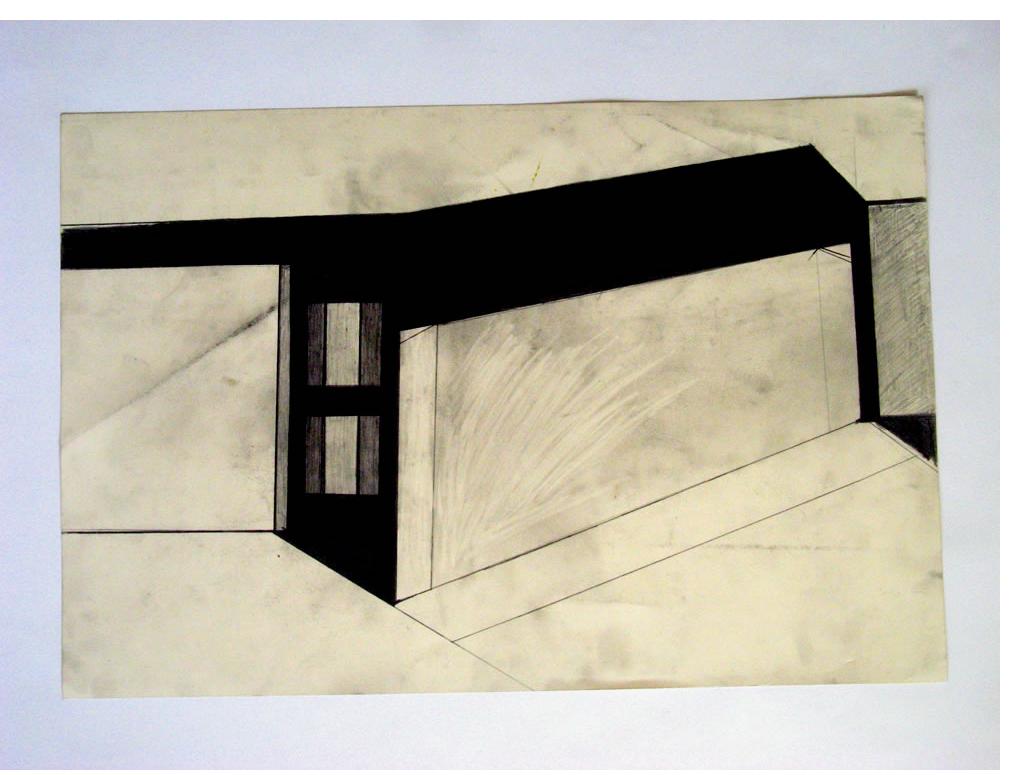 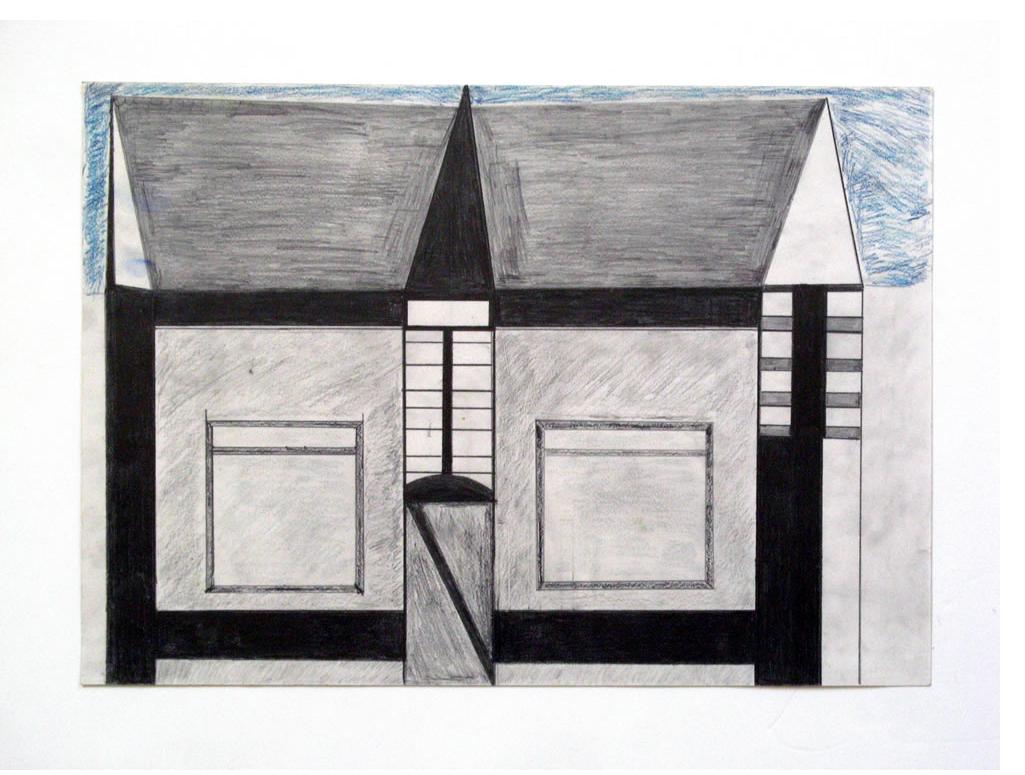 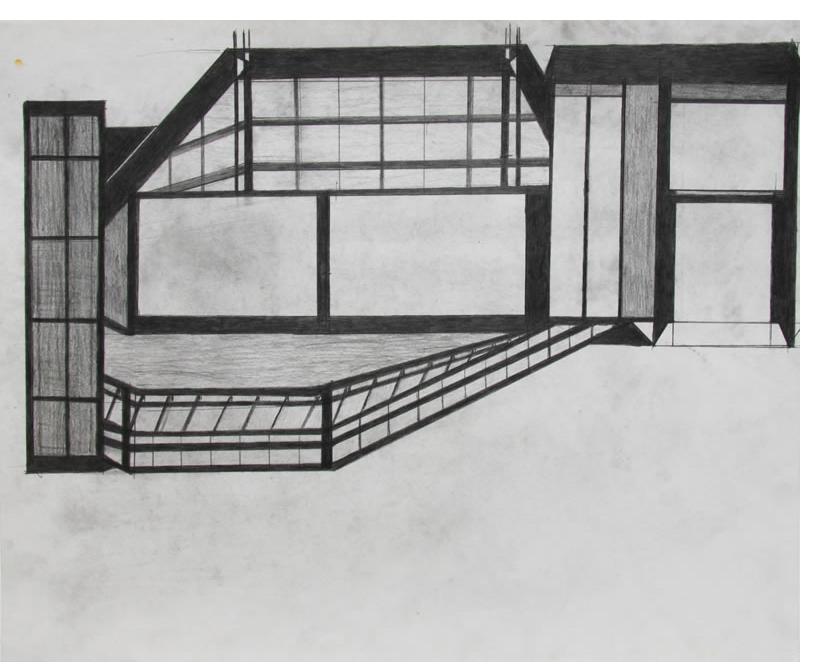 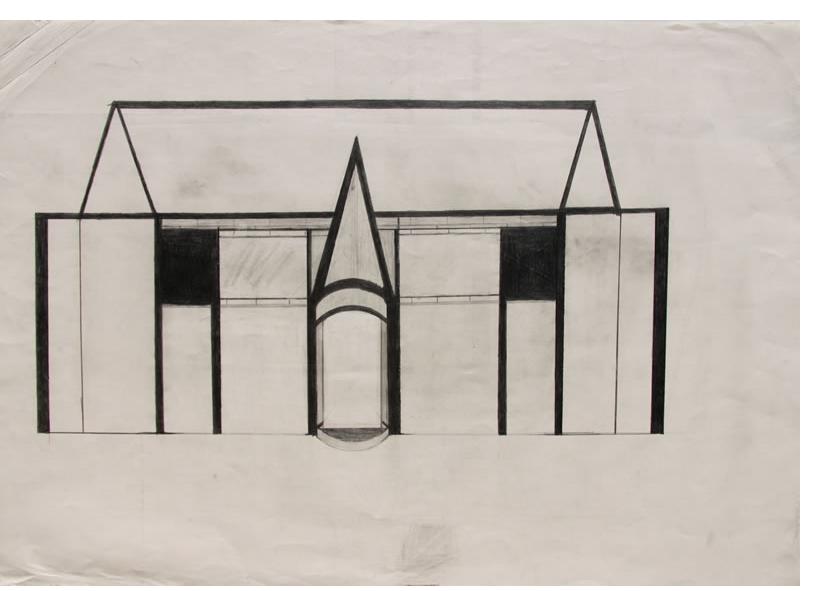 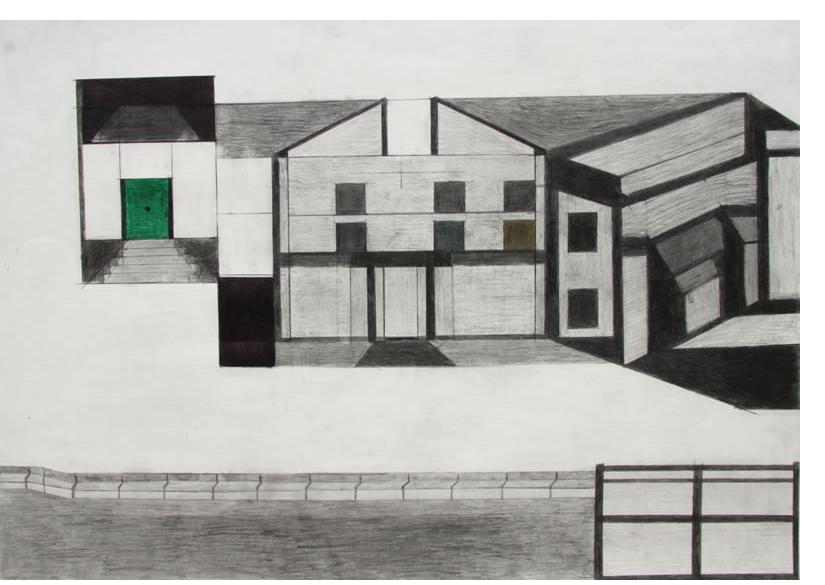 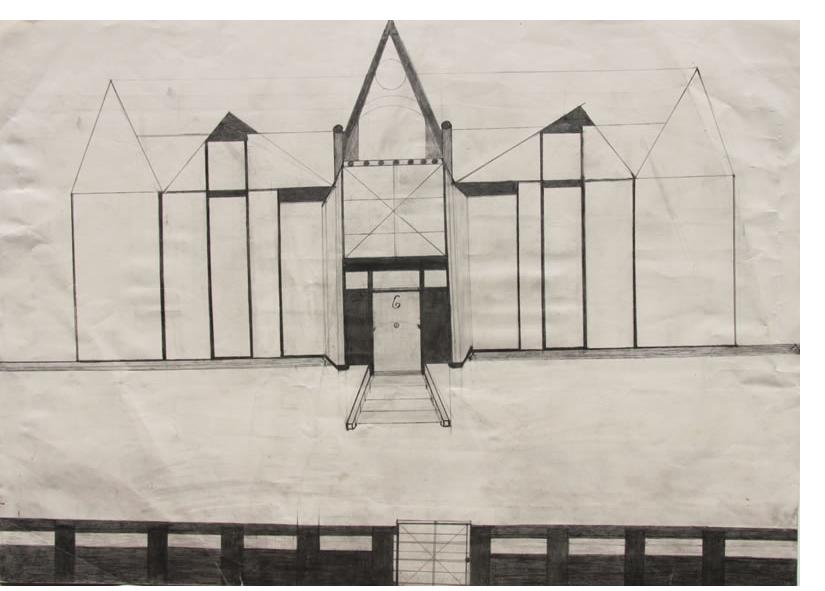 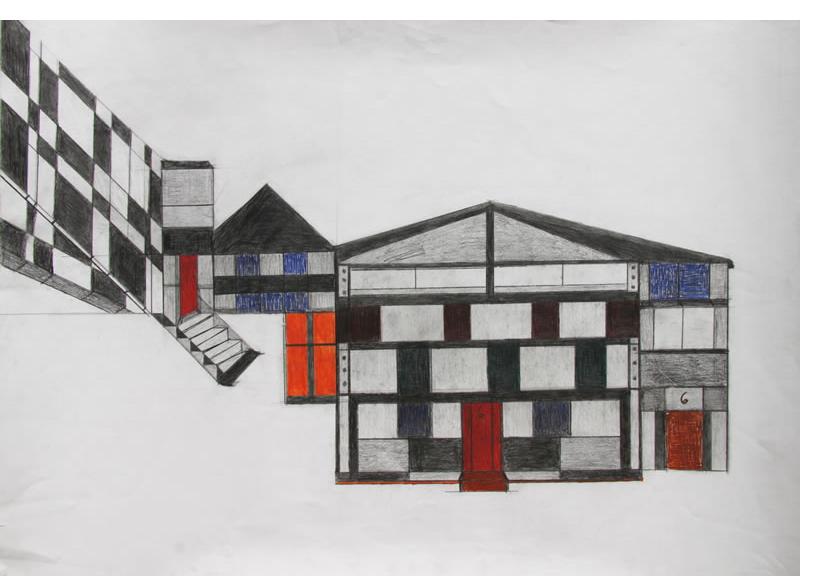 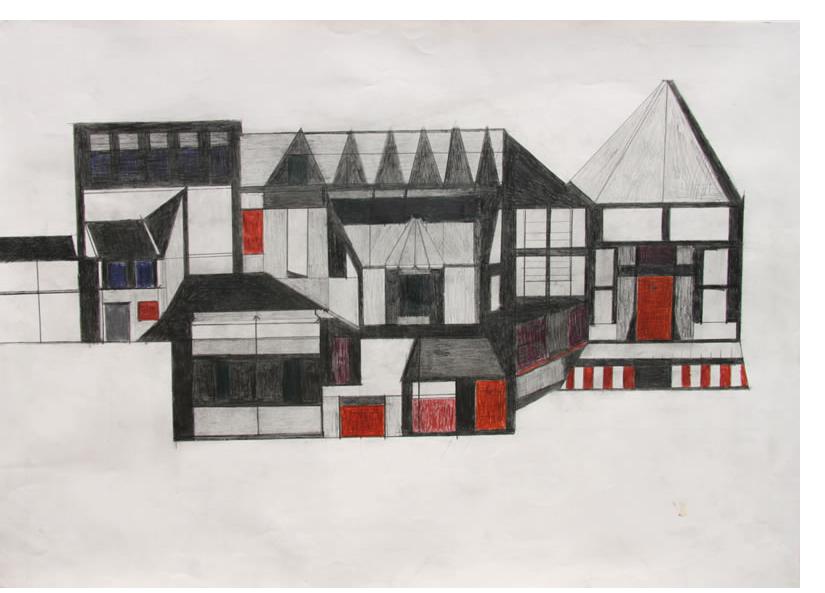 Albert is an outsider artist who has recently left a medium secure unit in a South London psychiatric hospital. He has been in hospital for the last thirteen and a half years but is now living and working in the community.

During the years of his confinement Albert began to draw, mainly large charcoal or pencil drawings. These works are psychologically interesting for obvious reasons - the recurrent themes of buildings, fences and other faceless structures seem to reflect both Albert's interior and exterior worlds.

Albert has said that these drawings act as a kind of meditation, a means of escaping the boredom and tedium of prison life, but a release also. He feels 'connected' and 'whole' when he works on the drawings, repeating hundreds of pencil strokes with a focused obsessive precision.

None of his drawings are signed, he carries the works around with him and is protective of them.

He hopes to one day, now that he has been released into the outside world, to experiment with other themes, recalling happier times from his early childhood years before things fell apart, he talks about drawing a house on a hill, perhaps overlooking the sea.

Professor Colin Rhodes (author of Spontaneous Alternatives: Outsider Art) will be writing an article about the artist in Raw Vision magazine in 2013. Albert's work has already been exhibited in a number of mixed shows, these include the Bethlem Gallery & Museum and Pallant House.

Collections:
The Museum of Everything, London and The ABCD Collection, Paris.