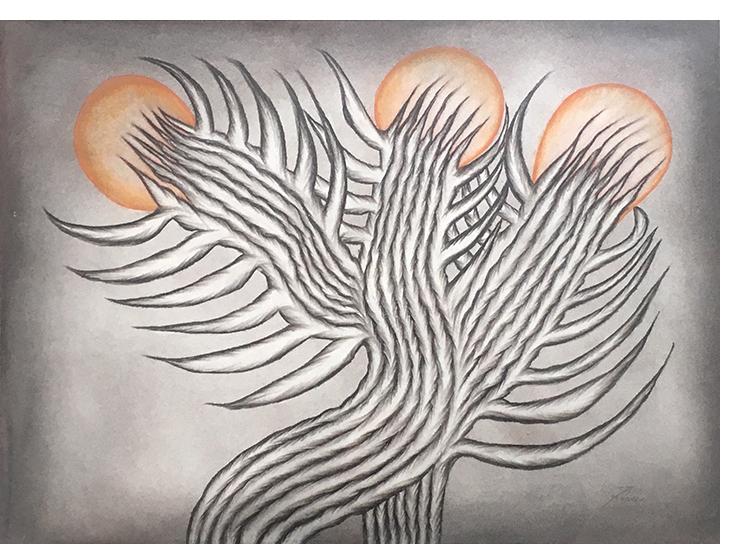 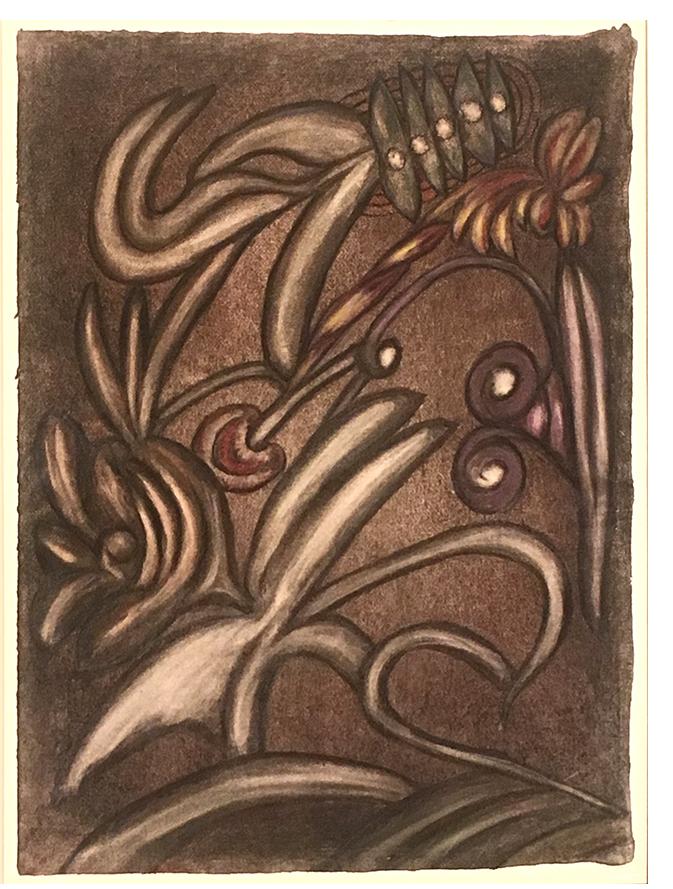 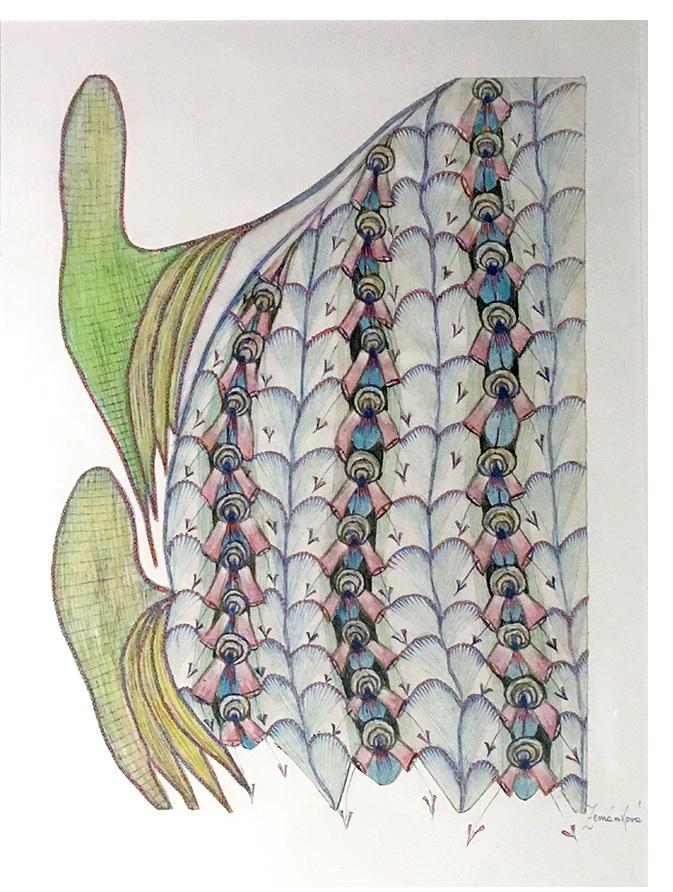 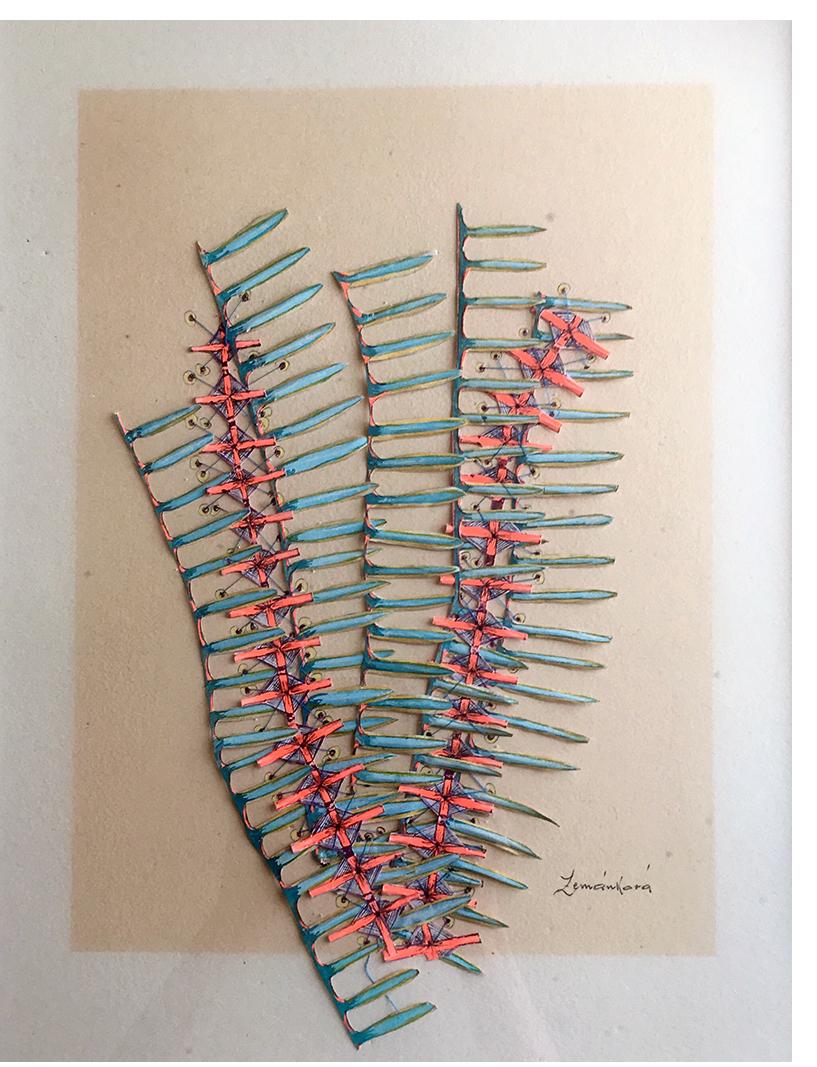 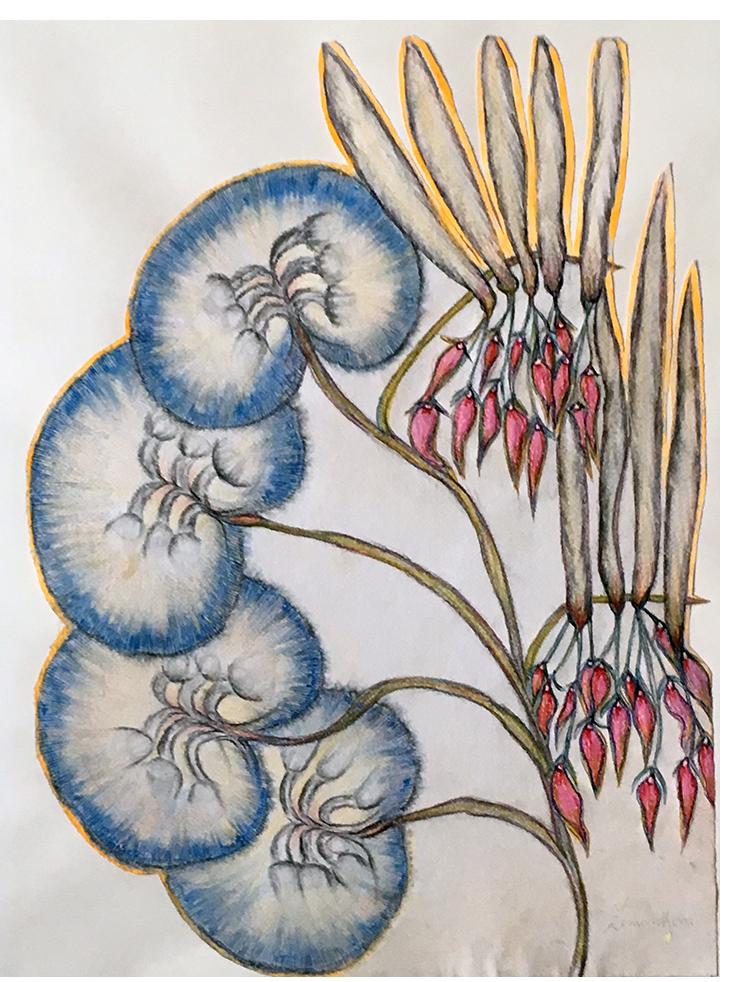 Anna Zemánková was born in Olomouc (Moravia) in 1908: at a very young age she was already attracted to drawing, but found no encouragement for that love within her family circle. Wedded in 1933, she and her husband settled in Prague. Here Anna became active as a dental technician, but she gave up that profession upon the birth of a second son. In the wake of a succession of painful events in her life—the death of one of her sons and several bouts of depression—she reached a breaking point. It was in the early 1960s, at the age of over fifty, that she suddenly took up drawing. She first worked in pastels on large sheets of paper; over the following years, she gradually developed an innovative technique blending pencil, ink, pastels, perforation, collage, cut-outs, embossing and even embroidery.

In a nigh-to-mediumistic and deeply concentrated fashion, Anna would begin drawing at about 4 am. The dawn hours seemed to incite her to attain a state of ecstasy conducive to capturing the magnetic forces emanated by a parallel world. This in turn induced her to come up with a phantasmagoric herbarium of flowers and plants, all radiating in a blaze of colors. She was also wont to work on the materials themselves, perforating and shaping the support. Increasingly afflicted by diabetes over the years, she was gradually forced to limit her activities and movements. This obligation led her to reduce the size of her works all the way down to miniatures in which, nonetheless, her flowers continued to bloom altogether vividly. Encouraged to do so by her sons, Anna devoted herself to her artistic creation for twenty-five years, resulting in the production of several thousand works.

Eighteen of her pieces were shown at the Venice Biennale in 2013. (Wikipedia) 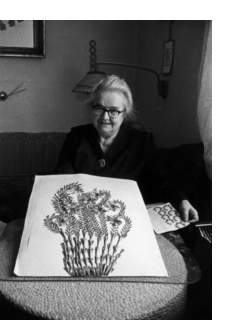