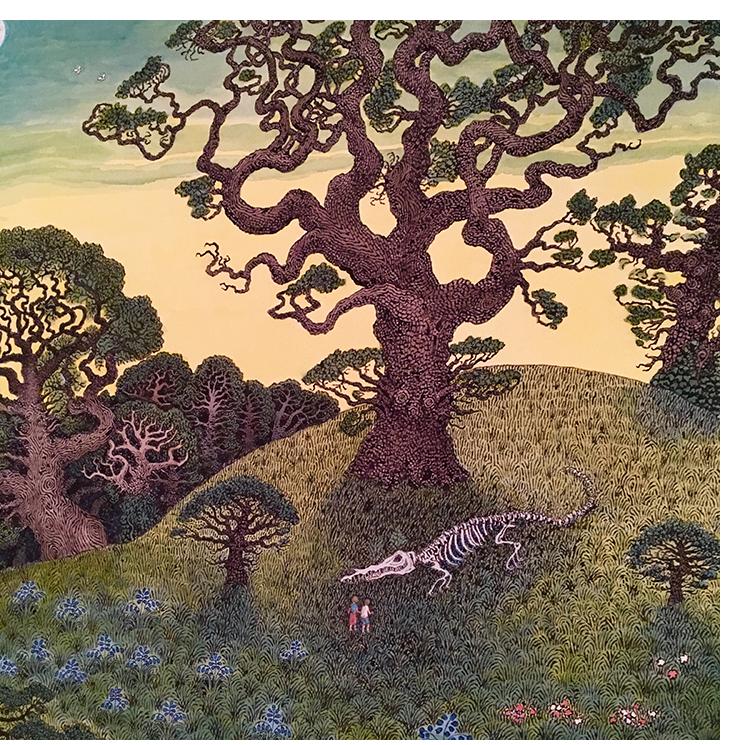 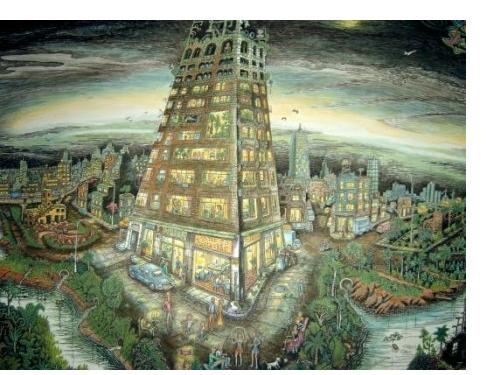 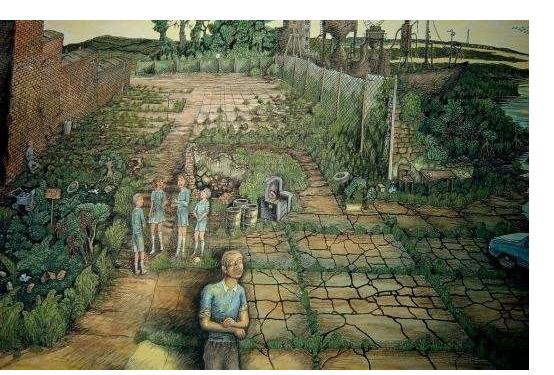 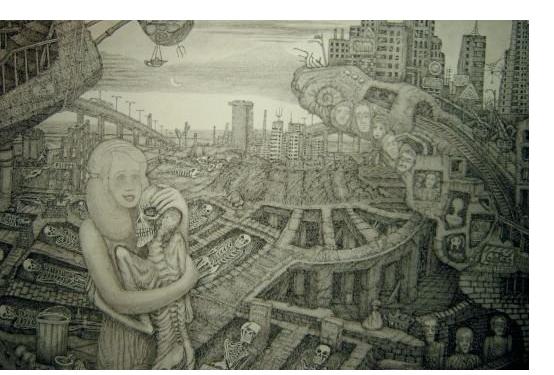 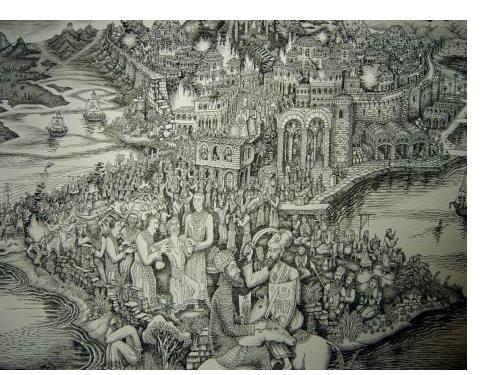 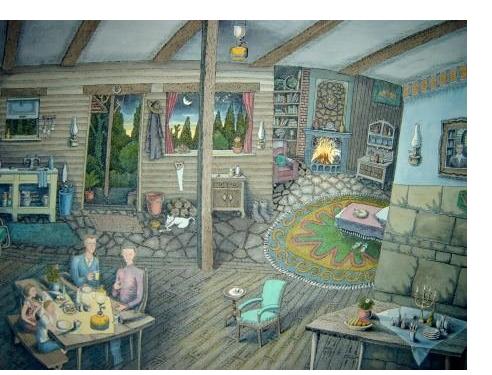 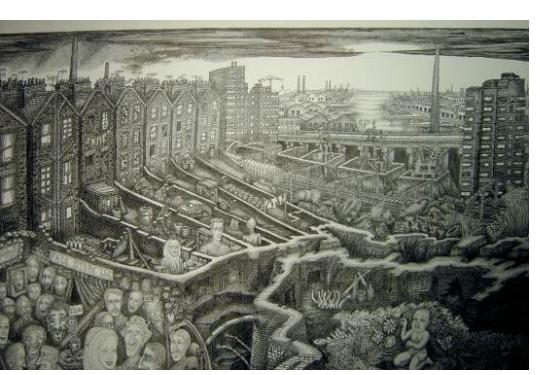 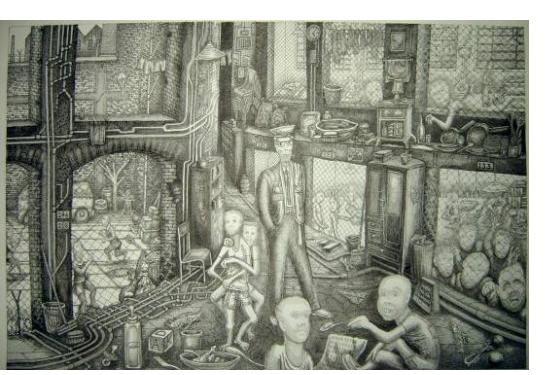 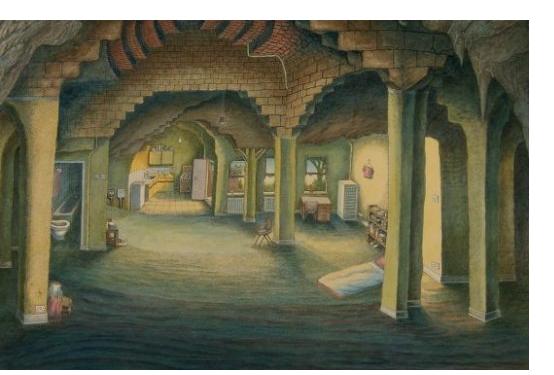 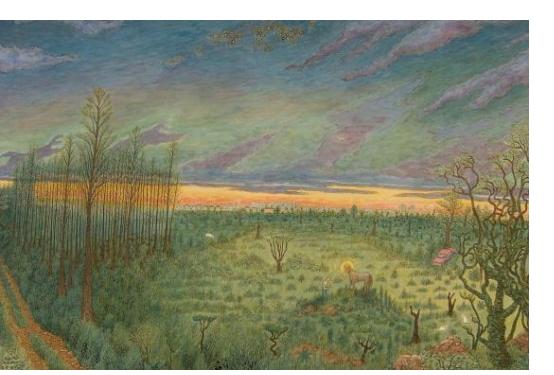 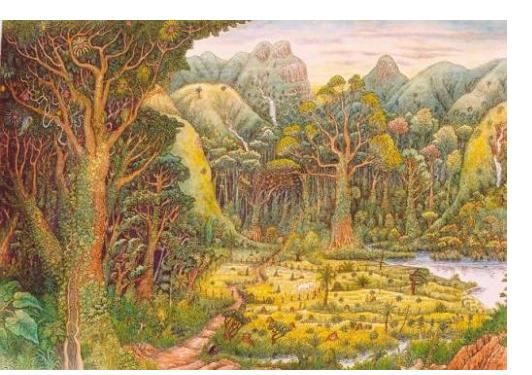 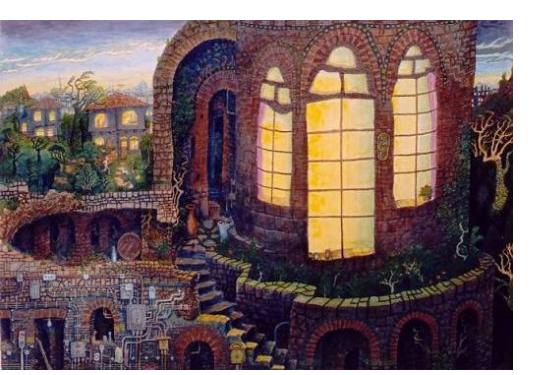 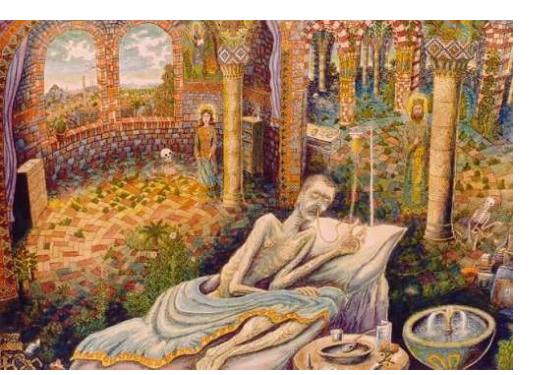 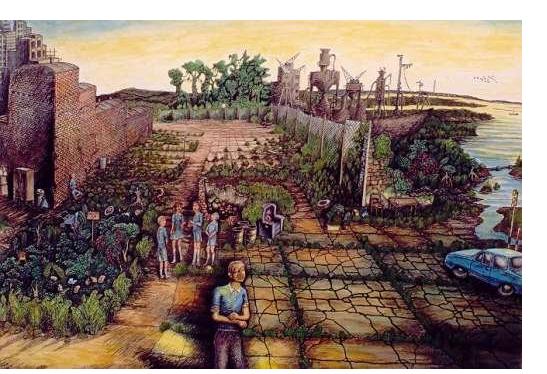 Eric Jiani was born on September 14th 1957 in London, UK. and despite being diagnosed with Aspergers Syndrome and borderline autism he was 'normally' educated at the British School, Rio de Janeiro, Brazil and Downside Abbey in the UK, Eric lived in both countries, his mother being Brazilian and his father English.Eric is therefore fluent in both Portuguese and English.

Artistically inclined from an early age, Eric is self-taught and it was not until 1978 that he committed himself full-time to his art. In Brazil, Eric spent some years living on the edge of jungle; whilst in England he has taken on various jobs such as kitchen porter in a bakery, assistant in a shoe shop, English language teacher (private pupils), and currently is a Music Sessions Worker. Eric also plays his own compositions on the guitar and writes.

"Ever since I was a child I have always liked inventing my own imaginary world and then expressing these worlds through models, maps or drawings. It is from this basis that my art has developed, going through different phases. I now feel I am moving ever closer to finding my place in the real world."

Eric describes himself as a self-taught, fantasy artist and says that his work is semi-autobiographical.