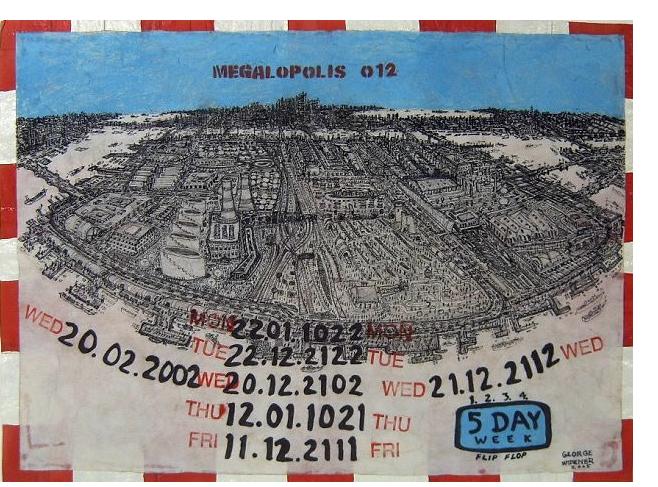 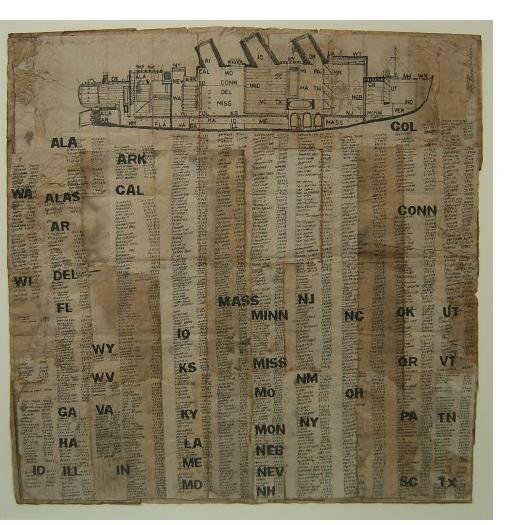 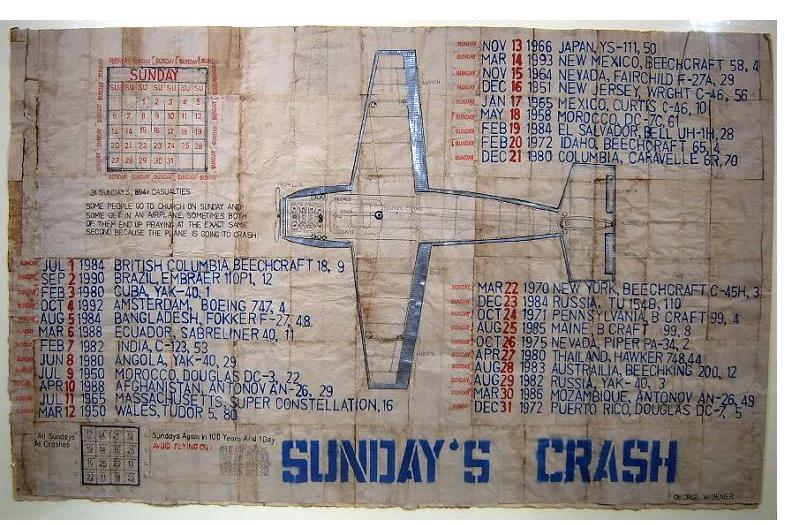 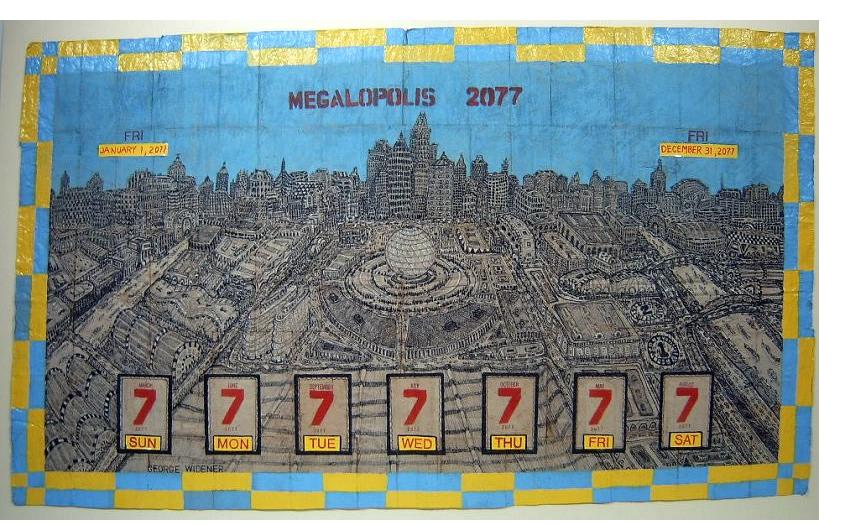 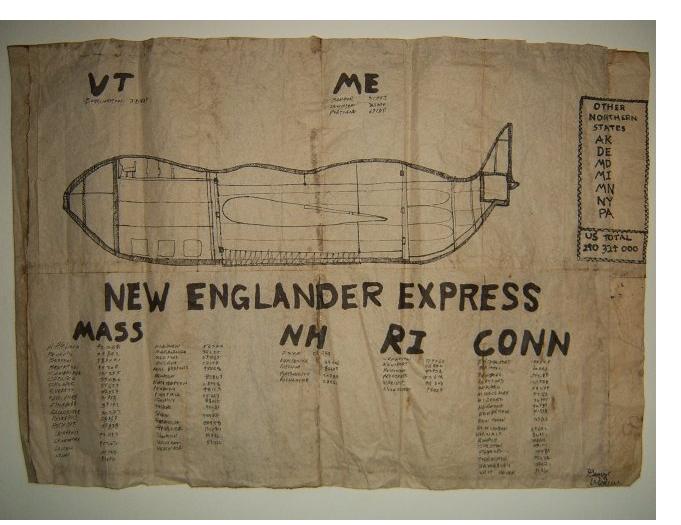 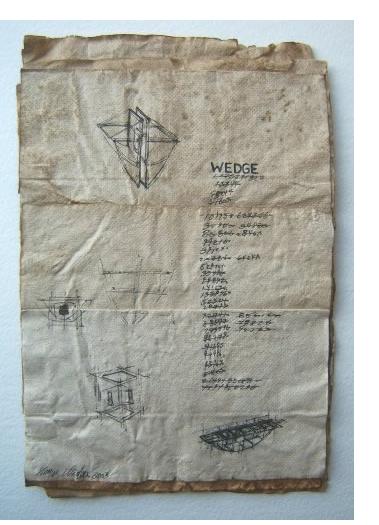 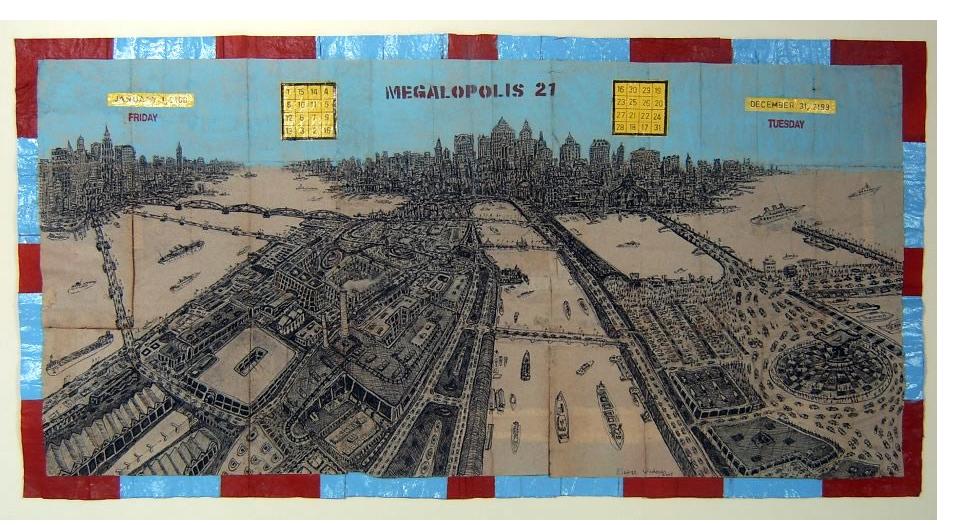 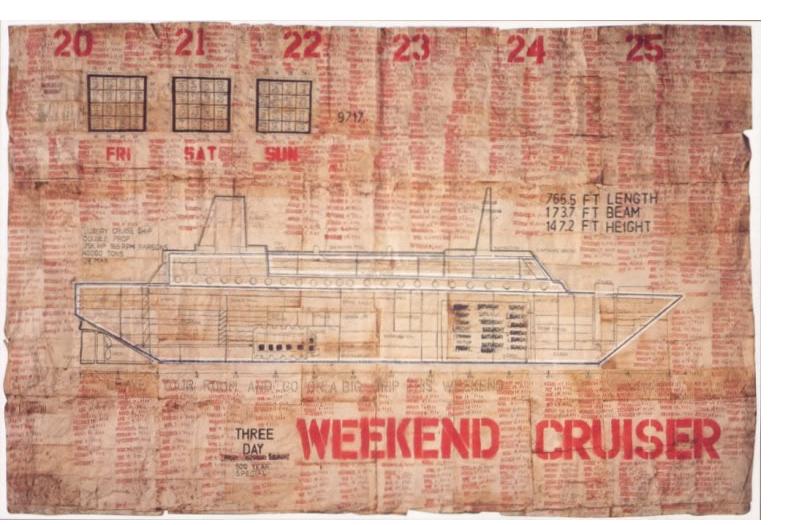 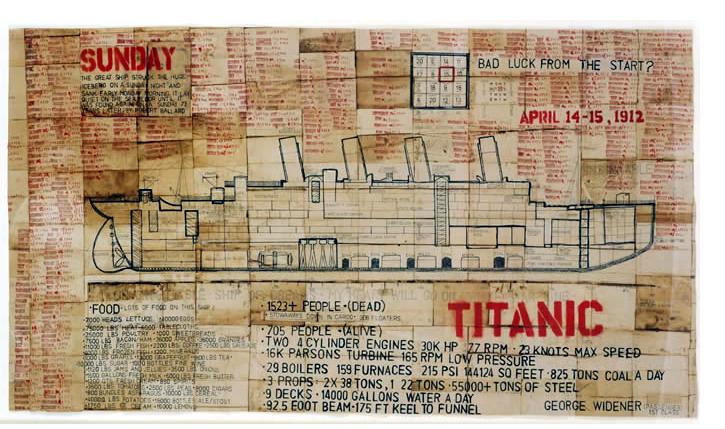 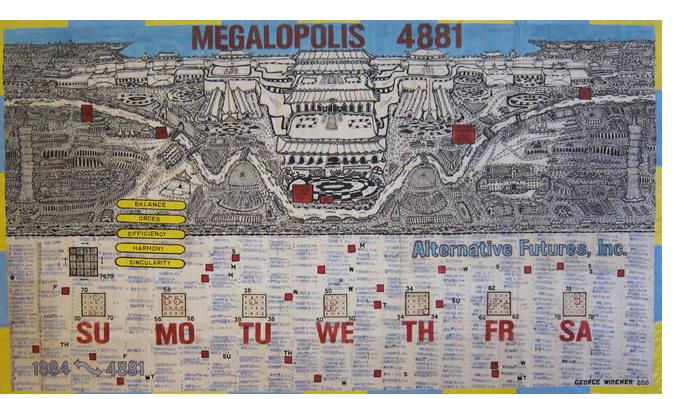 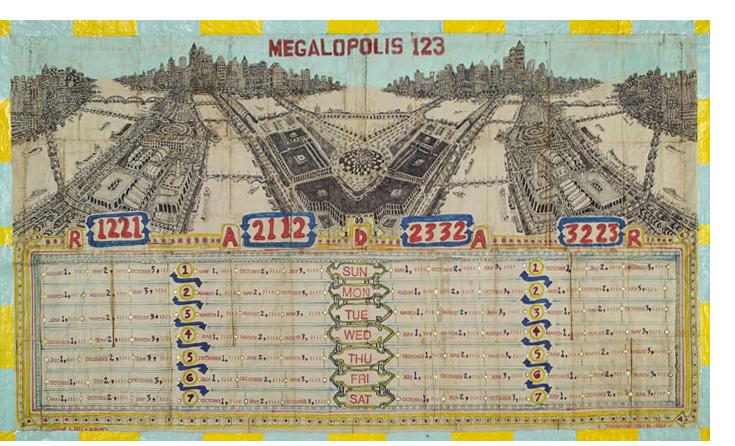 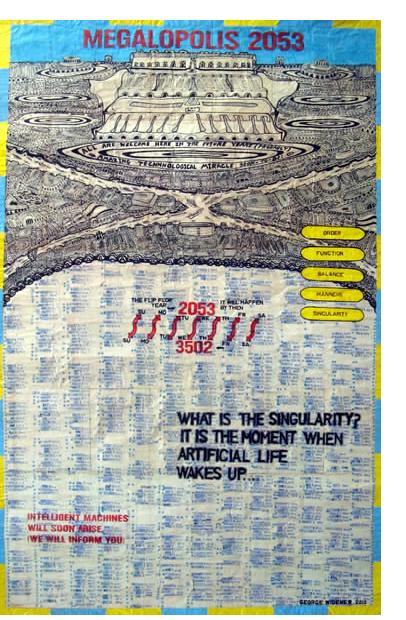 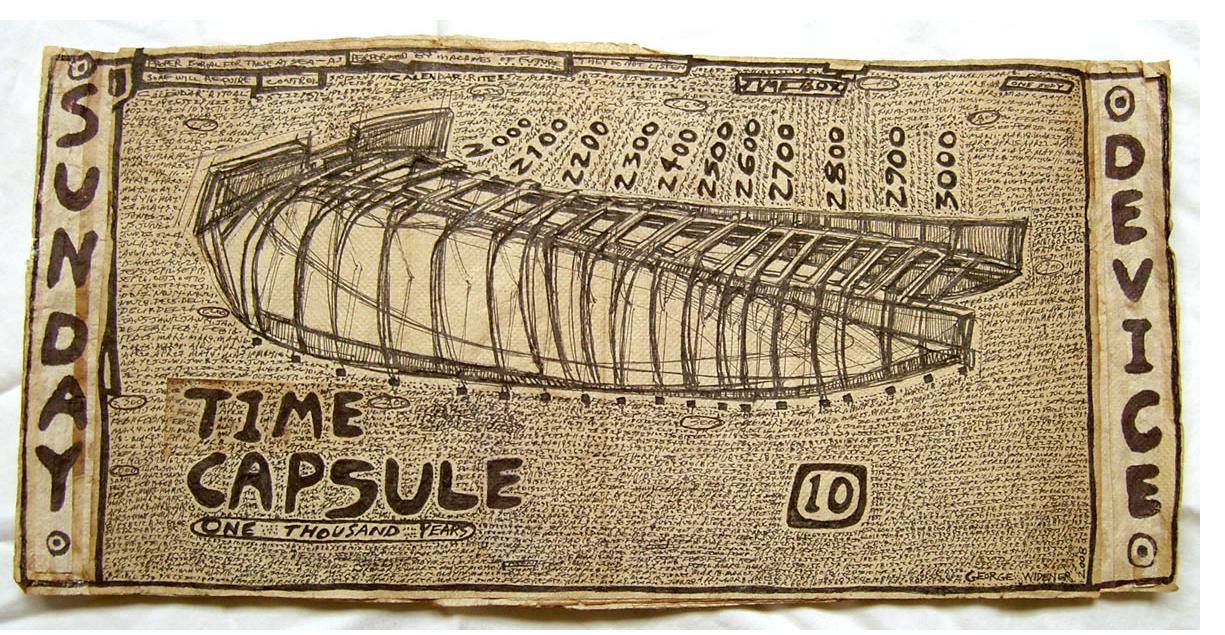 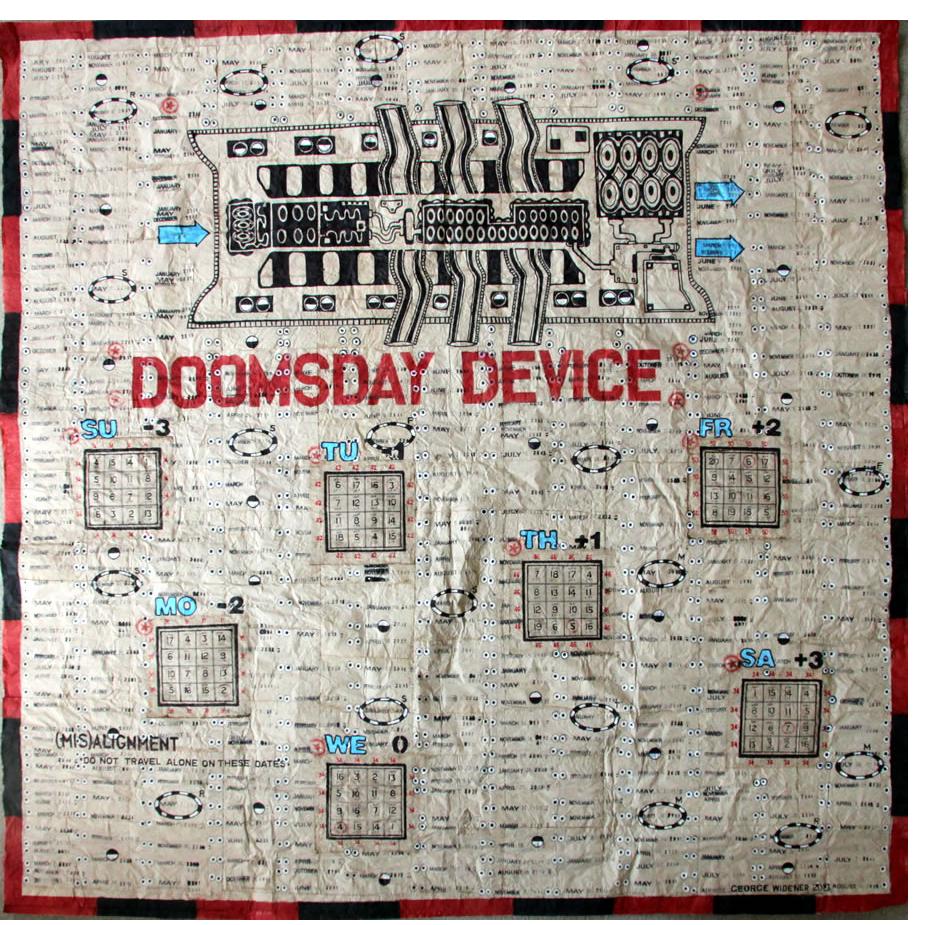 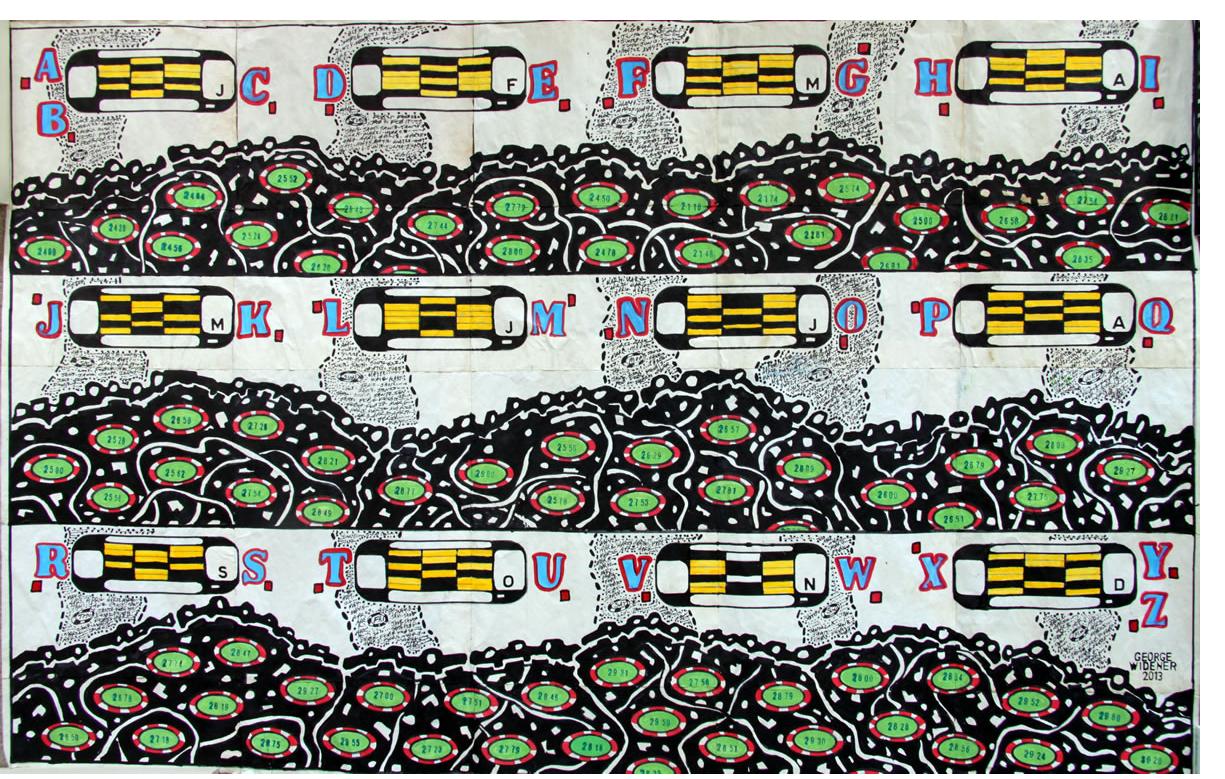 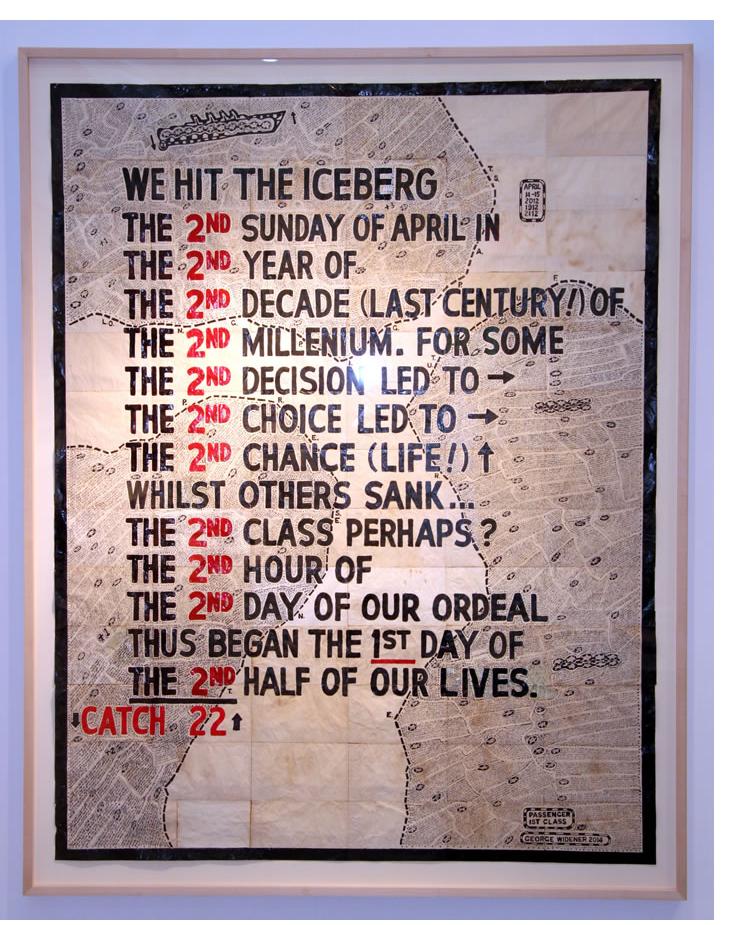 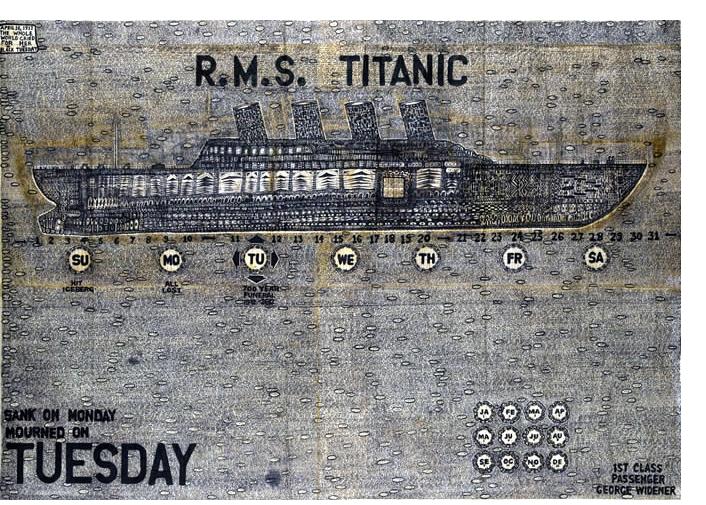 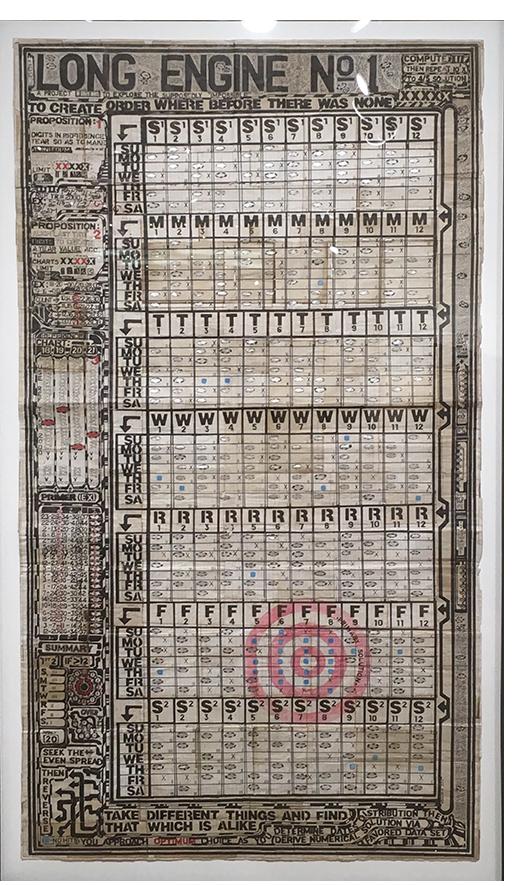 The artist George Widener has thousands of historical dates in his memory and more than a thousand census population statistics; George is also defined as a lightning calendar calculator.

His work can be found in many private and public art collections, these include the ABCD Collection in Paris, The Collection de l’Art Brut, Lausanne (who have acquired five drawings for permanent display); The American Folk Art Museum, New York, The Museum of Everything in London, and The Kröller-Müller Museum, which houses the world's largest collection of drawings by Van Gogh.

Professor Roger Cardinal’s article ‘The Calendars of George Widener’ appeared in Raw Vision magazine (issue #51), when the New York Times art critic Roberta Smith proclaimed that the artist was ‘One of the Outsider Art Fair’s most significant recent discoveries…’ A film about Widener's life & work is now in production, Scott Ogden, the director (also director of 'Make'), expects this to be premiered in the fall of 2011.
This of course will follow on from Bruno Decharme's acclaimed documentary on the artist, which was released back in 2007.

Winner of the Wynn Newhouse Award

Widener has been subject to inclusion in many public and museum shows worldwide, of particular note, in 2013 at the Hayward Gallery 'Alternative Guide to the Universe', and then 'Secret Universe', a prestigious one-man show at The Hamburger Bahnhof Museum of Contemporary Art in Berlin. In 2015 he was included in another major show at Intuit, entitled 'DRAW', curated by Jan Petry, where his work will shown alongside Henry Darger, Martin Ramirez, Carlo, Nick Blinko, and other luminaries. George Widener: From the Collection of Victor Keen exhibited at the Sangre de Cristo Arts Center in Pueblo CO from September 2019 to January 2020. 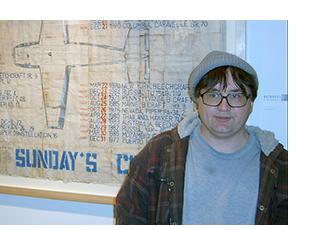 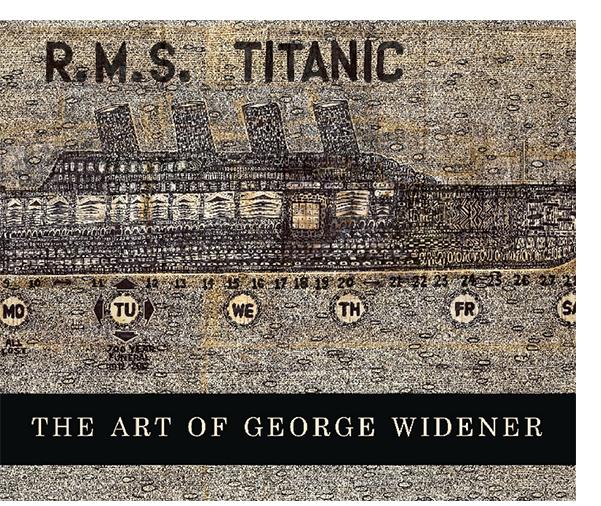