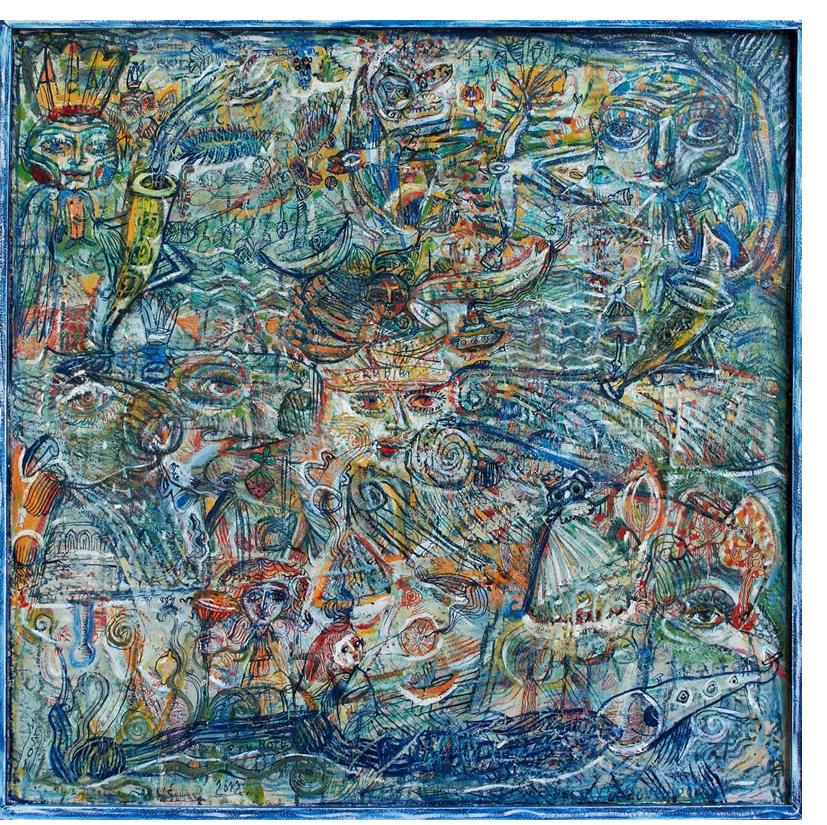 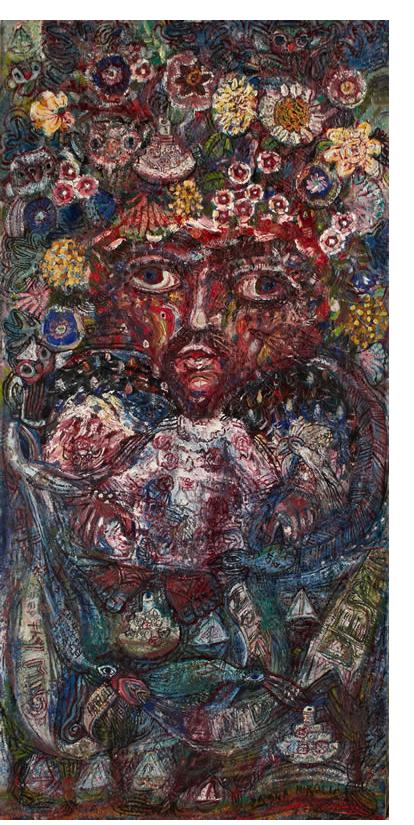 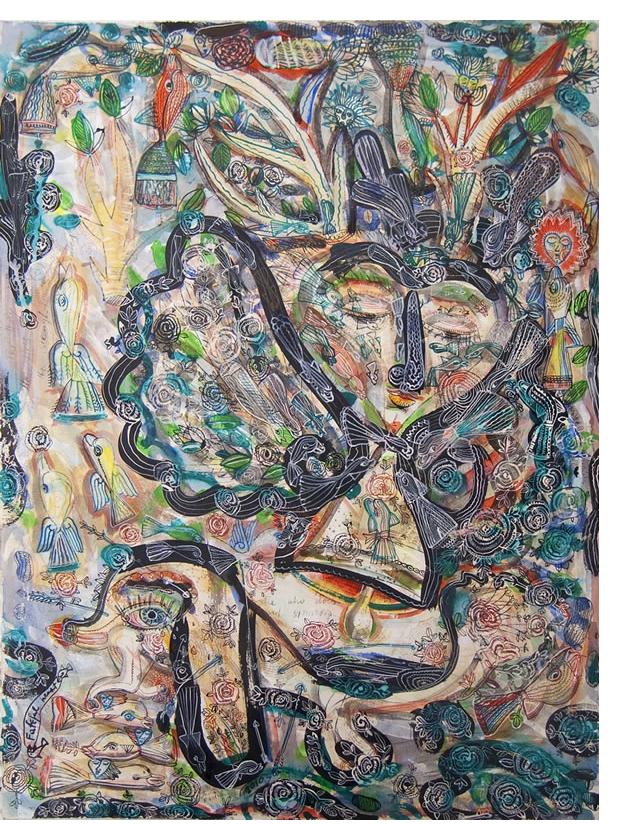 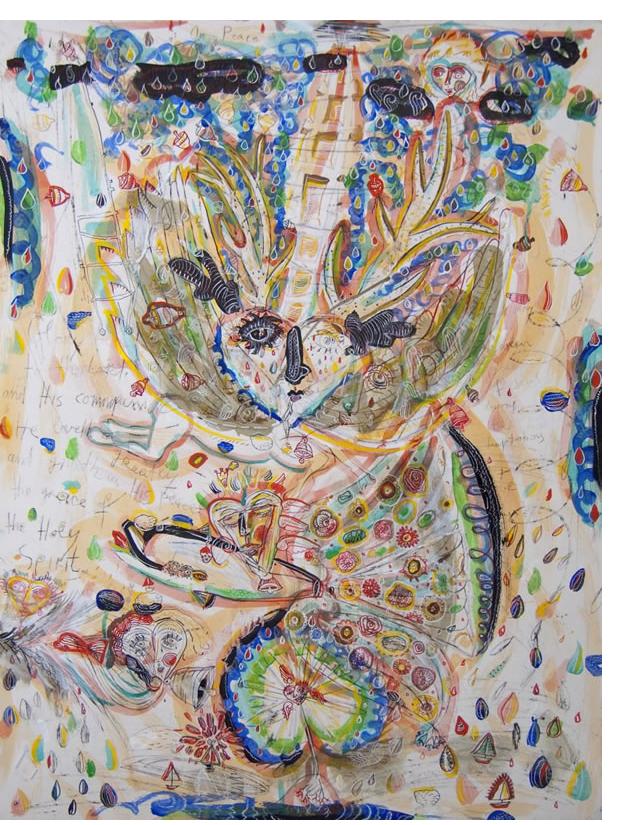 Jasna Nikolic is a British outsider artist of Serbian origin. She was born in Belgrade, where she completed Art College at Belgrade University. She exhibited her work internationally, both in solo and group shows, in Britain , France, Belgium, Mexico, Holland and Serbia . At 2010 she got first prize at 'Open Kimono ', London Art Competition , and third prize at St. Wilfrid Hospice Art Exhibition in association with Pallant House Gallery in Chichester. 2010. she was one of 6 winning artist in 'Outside In' Pallant House Gallery in Chichester and 2008. she got Big Prize for National Watercolor Competition in Zrenjanin, Serbia. Jasna exhibited 2012 at Annushka in Chelsea, London, with two other 'Outside In 'artists. 2011. She had one person show at Gallery of Wonder in Newcastle University. On this occasion Revd Dr Richard Davey, Chaplain at Nottingham Trent University wrote an essay on Religious aspect in Art, saying about Nikolic's work:

"At the margins of medieval art is a world of wonder in which the seen and unseen coexist in natural harmony. The dancing, ecstatic character of Nikolic’s lines continues between her paintings and ceramic sculptures. For just as there was no division in the Middle Ages between art forms and artists, so these works reflect an holistic vision, one that sees the world as an interconnected space, where the boundaries that divide the sacred from secular, the natural from the man-made, art from craft, and the real from the unreal have been broken down. In these entwined spaces we encounter time differently as the normal boundaries created by linear space and time are dissolved. Time seems to stand still as we stand on the threshold between earth and heaven, each painting and sculpture a threshold in which symbols of the sacred mingle with the mundane matter of life. These are landscape paintings and sculptures; but they are imagined, prophetic landscapes depicting a new heaven and earth, rather than the visible world of tangible reality alone.

The innocent, child-like quality of these outsider art works perfectly captures the sense of rapturous joy that has inspired their creation. They conjure up a world of imprecise spaces and hybrid creatures; the peripheral, unfocussed world of the half-seen that inspires the question - ‘I wonder?’ And whilst this question will lead to the searching focus of investigation and the defined, categorizing boundaries of knowledge that can seem to seal the world’s porous thresholds, these works remind us of that threshold space on the edge where the seen and unseen, known and unknown mingle – the space of wonder".

Important influence on Jasna 's work has her Iconographic practice. At the present she is painting large scale Icons for St. Nectarios Church in London.

Jasna's work is in numerous private collections , and in several Public Collections as in London Bridge Hospital and Zrenjanin City Council Hall in Serbia.