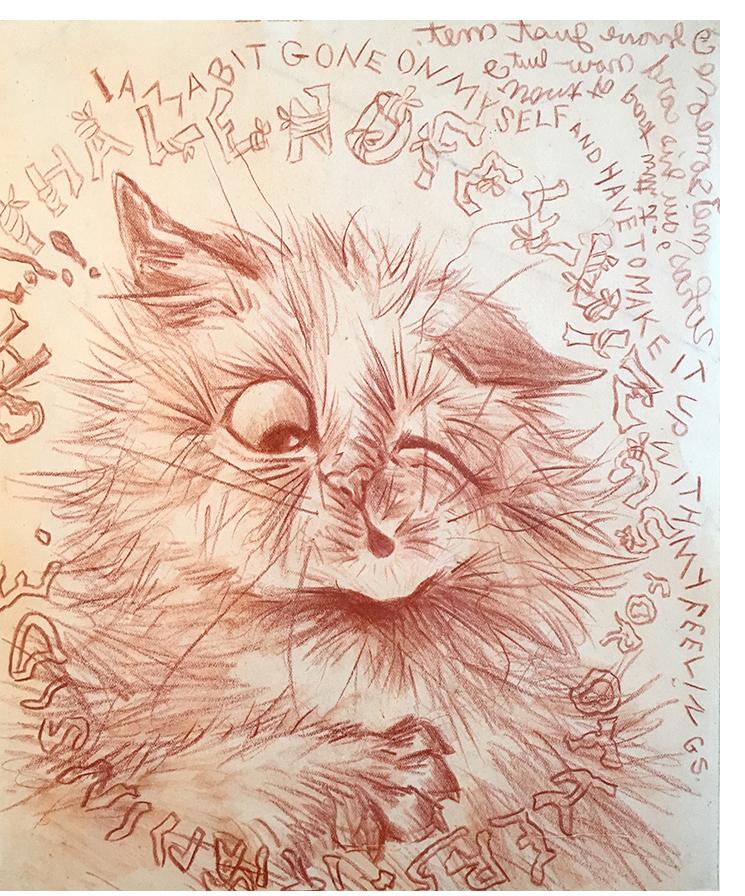 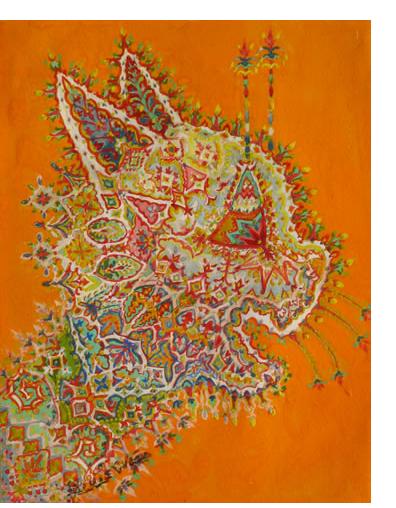 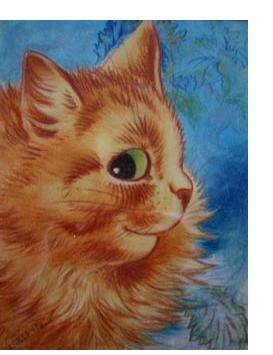 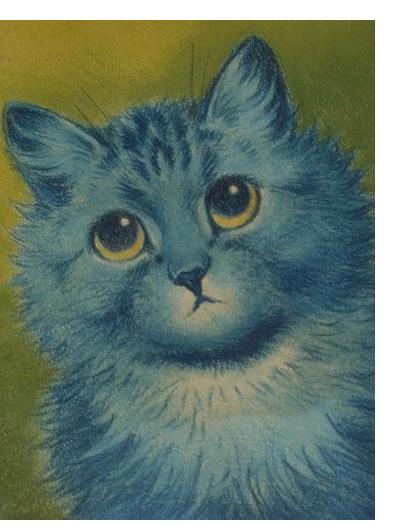 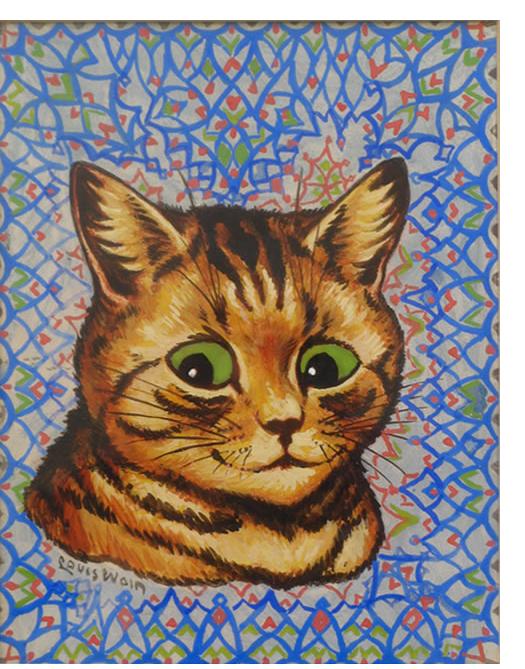 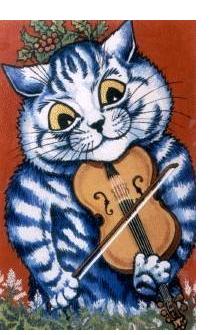 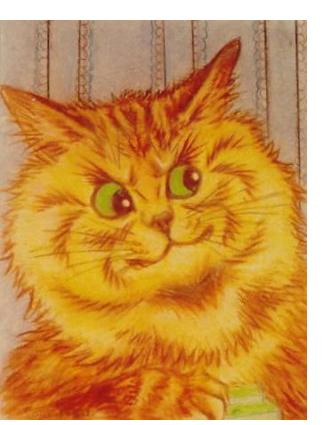 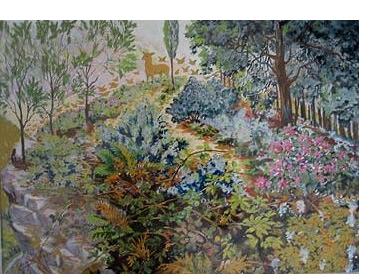 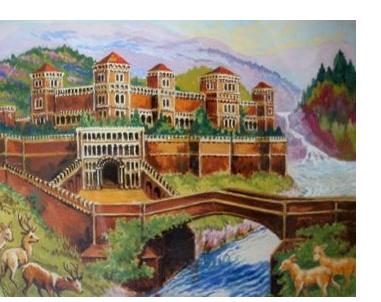 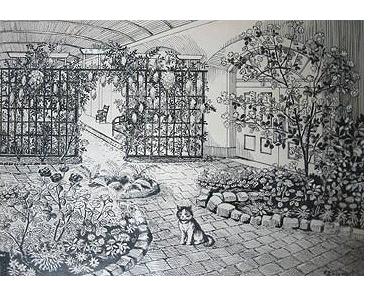 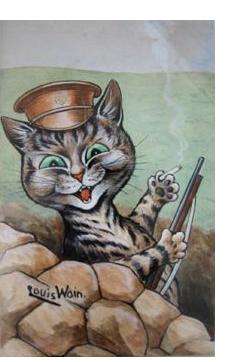 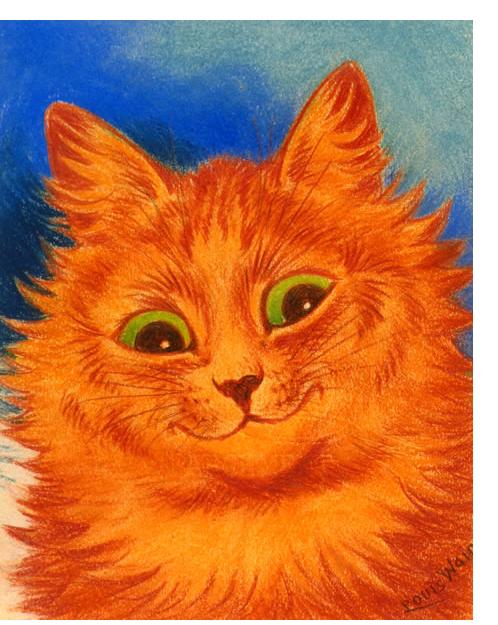 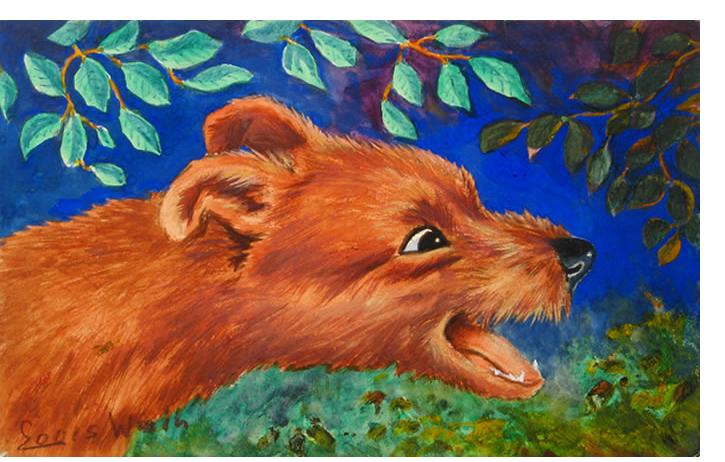 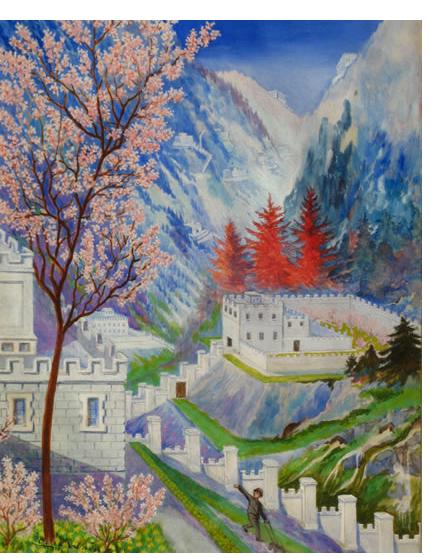 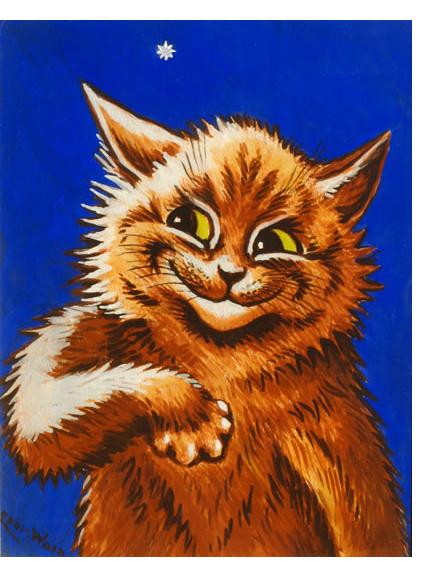 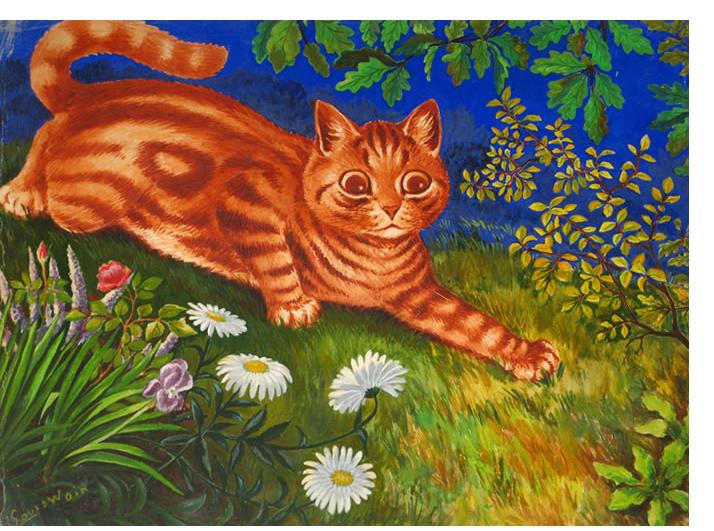 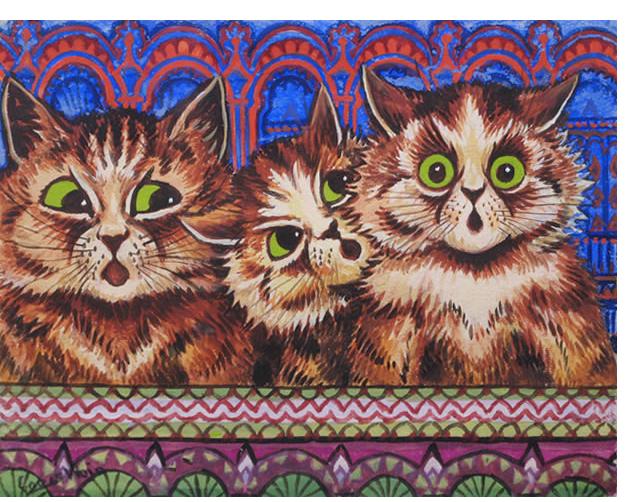 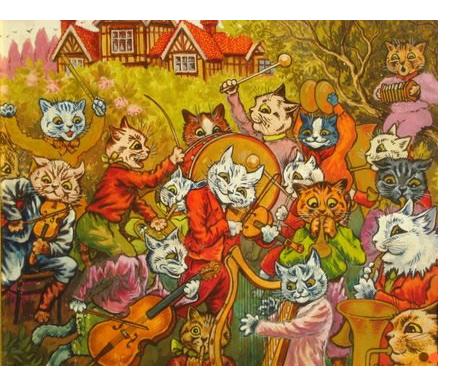 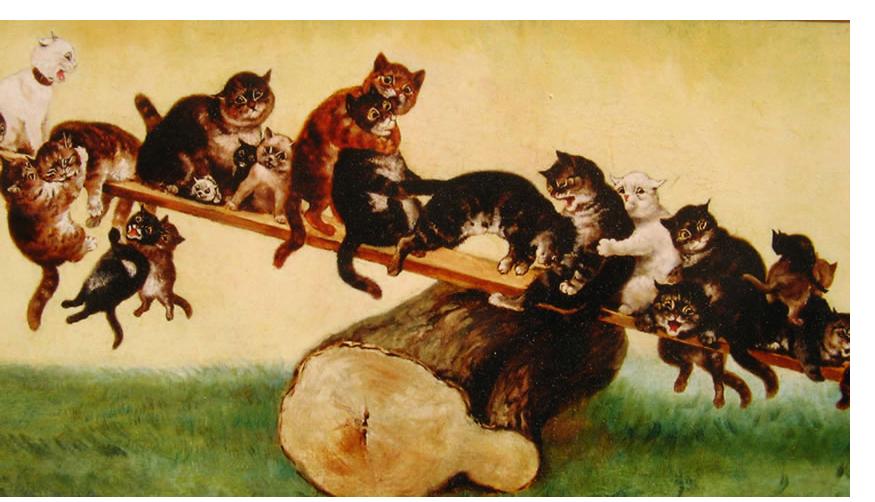 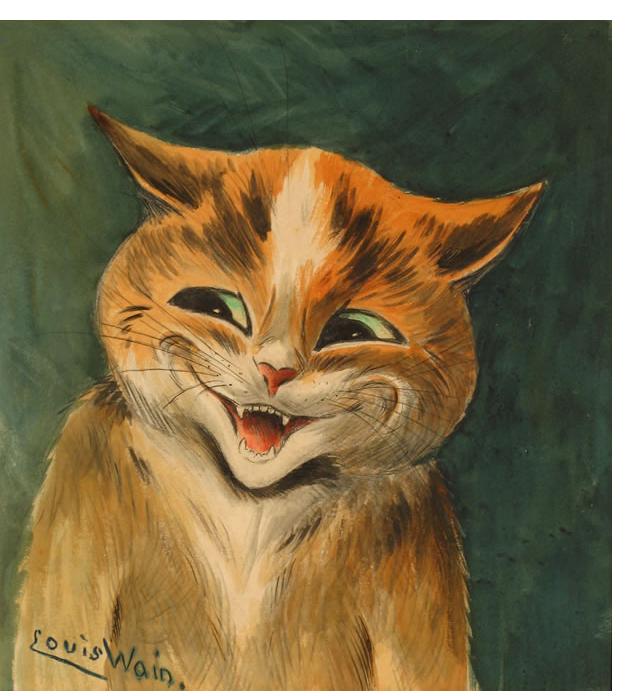 The British artist Louis Wain was a highly successful illustrator whose reputation was made on his singular and gently humorous pictures of cats. A cat-lover himself and sometime President of The National Cat Club, Wain claimed in an interview in 1896 that his "fanciful cat creations" were first suggested to him by Peter, his black & white cat. Demand for Wain's work diminished in the decade after the outbreak of the First World War, leaving him progressively impoverished. He began to show signs of mental disorder, including becoming aggressive, abusive and sometimes violent.

In 1924 he was certified insane and placed in the paupers ward of Springfield Hospital at Tooting. Despite his delusional state, Wain continued to draw and paint, which led a year later to him being recognised by one of the hospital guardians and transferred to a private room at the Royal Bethlem Hospital in Southwark, with money raised through public appeal.

In Bethlem he was allowed to draw as much as he liked, and it was here that he produced the first of his facinating series of "kaleidoscope" cats. These ranged from relatively straightforward renderings of the cat itself, though painted in intense, non-naturalistic colour and surrounded by intricate geometric patterns which deny any illusion of spatial depth, to images in which the figure of the cat is exploded in a burst of geometric fragments, the like of which are not to be found in any of Wain's work before his illness. In 1930 he was moved to Napsbury in Hertfordshire, where he continued to work sporadically until his death in 1939. 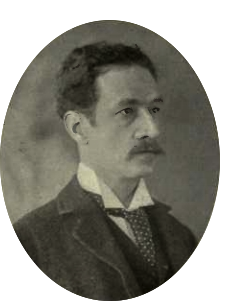