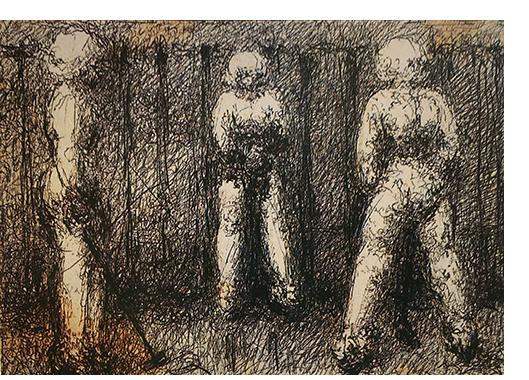 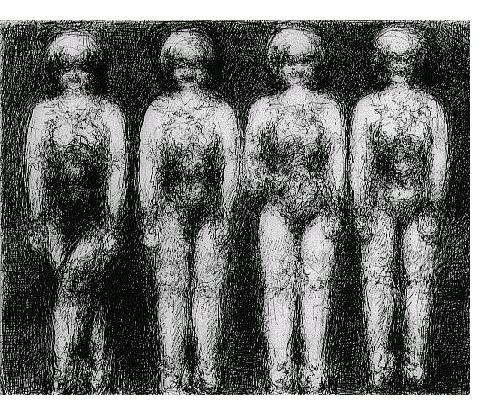 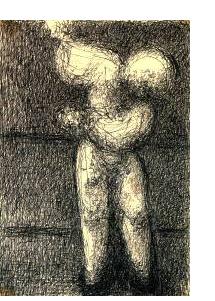 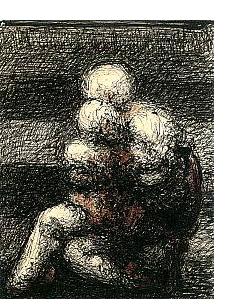 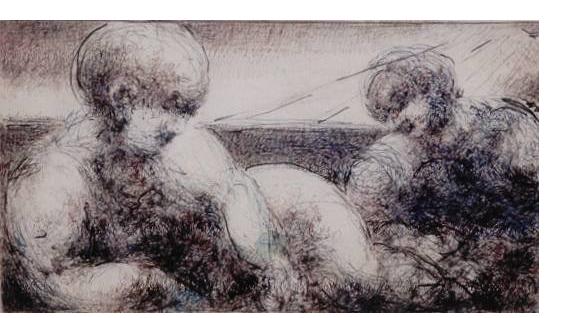 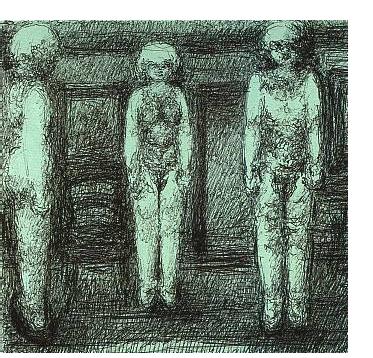 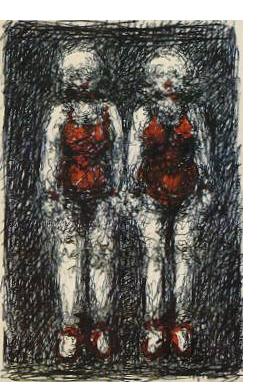 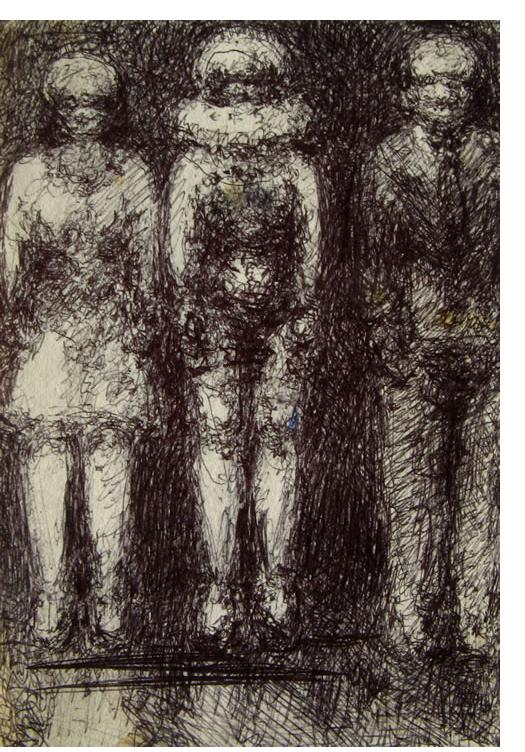 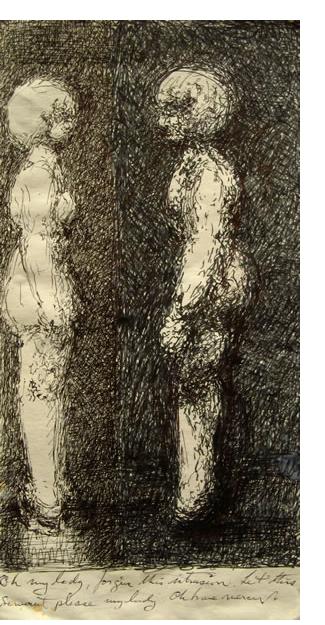 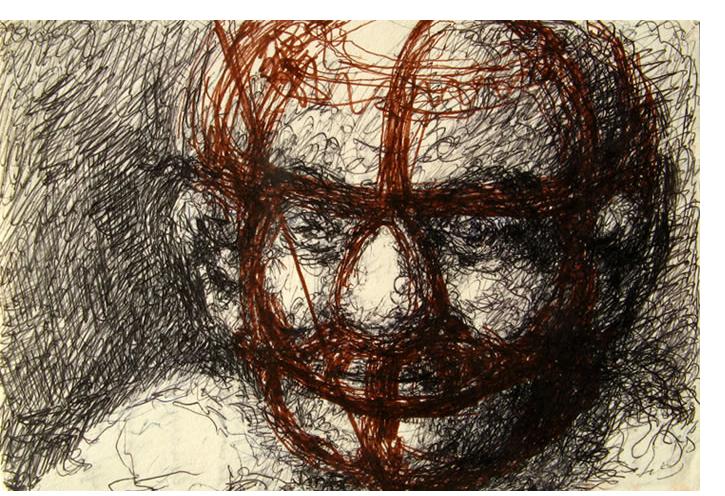 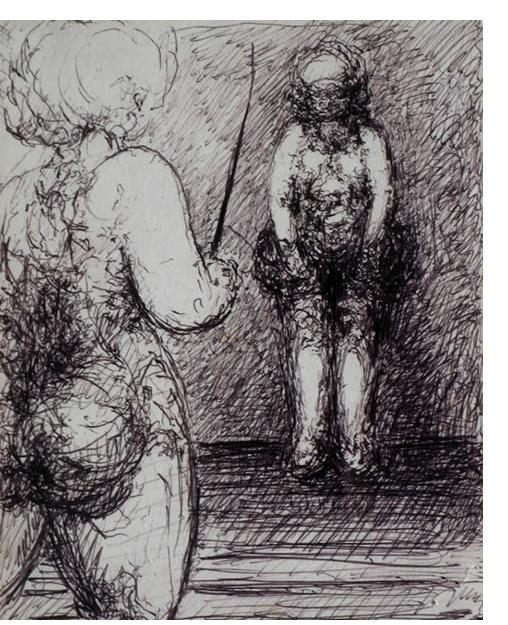 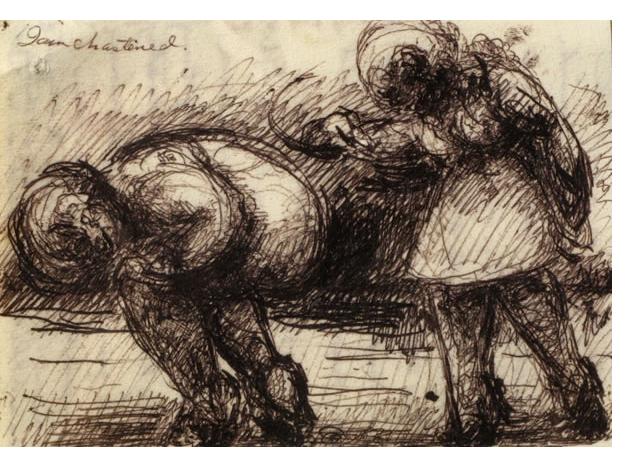 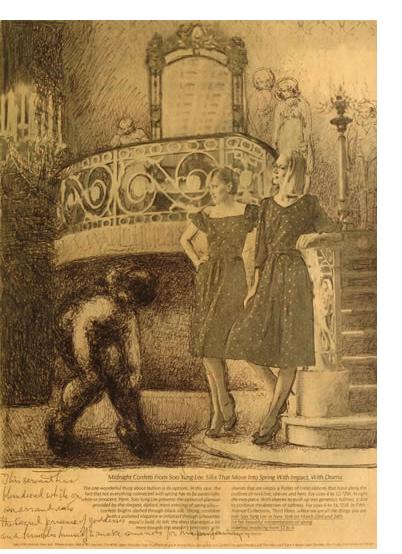 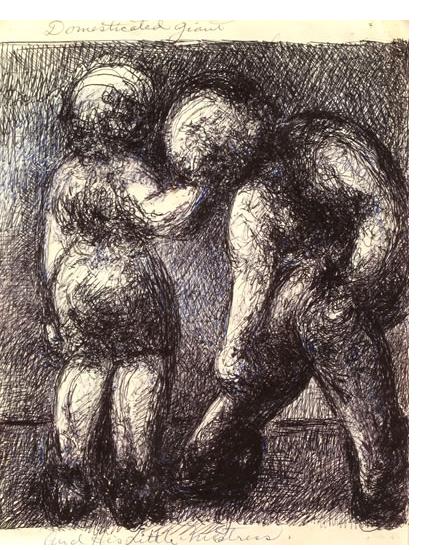 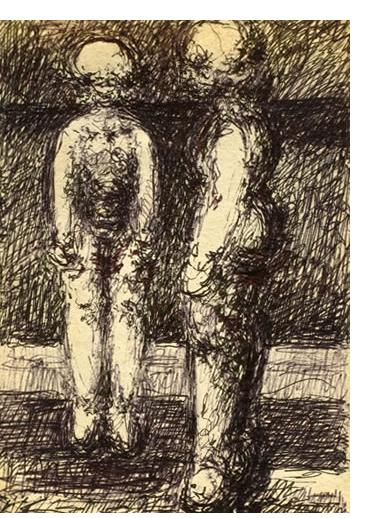 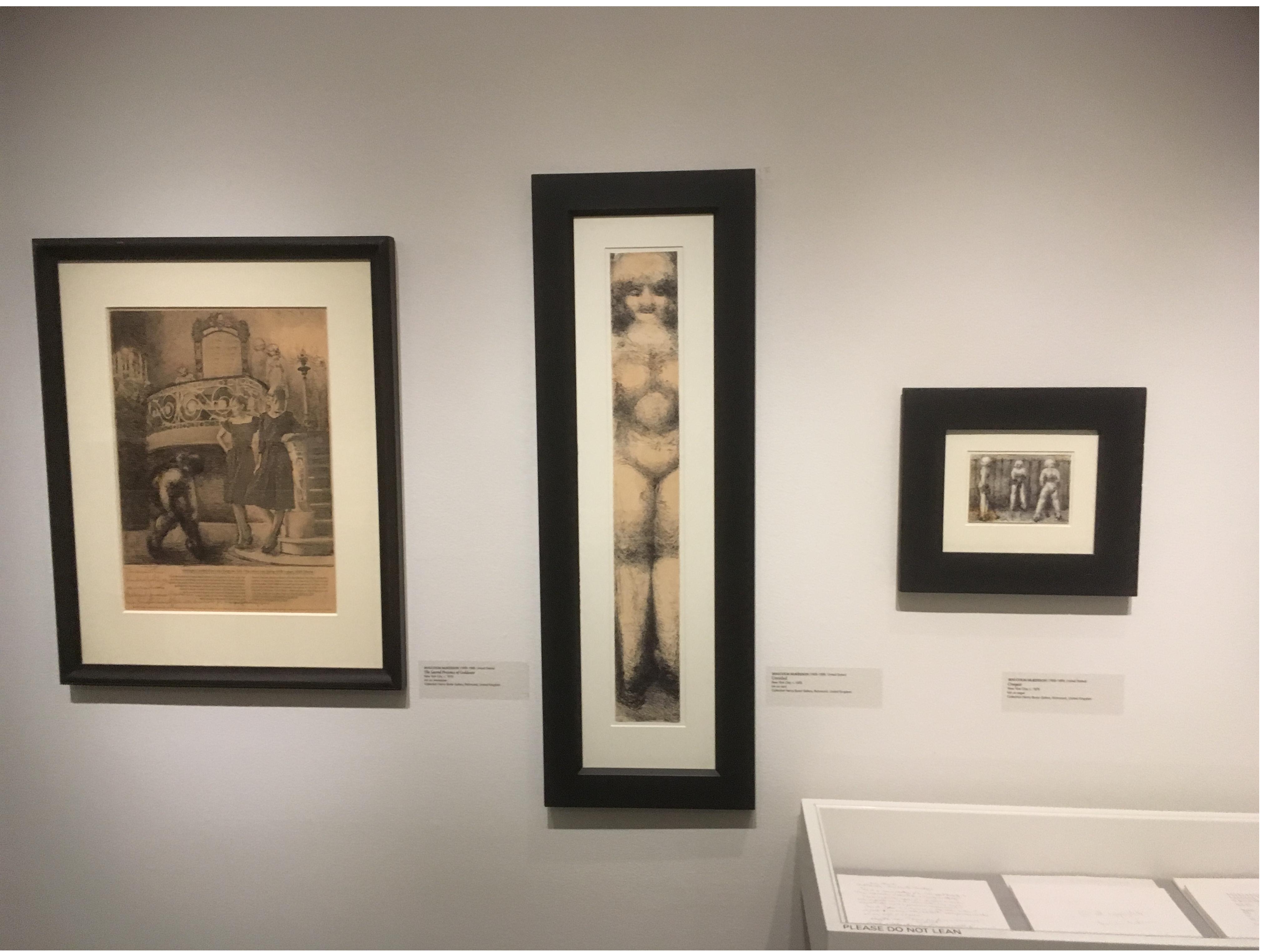 In direct opposition to the outsider myth, though self-taught McKesson came from a privileged background. Born in Monmouth Beach, New Jersey to a wealthy New York City family, he was a Harvard graduate, served in the U.S. Army and was socially well integrated. However, in 1961 he withdrew from his business and social life in order to devote himself to his wife, the poet Madelaine Mason, and to art. Though it lasted forty-eight years, the marriage was probably never consummated, with McKesson adopting the role of devoted servant, in awe of what he described as 'the strength and wisdom of the female'. He pursued his art in private, only revealing its existence after the death of his wife in 1990 and when he was well into his eighties. This exquisite drawing possesses a general aura of sanctity and tenderness, but characteristically it also has an unremittingly sexual undertone.

In the act of blessing we also witness the absolute submission of the one being blessed. McKesson said that when he drew he wanted to 'see the form of the undrawn' and 'to rediscover a buried tradition, to rediscover the female in the man'. He professed to having 'never had any sexual development'. As an adolescent he did not experience sexual longing for girls or have feelings about masturbation, and later declared himself 'basically asexual'. But some drawings were produced in what one writer has described as a 'hypnagogic, febrile state of sexual excitement coupled with anxious torment' (M. T. Wilner, in Malcolm McKesson: An Exquisite Obsession). Yet their sado-masochistic content is usually only revealed in titles or short texts written on the drawings. McKesson's fantasy world of servitude at the hands of powerful women is delineated in his 'autobiographical' novel, Matriarchy: freedom in Bondage, but it is in the drawings that he attains some kind of transcendence. 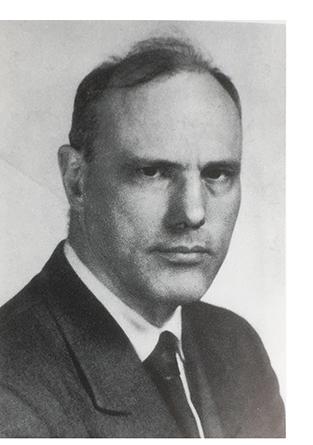