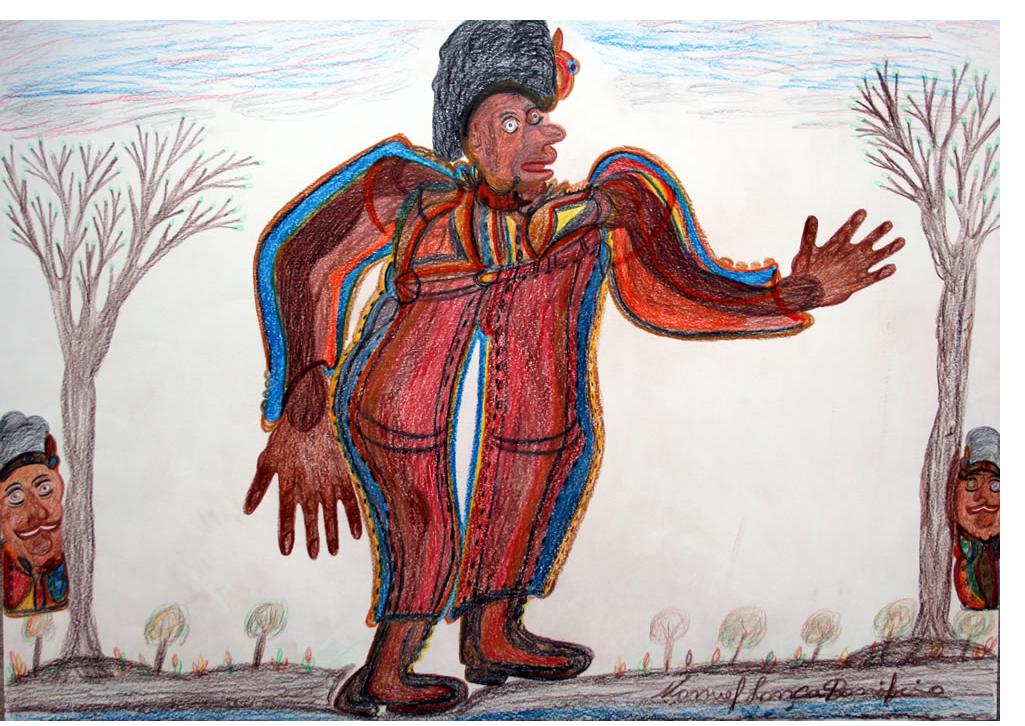 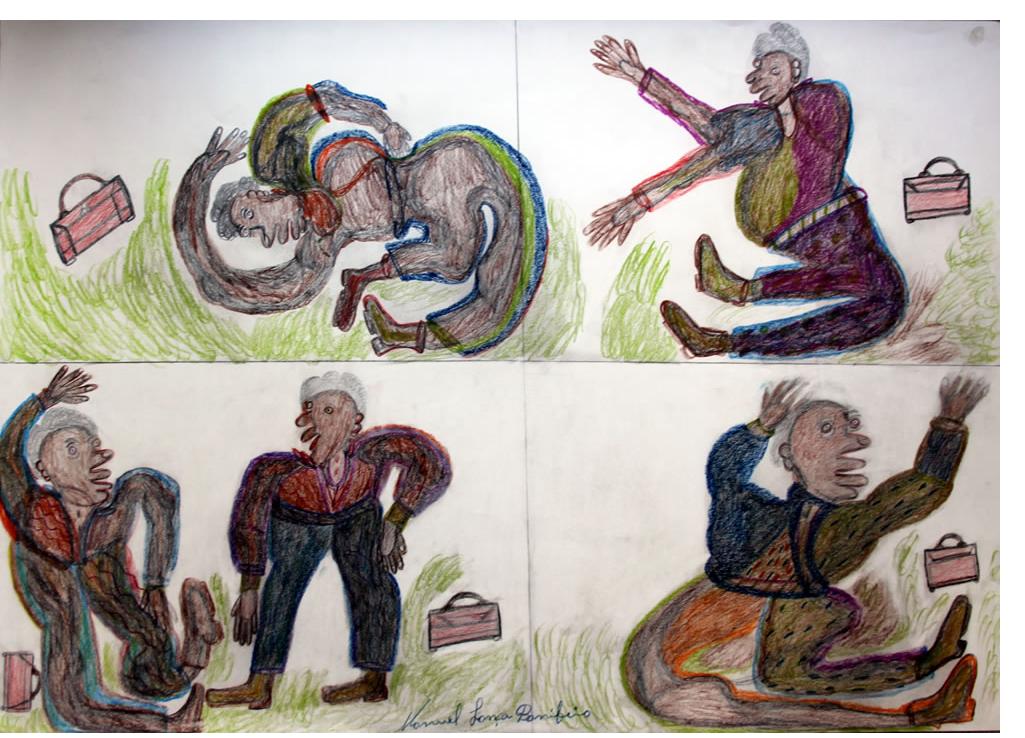 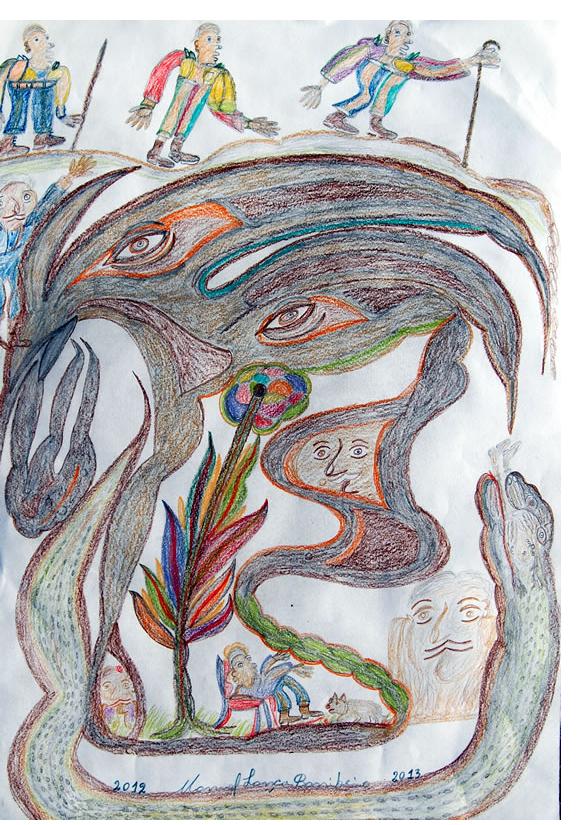 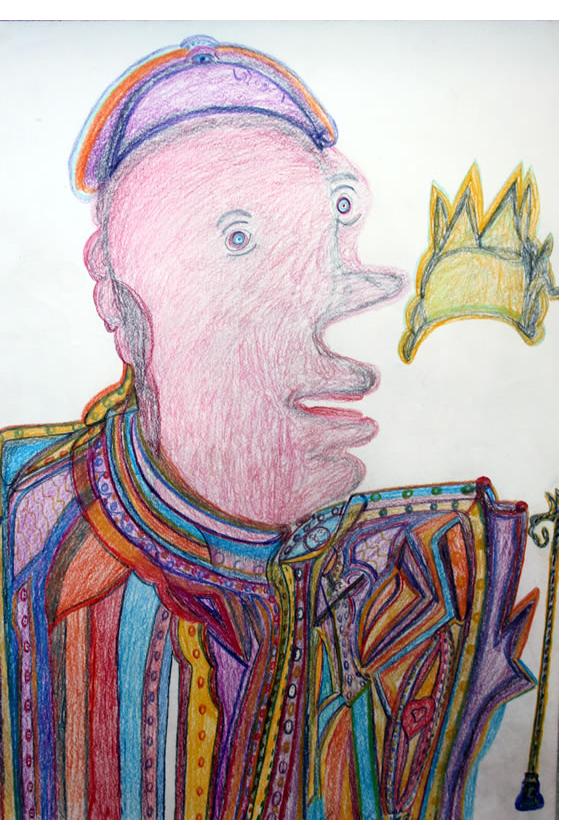 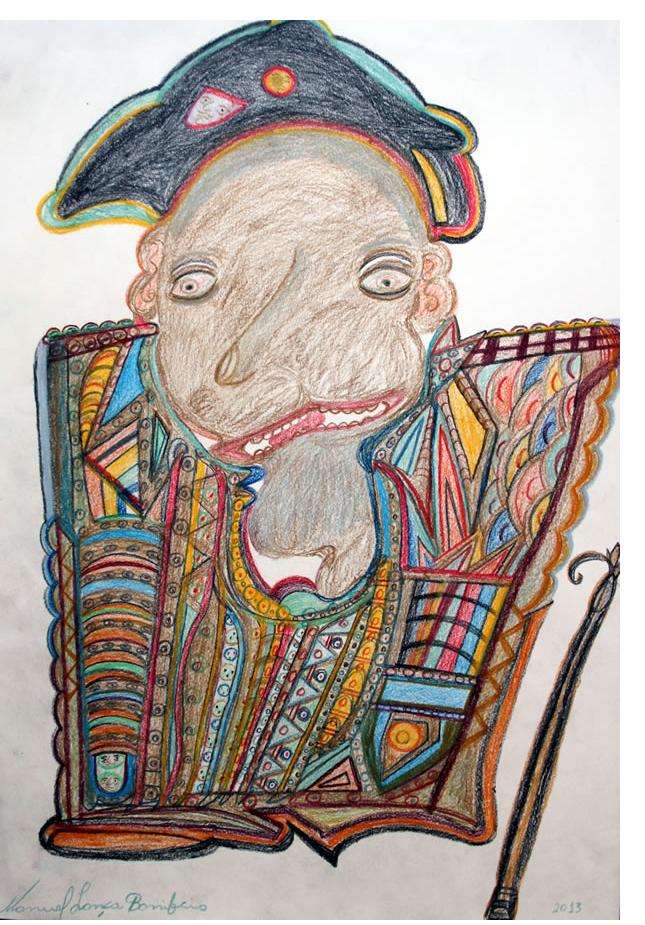 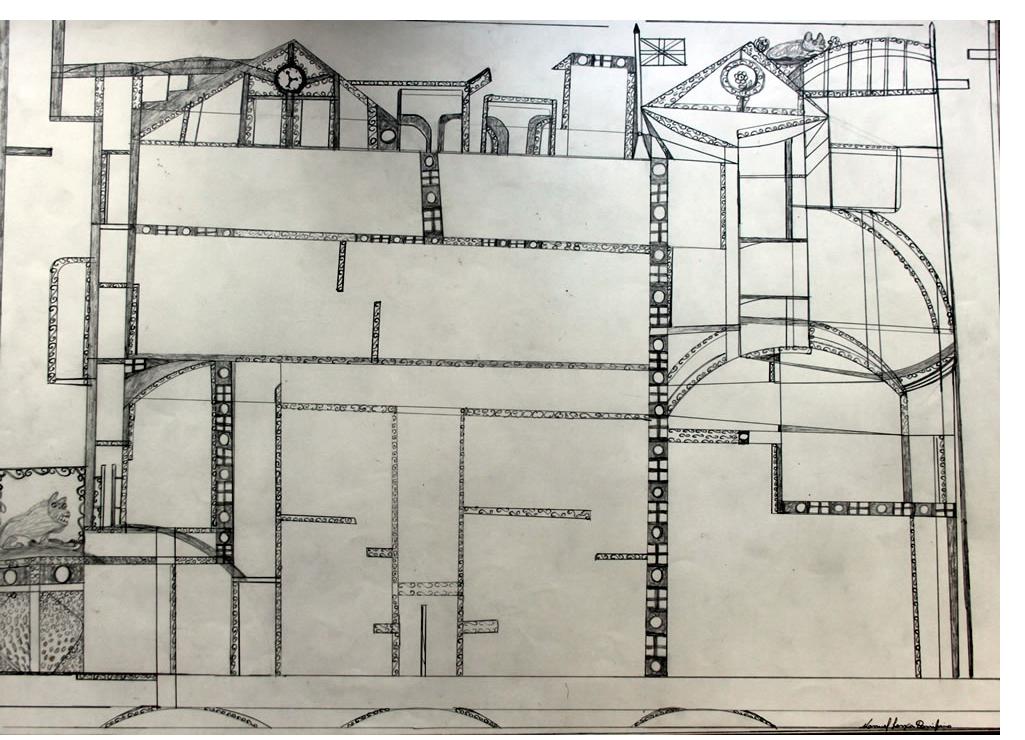 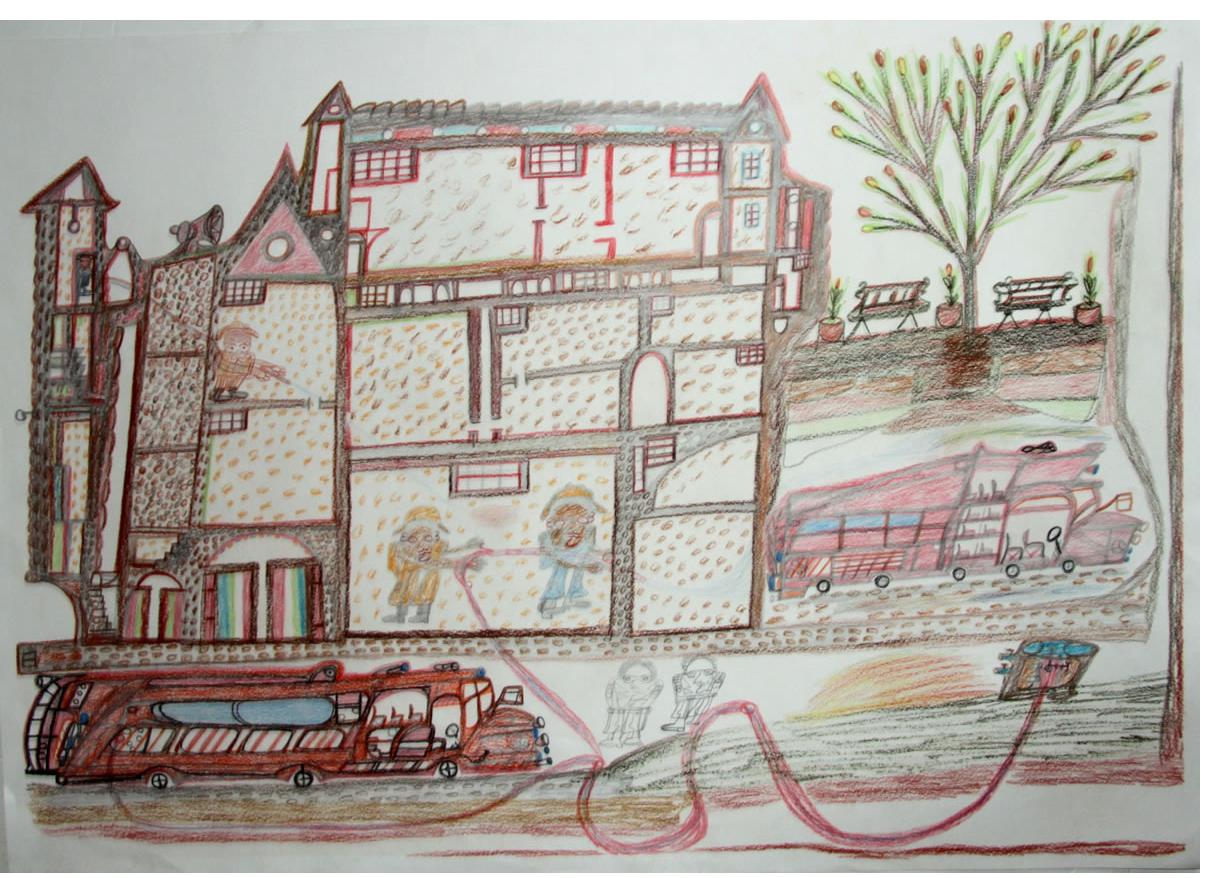 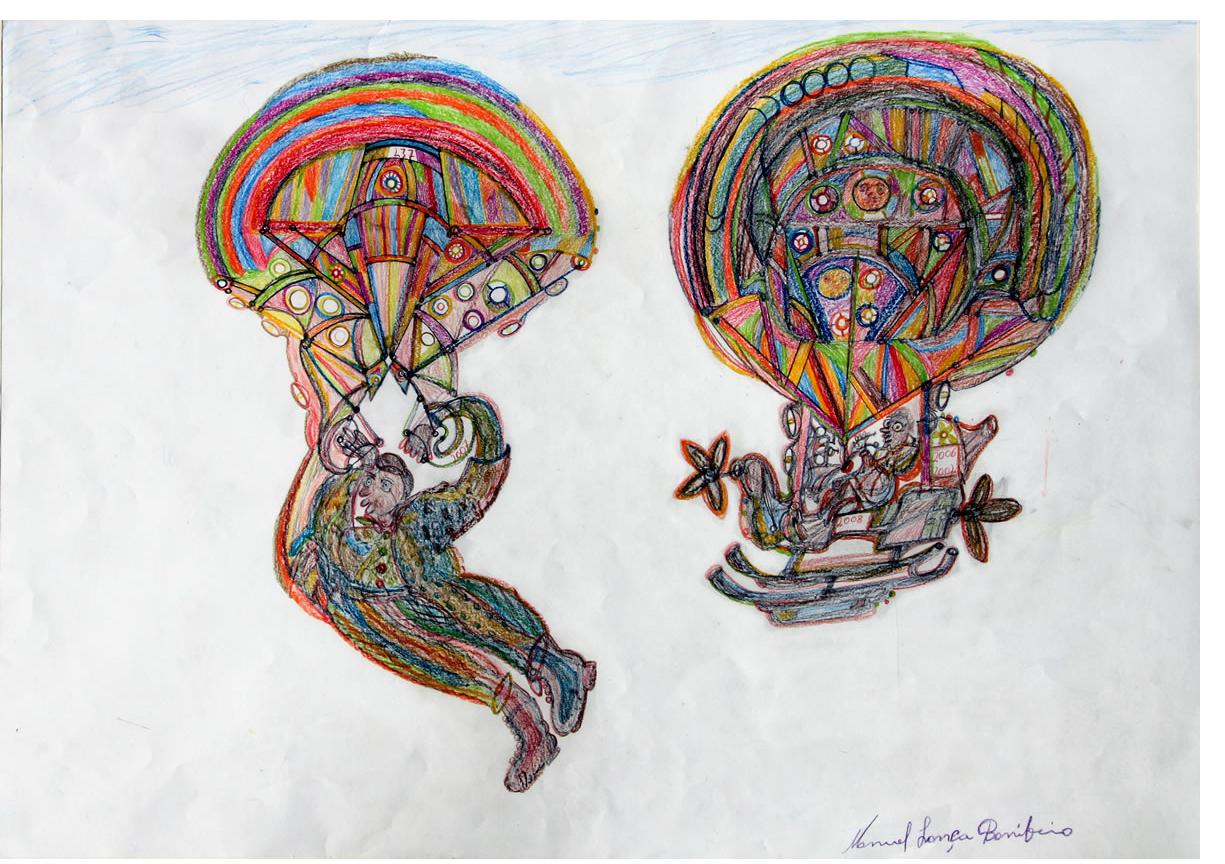 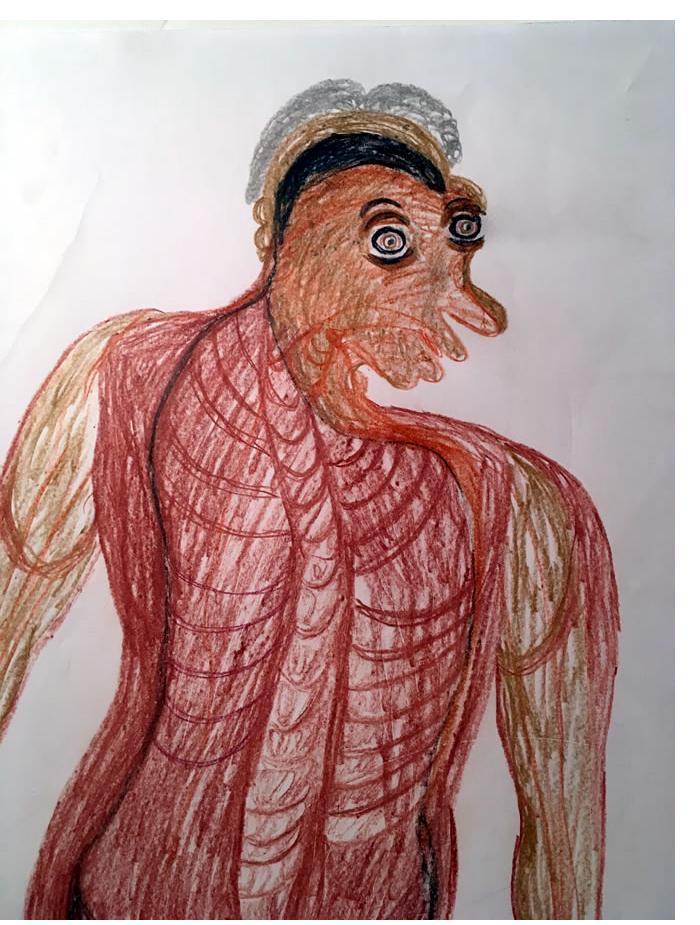 Manuel Lança Bonifacio was born in December 1947 in the Portuguese town of Faro, the capital of the Algarve. Now a busy tourist resort boasting an international airport and a marina, and known for its Ria Formosa nature reserve, it was in the post-war years still a town of modest size, with a fine cathedral and several churches, encircled by ancient walls built by the Moors. Here Bonifacio grew up and began to develop his twin interests, in observing the world and in making pictures. At the age of eight, learning difficulties led to his dropping out of the formal educational system. Instead, he turned to artmaking, and developed a passion for drawing and ceramics, a passion that has persisted to the present day. In due course, he was able to join the fire brigade as a young volunteer, although his ultimate dream was to become a soldier. His other great loves during these formative years included riding motorbikes.

Bonifacio was in his early fifties when his mother died; his father died a year later, in 2001. As a result, circumstances led him to immigrate to Britain, accompanied by his sister Maria Odone and her family. They took up residence in Cobham, a small town close to Guildford, the Surrey capital. Manuel Bonifacio is a soberly dressed and polite man who lives quietly in a flat in Cobham. Places, both past and present, are important to him, and he enjoys regular walks of several miles, for instance along the river to Kingston-upon-Thames, during which he will sometimes pick up discarded materials to incorporate into his work. He takes great pleasure in visiting art galleries and museums, such as the G.F. Watts Gallery or Hampton Court, usually accompanied by his sister, some friends or the Art Venture studio group. Such trips often provide inspiration for his own pictures. He still cultivates a habit dating back to childhood, when his parents encouraged him to jot down street names and to sketch buildings in a small notebook. He once put his situation plainly: “I like to walk and look around, looking at buildings.” Illustrating this, one of his larger drawings depicts a statue that stands in his home town, in the High Street of Cobham.
ROGER CARDINAL. Taken from the article in Raw Vision magazine, 2014.

Manual Bonifacio's work can be found in The Collection de l'Art Brut, Lausanne. In 2012 he was the winner of the prestigious 'OUTSIDE IN' award for marginal & outsider art, selected from many hundreds of entries throughout the UK. This was followed by a one-man show at the Pallant House Museum. The artist is now exclusively represented by the Henry Boxer Gallery.

"I draw what I feel I like. I do not copy any work from anywhere else, I just use my own imagination and what I feel at that time. I then produce the work as I see it in my head. There is no process; I draw what I want"

Winner of the 2012 'Outside In' award for outsider art.