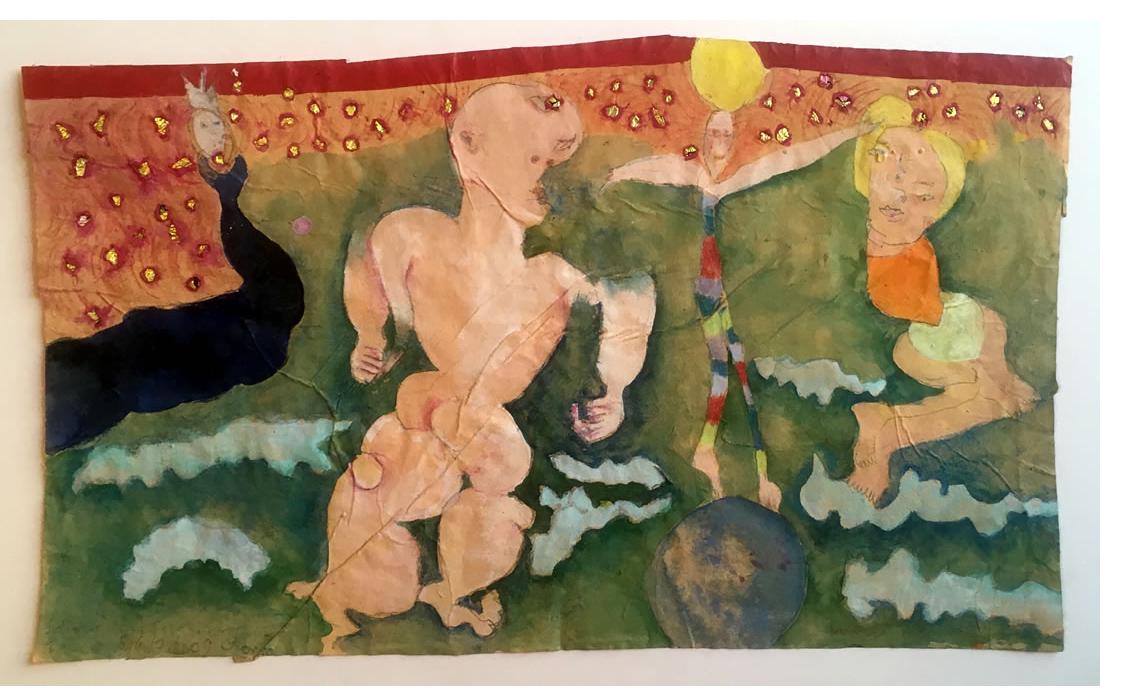 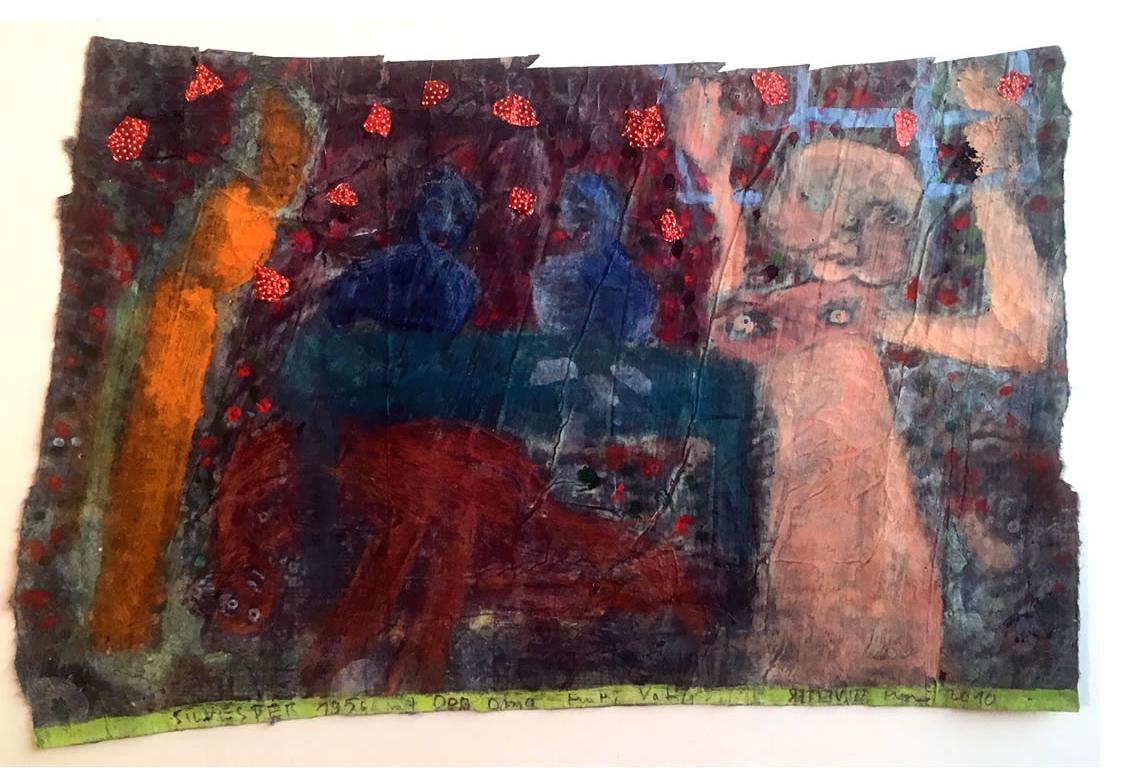 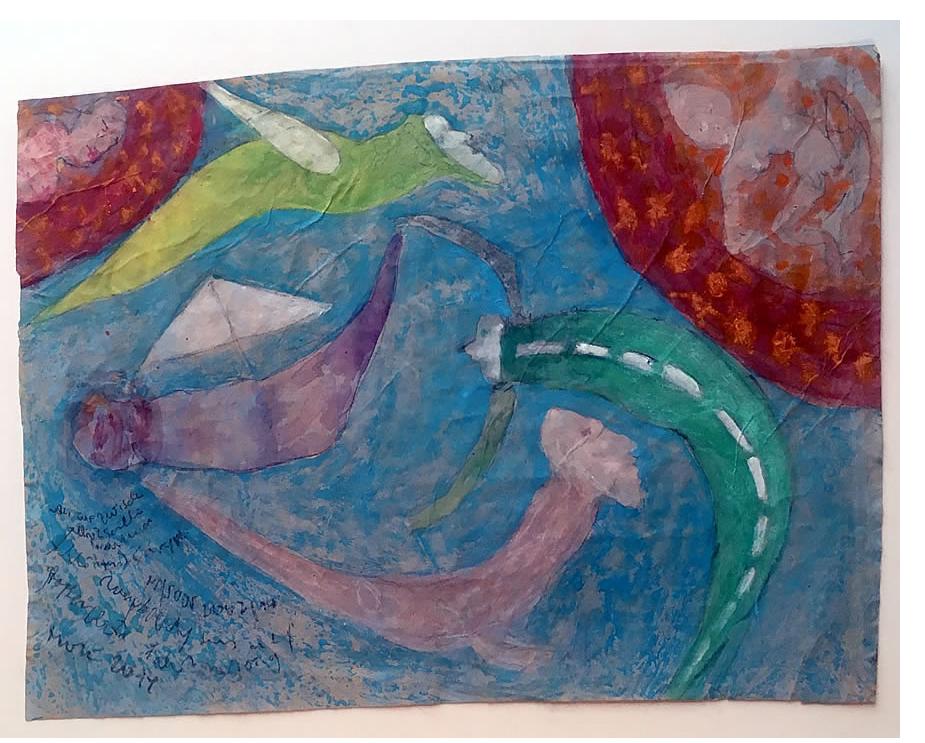 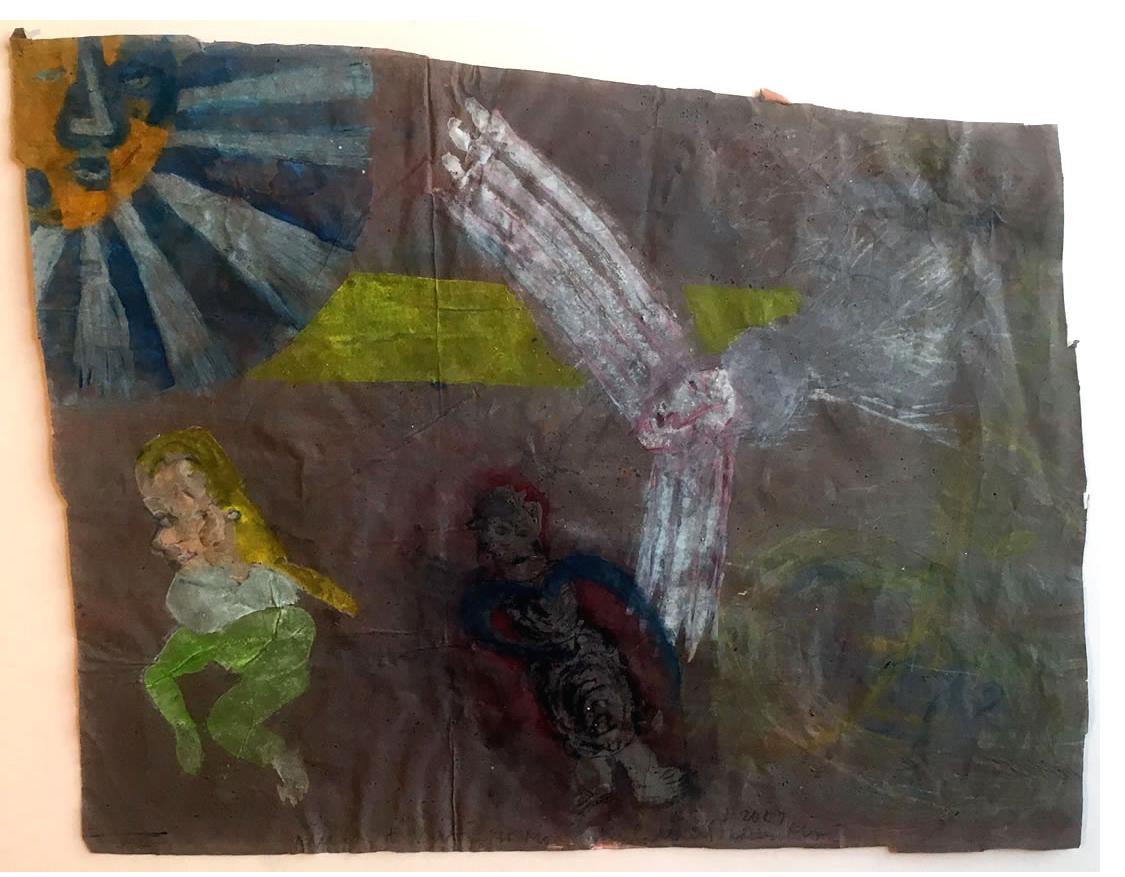 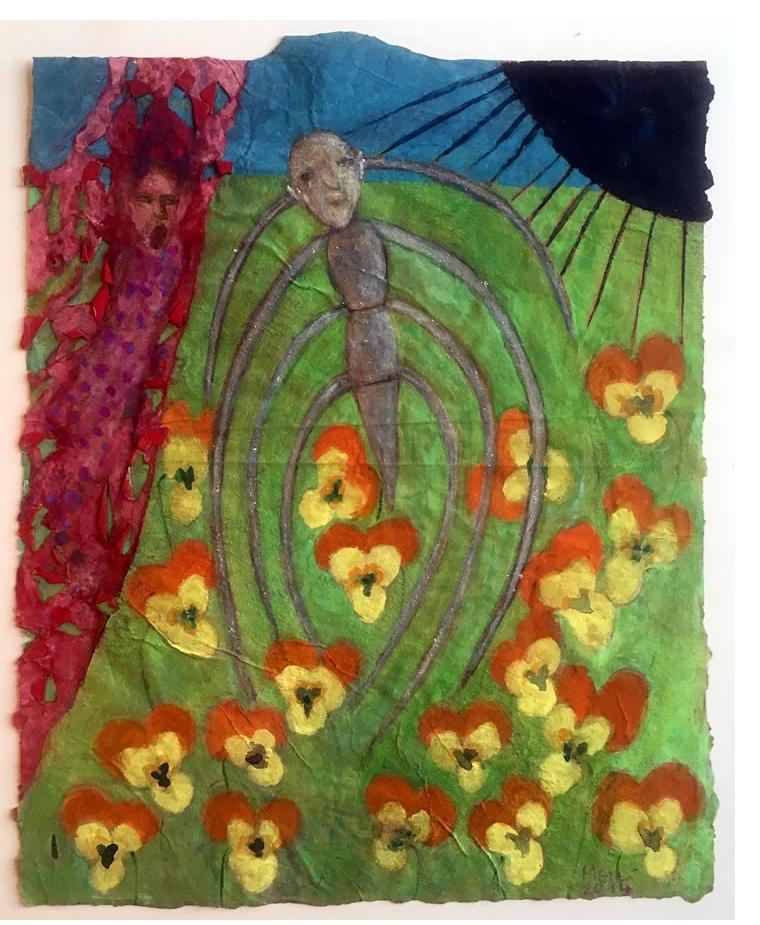 As a child Monika Maurer-Morganstern loved to draw, because she often had no paper or art materials, she and her sister drew on the edges of newspapers.

In 1958 she escaped with her family from GDR to West Germany, and during the period 1964 to 1968 she worked as a teacher with children in Stuttgart. In 1968 she moved with her husband to Munich, continuing the education of her two daughters as a housewife .

In 1969, after painting two beautiful little pictures, she made the decision to become a ´painter. She painted in the evening at the dining table, whilst the children slept. It became an obsession. She had no models and for some years she did not attend art exhibitions because she wanted ´to be herself, with her dreams, and her inner processes, pure and unsullied´. She had thus become an art brut artist - it was her calling.

From 1981 to 2012, she taught illiterate adults to read and write. In 1986, the Munich Kulturreferat organized an important solo show of her work at the Munich City Museum. Numerous exhibitions followed in In Munich and other venues. Her enigmatic and mysterious small paintings were taken to art fairs in Cologne, Brussels and Switzerland and more recently displayed at Outsider Art Fair in new York and Paris.

Since 2012 this outsider artist lives in Berlin. There in 2016, her last solo exhibition took place in the gallery ART CRU. The last participation in a group show was in Cavin - Morris Gallery New York - RINGS AROUND THE MOON in 2018. She is now represented by the Henry Boxer Gallery, London.

Translated from the German.