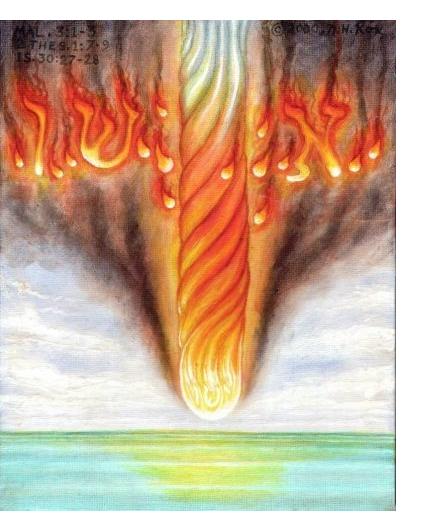 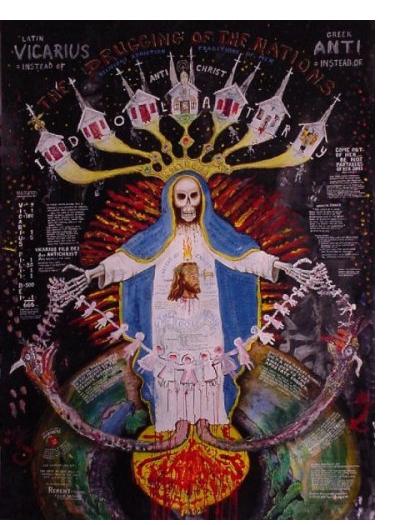 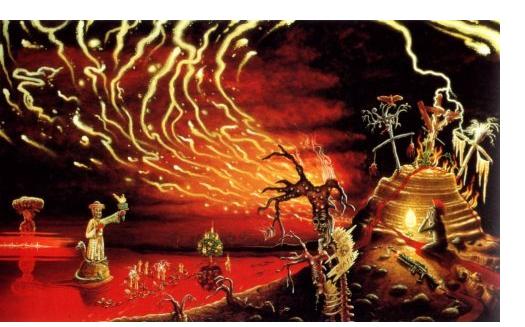 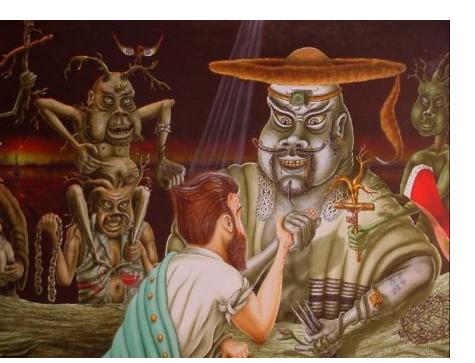 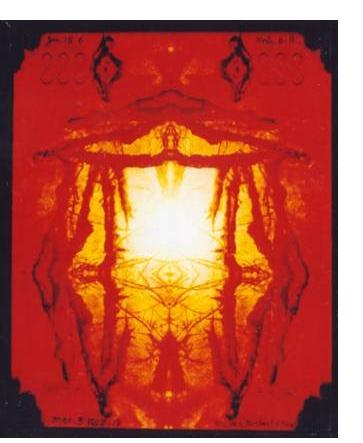 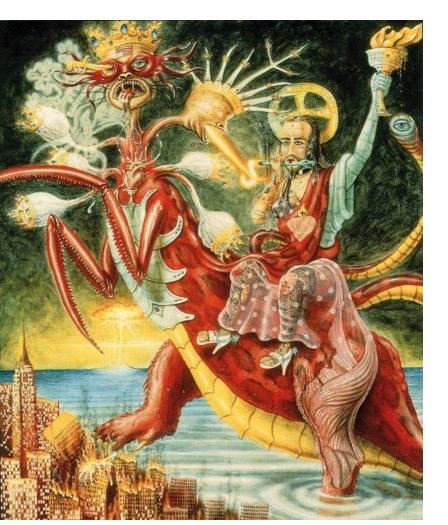 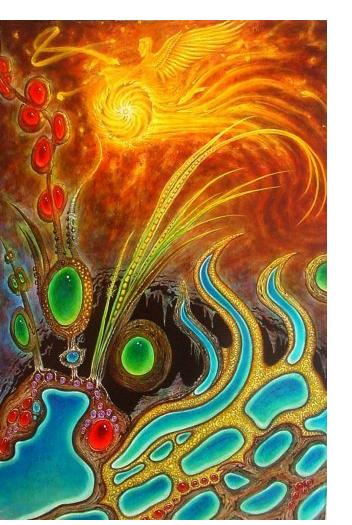 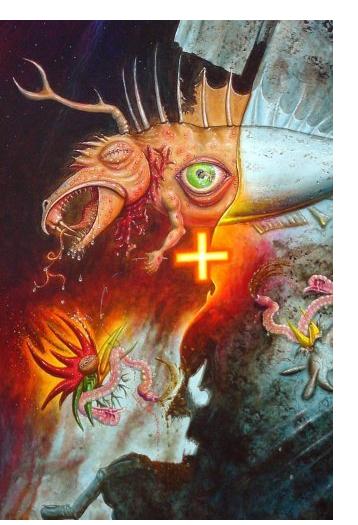 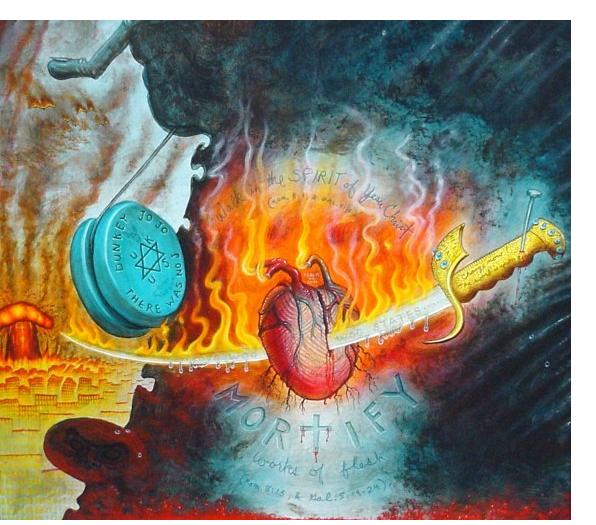 Norbert Kox (b. August 6, 1945) lives today as a semi-recluse, just outside of his hometown, Green Bay, Wisconsin.

Kox has created artwork since childhood, and has painted in oils since 1963, and acrylic with oil since 1975. He began exhibiting his visionary art in 1988. His works have been exhibited in the United States, The Bahamas, Australia, Germany, and England, and have appeared in the New York Outsider Art Fair every year since 1993. His works also appeared in six of the eight shows at the American Visionary Art Museum in Baltimore, since it's opening.

Many of his recent artworks [since 1998] are riddled with "bible codes" [equidistant letter sequences] he finds in a computerized grid of Hebrew letters.

Norbert Kox's Apocalyptic Visual Parables sound a strong warning against the counterfeits and dupes of modern Christianity and other world religions and philosophies. Like the paintings of Matthias Grunewald and Hieronymus Bosch, Kox's images can be extreme and disturbing.

"But there are always flashes of light and spirit within the darkness - signs of hope and renewal that are secretly inscribed in his own life and flesh. Born to be wild (in keeping, perhaps, with the coincidence of his birth on the very day that the atomic bomb was dropped on Hiroshima) as a high school drop out he spent time in the Army in Germany Returning to Green Bay after a lackluster military career, Kox embarked upon an outlaw biker life of booze and drugs, making an income from his work in an auto body shop. Having reached the depths of despair in the mid to late 1970 led to a dramatic [spiritual] experience, the renunciation of his former dissolute life, and a ten-year retreat in the woods of northern Wisconsin where he prayed, meditated, studied the scriptures, and preached his new found insight into the hypocrisy of conventional life and religion. Returning in the late 1980s from the wilderness Kox continued his religious ministry by powerfully communicating God's most secret messages through his intensely glowing paintings (he has developed his own techniques of translucent acrylic glazing) and biblically haunted found-object assemblages.Kox quietly and passionately persists in his attempt to unveil the mysteries of God's strange missives to humankind."
- Professor Norman J. Girardot 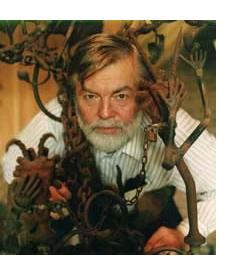