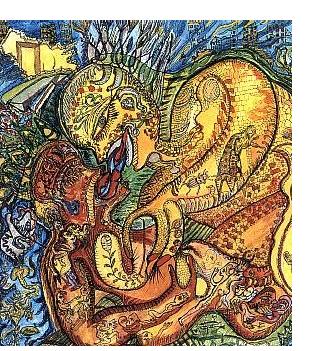 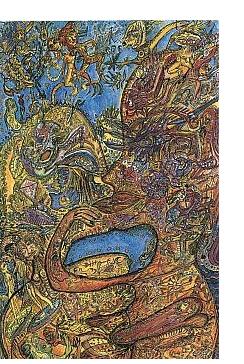 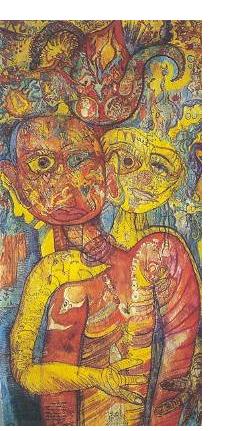 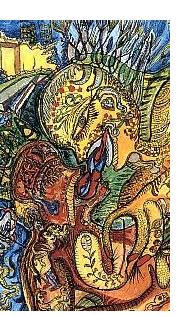 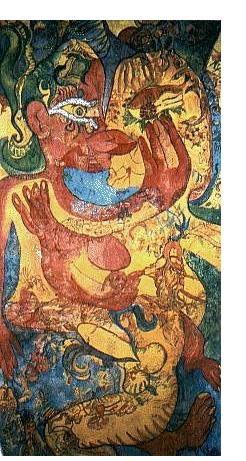 Born in Istanbul to a Sephardic Jewish family, Saban received a convent education until the age of sixteen. She was brought up beside the sea by her mother and step-father, a Moslem and restorer of glass and painted miniatures, who was also an amateur musician. His artistic influence on the young Ody was profound, as were the old Turkish embroideries her mother collected to make fabric assemblages.

She has lived in Israel and New York, but for much of her adult life has lived and worked in Paris. This rich varied cultural upbringing and experience engendered simultaneously distaste for religious and cultural dogmatism and a sensibility which embodies East and West.

The abiding themes in Saban's work are the sea and the erotic (she says, 'Historically, love belongs to the Orient'), which taken together perform a hermetic, oceanic world in which the concept of the fluid is both literal and a powerful metaphor. Embracing or copulating couples are often the major compositional element, their bodies forming a cross whose diagonals signify multiplication. The lovers and the space around them are characteristically filled with living objects that enact the fulfillment of their own desires, and all is seemingly in a state of flux and renascence; flowers are eyes, cheeks are lakes, landscapes are bodies, sexual organs are plants. It is important to recognise that this is a mere artistic conceit, for Saban presents the viewer rather with what she has seen to be true: "My art is magic art. I am a shaman, a seer. I am in continual metamorphosis... I transform myself, For example, I feel a flower. I enter into its skin and regard the world through it, just like I enter into the skin of someone else." 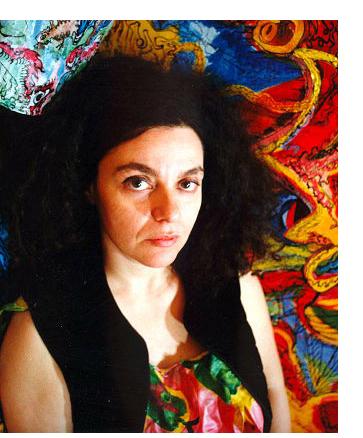