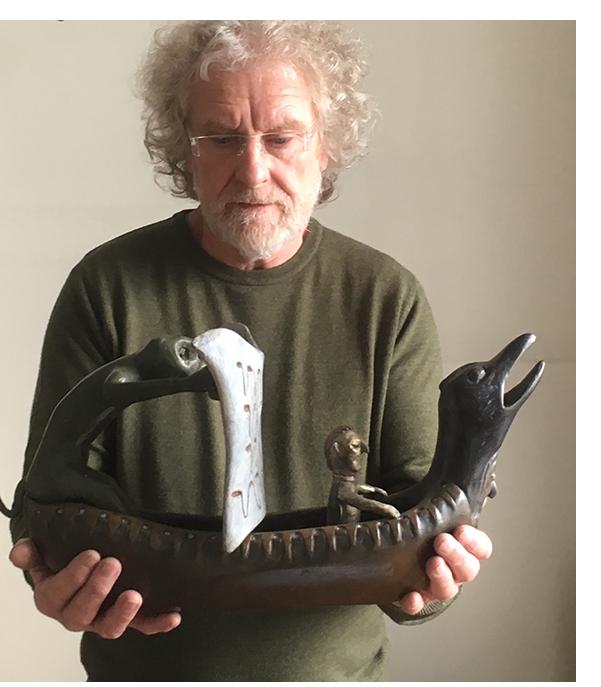 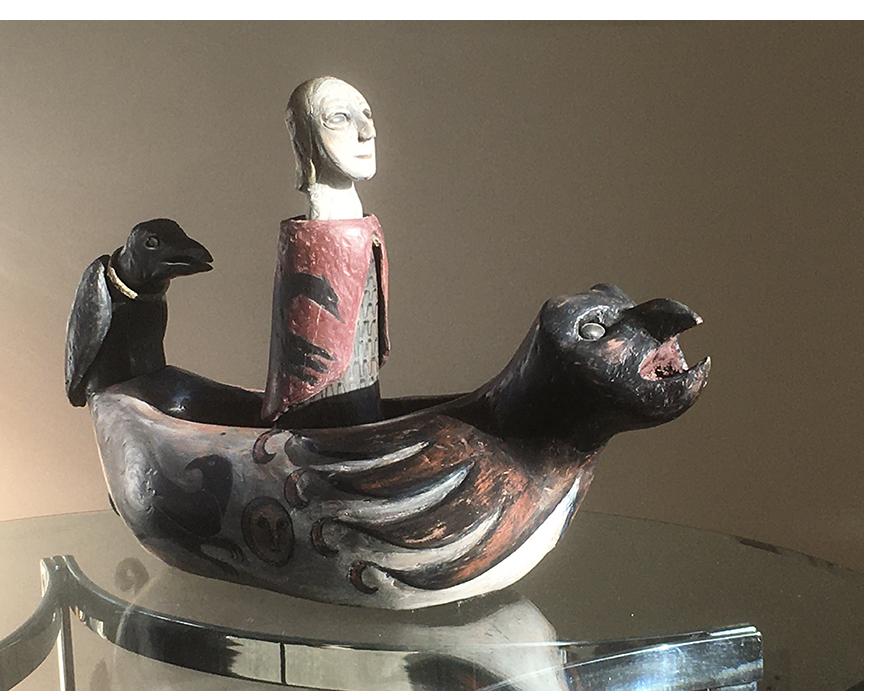 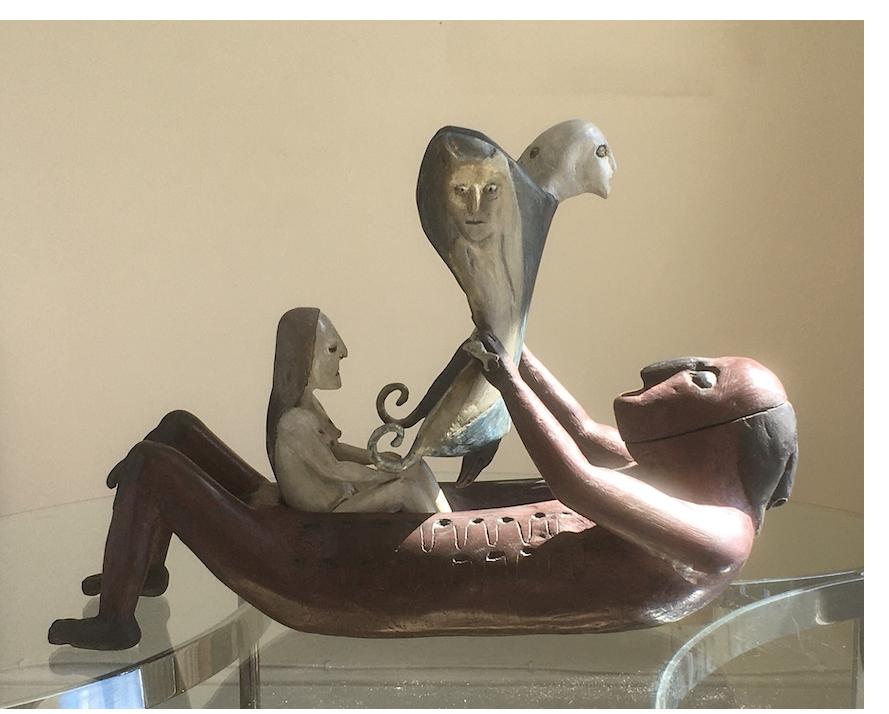 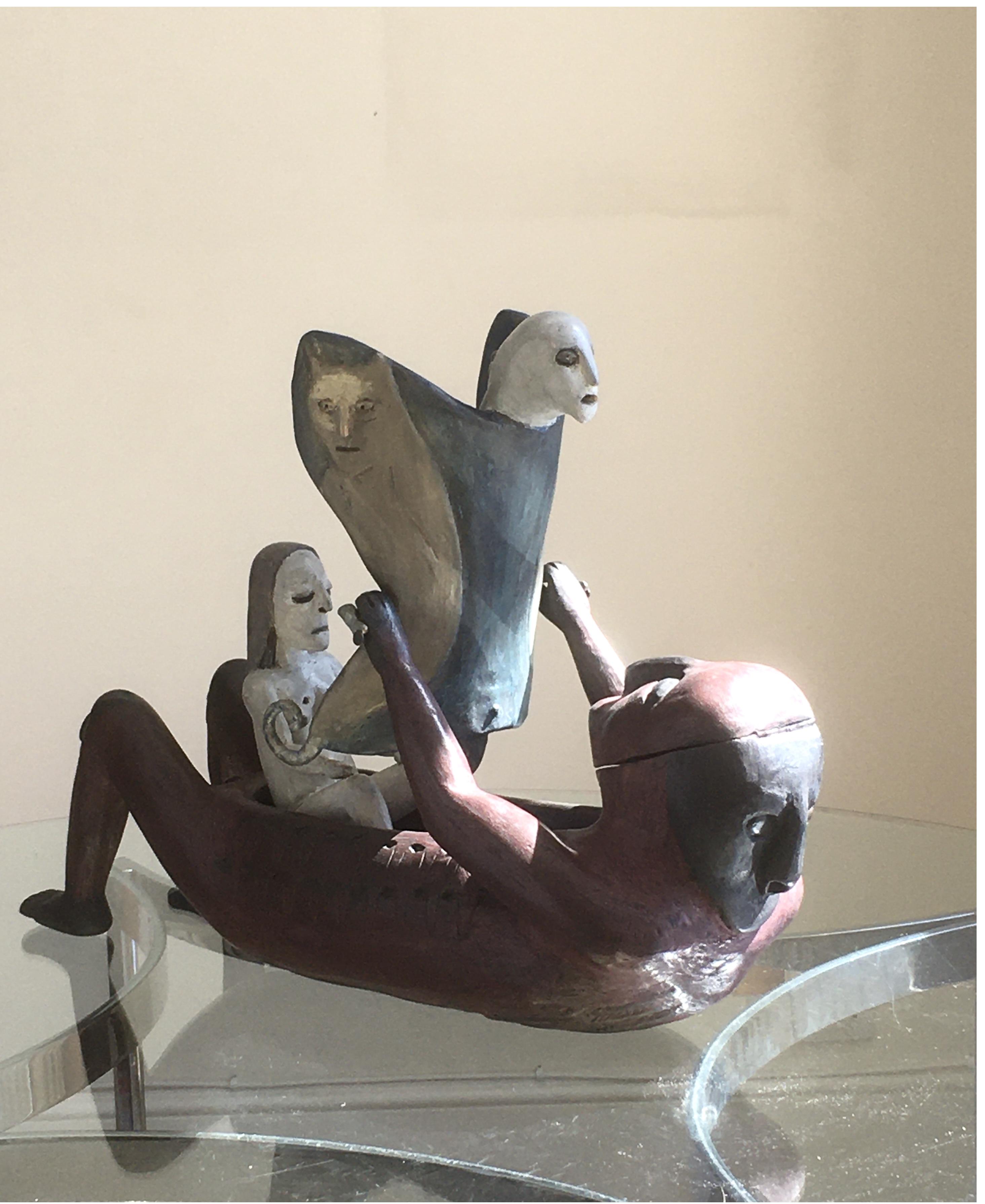 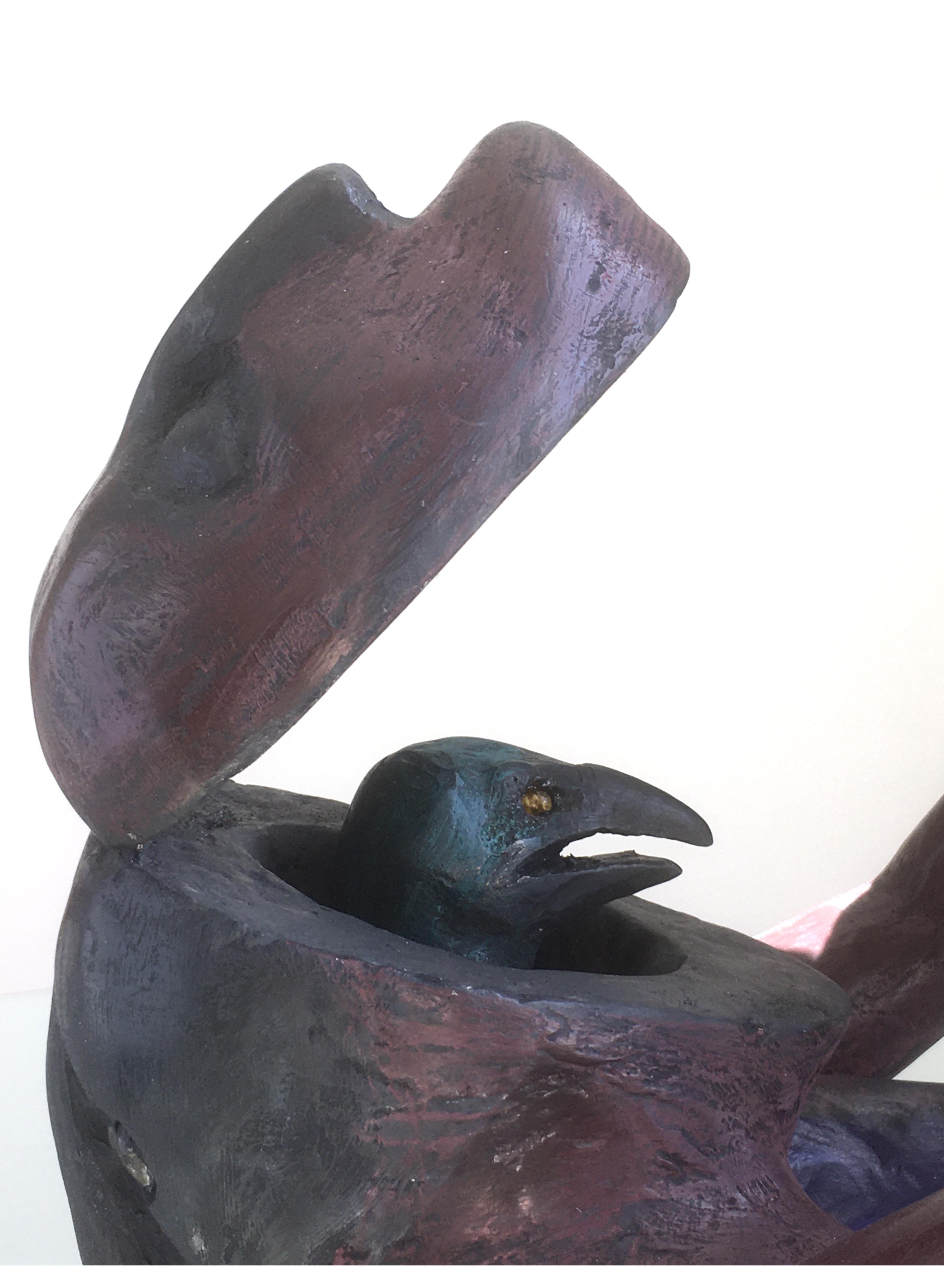 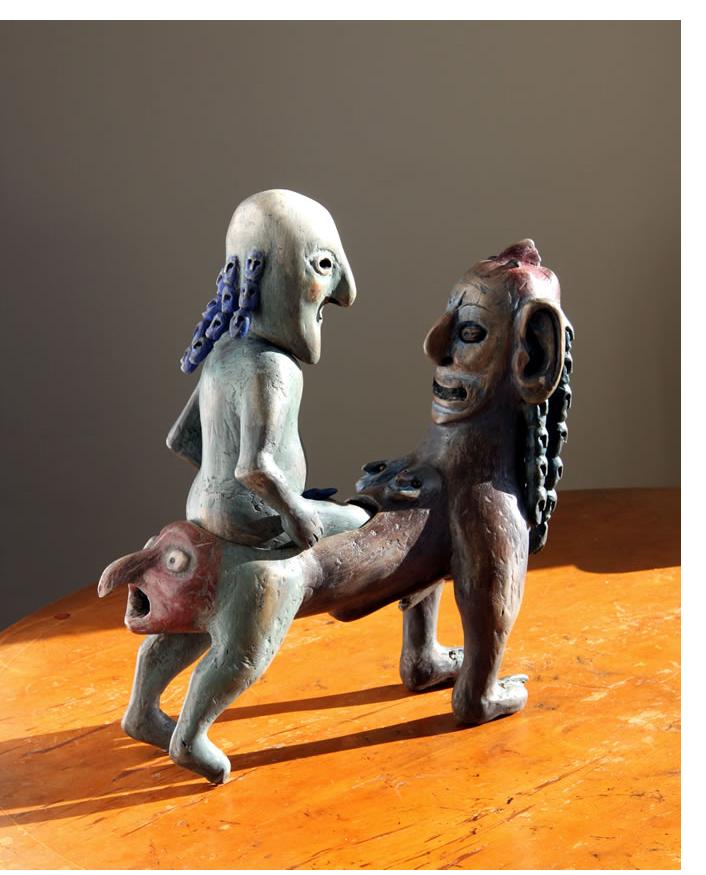 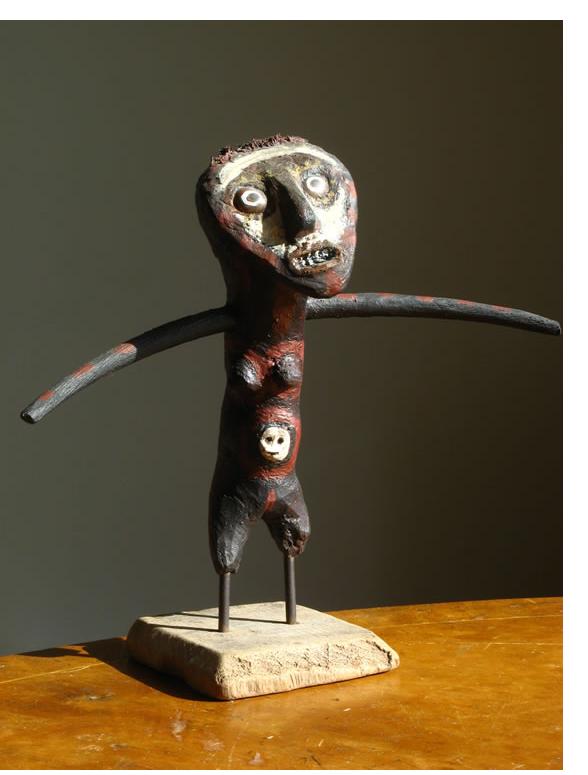 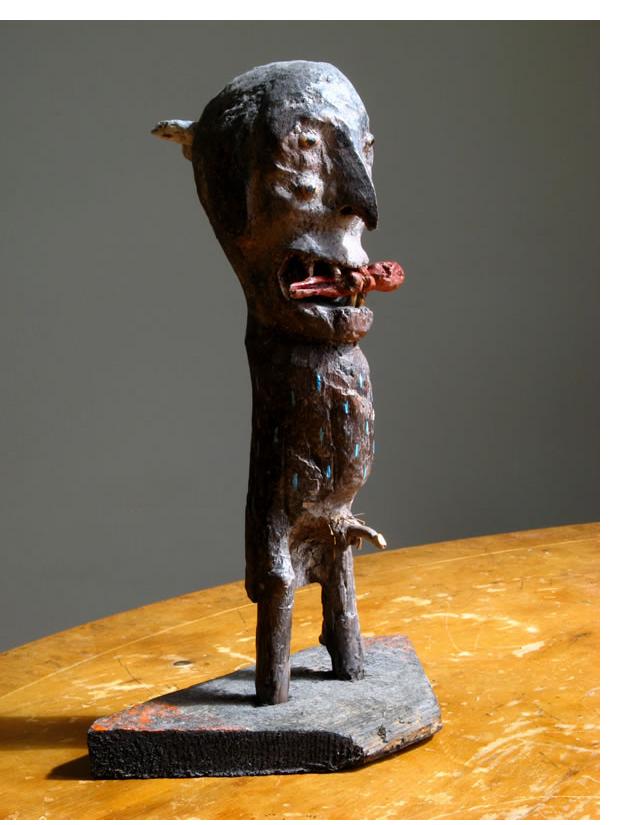 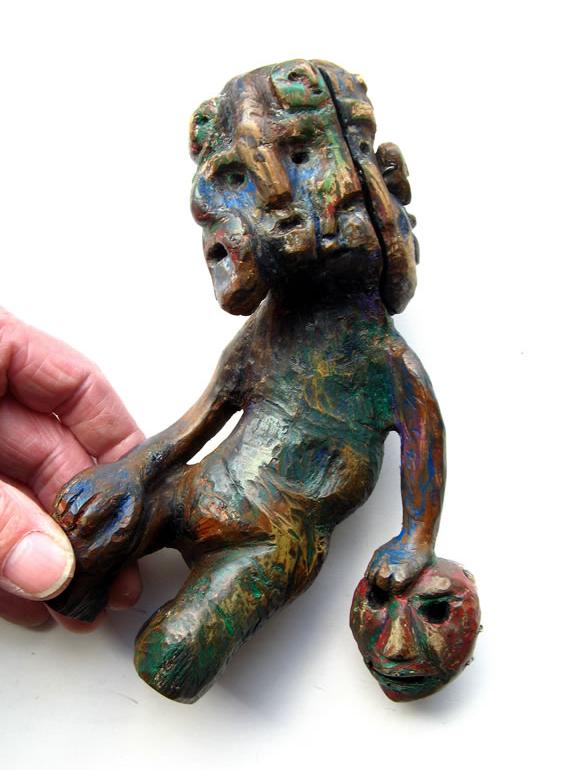 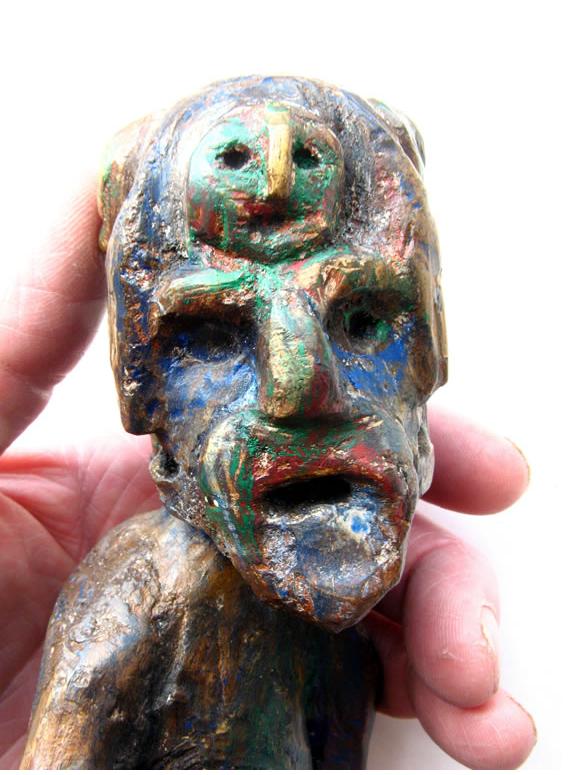 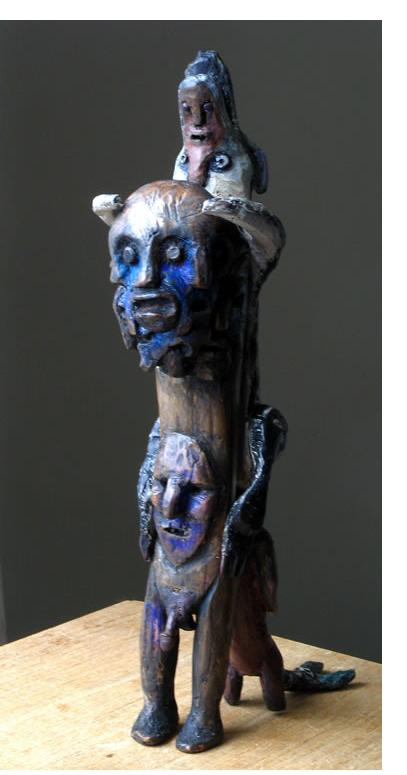 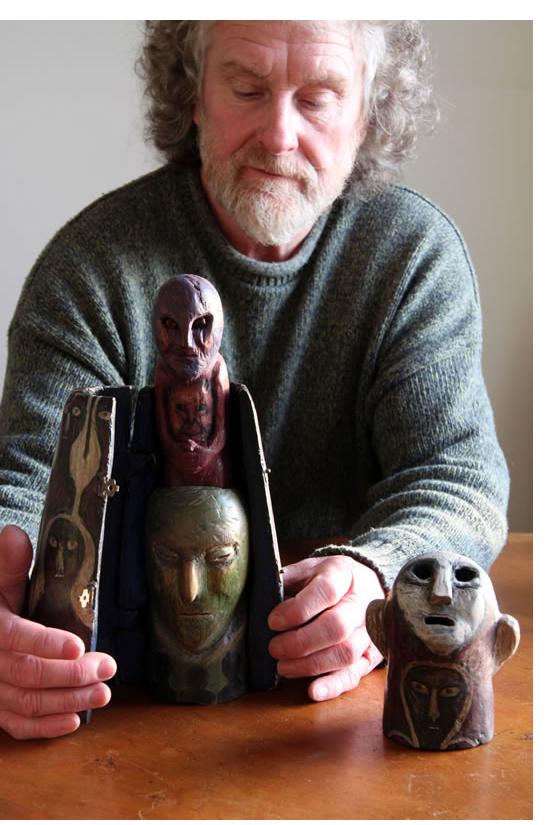 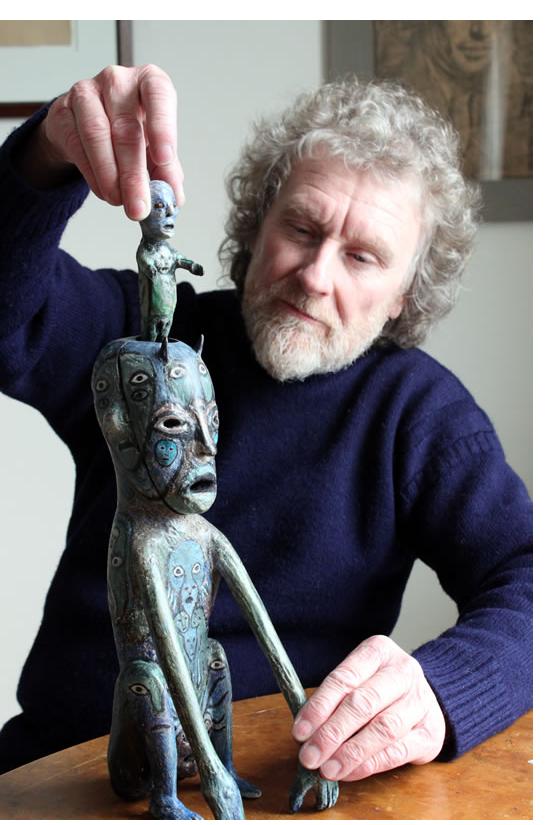 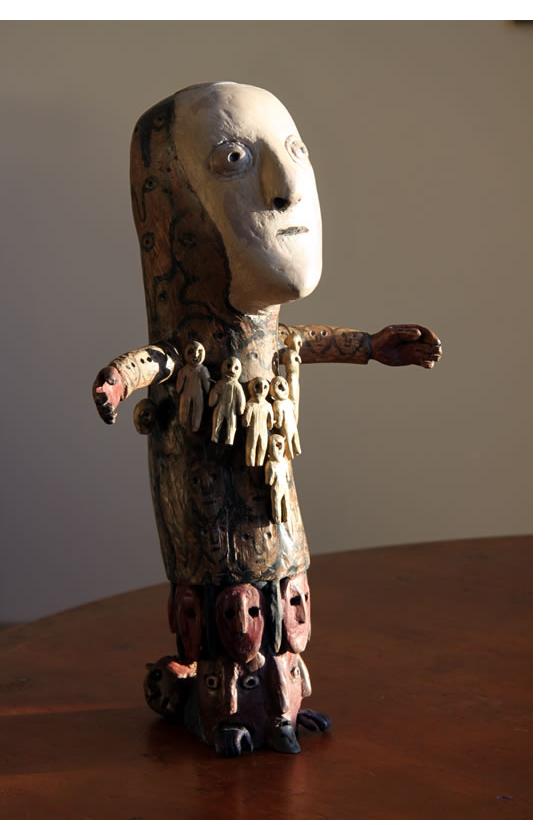 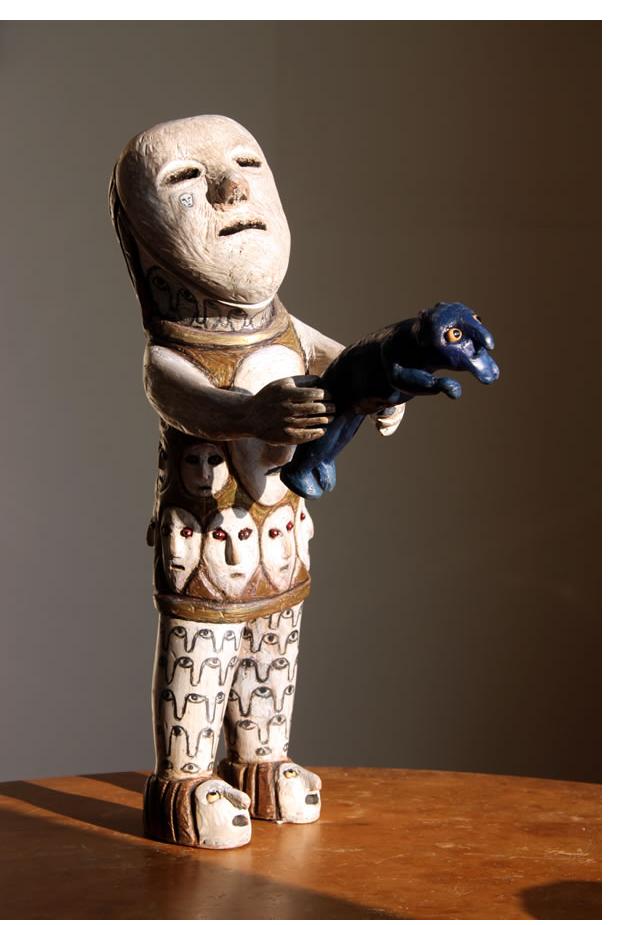 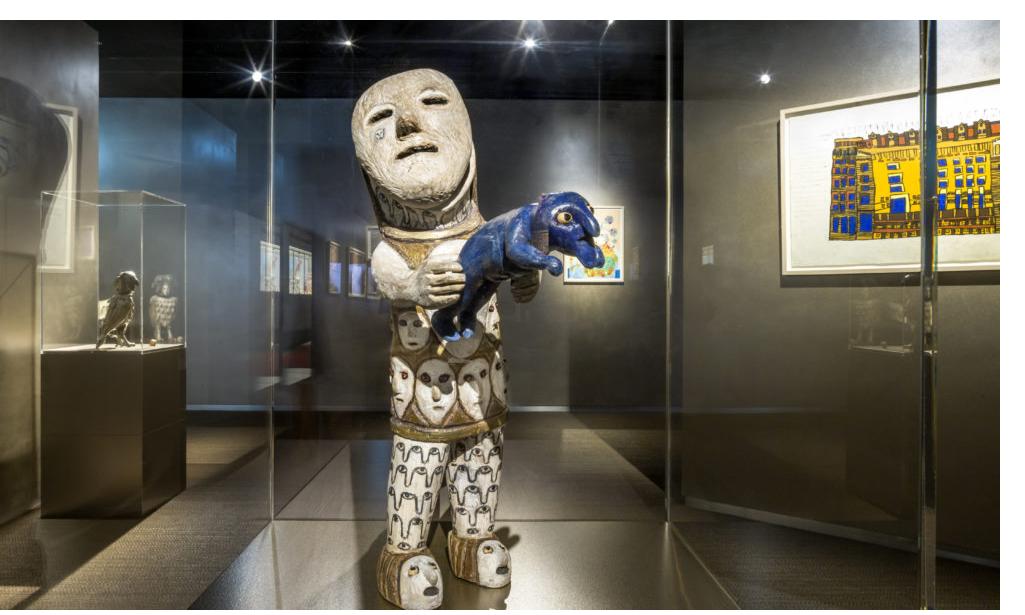 Smoth's work in the permanent exhibit at Museum Dolhuys, Netherlands 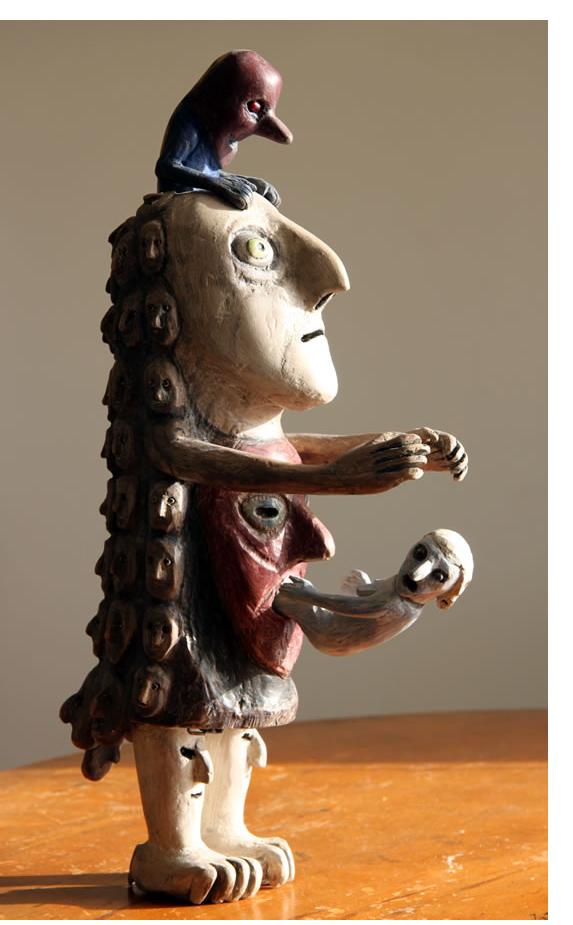 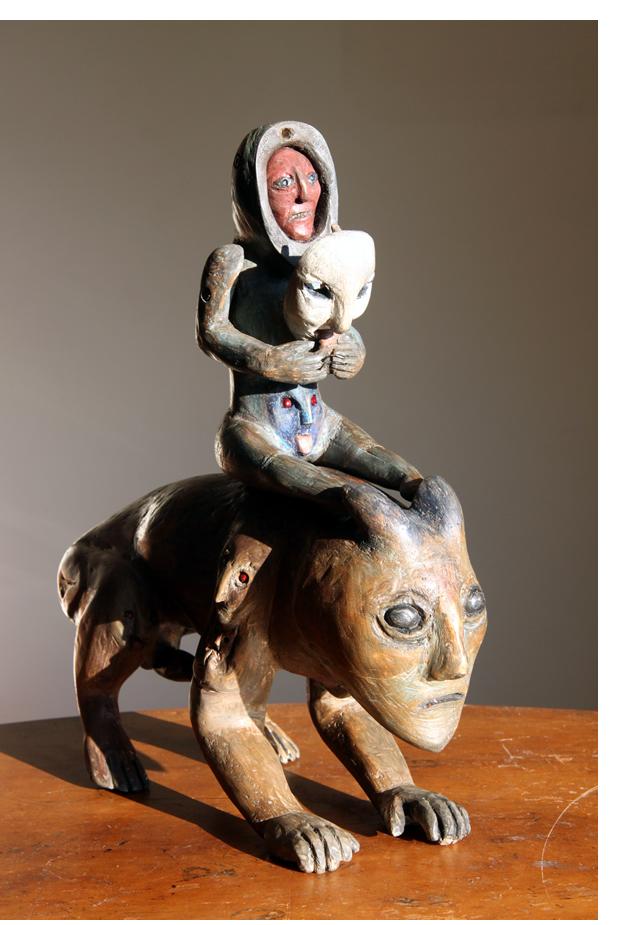 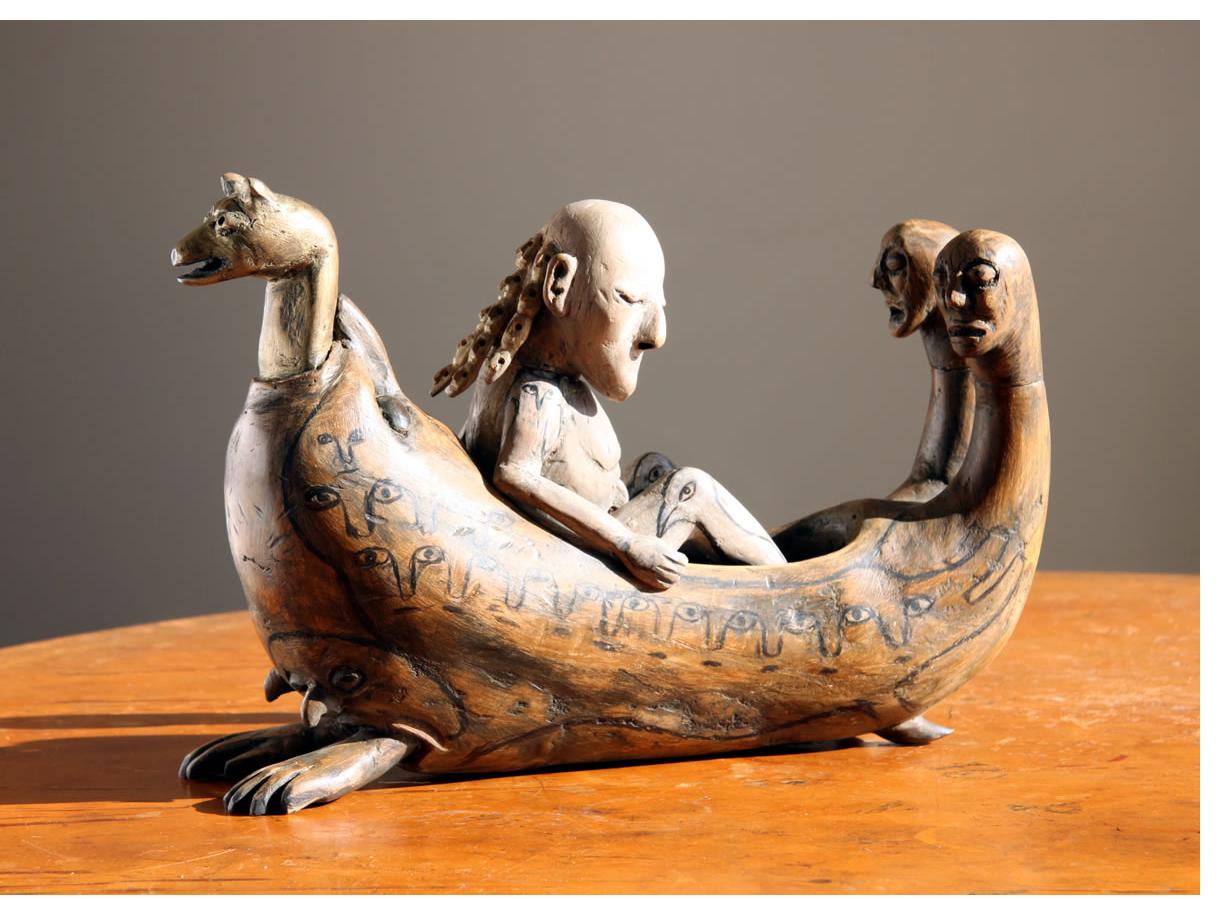 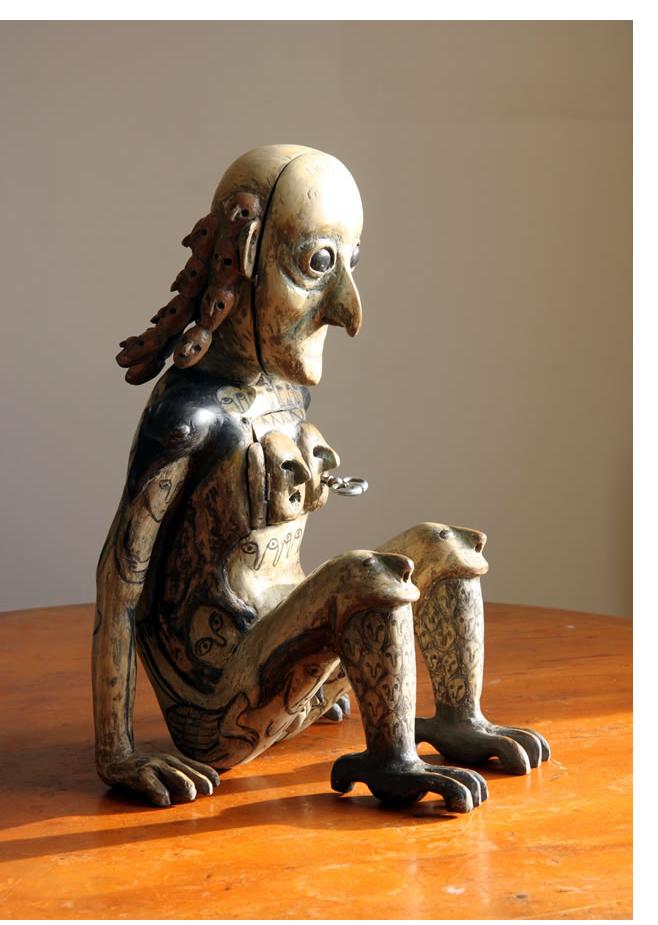 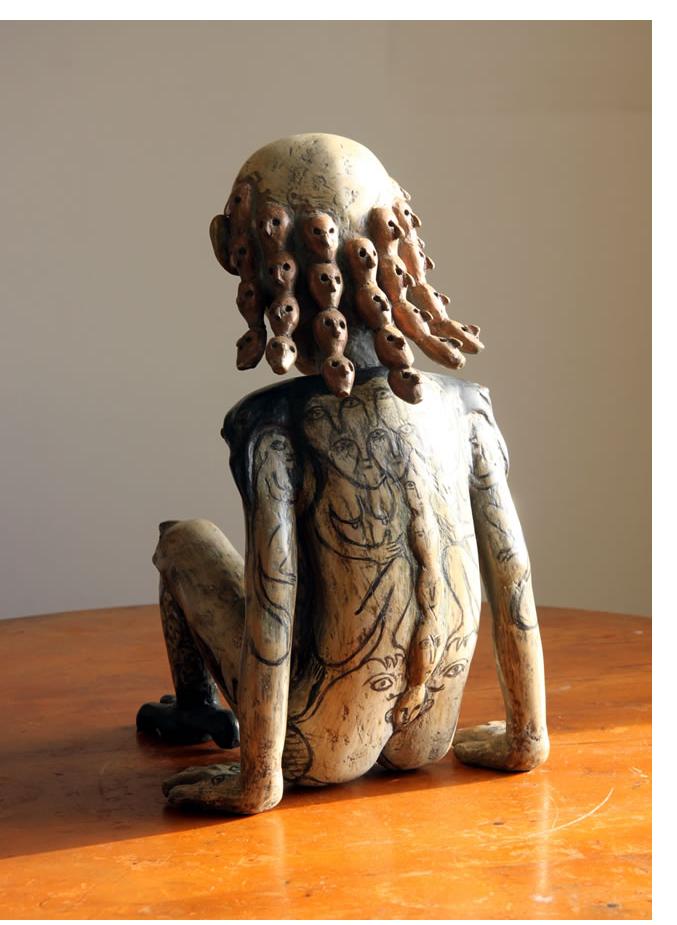 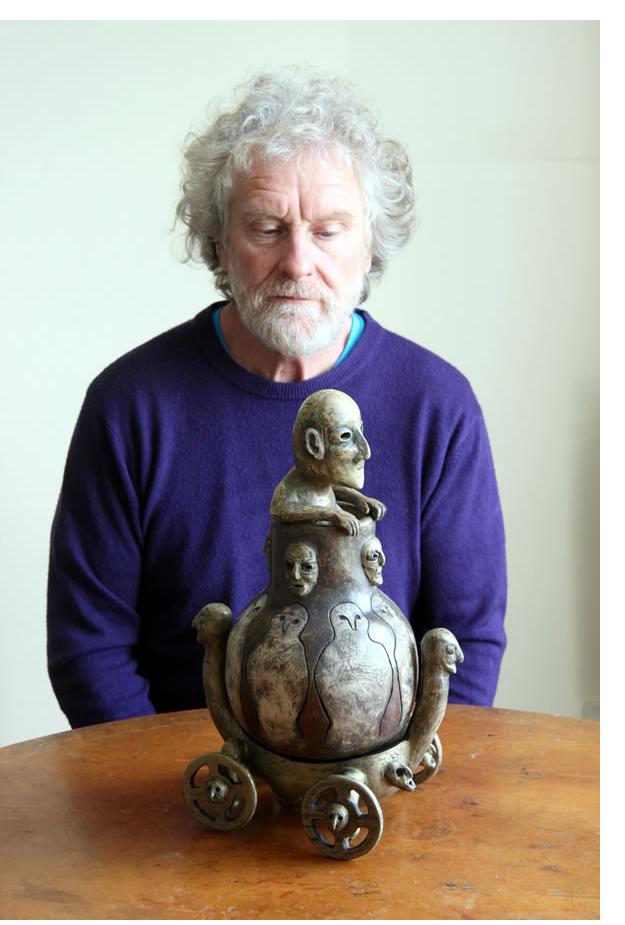 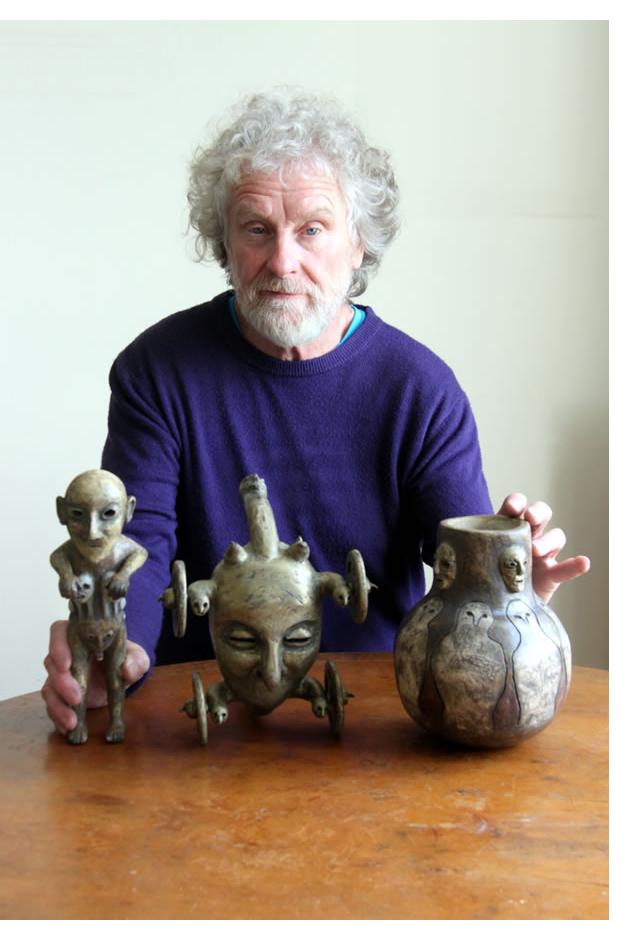 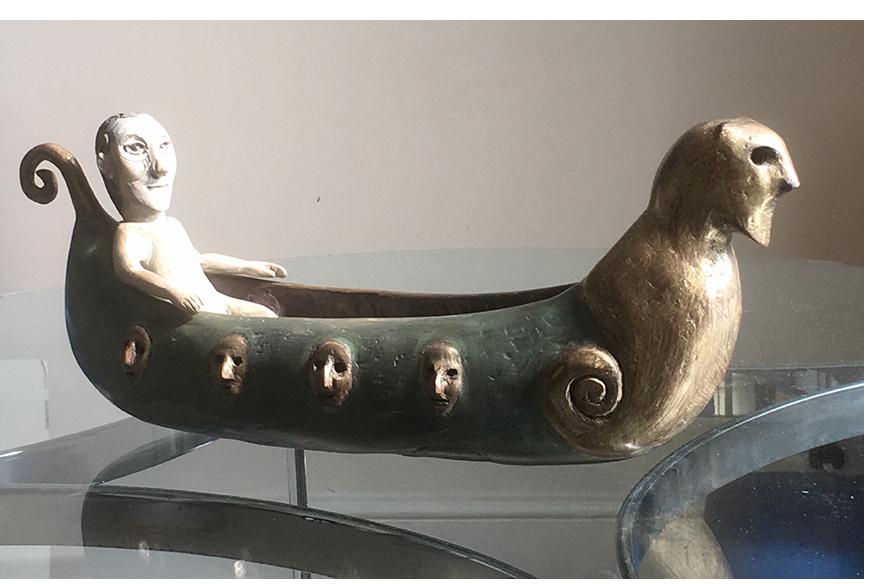 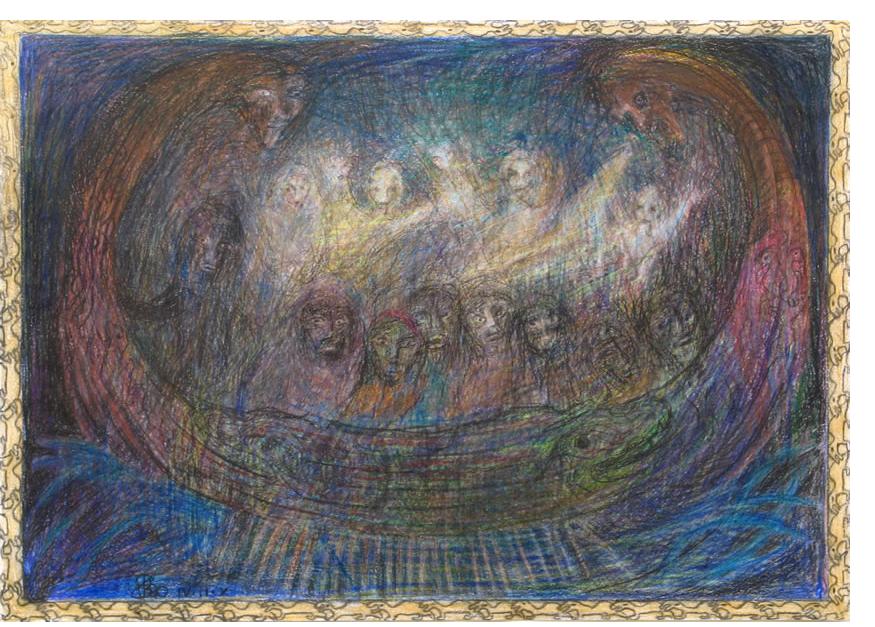 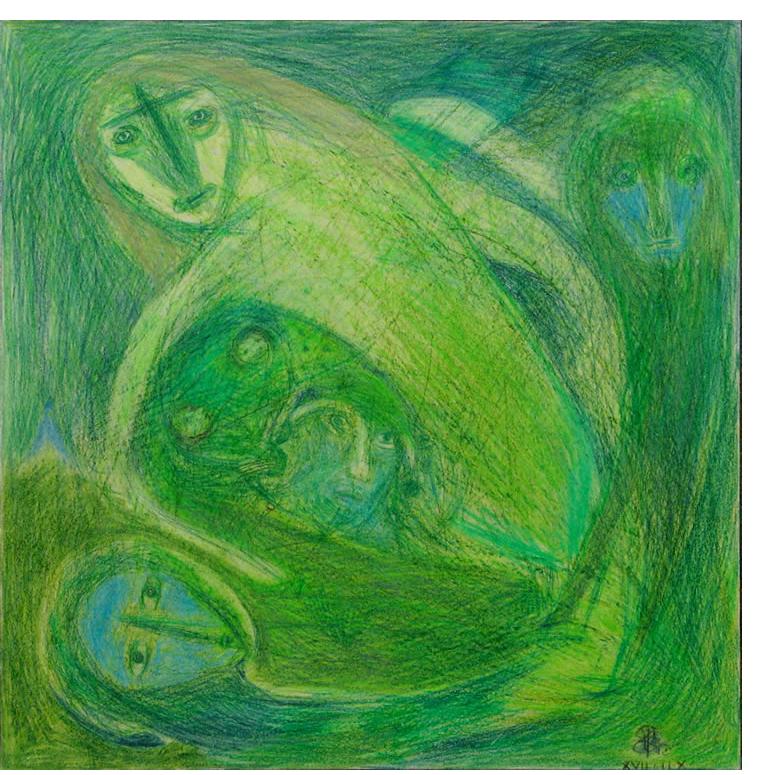 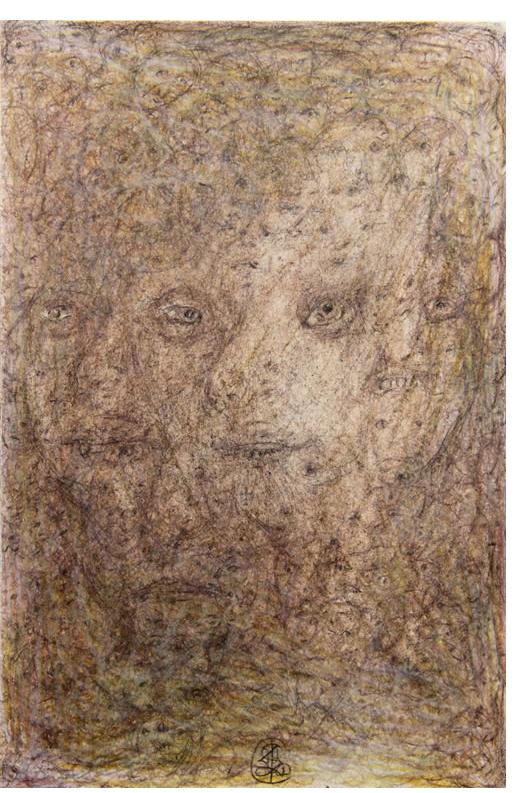 Richard Smith is a self-taught artist, he was born in Kent, England. From the sixties to the nineties, due to drug dependency, he led a turbulent life, spending time in prison and doing menial jobs, including one as a grave digger.

He always had the urge to draw or to paint when circumstances in his life permitted; during his short schooling (he left school at 15), his only interest was in art and later on during his imprisonments, he always managed to create by some means or other, using any materials that came to hand, or that he could procure.

Since the late nineties he has dedicated himself to his Art, producing numerous paintings, drawings, sculptures/assemblages, and even personalized furniture. He works mostly with recycled materials, found paper and wood, his artworks representing images of his inner world.

“Richard C. Smith’s marvellous images are a revelation. They grow out of an ancient Earth that most of us can only guess at. Densely realised, intense and direct, his work belongs to that pantheistic place where even inanimate matter has life force. In this domain humans cling together in the face of some unknowable, but ever-present world-spirit. In his drawings he is a most subtle and beguiling colourist, while his sculptures are grittily direct. Smith is an important artist who is a fellow voyager with the likes of William Blake, Anselm Boix-Vives, Miguel Hernandez and Asger Jorn.” 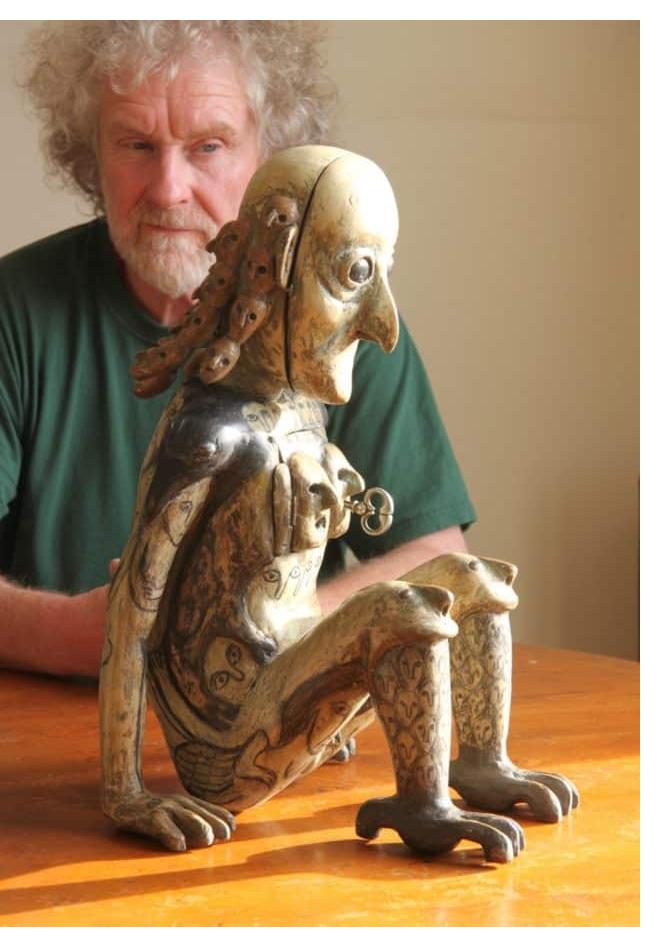 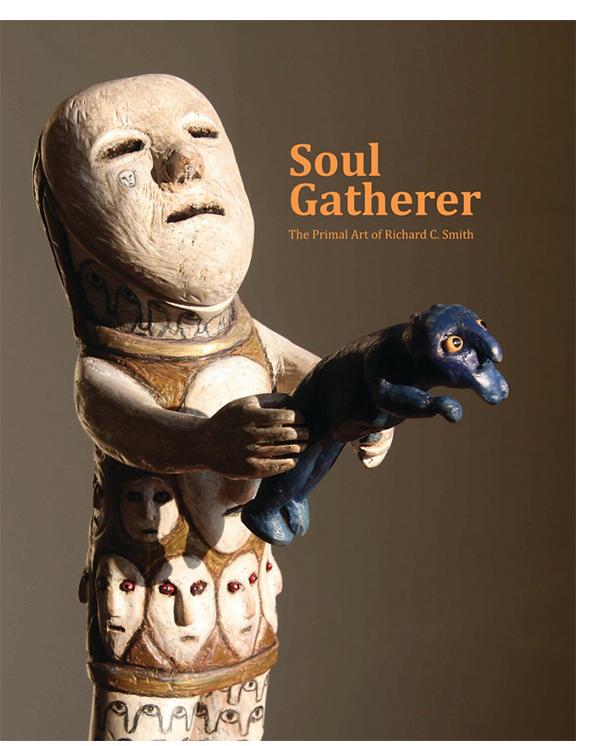