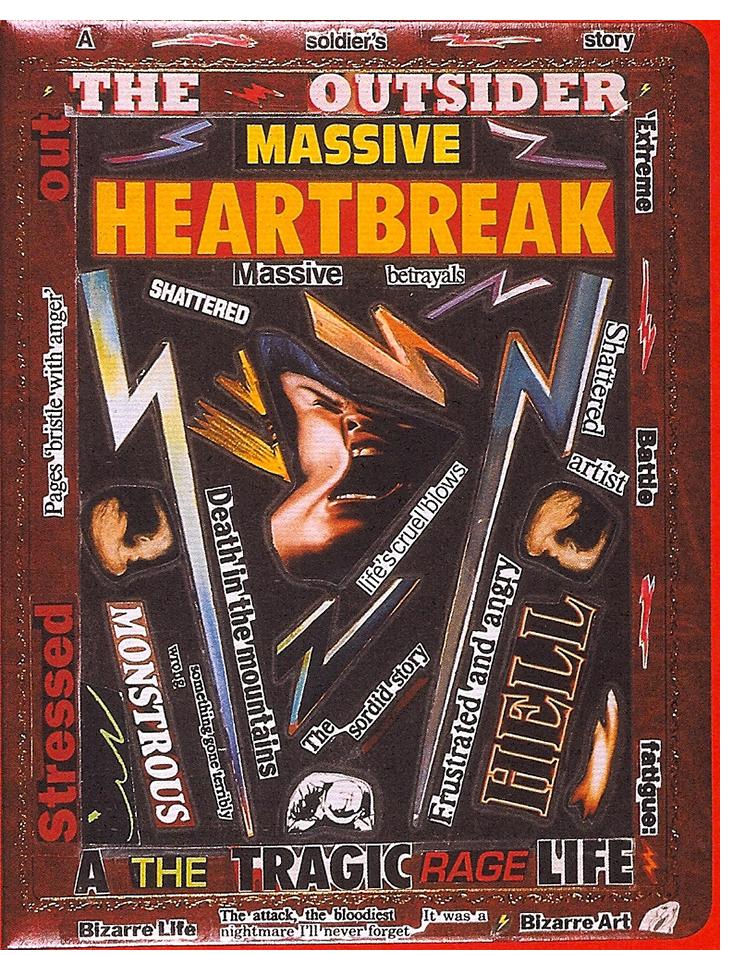 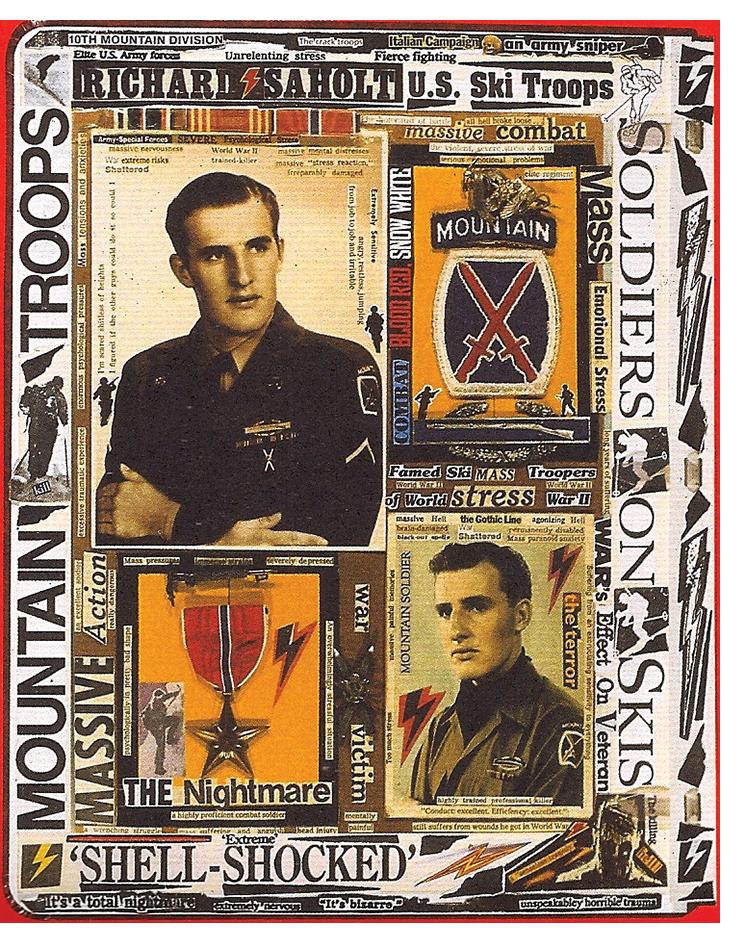 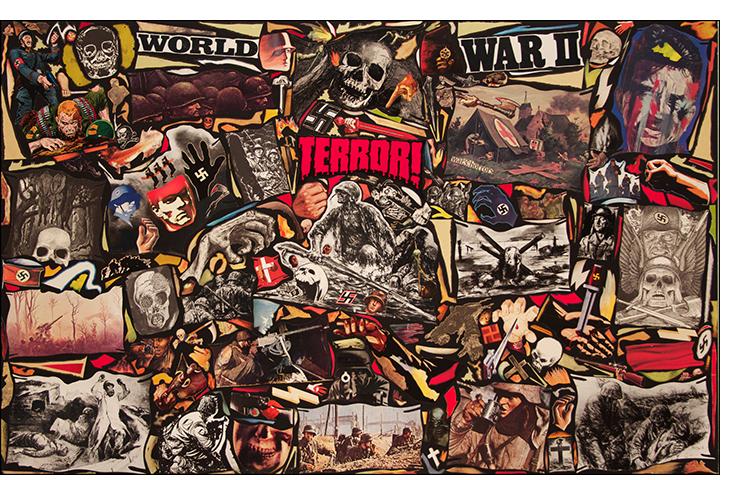 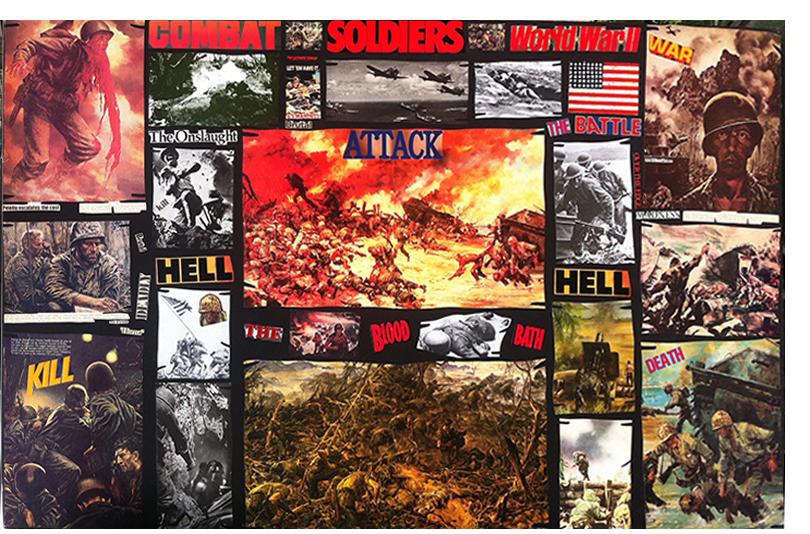 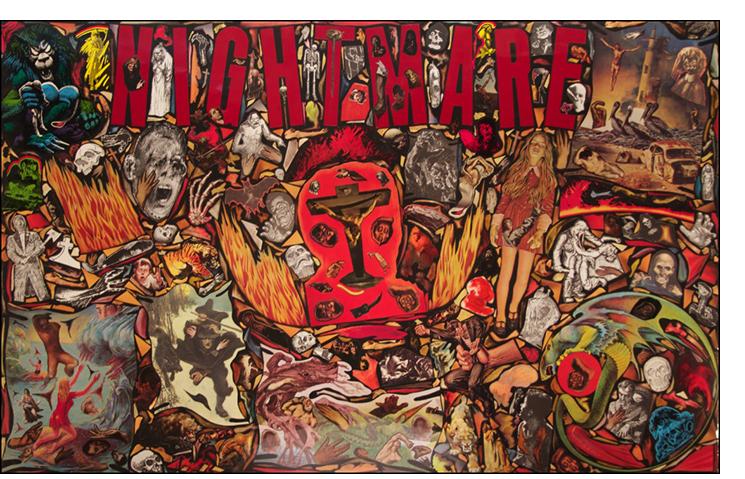 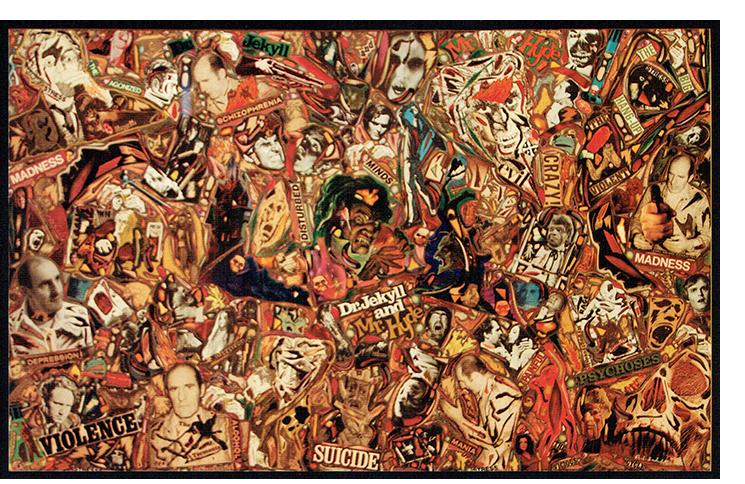 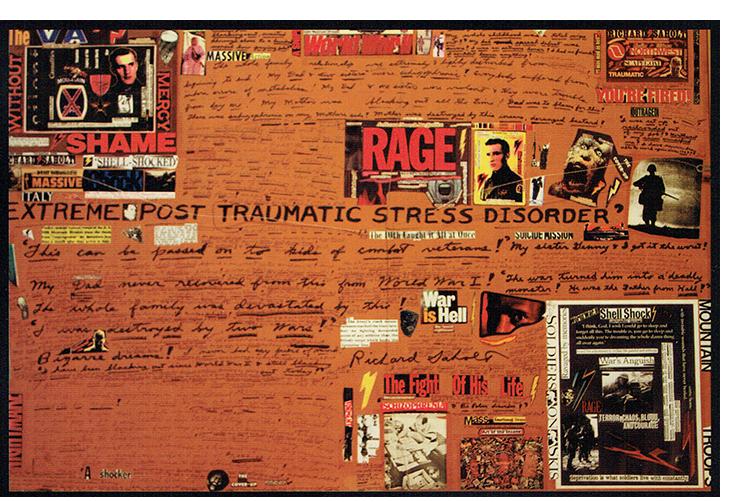 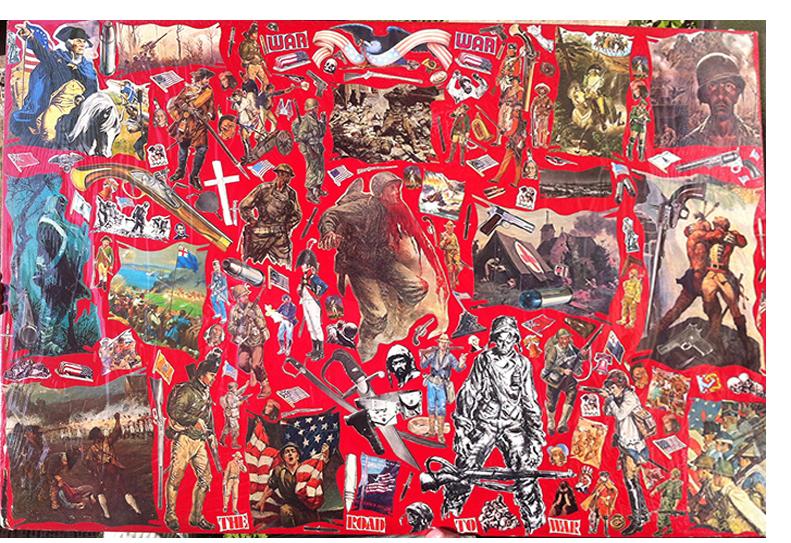 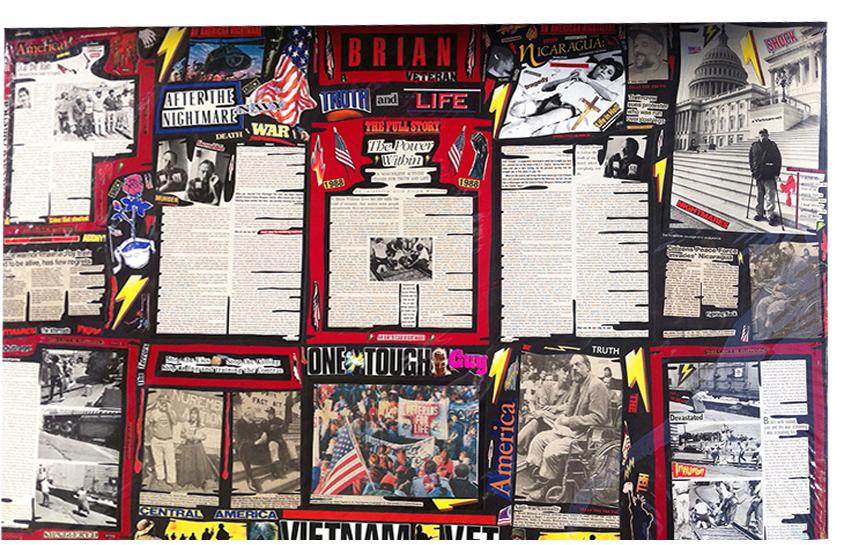 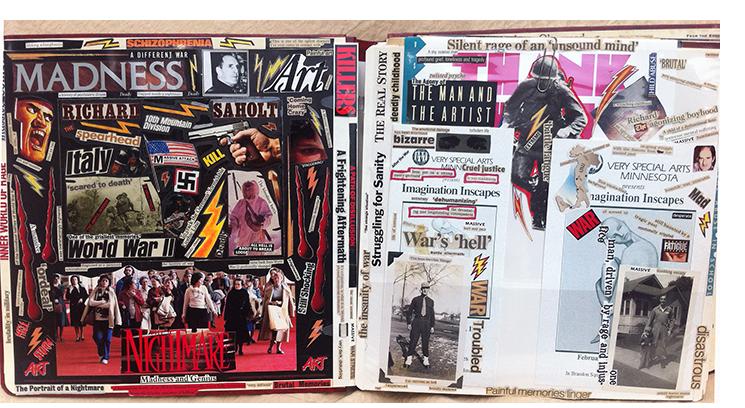 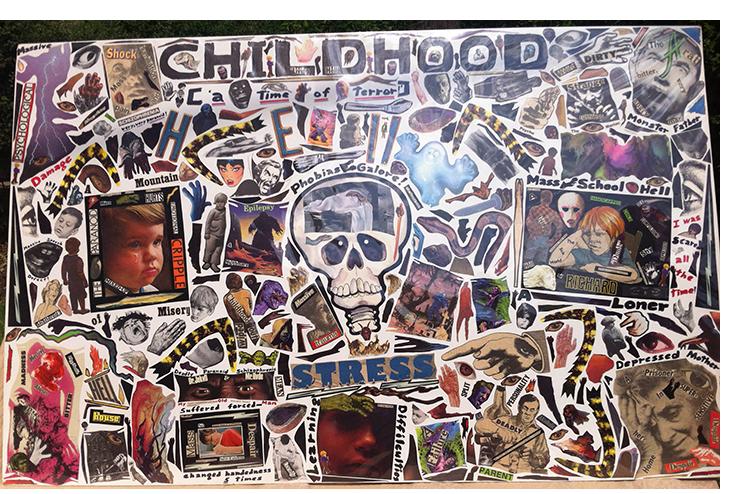 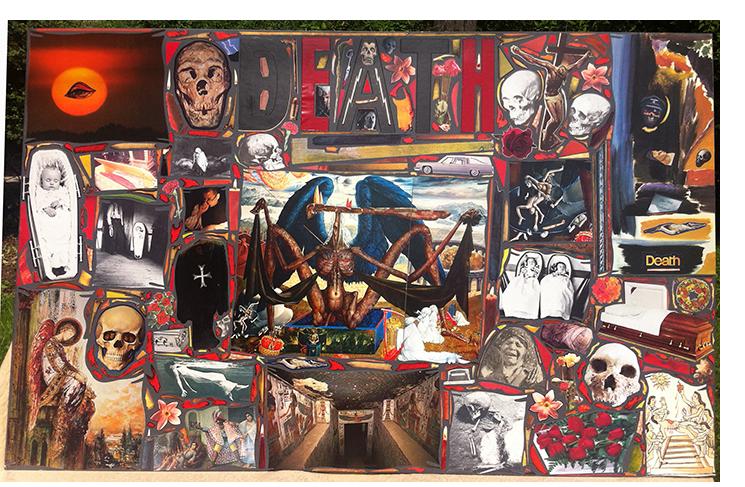 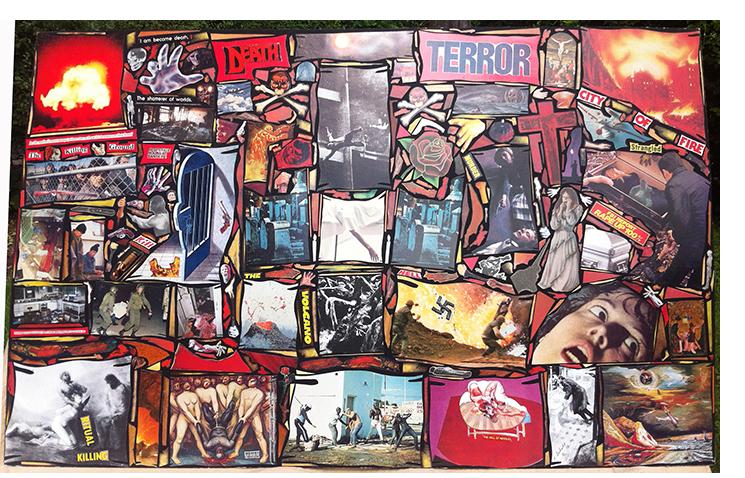 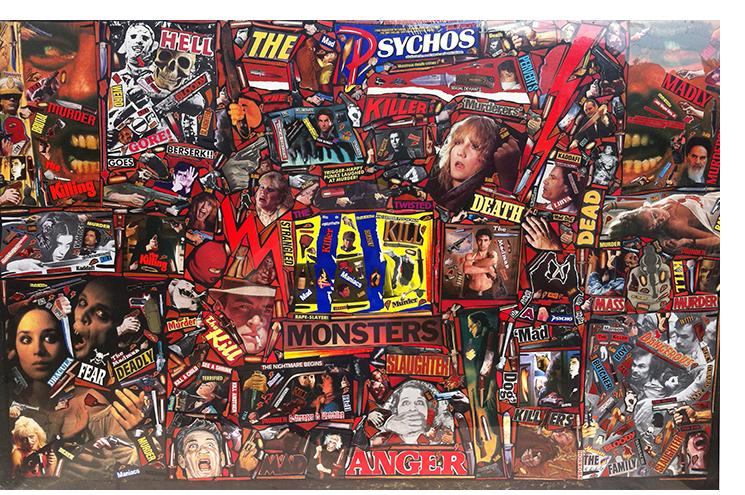 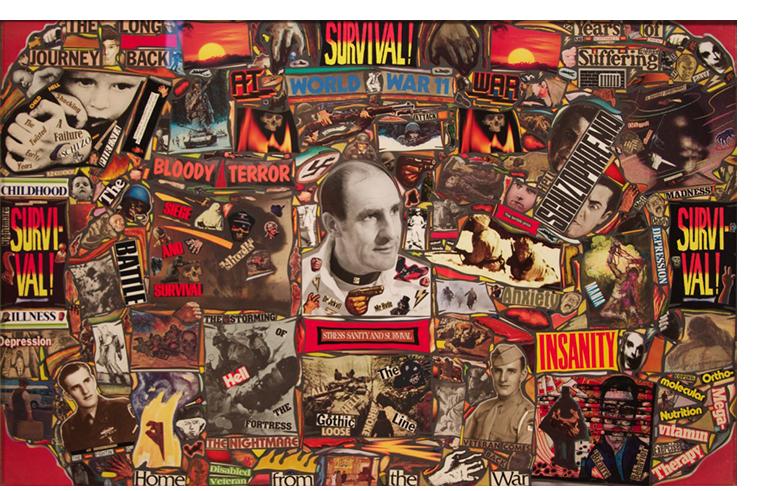 “Doctors told me I was born schizophrenic,” Richard Saholt said. By his own account, schizophrenia was present on both his mother’s and father’s sides of the family. Throughout his life, he railed against his sadistic, mentally-ill father who, among other things, forced him to be right-handed, despite his natural proclivity to be a lefty. His mortician father also once made him dress the cadaver of a young boy his own age and, another time, told him to take a bushel basket and collect the dismembered body parts of a man who had been hit by a train.

The psychologically damaged and stuttering 18-year-old Saholt enlisted in the U.S. Army’s elite Tenth Mountain Ski Troop Division during World War II. On more than one occasion, the voices in his head saved his life. They screamed “Duck!” at one point, and when he raised himself up he found that the heads of the infantrymen around him had been blown off by mortar fire. As he and his comrades approached a German fortification, the voices yelled “Charge!” and he, armed with a rifle, bayonet and hand grenades, singlehandedly attacked the compound and captured 13 German officers.

Although he received a Bronze Star for his actions, the Veterans Administration (VA) refused to award him any disability payments for his back and leg injuries, his blackouts stemming from concussions, or his post-traumatic stress disorder. After decades of writing letters, hiring lawyers and losing court cases, he finally discovered in 1969 that upon enlistment he had been diagnosed with chronic undifferentiated schizophrenia and labeled “one of the most bizarre and genuinely crazy” people to be admitted into the military. At long last in 1974, he was given a small monthly stipend and 3 years back pay, but Saholt continued to battle with the VA to the end of his life for financial restitution of the remaining 30 years he went without any disability.

In the mid-1960s, Saholt turned to expressing himself by collaging text and pictures in obsessively composed compositions that shrieked of the terror of war and the horror of mental illness. As Saholt poured out his rage into these passionate works of art, the viewer finds respite only by focusing on their intricate lyrical beauty. In this respect, such works fit in with some of the most extreme forms of traditional art brut. By the 1990s, Saholt achieved a modest kind of fame with a growing and powerful body of collage art that combined lurid commercial illustrations with words or phrases appropriated from printed magazine and newspaper headlines. His arresting and obsessively composed images shrieked of the terror of war and horrors of mental illness, and resembled a cross between a National Enquirer cover and a ransom note writ large. What Saholt could not express verbally because of his stuttering and social ineptitude, he exhibited visually in a blazing and magnificent fashion.
Saholt died at the age of 89 on Jan. 12, 2014 at Providence Place nursing home in Minneapolis. Cause of death: basil cell carcinoma (multiple sites); secondary cause: schizophrenia.

May, 2003: Exhibition of ten artists with mental illness, Outsiders and Others Gallery, 1010 Park Ave., Minneapolis, MN

Late 1980s or early 1990s: group show of veterans’ art at The Kennedy Center, Washington, D.C. (no other information) 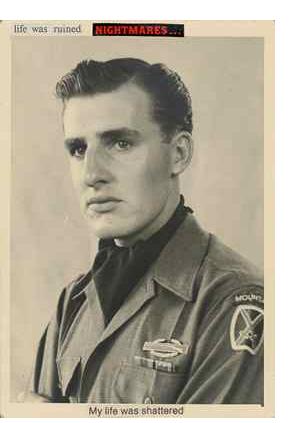