All his life Ron Hitchins was considered an outsider, not in the now defined artistic sense, as an eccentric and maverick. He was born in Hackney in 1926 and brought up in Pennyfields, the original Limehouse Chinatown, to a Chinese father and Lithuanian mother.

Ron spent his life working in a variety of trades, which including coal miner, and later as an expert tailor and designer of clothing in the late '60s, selling his then avant-garde fashion in London's Petticoat Lane street market, where he had become a well-known local character. He was also a gifted flamenco dancer, something he taught himself and which he would often perform to friends and select invited audiences.

Hitchins also created Art throughout his life, mainly working in ceramics and wood sculpture, however an extraordinary body of previously unknown work has now recently come to light - one thousand two hundred ink drawings produced in his final years mainly on A4 paper, these were discovered in folders, carefully secreted away amongst his belongings.

Ron had a hugely difficult and often abusive childhood, and one wonders if these late obsessive drawings were a meditation of sorts, perhaps aimed to release and transform those troubled memories and times, which he no doubt carried with him throughout his life, largely unacknowledged.

Ron sadly passed away in November 2019, but these drawings survive as a remarkable testament to his generous spirit and his indomitable personality.

Collections:
A number of his tiled, wooden and ceramic works have been acquired by the Victoria & Albert Museum, London 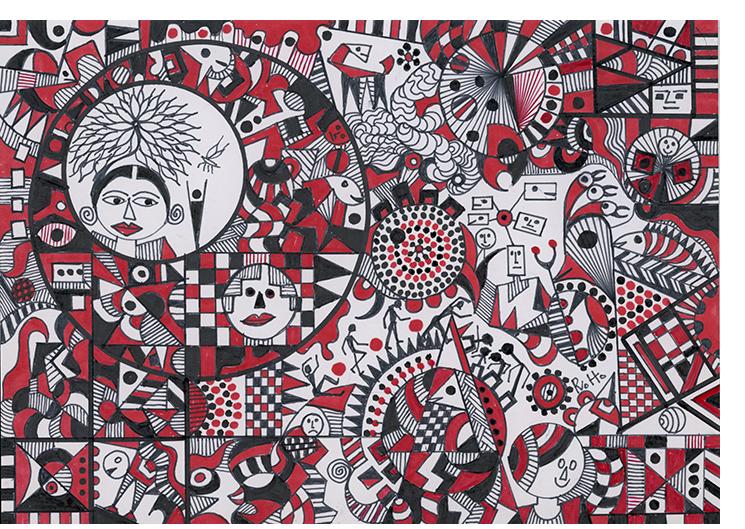 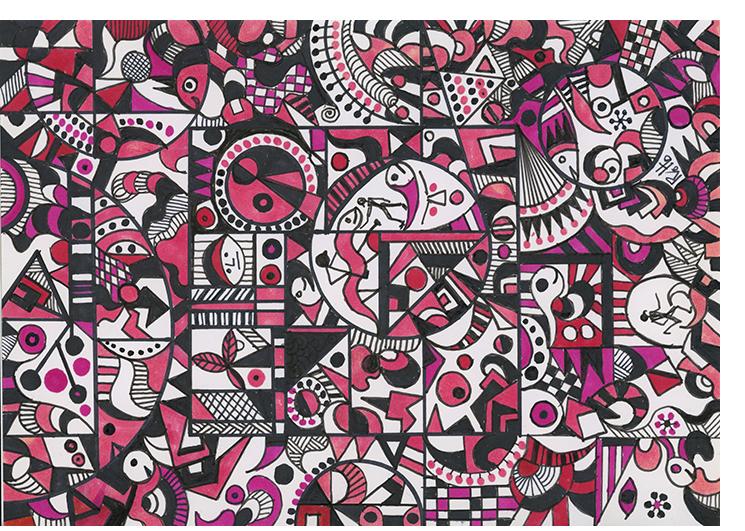 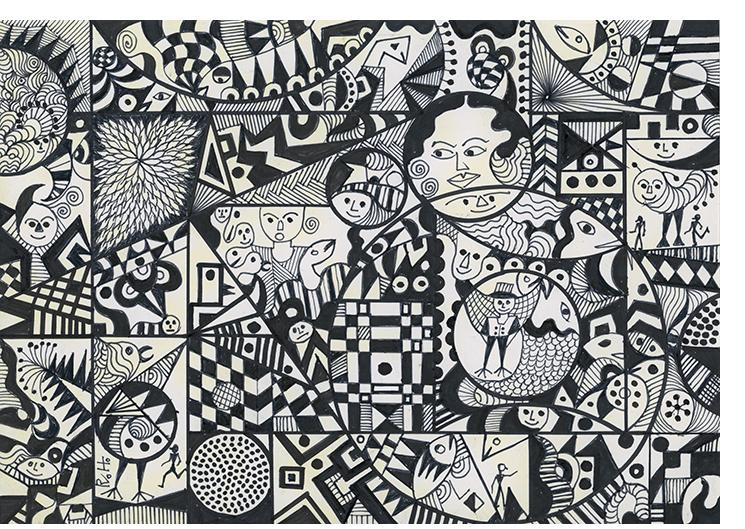 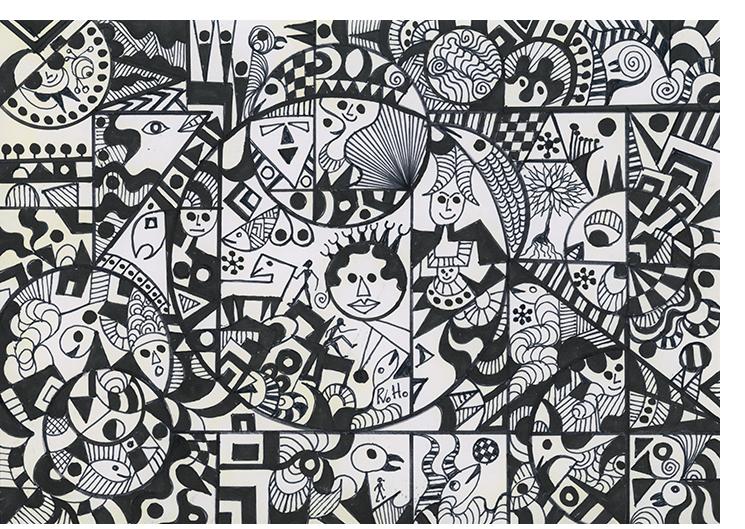 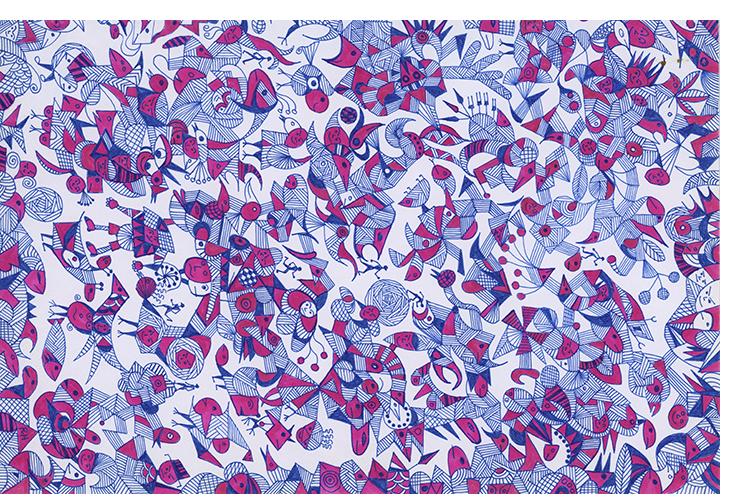 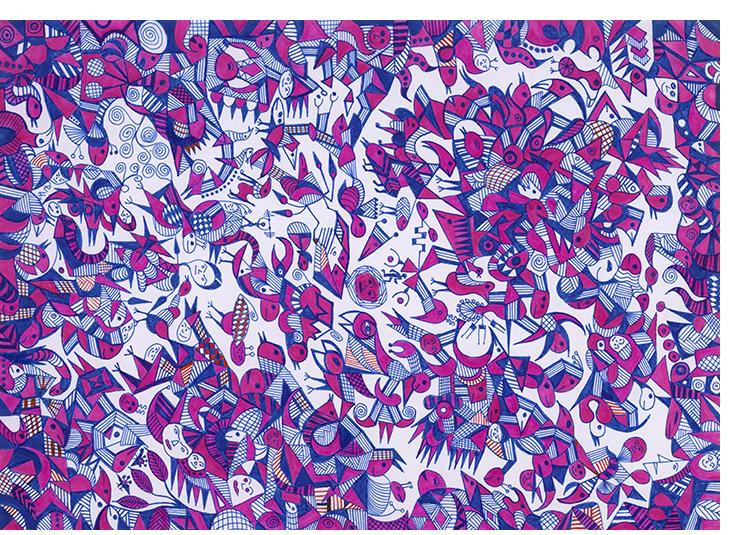 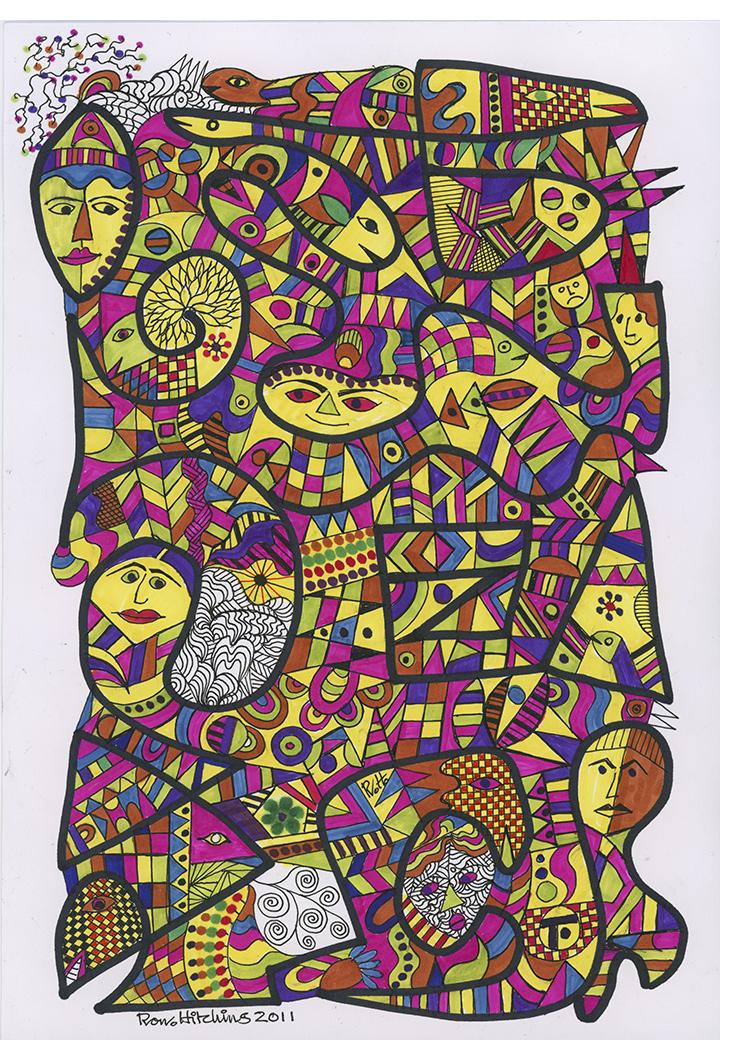 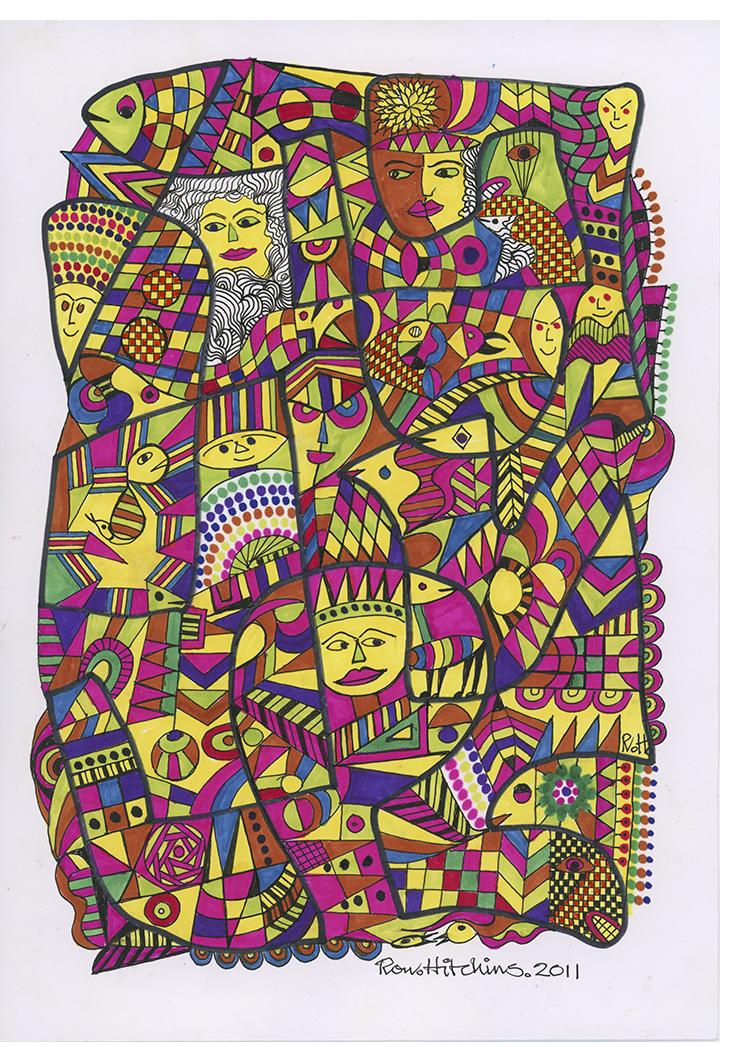 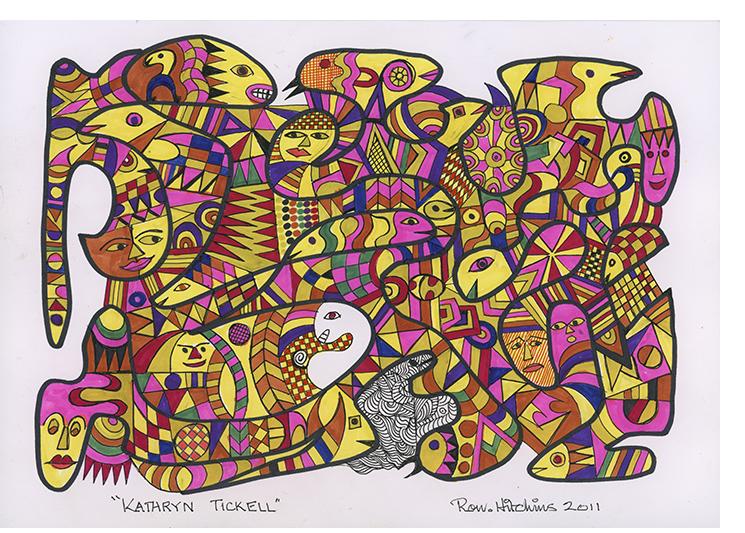 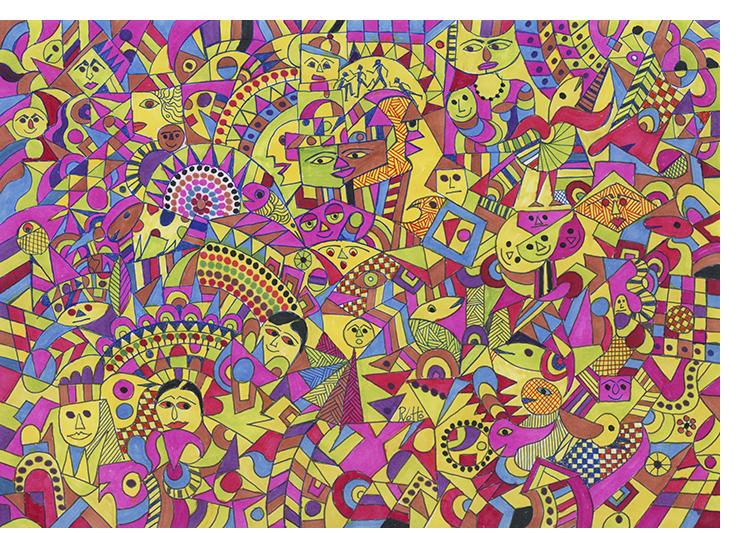 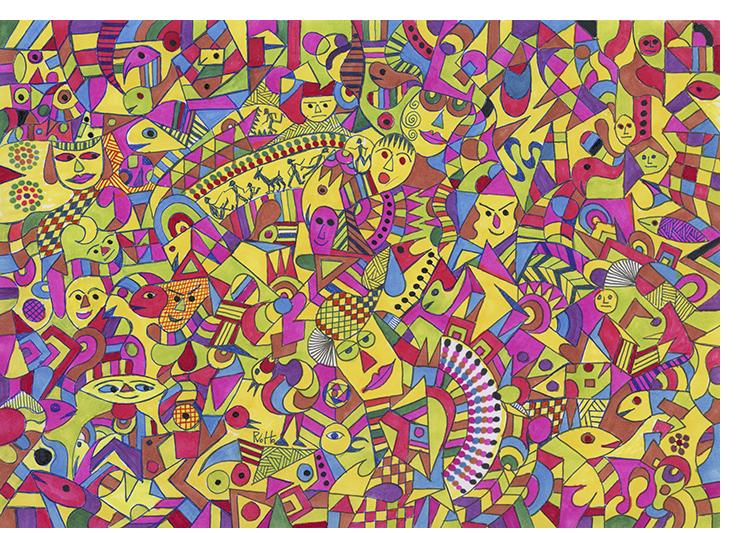 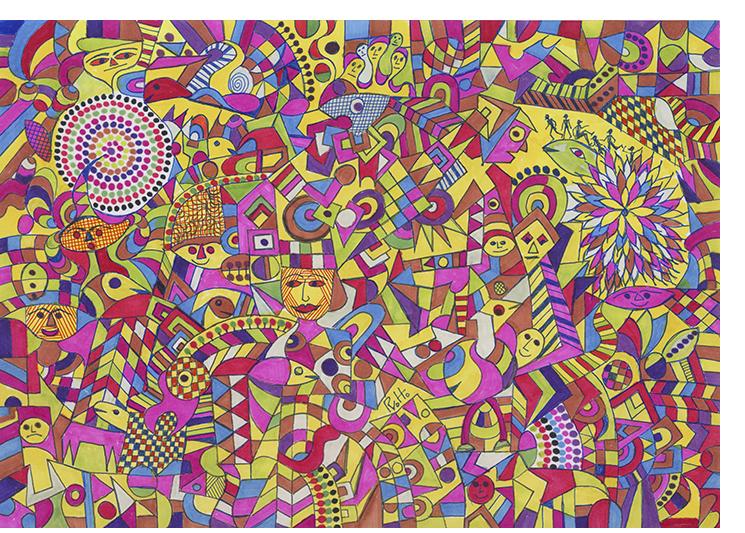 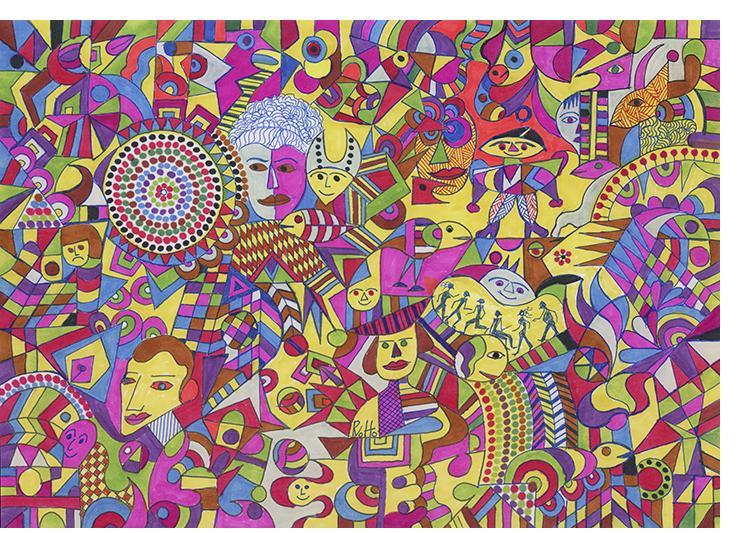 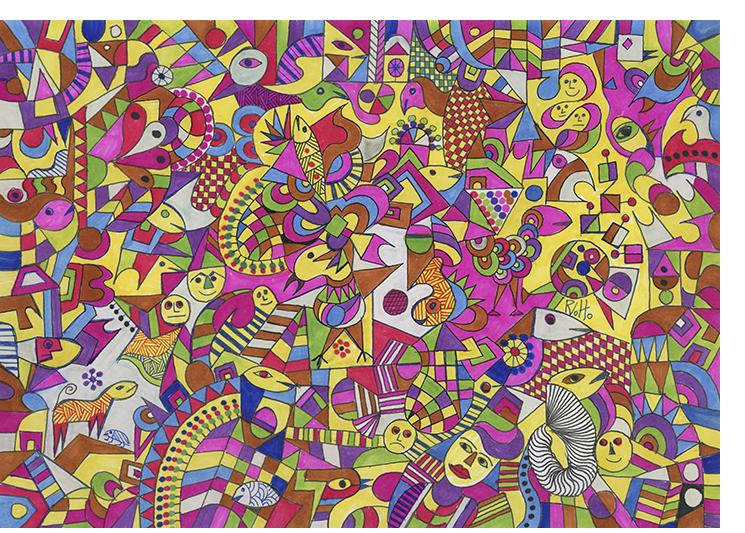 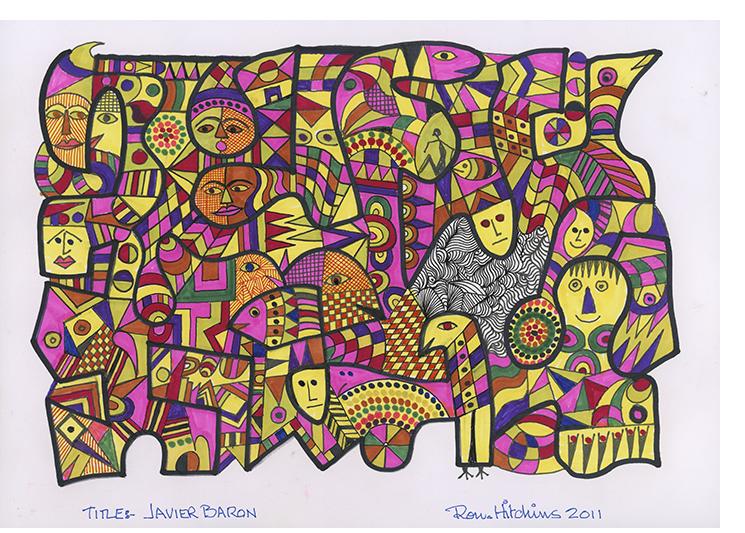 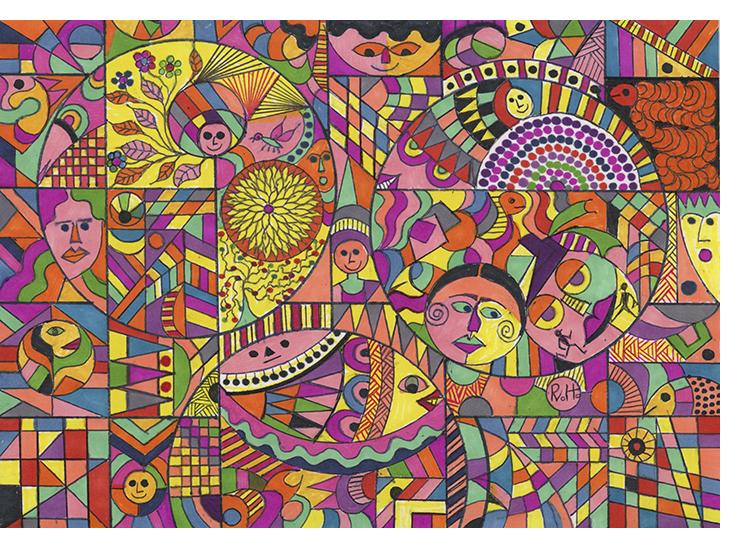 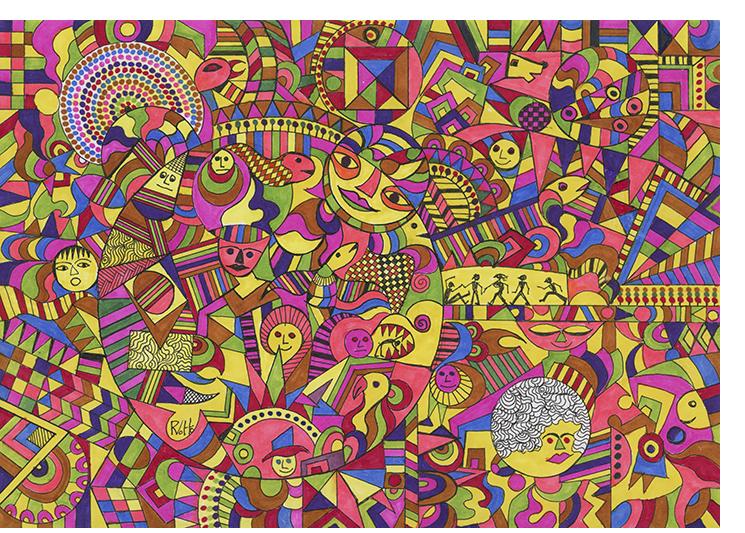 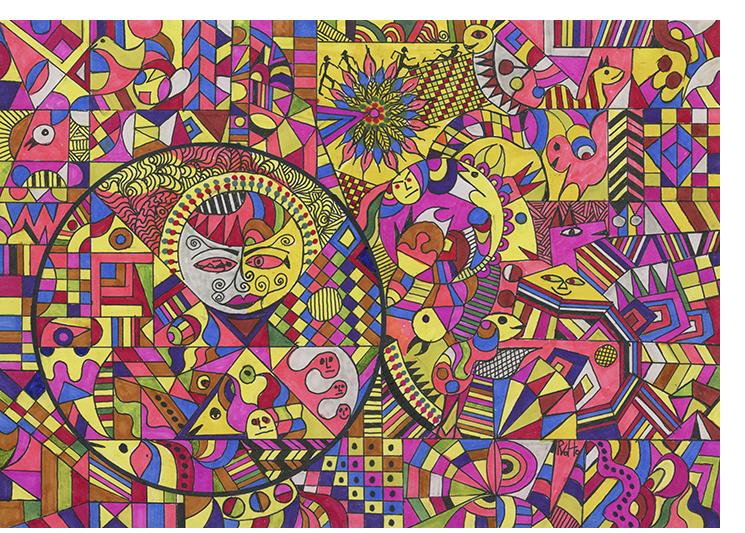 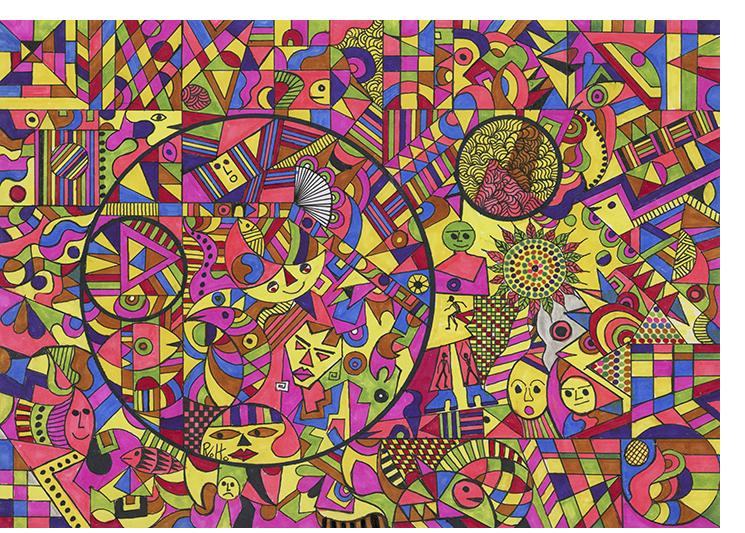 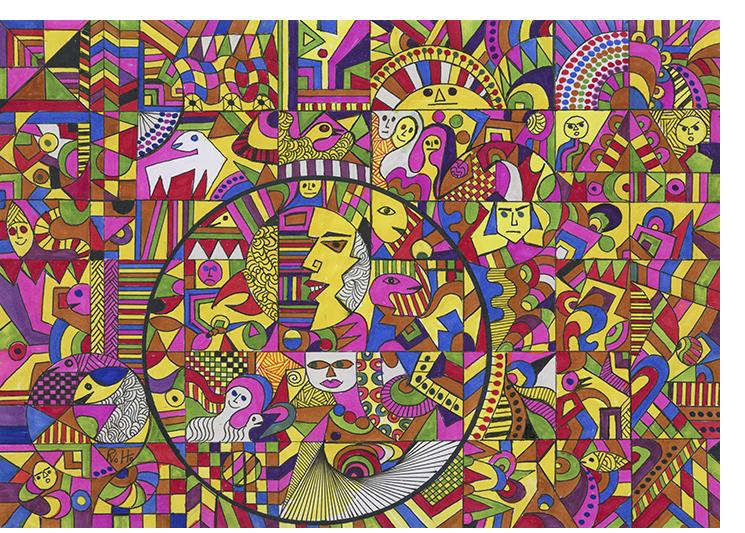 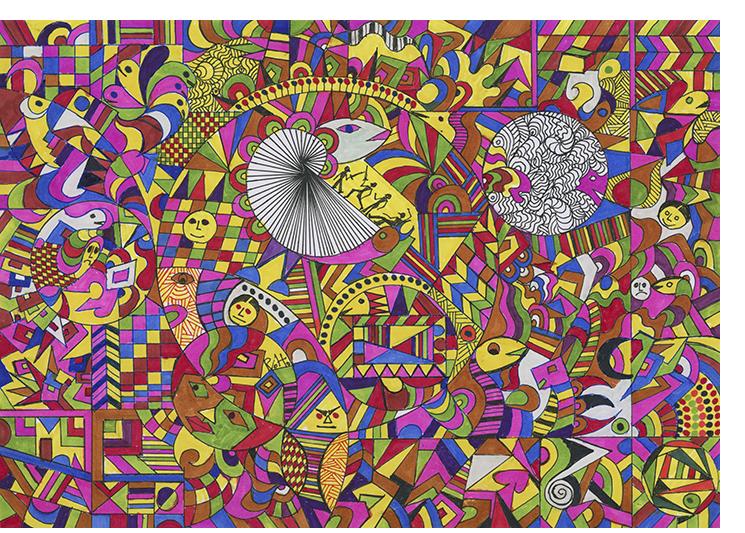 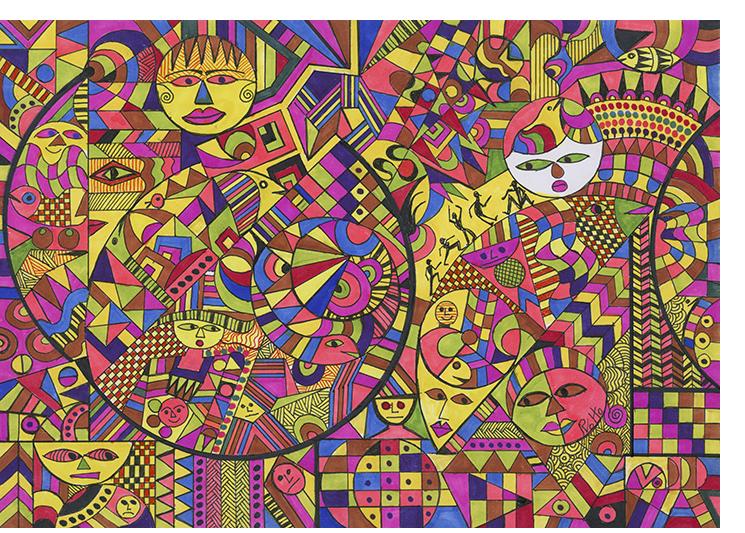 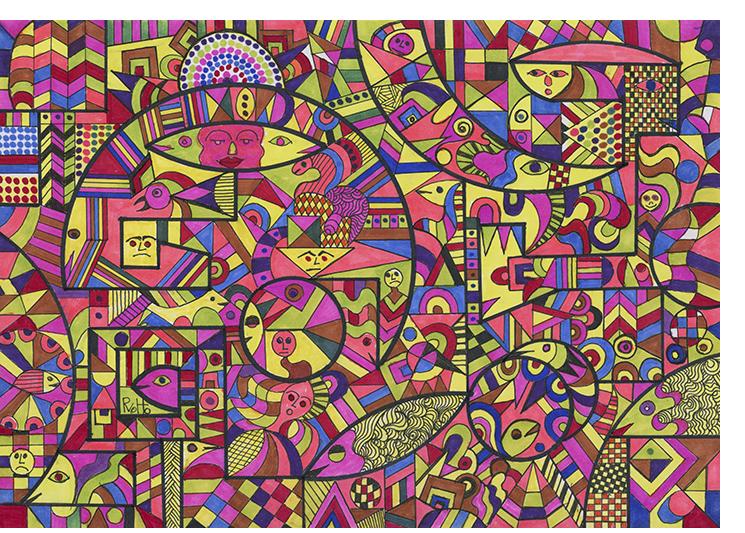 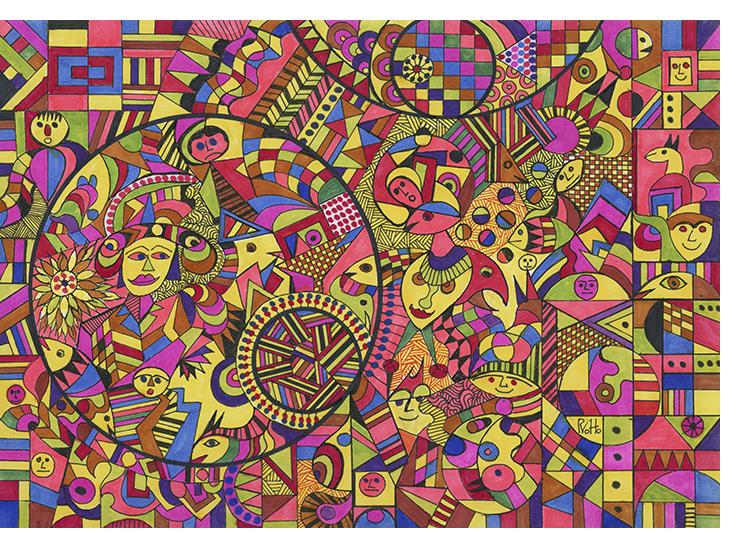 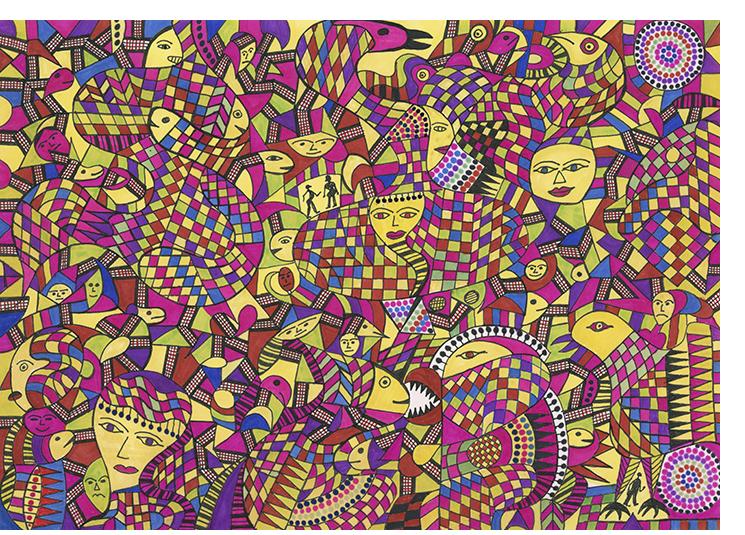 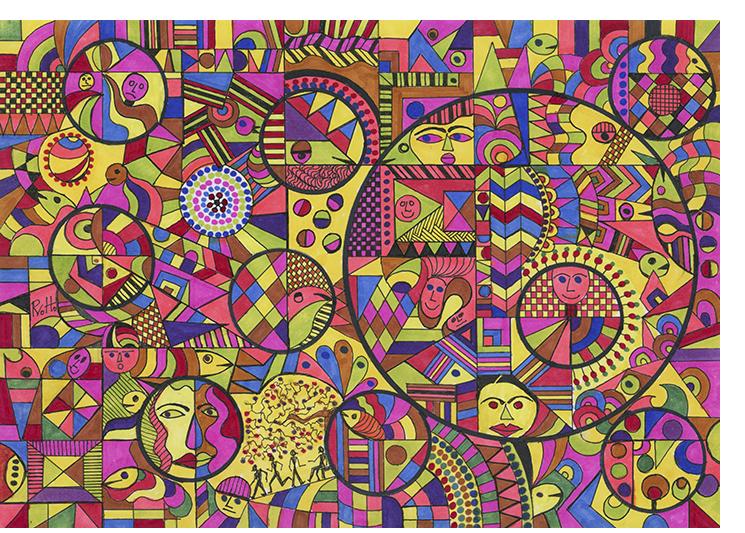 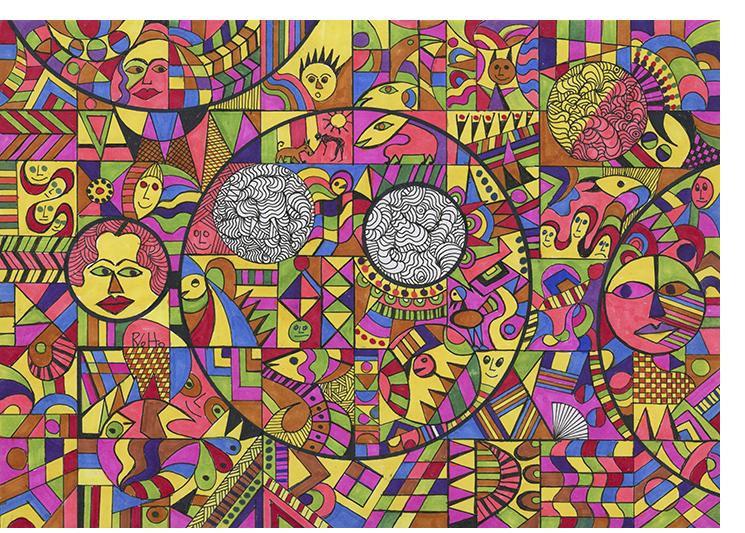 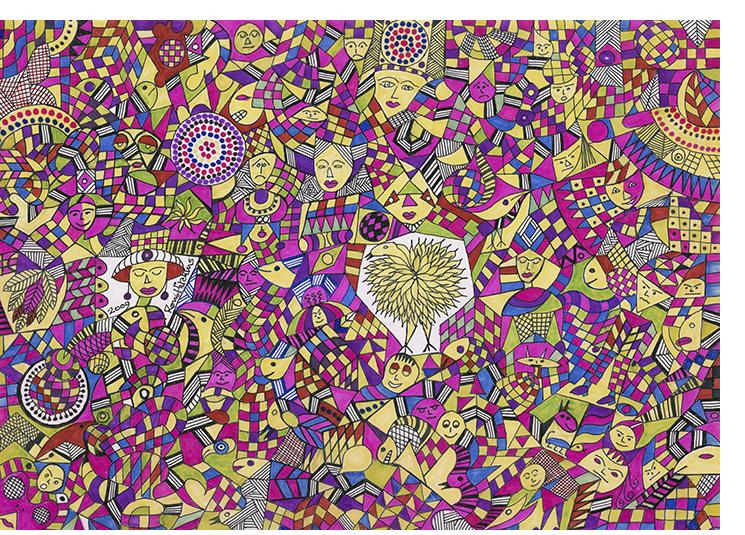 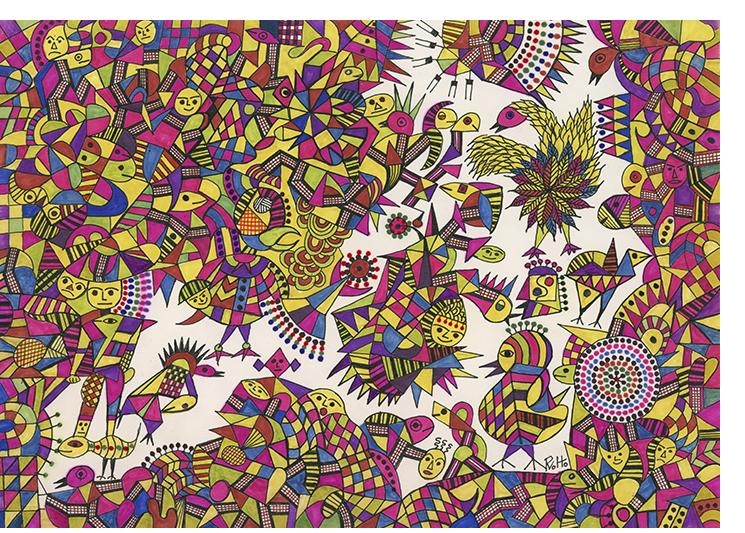 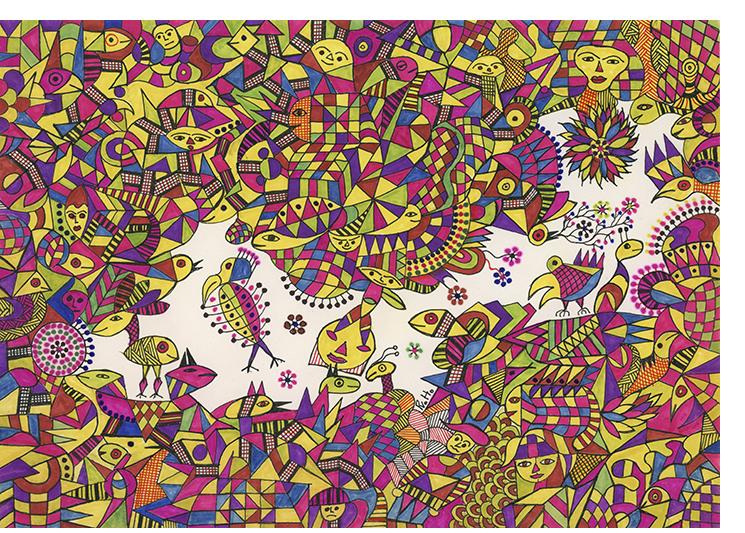