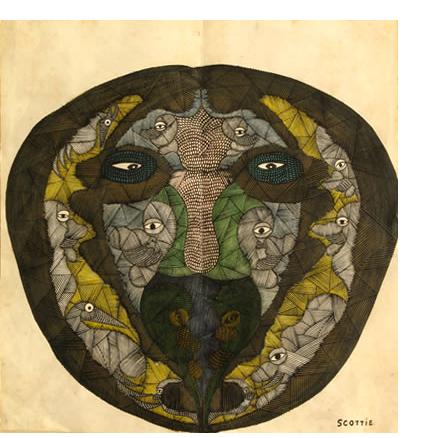 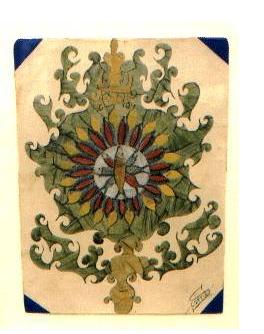 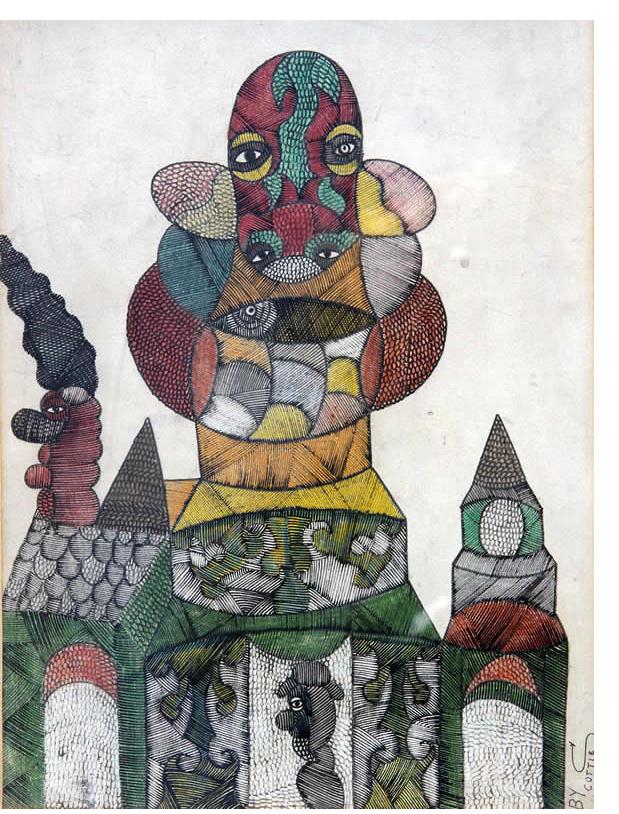 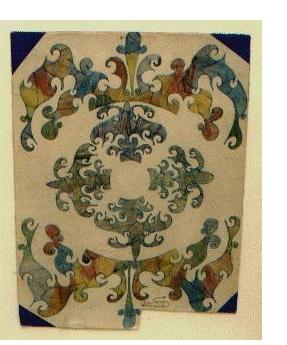 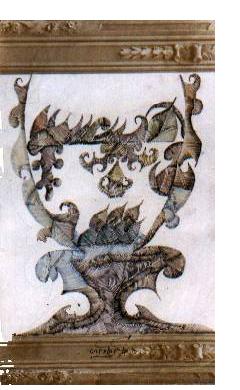 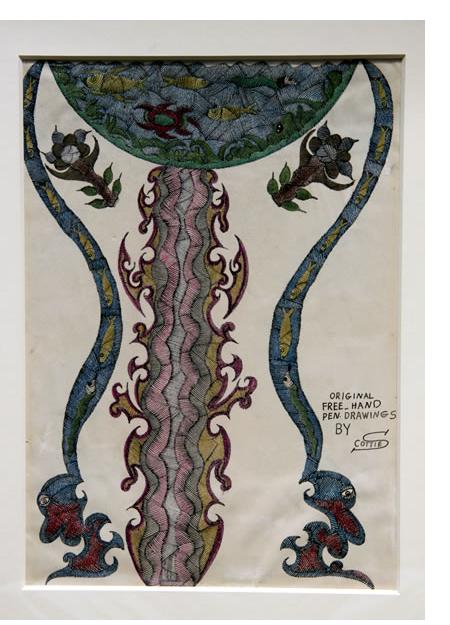 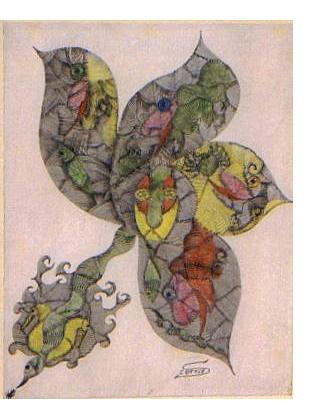 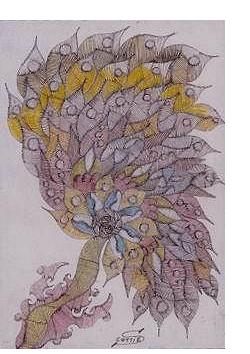 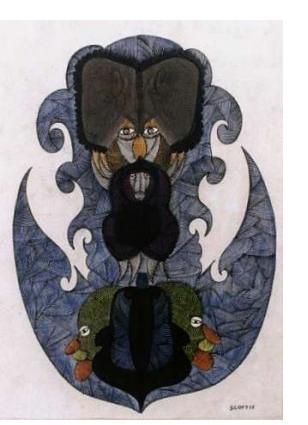 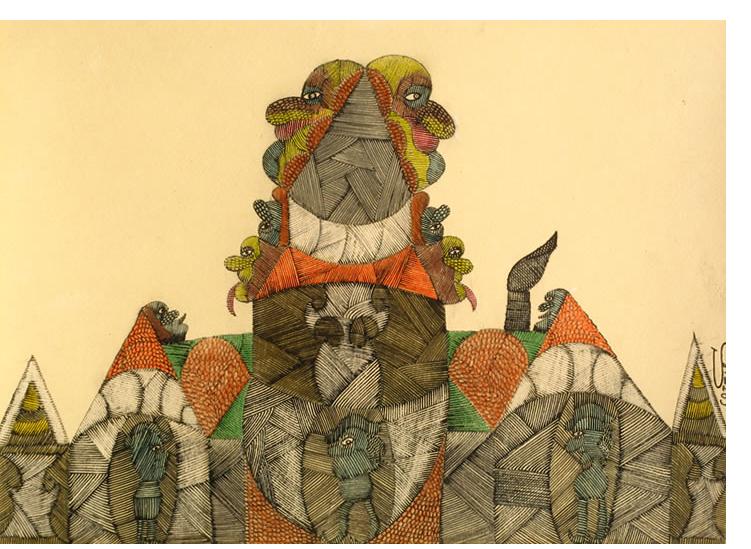 Born Louis Freeman in London, Scottie Wilson was brought up in Glasgow. He left school when he was nine, destined to remain more or less illiterate throughout his life, and sold newspapers to'supplement his family's meagre income, later working as a market trader. He joined the British army at the age of eighteen, serving in India, South Africa, and on the Western Front in the First World War. Some time after the war he changed his name and emigrated to Toronto where he ran a second-hand shop and where he began to draw images of the eternal struggle between good and evil.

From the start he disliked selling any of his pictures and attempted to solve the problem of raising money by staging travelling shows for viewing only and charging entrance fees or holding tray collections. He returned to Britain early in 1945, settling in Kilburn, London, where he continued this practice, although he was quickly taken up by London's Surrealists.

Wilson relied on a relatively narrow range of visual elements - botanical forms, birds and animals, clowns (self-portraits), and 'Greedies' and 'Evils' (malignant personifications). At times his images seem to contain references to North American totem poles or to Indian decoration, although always they arise out of hypnagogic experiences of internal apparitions. As he once said, 'I got into a trance and when I wake up they're all waiting for me.' Wilson's obsessive technique produced visionary outpourings that could be both brooding and utopian:

'When I'm working I can see what's happening, and I can imagine what's going to happen. I can see best when I'm finishing my pictures with a pen. When I'm making strokes; hundreds and thousands of strokes'. 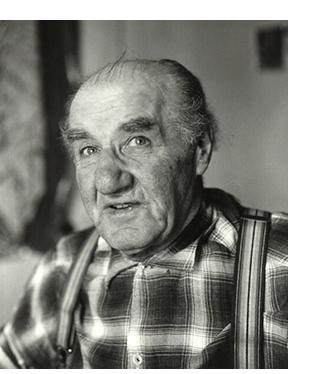