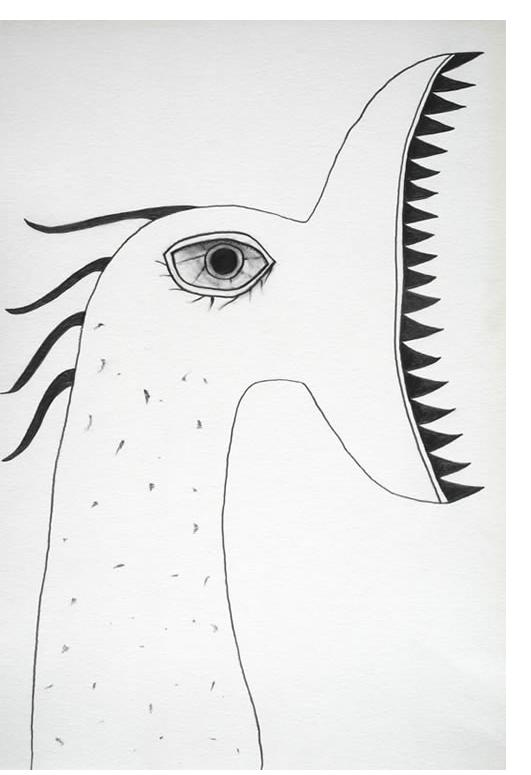 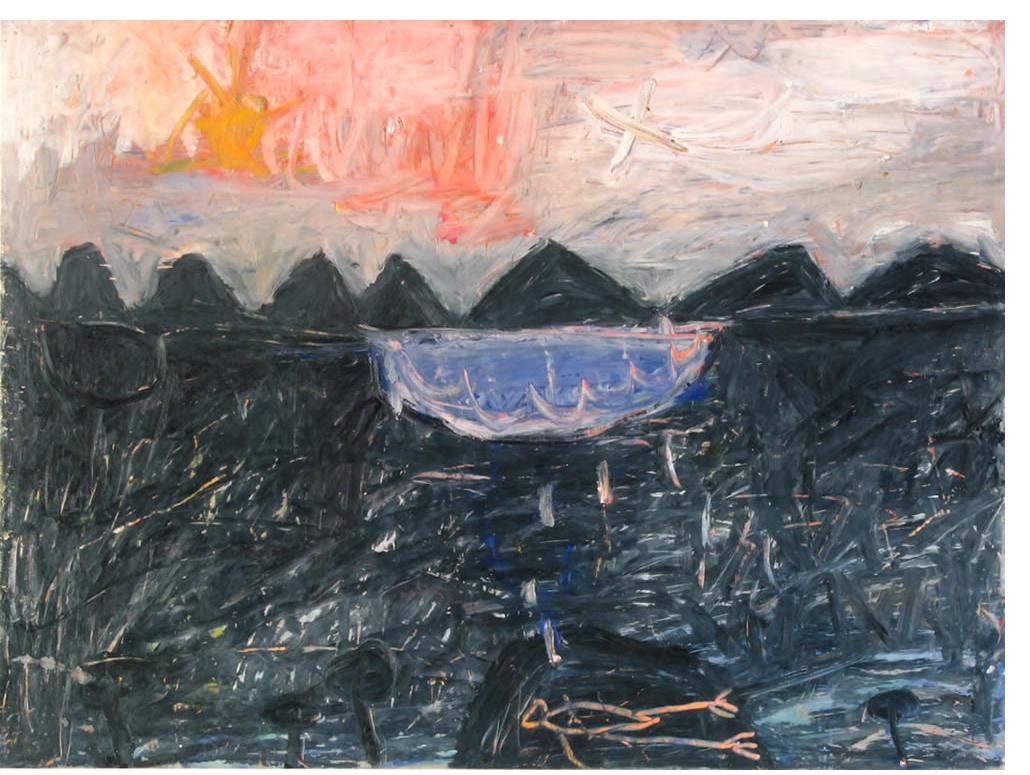 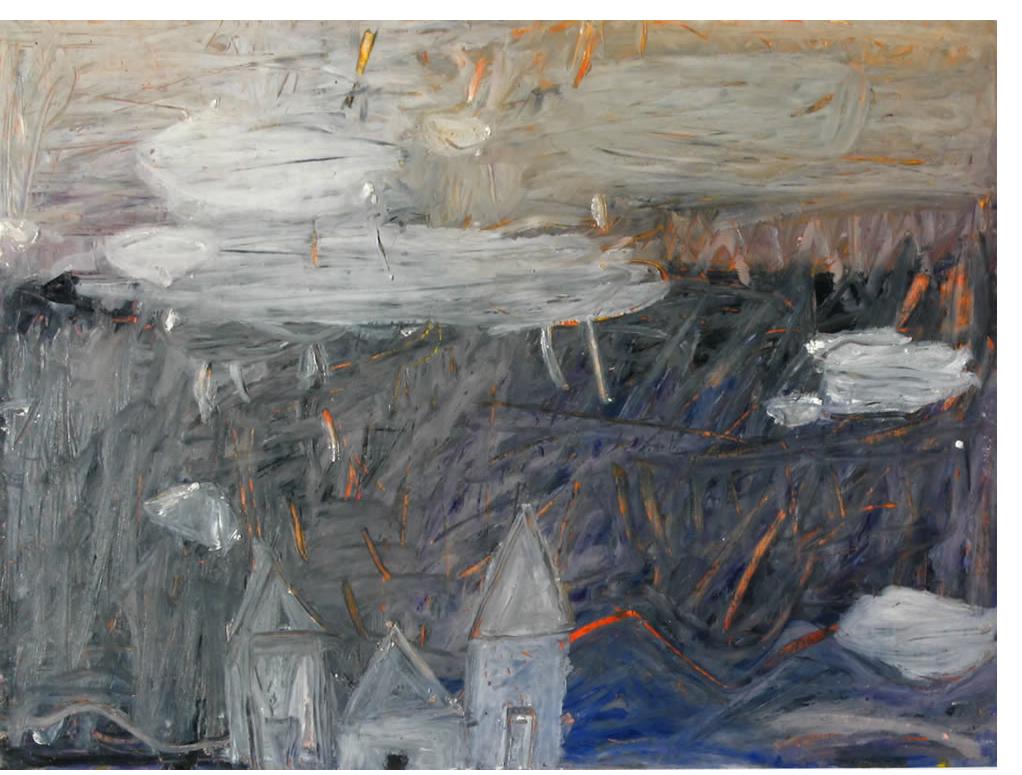 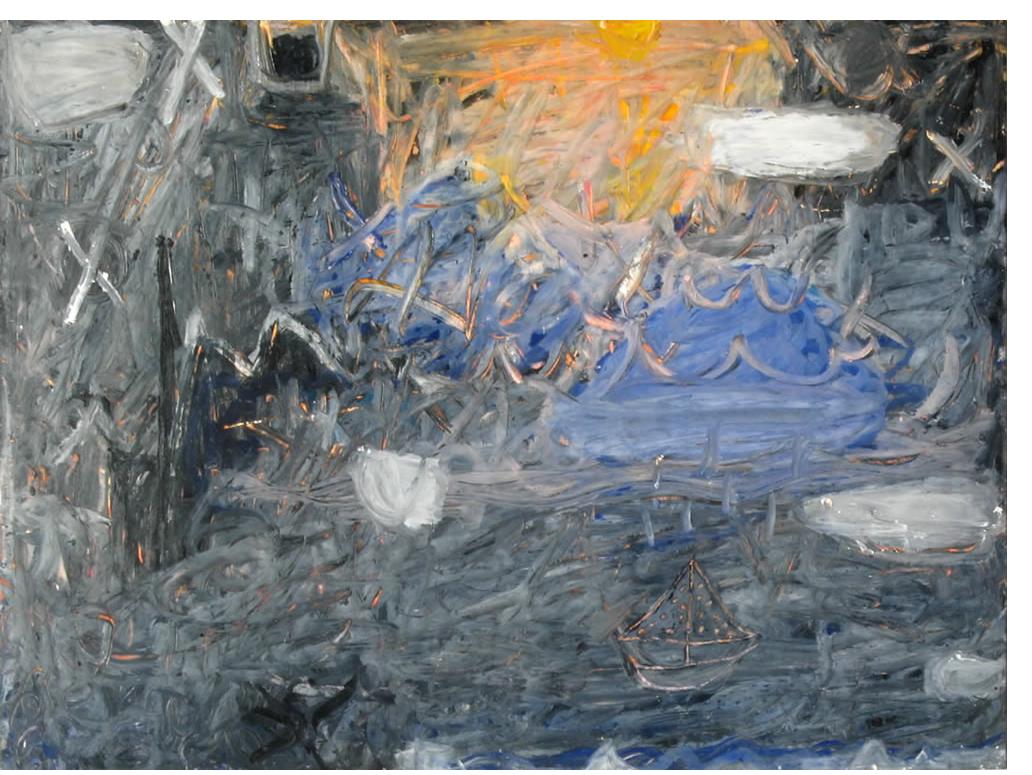 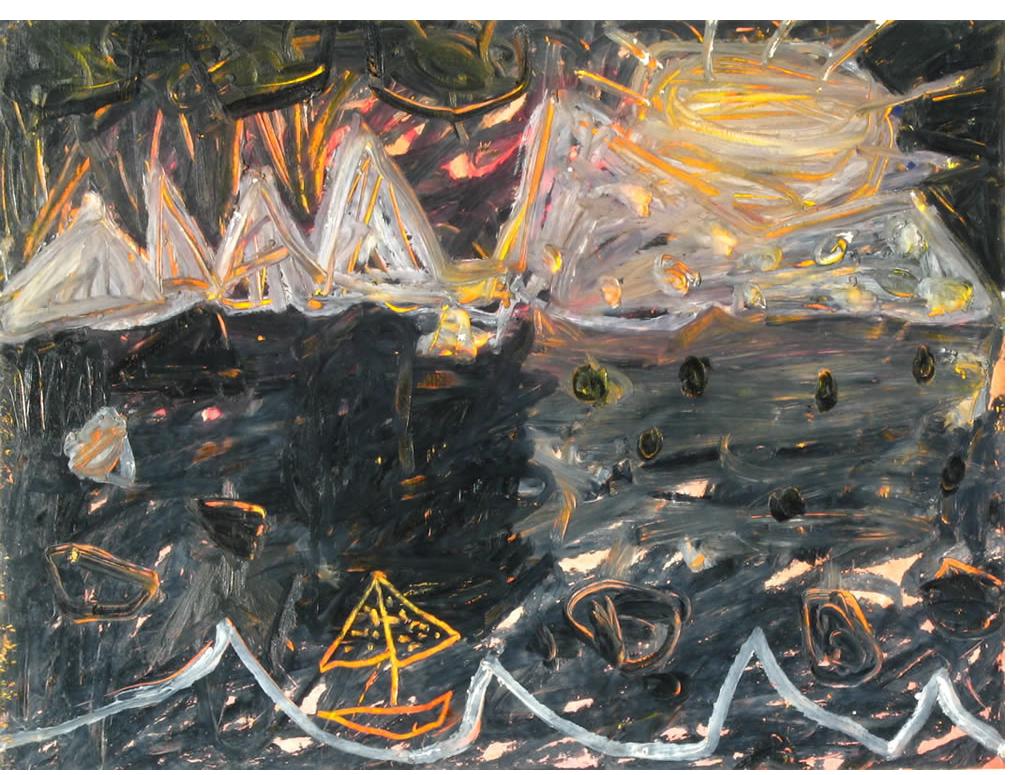 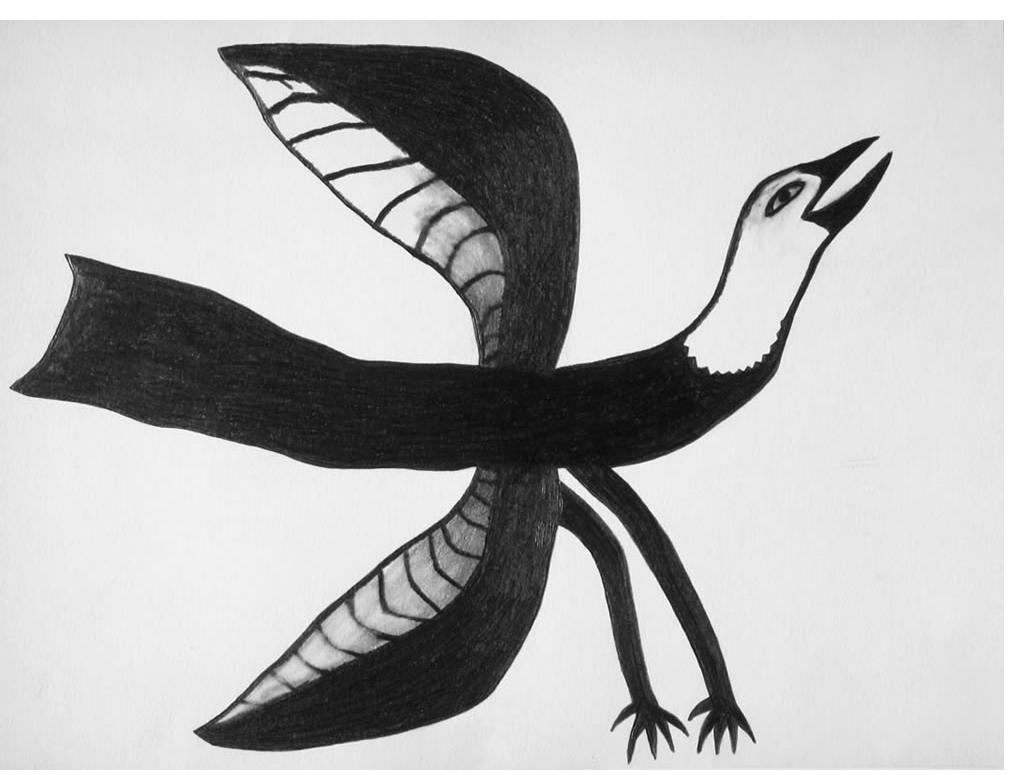 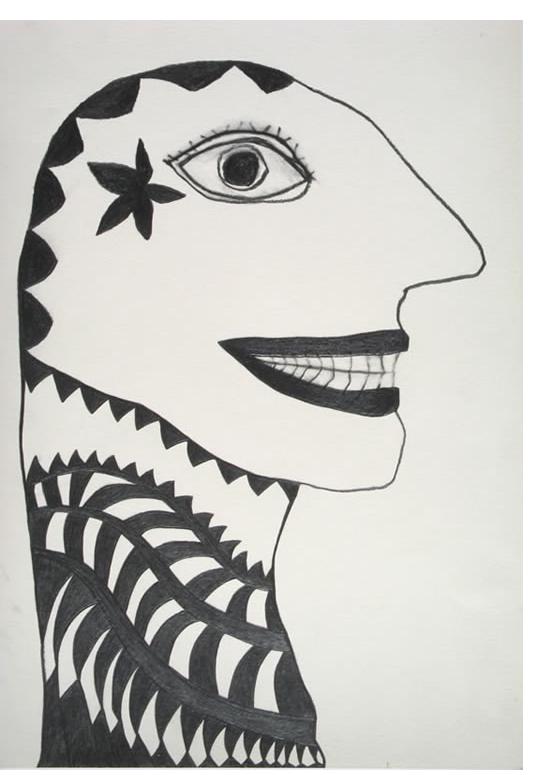 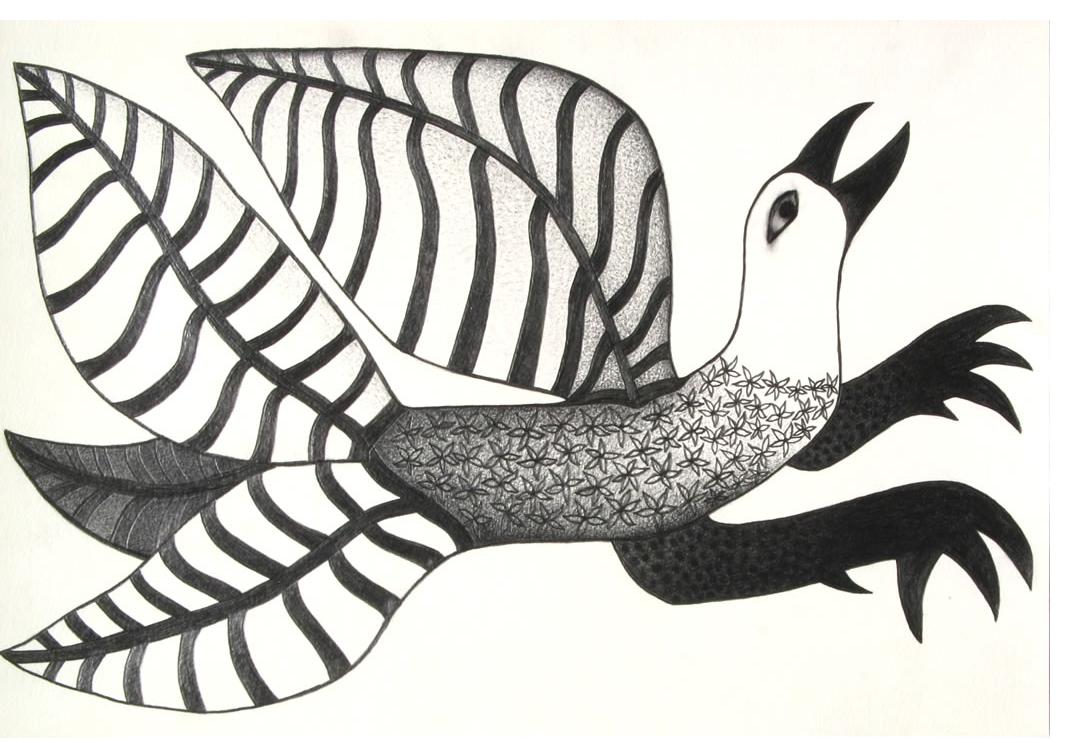 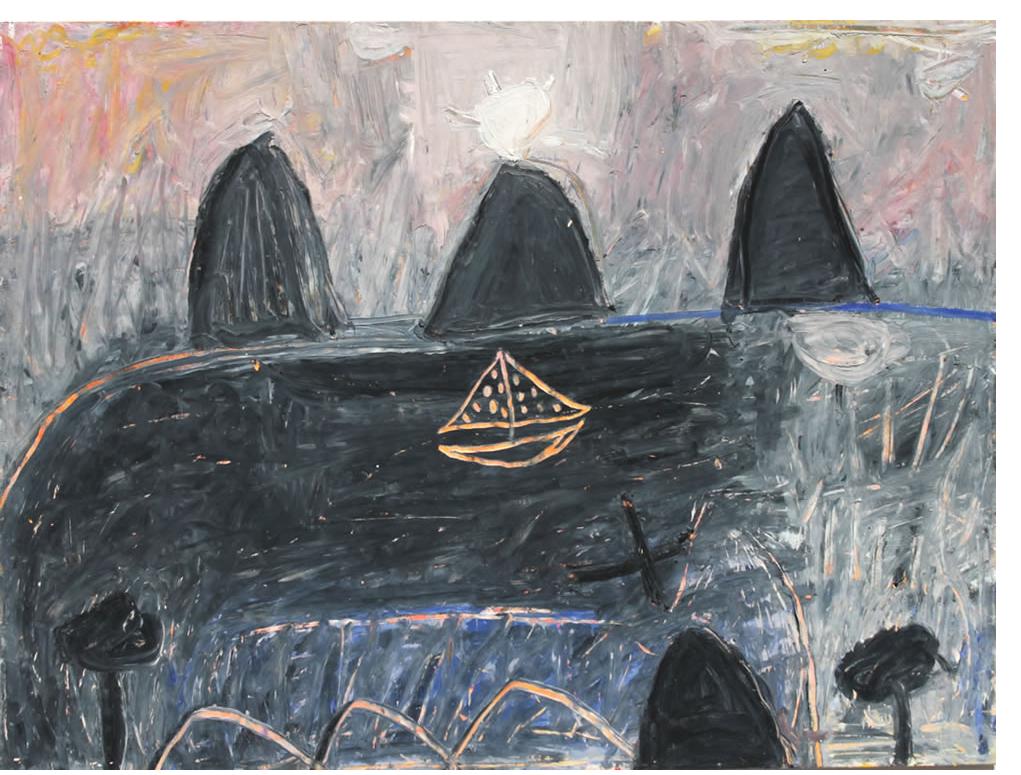 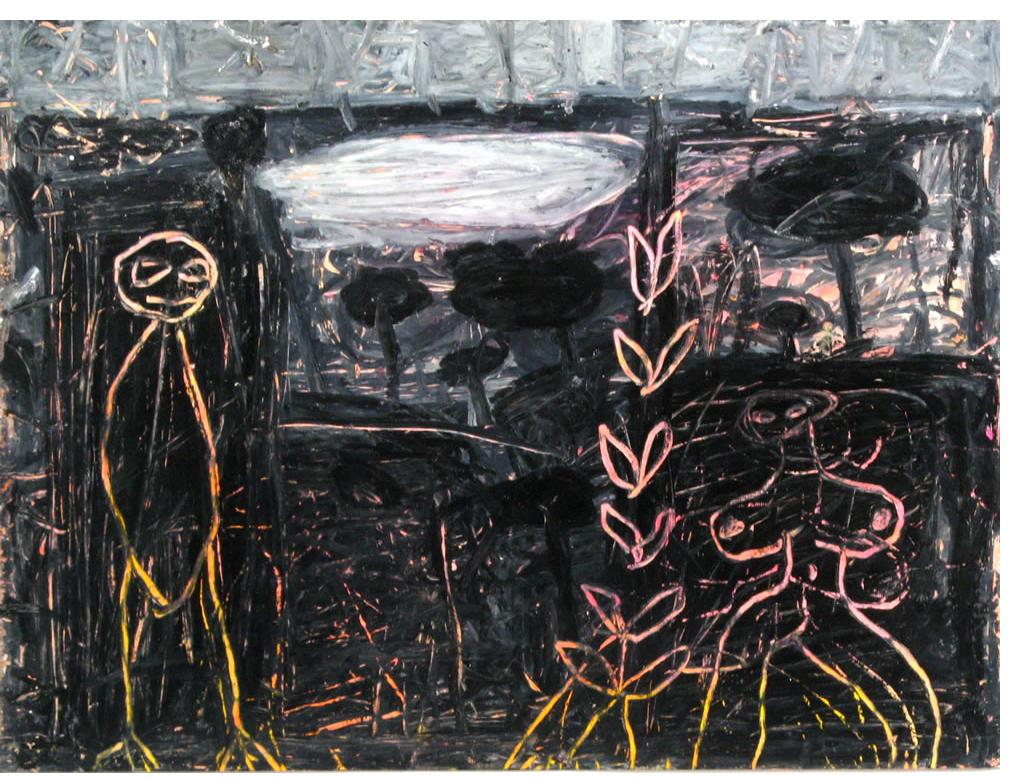 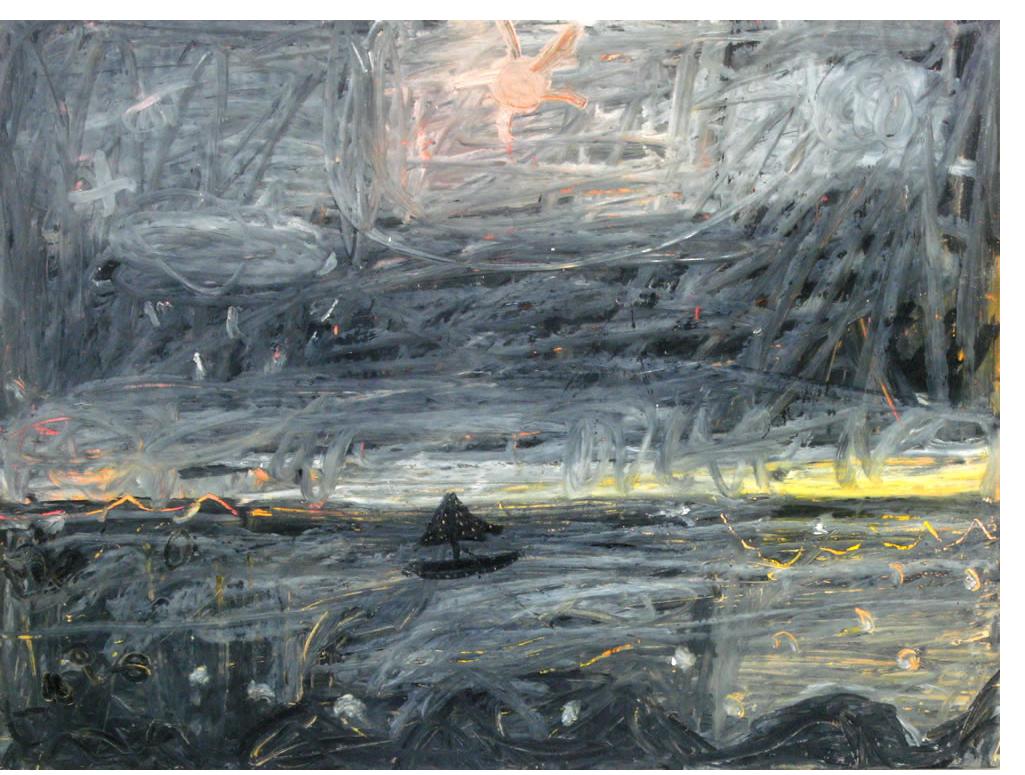 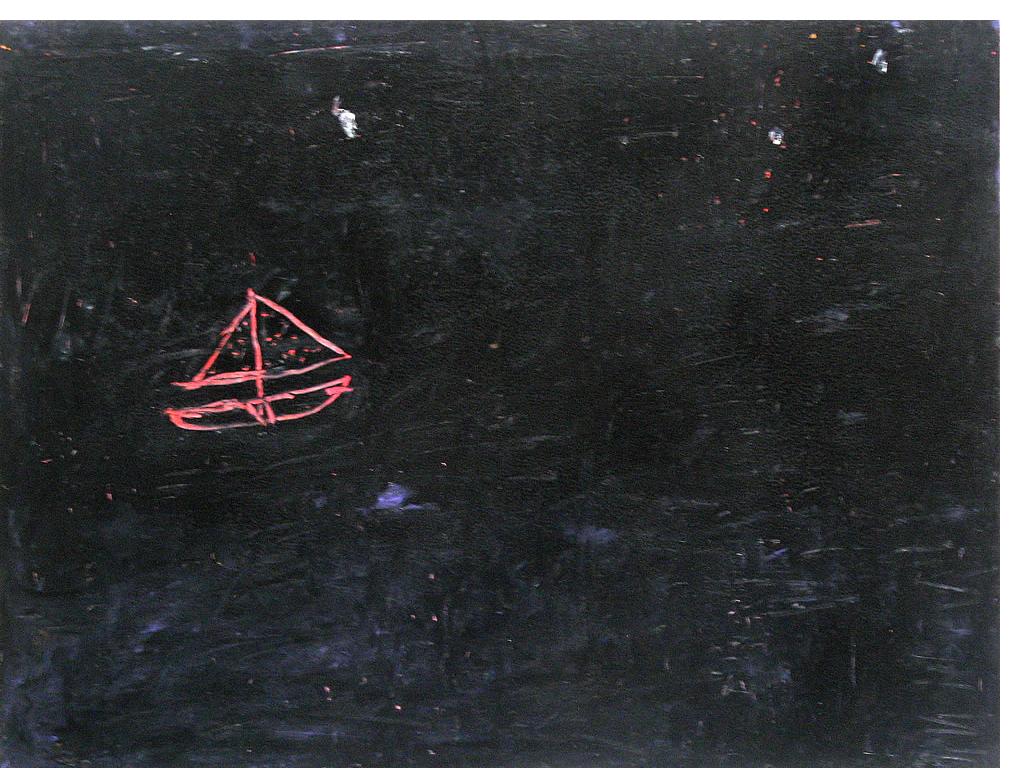 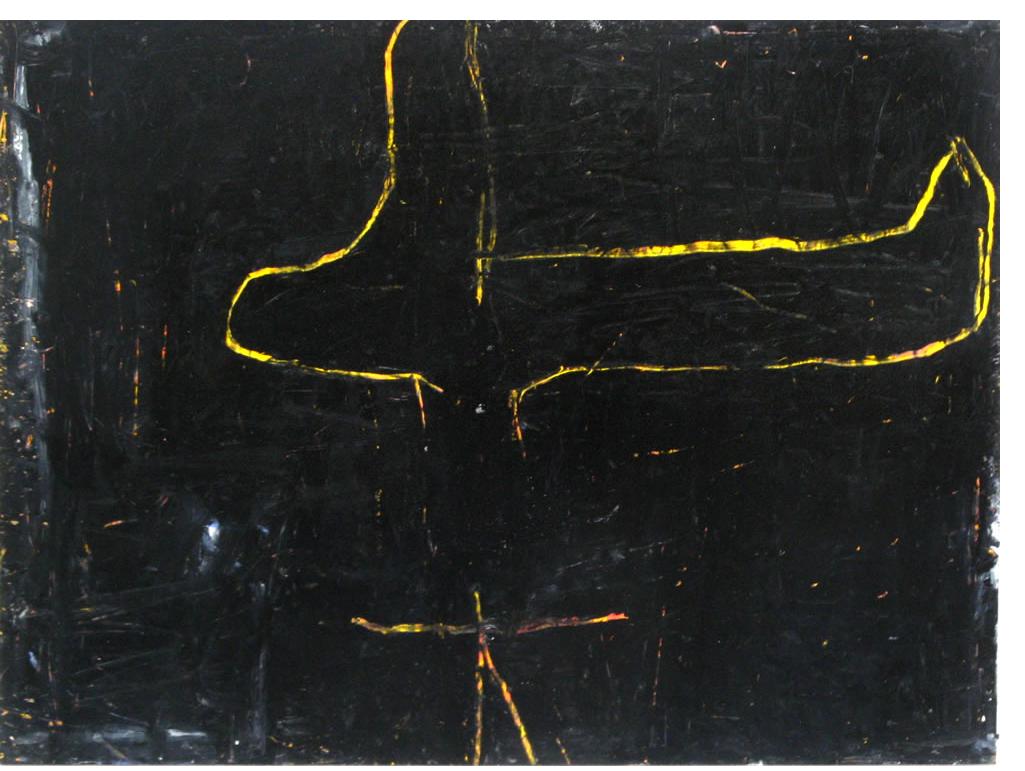 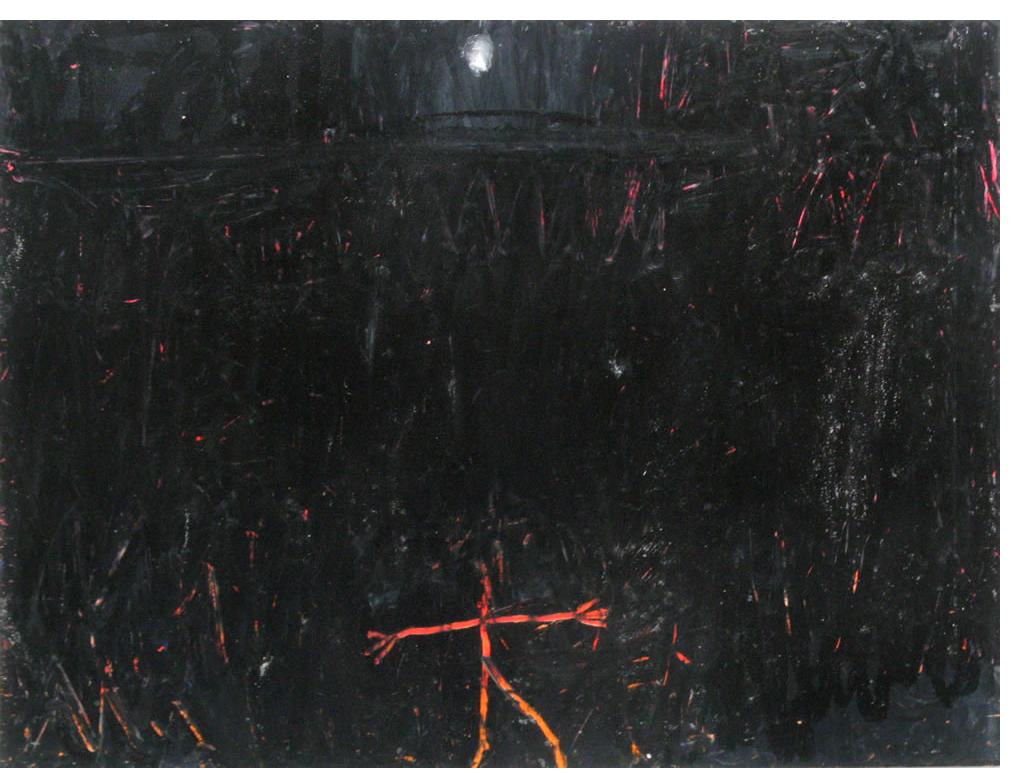 Stuart Hodkinson, who was born in 1940, experienced many interruptions to his early education as his father was serving in the Royal Air Force, hence the boy was forced to move to schools in various parts of the country. Hodkinson's parents had a very strained relationship, and the child lived for a time with his maternal grandparents. He was later sent to boarding school, which he hated. In 1957 his father committed suicide, which had a profound effect on the youngster. Only a year later his mother remarried. In 1959 Hodkinson went to what was then The Fine Art Department of King's College, Durham, where he was tutored by Victor Pasmore and Richard Hamilton, graduating in 1964. He then attended The Slade School of Fine Art (64-66) and The University of Reading (66-67), before going on to lecture in Fine Art at Norwich School of Art from 1967-75. Following this fertile period Stuart unexpectedly lost his job and was forced to live on unemployment benefit for around 20 years, supplementing this meager income by working in a flower shop and dog walking. He continued nevertheless to paint and draw and in 1979 he finally achieved some success when his work was exhibited by The Arts Council at the Serpentine Gallery, London.

During the 1980s Hodkinson became increasingly detached from the art world as he began to experience psychological problems, for which he underwent therapy and received counselling for many years. He also suffered from a number of medical conditions, including severe angina and an atrophied pituitary gland. Following this period of ill health his work changed radically, it became more intense and much simpler as he strove to communicate through his art a new and profound visionary sense.

Hodkinson lived for some time in the Ladbroke Grove area of London, however in the 1990s he received an unexpected inheritance which allowed him to return to Newcastle, to a pleasant semi-detached house where he was able to concentrate exclusively on his drawings. Sadly his health continued to decline and he suffered a fatal heart attack in 2007. During his lifetime, a victim of many psychological and physical afflictions, he did not achieve the renown that his work deserved, but in recent years his reputation has been the subject of a posthumous revival with much critical interest and appraisal.

'In spite of all the years, in spite of the great pyramid of history, in spite of all contemporary dogma, I feel, with relief, that there is source of personal naivety left, that it might be possible to paint like an ageing child.'
Stuart Hodkinson

The Henry Boxer Gallery is proud to display a rare group of Hodkinson's paintings from the period of the 1979 Serpentine Gallery show, and also a series of his wonderful late pencil drawings at the 20/21 British Art Fair in September 2012. A Tyne & Wear museum show of his work has been proposed for 2014.