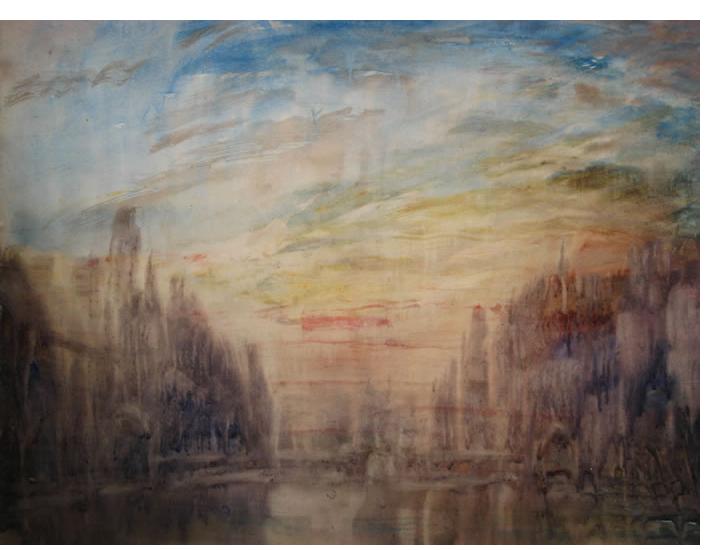 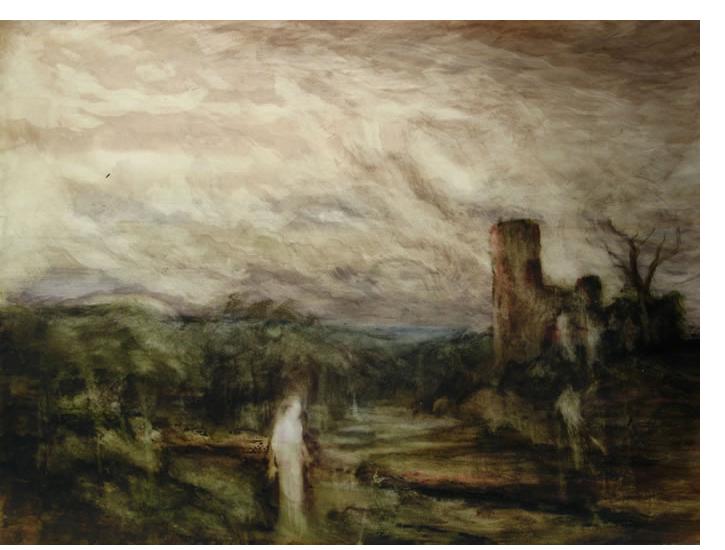 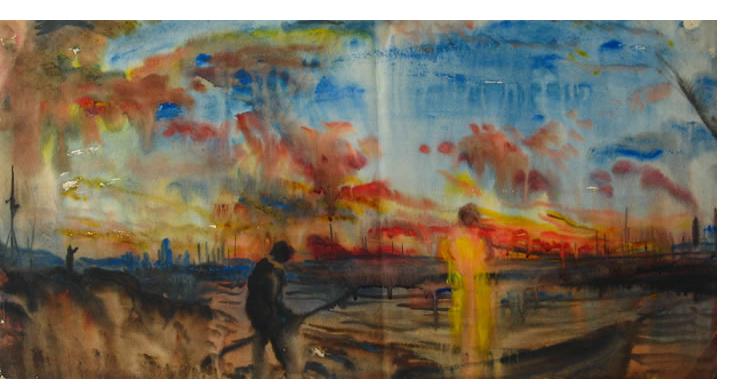 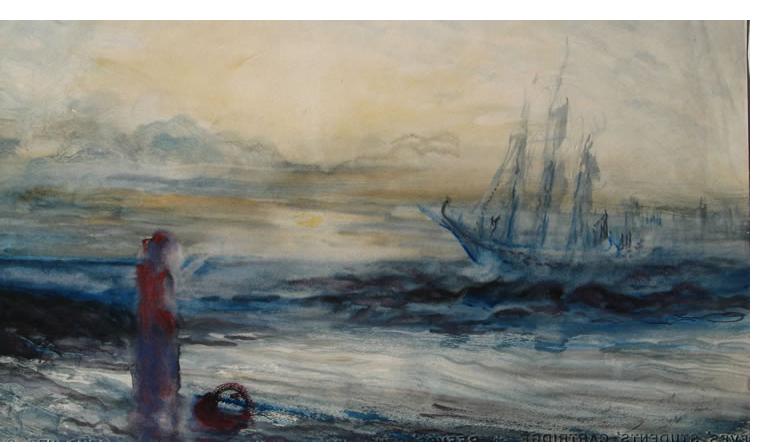 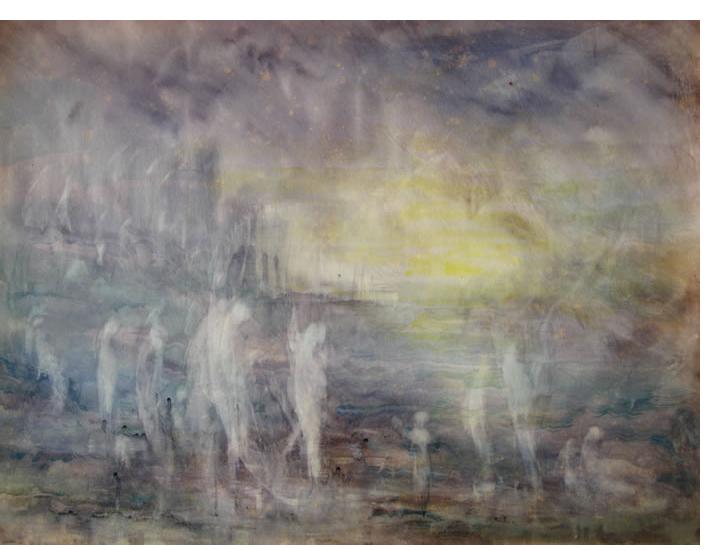 William Freeman’s work has certain superficial links with the English romantic tradition and the dank and desolate air to be found in the paintings of the Neopolitan painter Salvator Rosa. However, his conventional early and middle periods, mostly genre scenes, stand in stark contrast to the visionary and *startlingly modern landscapes, often with single isolated figures, that be produced after 1910 following a depressive illness and possible mental breakdown. In some respects, the dramatic change in his work is mirrored by the Victorian artist Charles Sims whose visionary late work is better known and greatly prized by collectors.

Born in 1853, Freeman lived a quiet and unremarkable life in Surbiton, restricting himself exclusively to drawing and watercolours. His few exhibitions were local and he showed rarely; the late works, sourced from a private collection, have never been shown publicly until now. From the limited information available about him, it seems he was a pessimistic and eccentric character. In, one poem he wrote: ‘kindly death, dig out my grave with your skinny hands; come to me when you list and I will not turn to flee, but will gladly welcome your cold embrace’.

'The late work, though retaining echoes of William Turner’s wild landscapes, is redolent of a number of later modern artists: Yeats, Kubin and Nolde amongst them...'