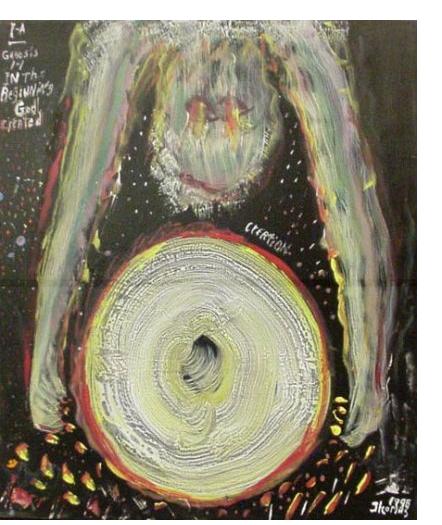 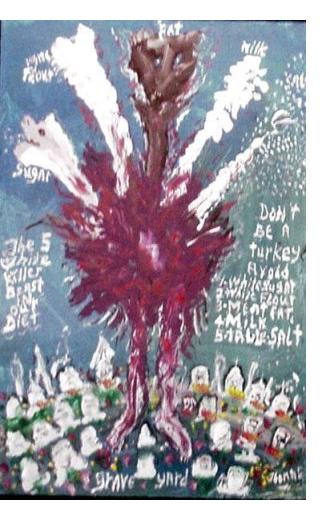 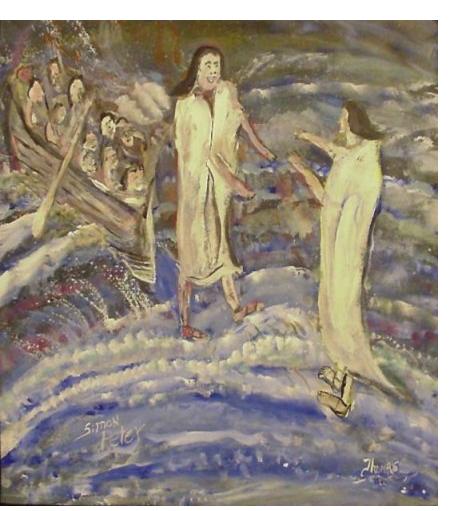 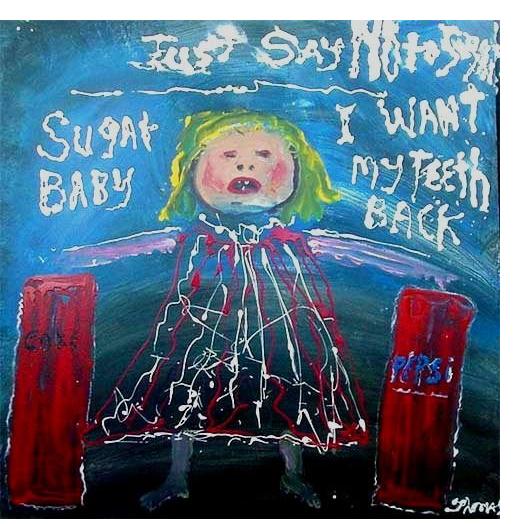 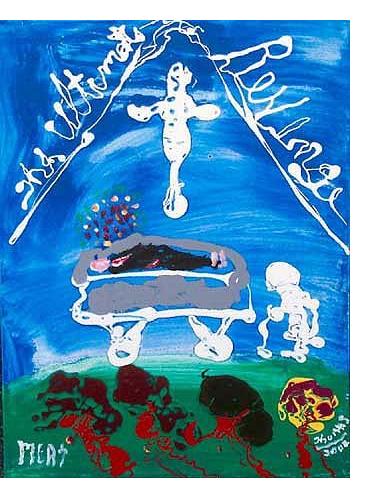 Until he reached the age of 53, Thompson had little interest in the fine arts. All the more surprising is the promptness of his response to a vision he received during a worship service in Hawaii in July 1998. In this vision, Jesus Christ proclaimed the imminence of His Second Coming and the ind of the present world. The very next day, Mr. Thompson bought canvas, brushes and acrylic paints, knowing that he had been called to paint the clear and precise vision he had received.

This step of obedience is even more astonishing in light of the fact that William Thomas Thompson is, from a practical viewpoint, incapable of carrying out this task - not due to a lack of talent (it is evident that he is a natural genius of so called "naive" painting) - but because he has suffered from a rare nerve disease since 1987. This condition has affected his entire motor system, causing uncontrollable shaking in his shoulders, arms and legs. He suffers to this day and must use crutches for support - yet in spite of this, he proceeds unabatedly with his painting.

Another astonishing fact: this previous businessman, who handled millions in sales volume, lost all of his wealth one year after the onset of his illness. Yet instead of reacting with accusations towards God, he sees God's grace in this turn of fortune. Without this loss, he says, he probably would never have begun to paint. Painting has become his language, and his literally breathtaking capacity for visual expressiveness was present in the very first brushstroke. William Thomas Thompson, who had nothing to do with art for the first five decades of his life, now realizes that through the medium of painting, people the world over can be reached with the hope, beauty and clarity of God's message: directly from the eye to the heart!!

Approximately half of the works in his visionary oeuvre, which encompasses over 1000 paintings, deal with Biblical themes. Other topics critically address social problems and inequities which Thompson recognizes in Western society. The "unmodern" i.e. unpopular and seldom used concept of mercy is tangible in his paintings - and viewers respond with understanding. Many are moved, even to tears.

"My work is not yet completed, but the voice which I hear and obey will become perceptible for all people!!" (William Thomas Thompson) 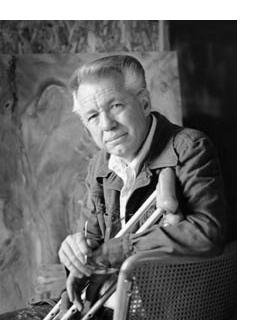