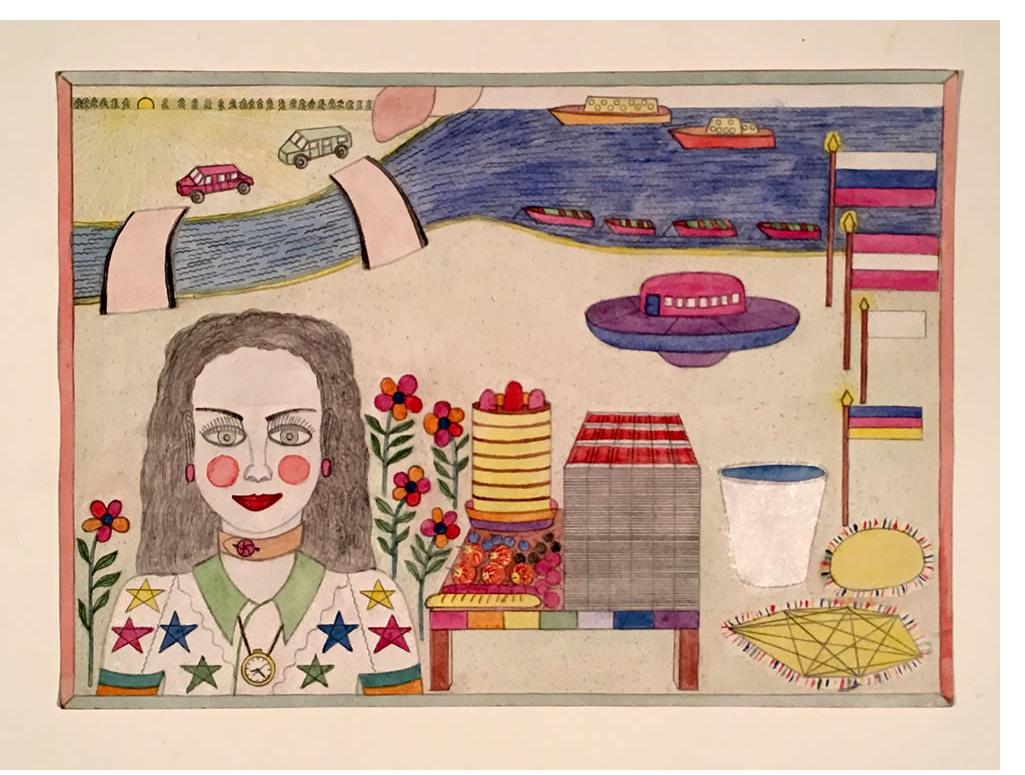 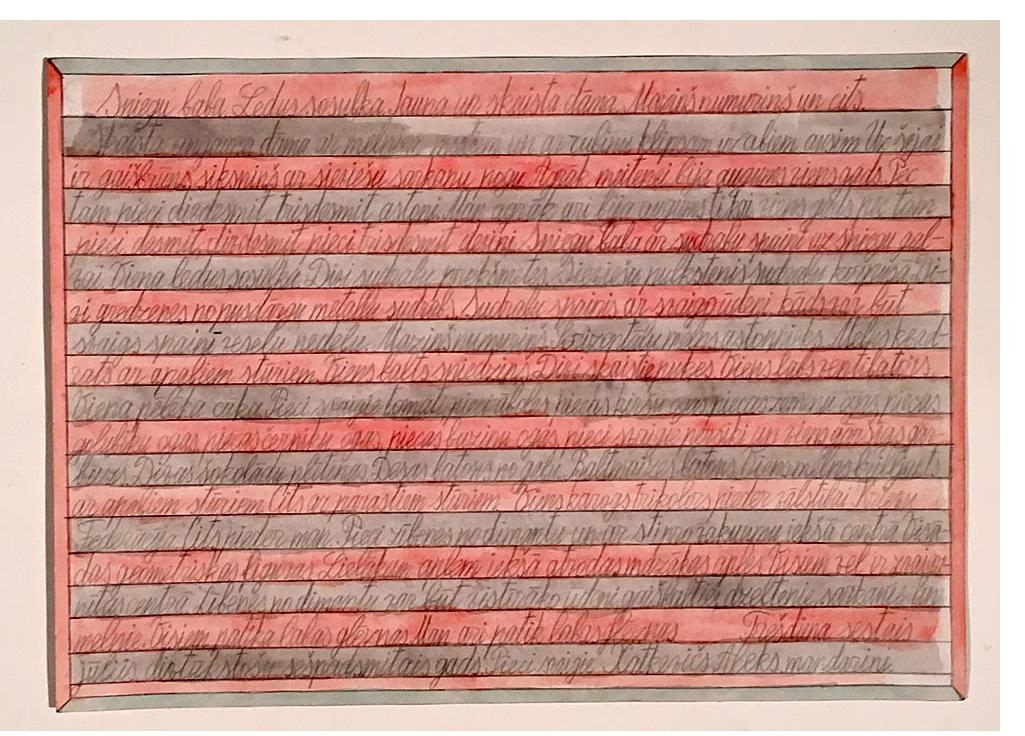 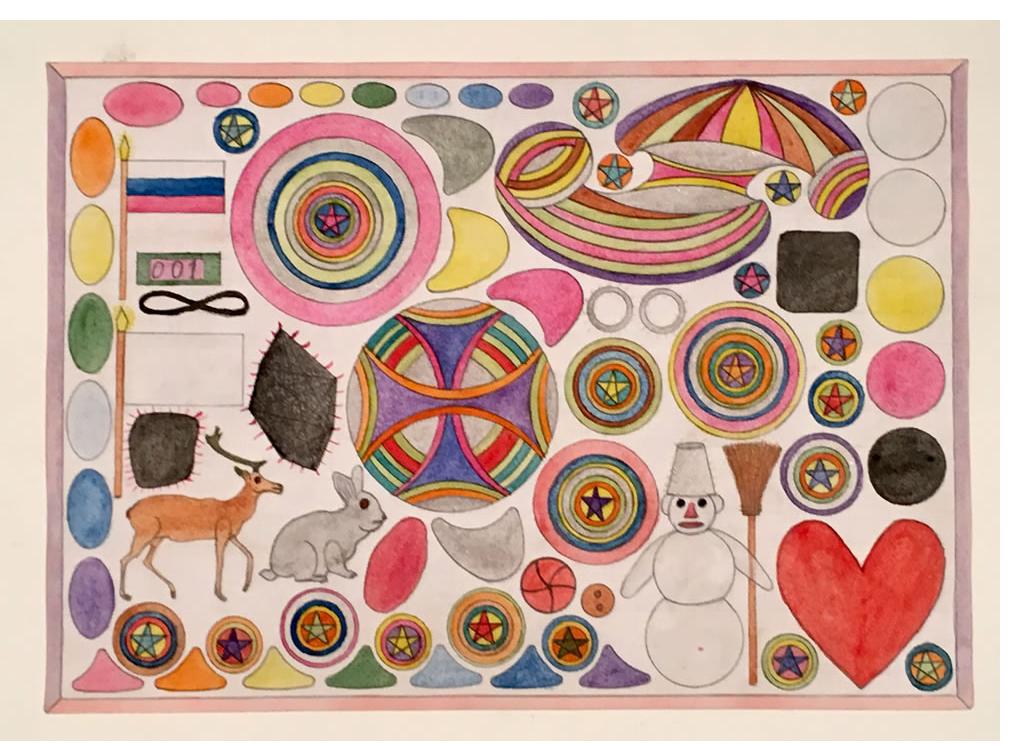 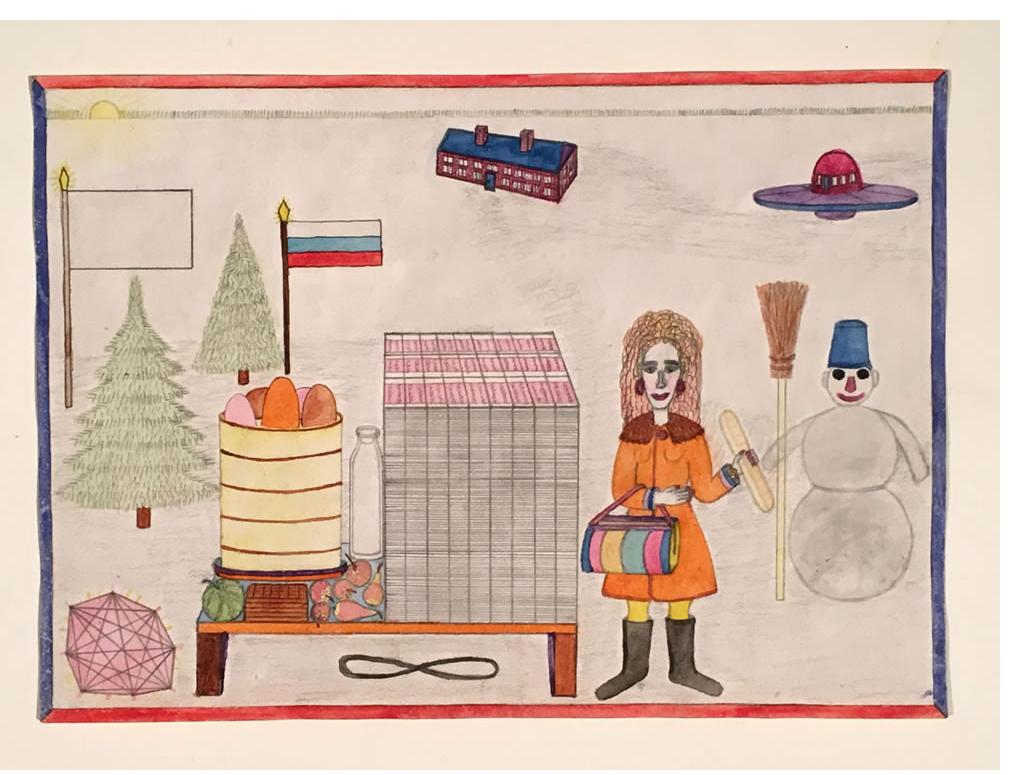 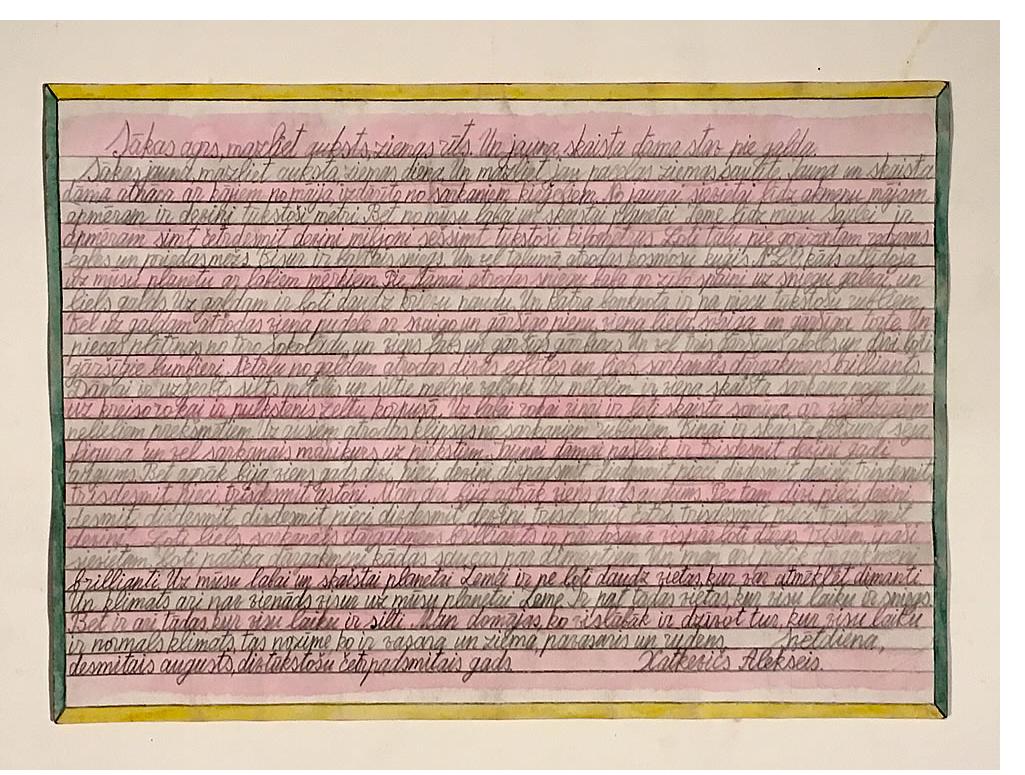 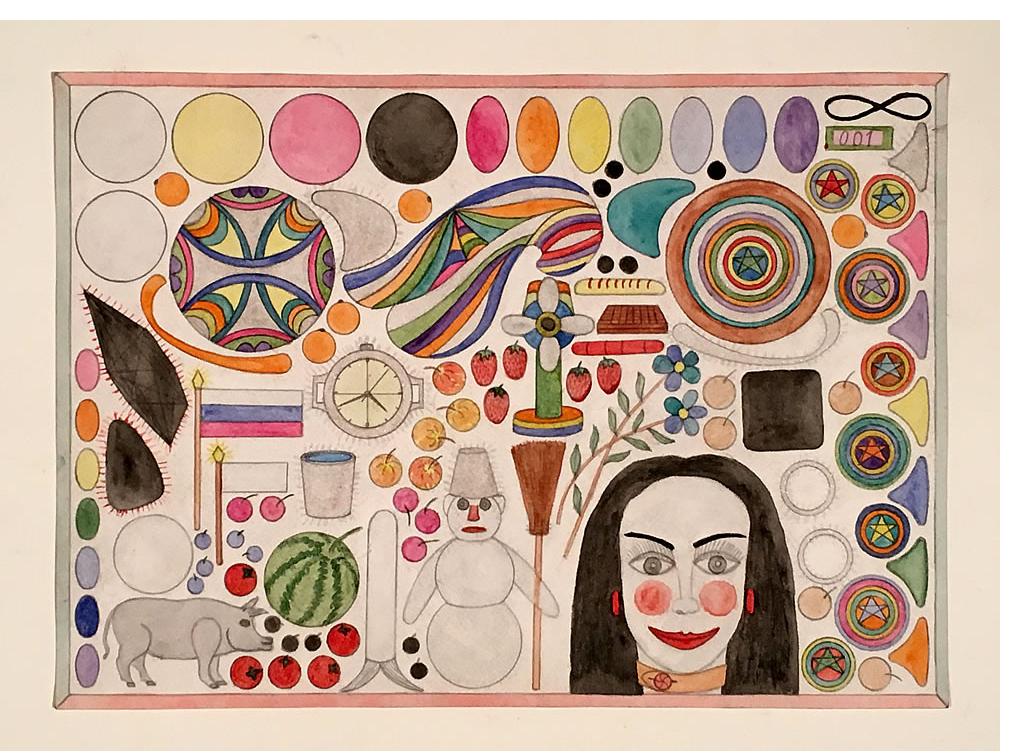 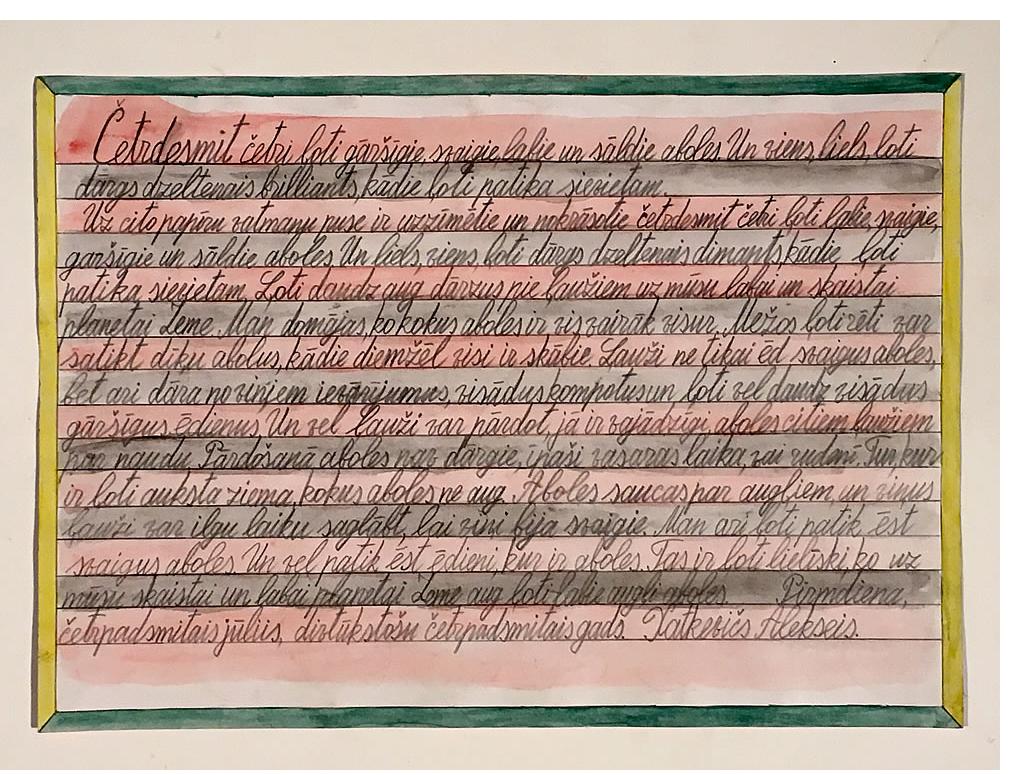 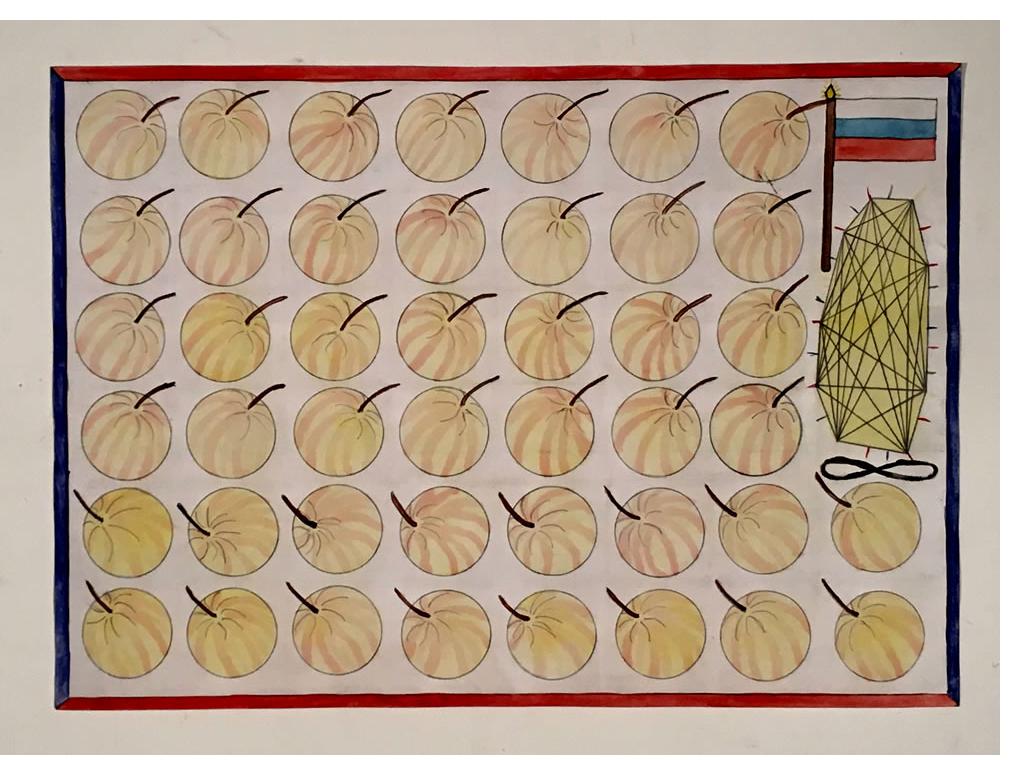 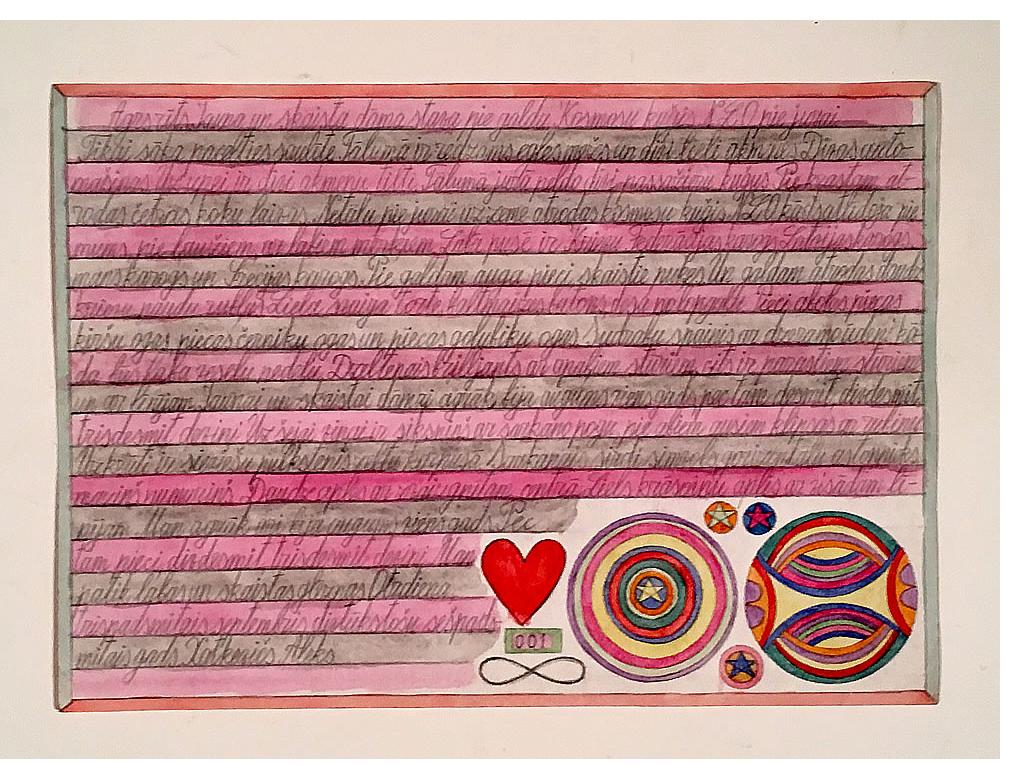 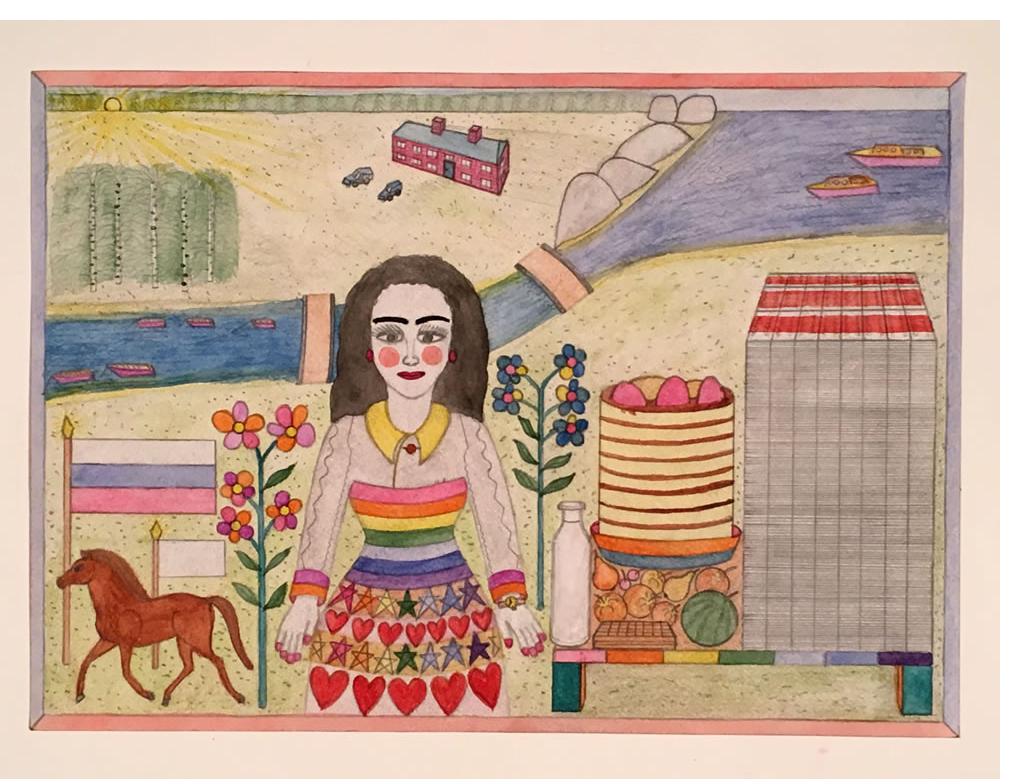 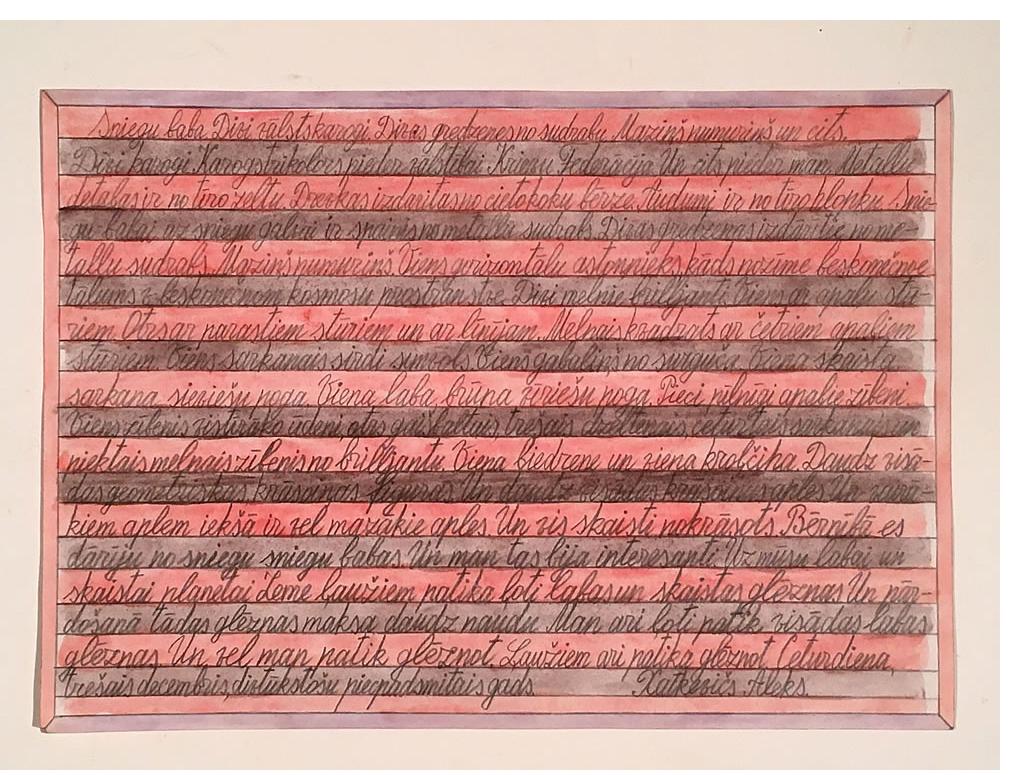 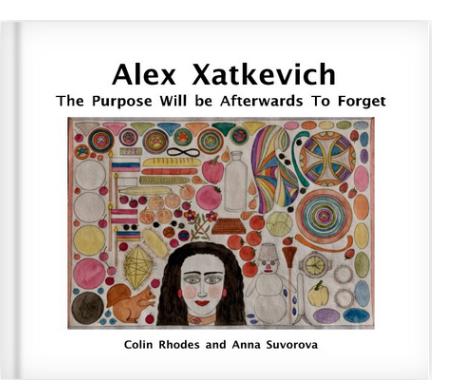 Working in the confines of a sparse secure hospital in Russia, and completely self-taught, Alex Xatkevich has produced an imaginative world of abundance and desire. His drawings are deceptively simple, childlike even. They describe a wealth of meaningful objects dredged from memory, which are at once tokens of luxury and pure physical indulgence. There are narratives of love, control and the transformative power of hermetic number symbolism to be found here. And every work he makes is an offering to the idealised figure of woman.

Xatkevich was born in 1950 in Riga, Latvia. His mother was Latvian and his father from Byelorussia. He enjoyed only minimal schooling, and at the age of eighteen he was sentenced to fifteen years in prison, probably because of assumed political dissidence. Freed in 1983, he worked as a loader before being convicted again and sentenced, this time, to death. He spent 44 days on death row before he was found to be suffering from severe mental illness and his sentence commuted to life in a secure psychiatric hospital.

Xatkevich discovered a love of drawing in primary school, yet having been separated from the everyday life of the outside world for most of his life, his emergence as an artist belongs to a moment, less than two decades ago, when he was already in his early fifties. He joined a hospital art therapy class. Freed from the strict regime of hospital life for three afternoons a week, and rejecting any input from staff, he has since spontaneously revealed a rich and compelling imaginative life in hundreds of works. The number 44 perhaps unsurprisingly assumed a special significance, with many early works consisting of 44 ‘objects of desire’, sometimes with the addition of a Russian or white flag, a diamond, and an omega sign. Each object, whether immediately recognisable or apparently abstract is deeply symbolic and meticulous placed. Yet the seriousness of his intent is conveyed through a joyous use of colour and form that is highly satisfying visually.

His works are represented in private and museum collections in Russia and Europe.
Translated from the Russian

A New Book, Alex Xatkevich: The Purpose Will Be Afterwards to Forget is now available for purchase from BLURB