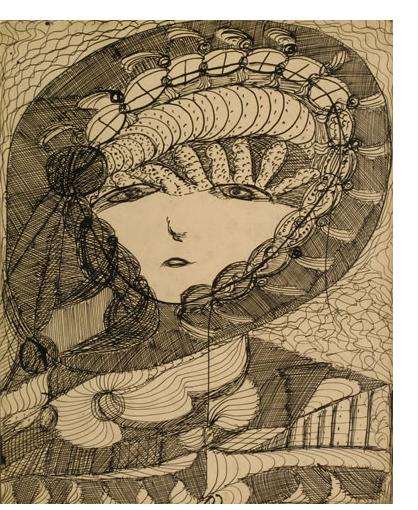 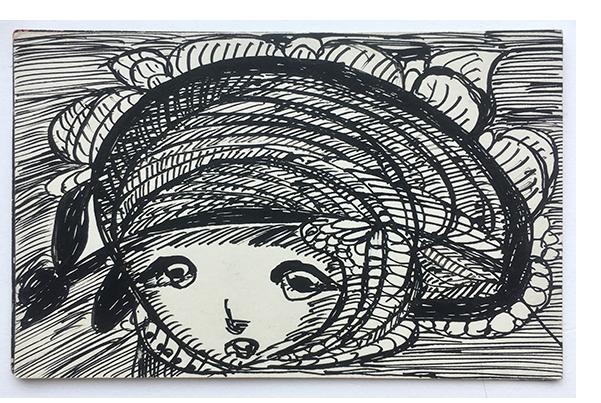 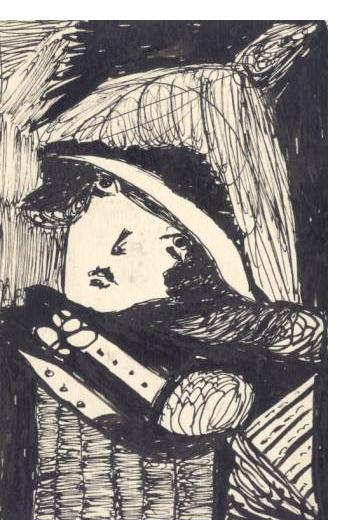 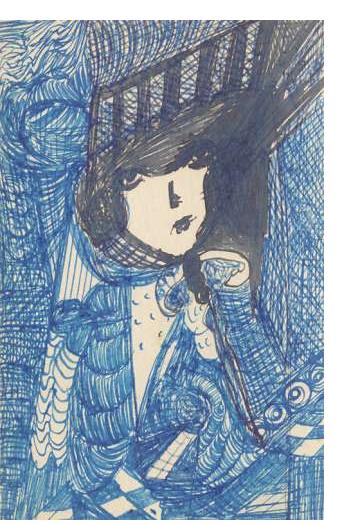 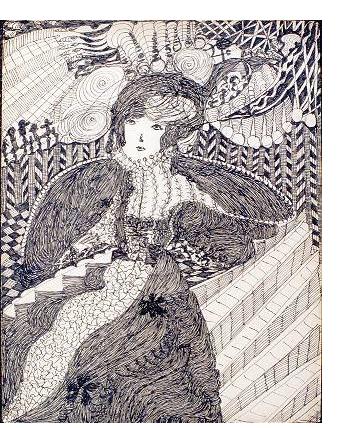 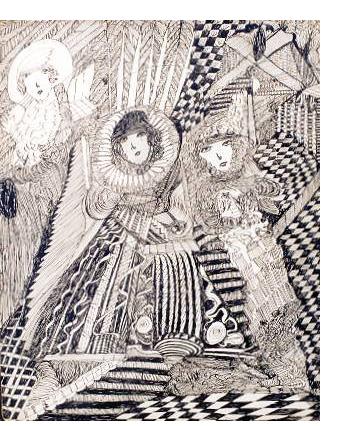 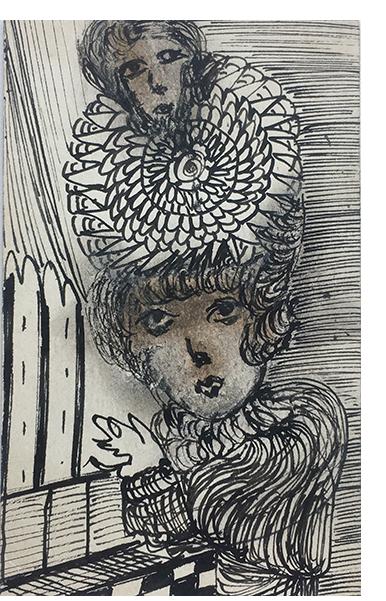 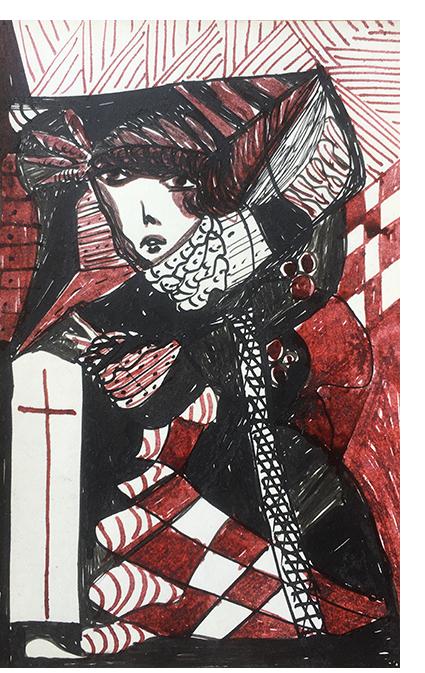 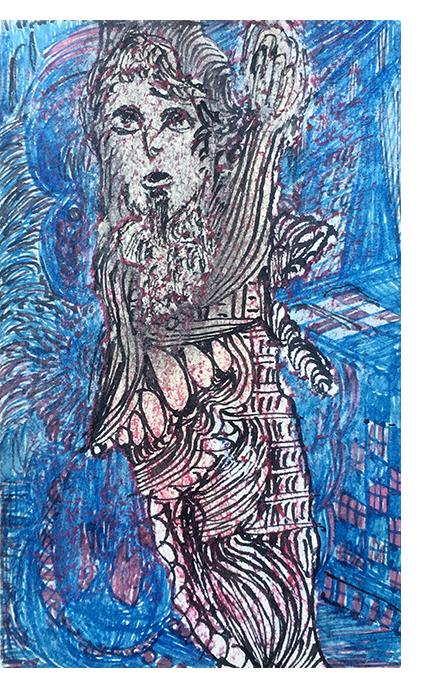 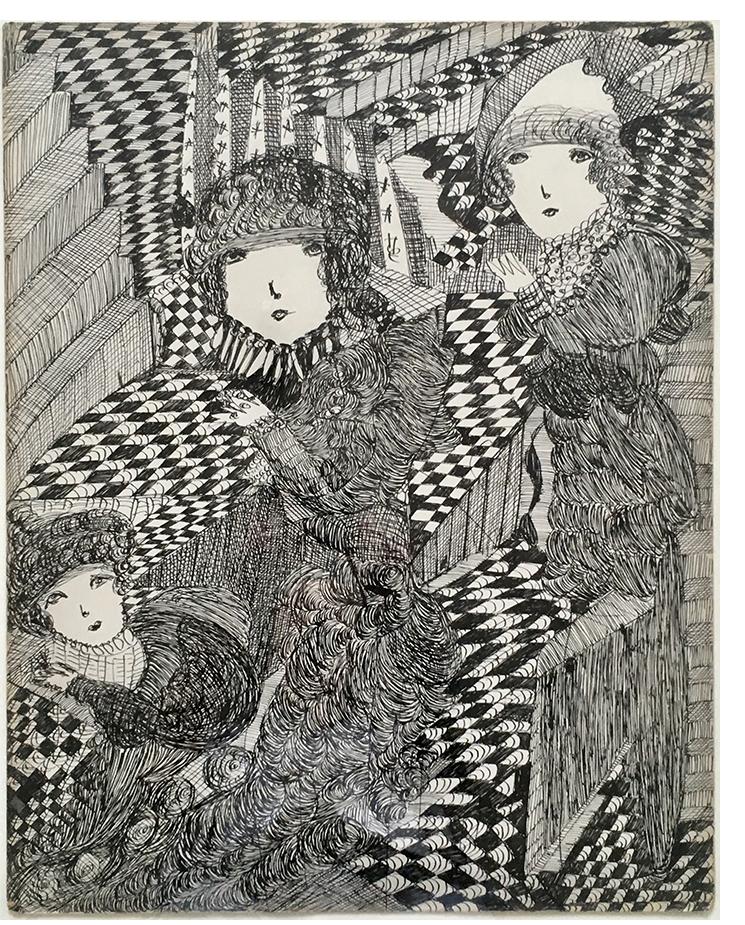 The tremendous creative outpourings of the mediumistic artist Madge Gill began after her only daughter died at birth in 1919 and a subsequent illness during which she lost the sight in one eye. Her early life had been no less traumatic. Born in london to an unmarried mother, at the age of nine she was placed in an orphanage and subsequently sent to Canada as a farm servant.

Gill returned to London when she was nineteen and before her marriage lived with an aunt, who introduced her Spiritualism. Gill's discovery of drawing was a direct result of attempts to contact her daughter and one of her sons, who had died during the influenza epidemic of 1918, the other side.

She maintained that she was guided by a spirit she called Myrninerest and often signed works in that name. Her oeuvre ranges from postcards, produced after another in all-night sittings, to drawings covering immense rolls of calico, which she finished incrementally, earlier parts of the drawing becoming hidden as the fabric was rolled to reveal a new blank surface. At times Gill exhibited work at amateur art exhibitions in the East End of London, but rarely sold her creations, insisting that the belonged to her spirit guide.

Madge Gill is one of the premier examples of outsider art. 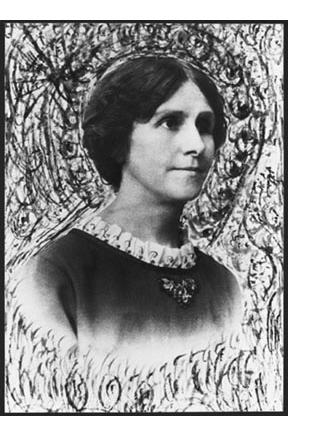