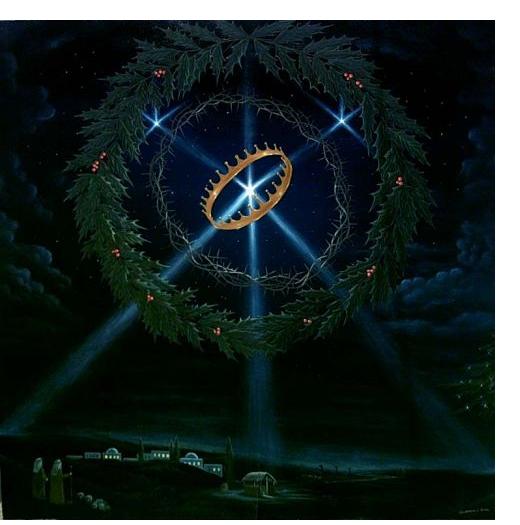 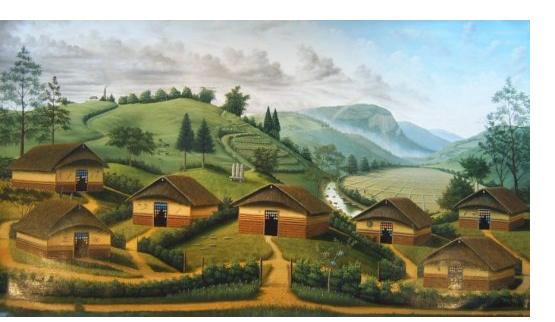 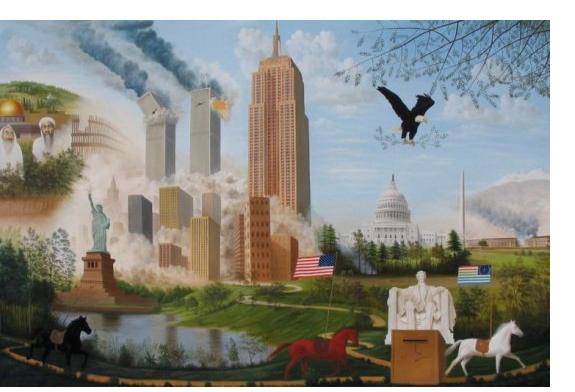 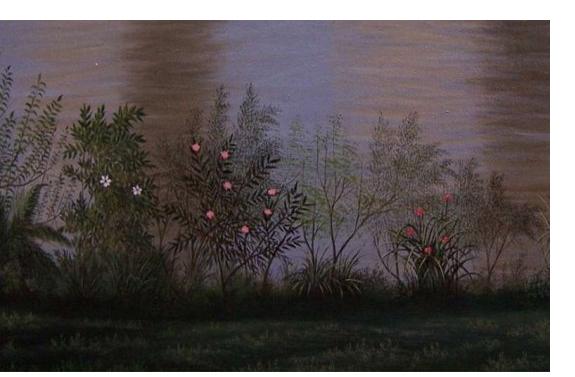 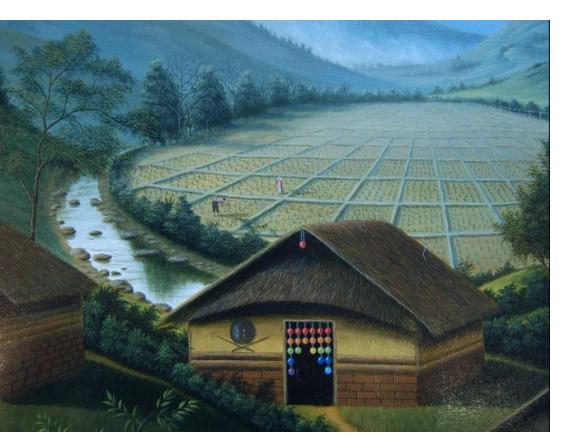 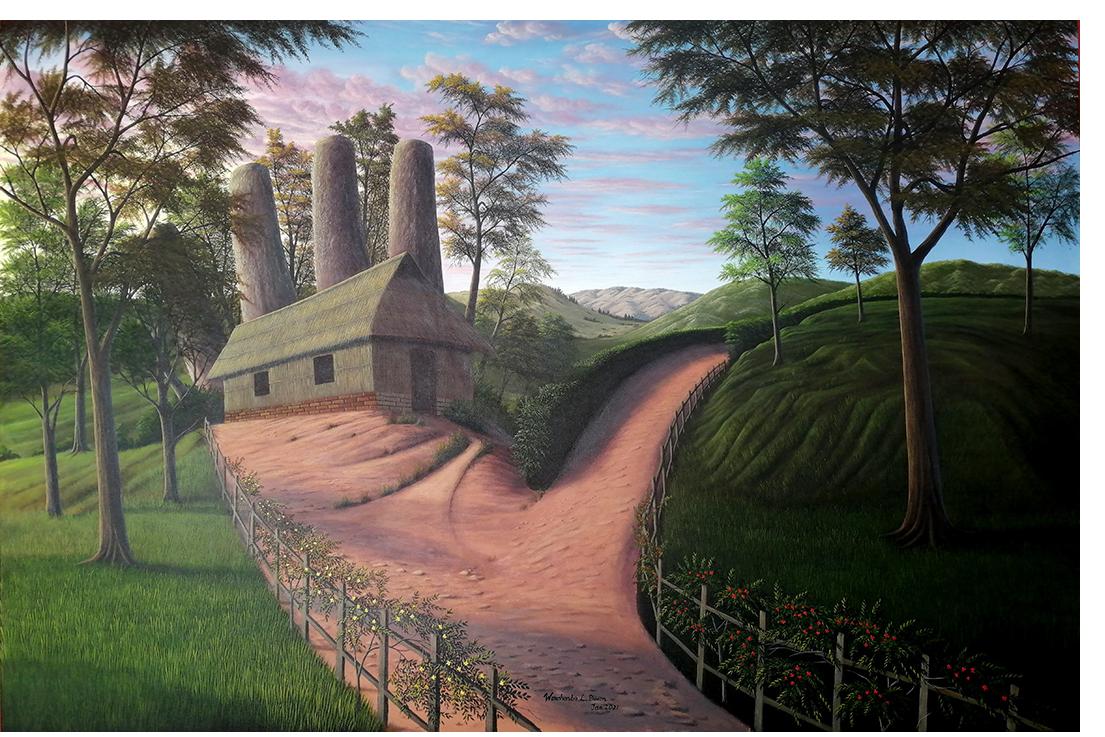 Wonshondro Buam 'The Hand' 2021 acrylic on canvas 4 x 6 ft. It depicts man's trust in the Almighty's protection and guidance. The three fingers depict the rugged and tall ancient Khasi monoliths to represent protection in the palm of the Almighty's hand in the midst of vulnerability and the thumb to depict His guidance to the path leading to the unknown and the unforeseen.

Wonshondro Buam started drawing at a very young age, and received many prizes during his school days. These early achievements turned his attention to painting. Self taught just from the book “Drawing and painting for young people” written by Mervyn Levy, he gained so much inspiration from the book that in a very short period of time he could do oil paintings considered to be at par with any good artist of his place.

In spite of a gap of many years, emerging out of his engagement with his professional studies and career, his interest to painting has been as strong as ever before. In the early part of 2001, the switching over of many landscape painters to abstract art drew his attention. To his opinion, he felt that his style and technique should not be changed but should be improved. In 2003, after a long and in-depth review of his style and technique, he decided to improve his style and technique by way of realizing/depicting the abstract idea using real objects in a realistic three dimensional space.

In 2004, he took up the work “Lest we forget the 911 event” which is based on his improved style and technique and in 2005 he took up the work “ A mystery behind the seven huts” which is again based on this technique. He is continuing to produce artworks based on this technique. His works of art caught the attention of many and currently, on the basis of the recognition as “a prominent art personality”, he is the member of the prestigious North East Zone Cultural Centre (NEZCC) a body under the Ministry of Art and Culture, Government of India.

Last but not the least is the religious/spiritual and mystical and side of his art. Religious/spiritual because he still recalls his early childhood dream of becoming an artist. An innocent child he was with such a simple faith and a simple prayer for a talent with a promise to the Giver to use the talent one day to glorify Him. Hopes and dreams are his for these promises not to be broken. The fulfilment may seem a distant dream but his recent works of art definitely manifest that he is striving towards that dream. Mystical because of many factors such as the influence of the writings of great philosophers like Immanuel Kant, Sigmund Freud, Albert Einstein, David Hume and many others, his natural tendency to mystical and intellectual life and so on. The religious/spiritual and mystical side of his art could be seen in most of his recent visionary art works.