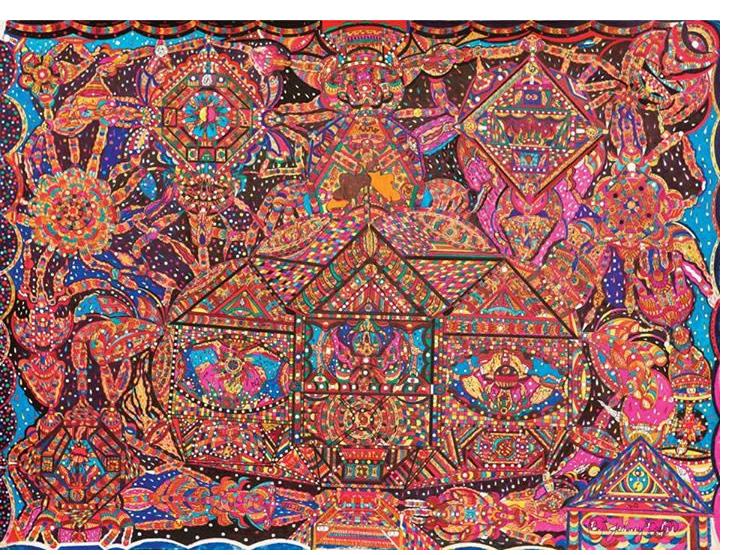 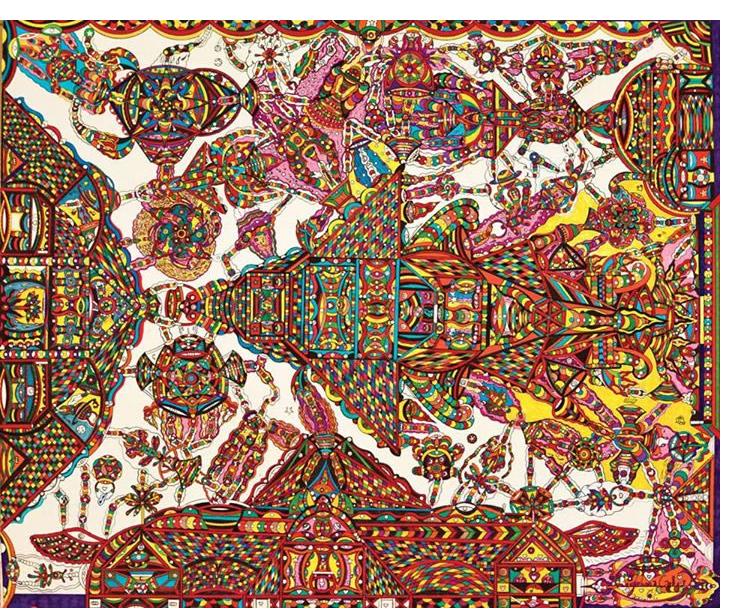 Visionary perception favours a prepared mind, and nothing seems to prepare the mind like personal suffering. If it’s intense enough, it can spontaneously alter consciousness, opening a sensitive individual to previously unknown realms of experience. Indigenous cultures long ago developed rituals and visual forms to help stimulate such visionary mind states. The contemporary West has no equivalent to shamanic initiation rites or related art forms, leaving the whole realm of visionary perception to chance. Modern Westerners continue to undergo spontaneous visionary experiences, but few know what to do with them. Even in our supposedly secular-rationalist society, however, such experiences can sometimes find spontaneous expression and undergo systematic elaboration. We have repeatedly seen it occur with self-taught, visionary artists—individuals with prepared minds and strong creative inclinations.

Last year I made several trips to see a dedicated exponent of this phenomenon, Johnny Culver, whose intricate drawings have recently drawn attention in the art world. After some regional exposure, his work was well-received in New York when several of his drawings were in the American Folk Art Museum’s group exhibition “Approaching Abstraction.” (1)

Culver was born and raised in Sparta, Georgia, where he continues to live, and where African Americans like himself make up a majority of the small population (about 1,400 total). When he started drawing in 1980 he was 20 and employed at a fishing supply shop, where he pumped gasoline and handled clean-up duties. Having returned to Sparta after a year on his own in Atlanta, he was mired in a deep depression brought on by a failed romance. One day he picked up a piece of cardboard from a corner of the shop and started drawing on it. Soon he was so immersed in the process that he temporarily forgot about everything else, including the girlfriend who dumped him. The longer he kept drawing, the better he felt­—temporarily freed from day-to-day concerns. He kept the cardboard and eventually filled its surface with geometric forms in a combination of red, blue and black ink. Meanwhile, he began drawing on other surfaces, and soon found himself working on several compositions at a time, setting off the intensive art-making practice he still pursues with high energy and seemingly boundless enthusiasm. At 53, he has been at it for three decades without any apparent loss of momentum. The resultant paintings, painted objects and intricately structured drawings are undeniably stunning. Until a few years ago it was a lonely, isolated pursuit. 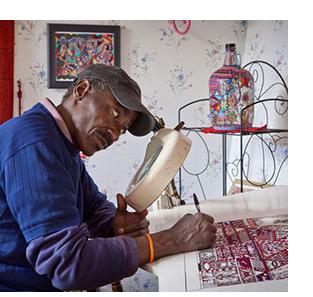