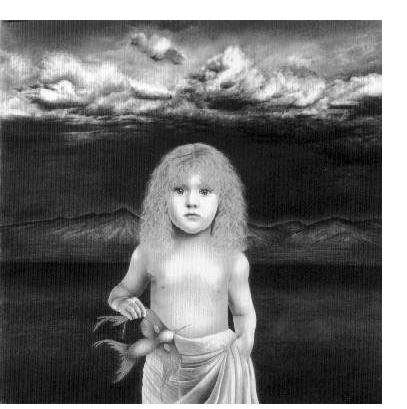 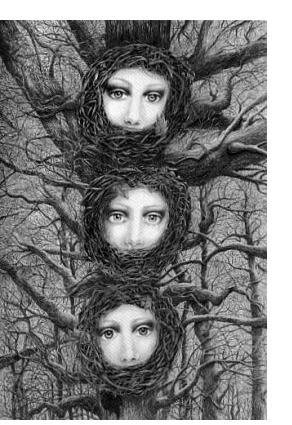 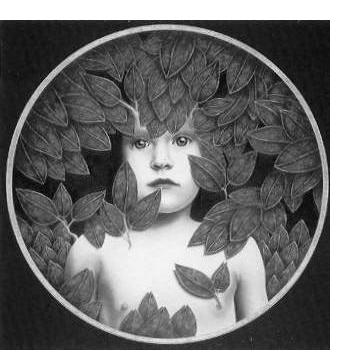 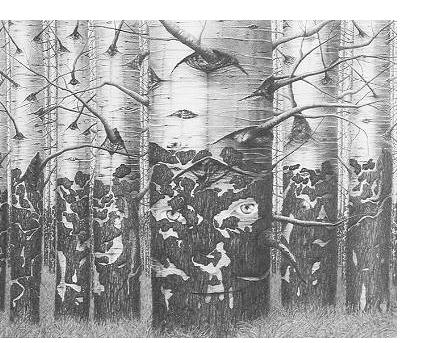 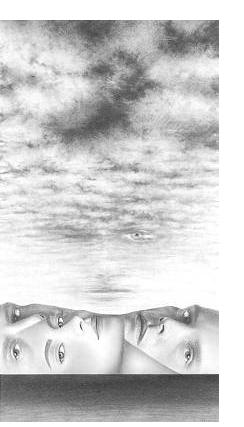 Cynthia Lund Torroll is self-taught. Her fascination with the dualities of being both a physical and ephemeral creature simultaneously, is front and center in her work. Her very first review by the late James Auer, speaks of this dichotomy: “It’s magnificently done. Honest and compassionate, yet eerie and ominous.”

Her first show in New York was captured by another reviewer, Carol Sims, Associate Editor, Arts and Antiques Weekly: “A rising star could be spotted. Five large graphite drawings were hung moments before the doors opened for Thursday evening’s preview. The exquisite drawings were the work of self-taught Wisconsin artist Cynthia Lund Torroll who juxtaposed children’s faces with wild elements of wilderness, sharply textured tree bark and leaves. Her surreal imagery was drawn with uncanny talent, perfectly capturing the smooth radiance of the children’s skin. Not surprisingly four of the five pieces sold on opening night.”

She has continued to win awards wherever she exhibits. She was one of seventy international artists in “Phantastique Venus” in Germany. Her experimental work at NewHive was featured at “Manufacturing Transparency”, an interdisciplinary conference that looked at transparency across borders, hosted by the Berkeley Center for New Media, the Cultural Services of the French Embassy, the Goethe-Institut San Francisco, and the Office for Science and Technology at the French Embassy. She will be in the upcoming October exhibition by HEY! at Galerie Arts Factory in Paris.