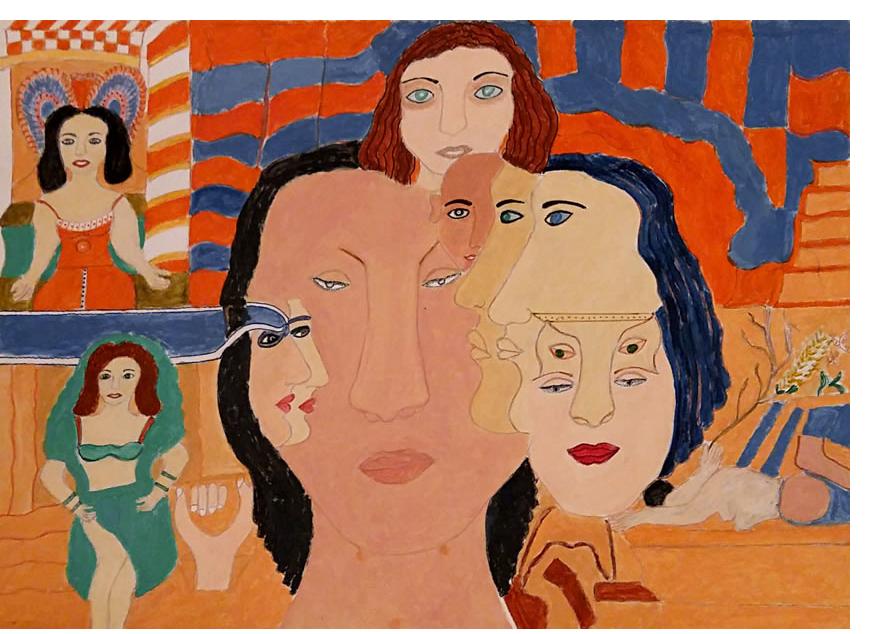 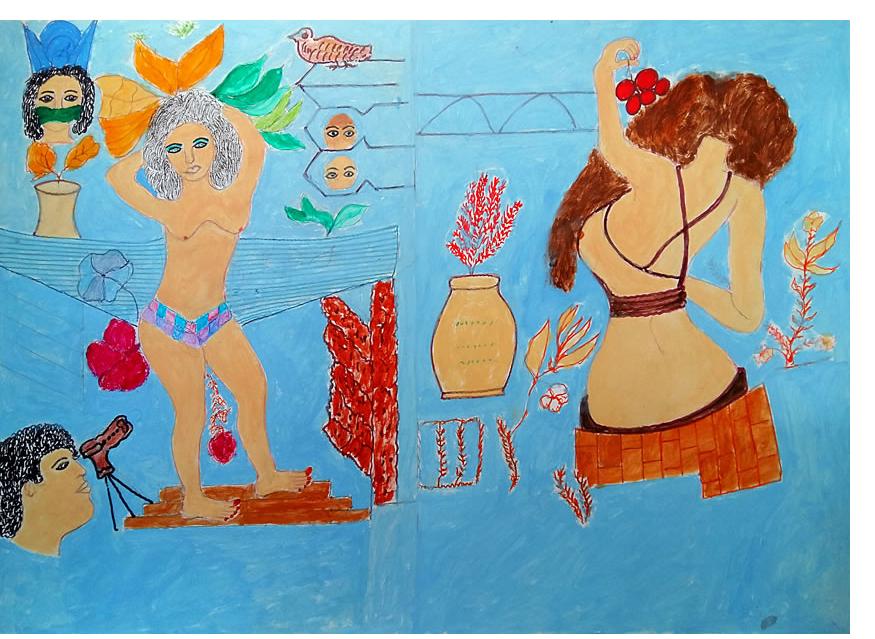 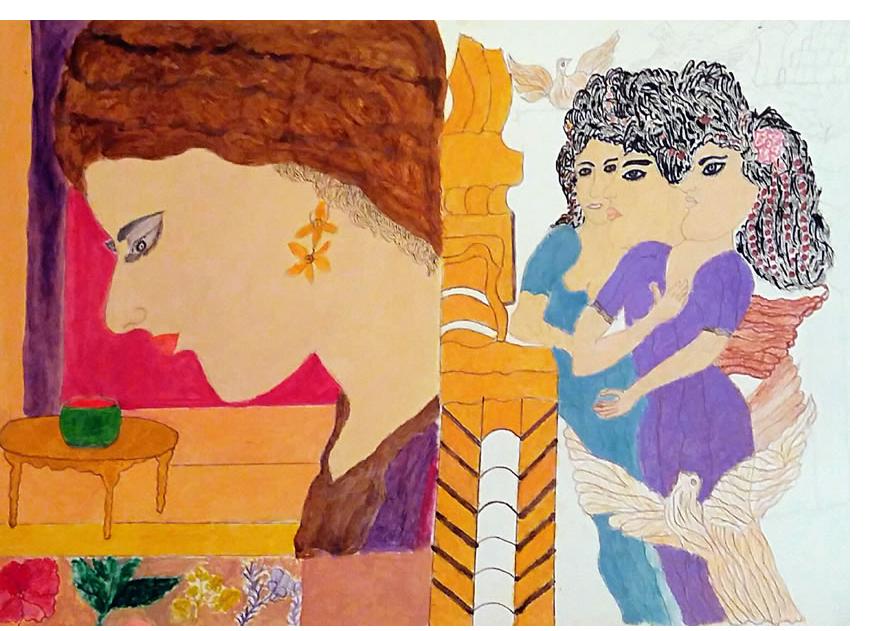 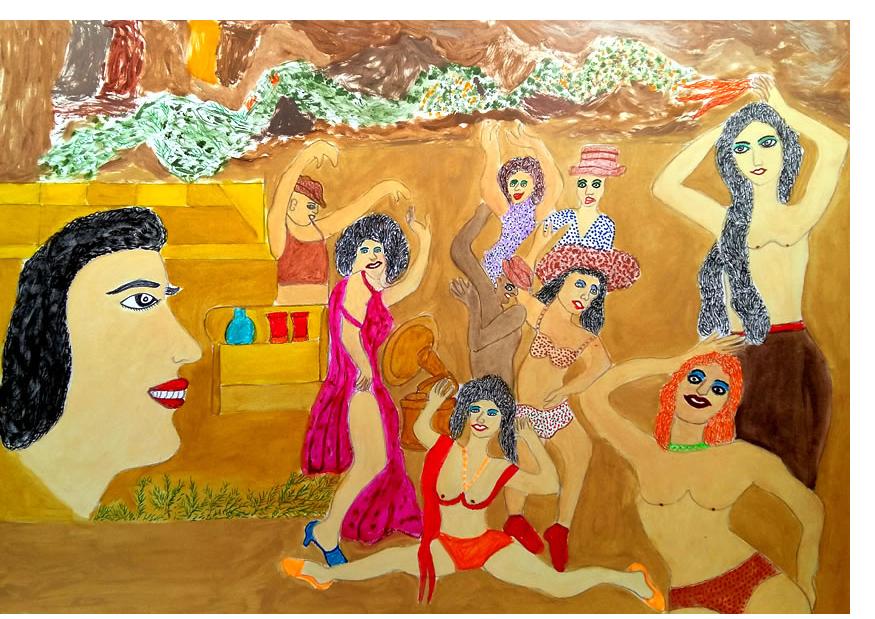 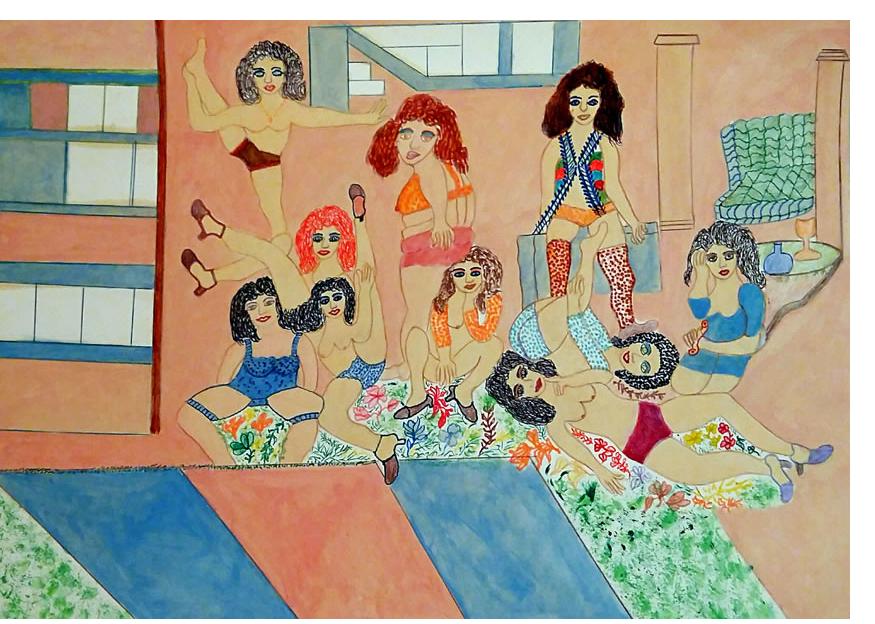 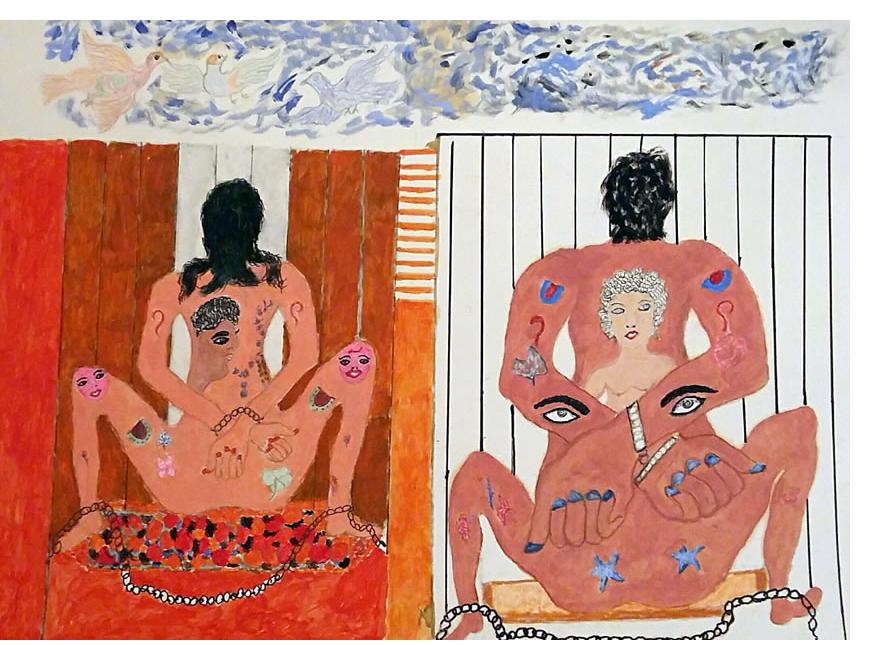 The self-taught Iranian artist Reza Shafahi, who amongst his previous incarnations was a trained wrestler, first started painting in 2013 at the ripe old age of 72, and this was something he was then encouraged to pursue by his son, seeing the great pleasure it gave to his father.

At first he drew images on paper with pencil and marker, which were mostly subjective forms and physiognomies, but later the works became mysterious in content, and these are the paintings he now produces on a regular basis.

His outsider art work has been exhibited in Magic of Persia (Dubai), Marlborough Chelsea Gallery, New York, and in a one-man show at the Erratum Galerie, Berlin. He states that novels, Khayyam poems, cinema, television, photographs and world news have had a great influence on the formation of his works, but what is actually seen by the viewer seems far removed from the world, and instead seems to encapsulate a hidden life of fantasy and dark eroticism.