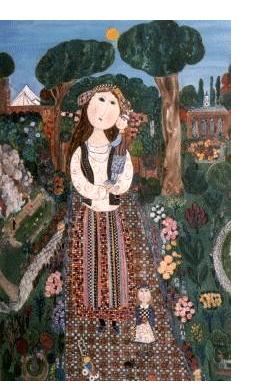 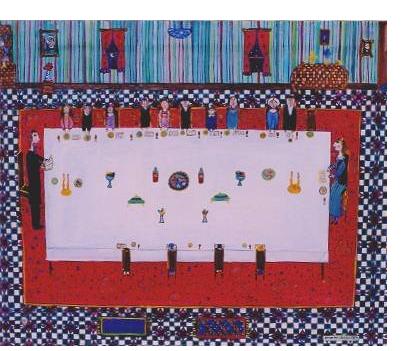 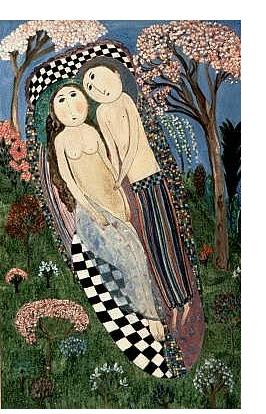 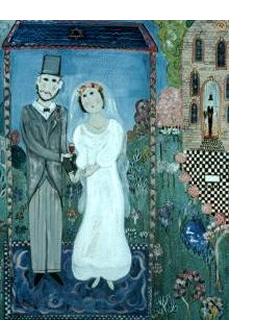 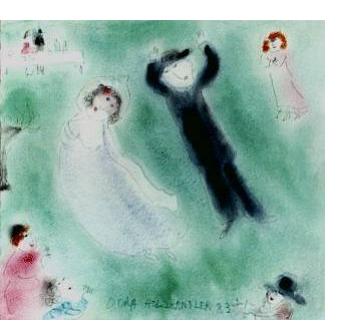 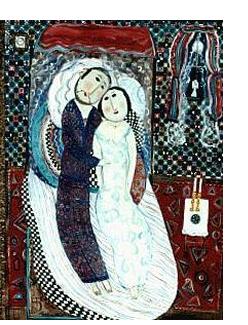 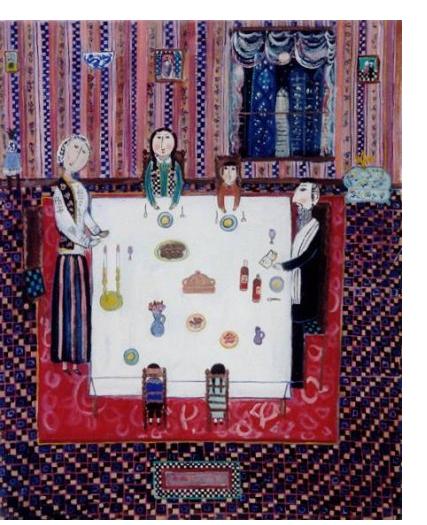 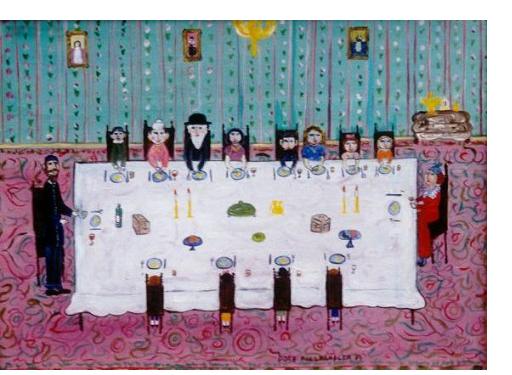 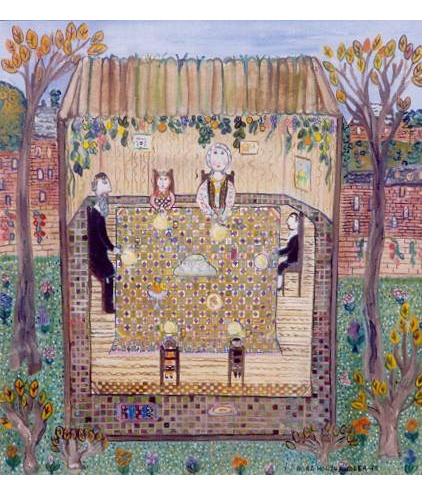 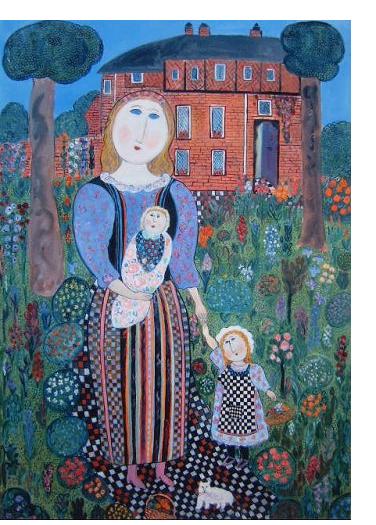 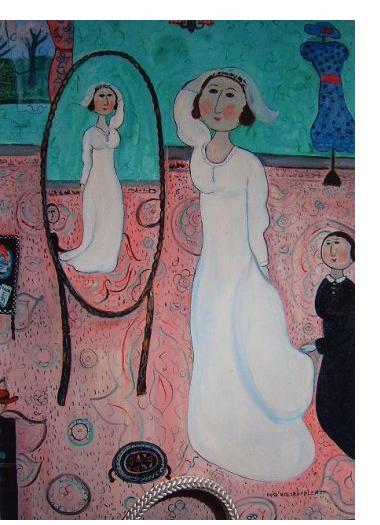 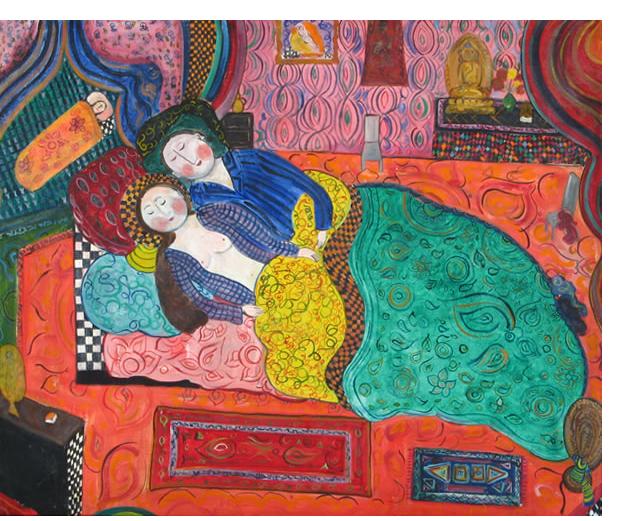 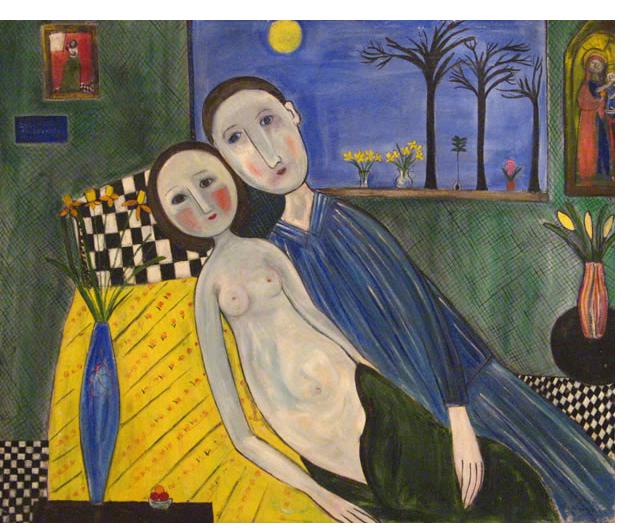 Born in Paris to Polish Jewish refugee parents, Holzhandler has lived mostly in London since the age of six.

In 1948 she enrolled at the Anglo-French Art Centre, London, where she met her future husband, George Swinford. They have three daughters. Family and ritual life, as embodied in memory are central to her production. She does not draw or paint directly from life or make preliminary studies, but rather finds her subjects in her rich visual imagination. She describes the artistic process as 'a divine world of play' through which a pristine, though familiar world is created. Her subjects are lovers, children and families, often based in childhood memory, but here always evoked as a kind of timeless present. Characters realised in bold, simple forms occupy jewel-like interiors, in which checkerboard patterns nestle against stripes; the whole being a miraculous, instinctual orchestration of spangled colour. There are also pulsating, animate landscapes, while cities, in her hands, become benign, breathing organisms.

Holzhandler discovered Buddhism in the early 1950's, but is also student of the Jewish Kabbalah. These twin mystical interests have served to confirm her open and celebratory view of existence, even where events bring tragedy and sadness. As Philip Vann has said, 'Dora recreates - or remembers - the world in all its poetic immanence, its quintessence, its unposed suchness.

Links:
Obituary in The Guardian 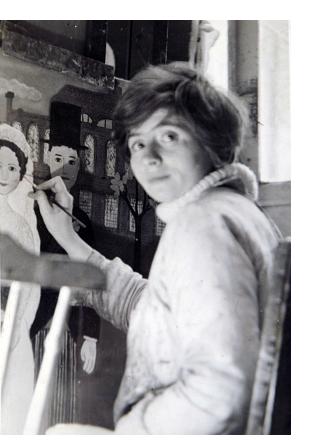