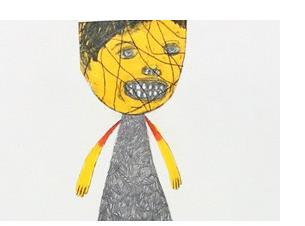 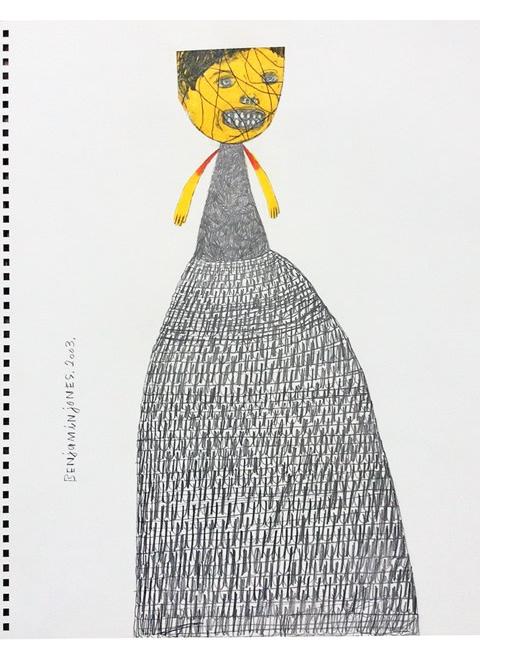 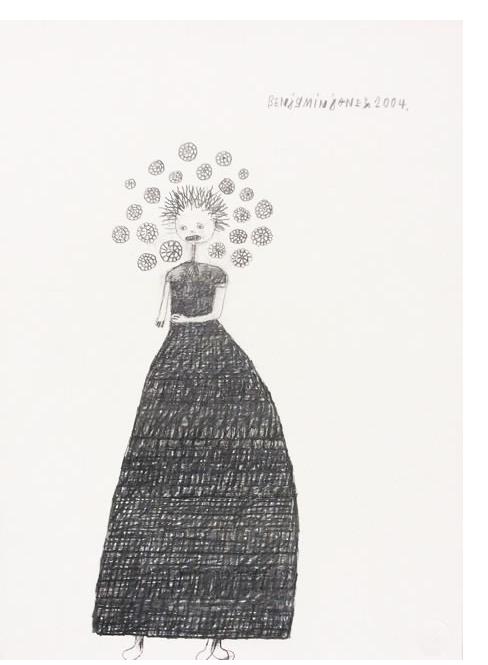 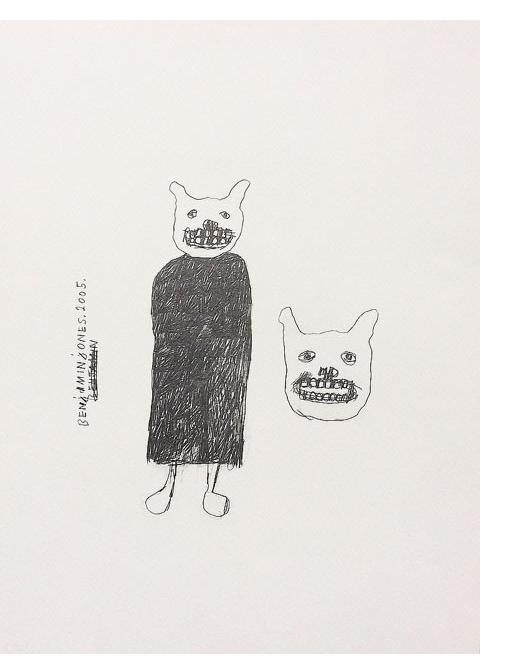 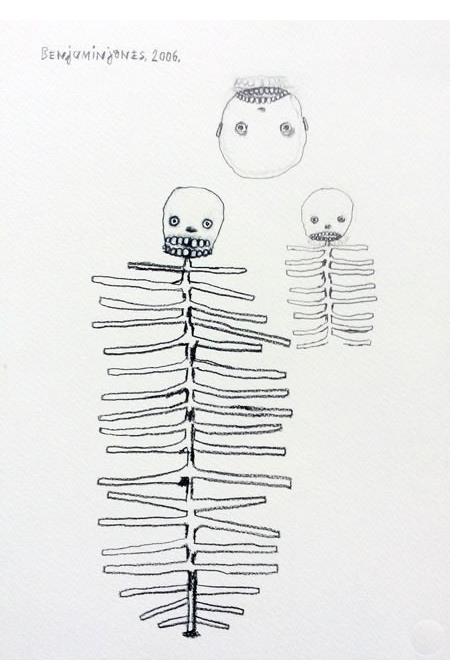 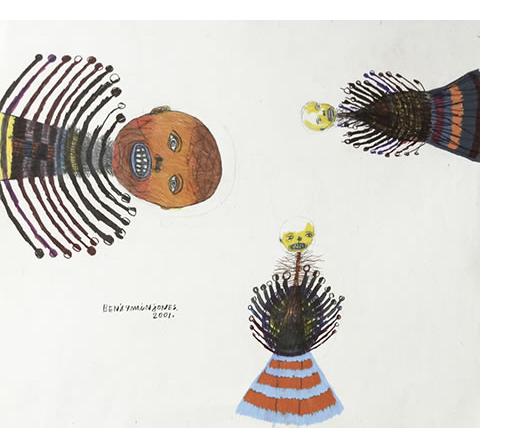 For more than 25 years, Atlanta self-taught artist Benjamin Jones has created haunting images that reveal his own distinct visual language. Inhabiting an intriguing, indefinable space, each poignant portrait reveals the artist's innermost feelings and insecurities, while touching a familiar place in all of us. Mixing whimsy with horror, humor with malevolence, Jones figures send messages about the struggle of life and all its paradoxes. These seductive and intimate drawings, paradoxical in themselves, create a tension between the purity of their intuition and the refinement of their presentation.

Stylistic parallels have been drawn between Benjamin Jones' work and that of graffiti artist Jean-Michel Basquiat, as well as with Jones' acknowledged influence, Jean Dubuffet and the works of Art Brut. Yet, his drawings are undeniably his own. Larry Rinder, former Curator of Contemporary Art, Whitney Museum of American Art in New York, comments that Jones' drawings possess energy and vitality of those impalpable feelings. One gets the sense that the work had to be there, that it was compelled by some internal urgency on the part of the artist. Seven pieces by Jones are in the Whitneys permanent collection.

In the last several years, with his artistic star on the rise, Benjamin Jones has devoted full attention to his art, working 24/7, 365 days a year, he says. As a keen observer of current events, Jones keeps intricate journals, day and night, collecting images clipped from newspapers, or gathered from his travels that become source material for his drawings. But, in the end, Jones chooses an isolated life, carefully guarding his time and energy for art making.