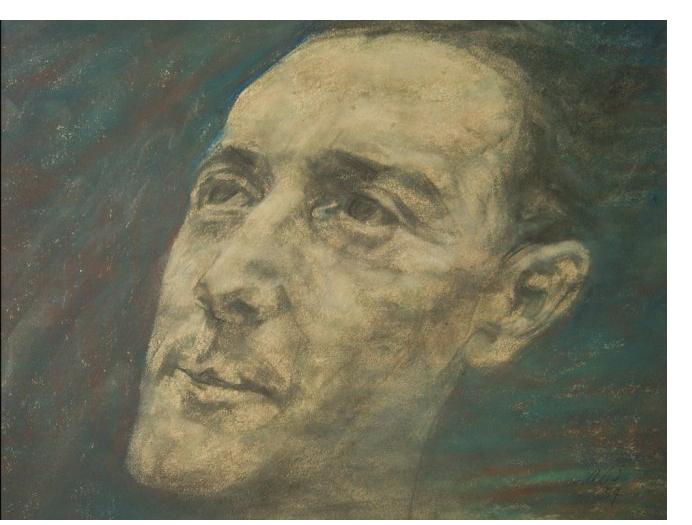 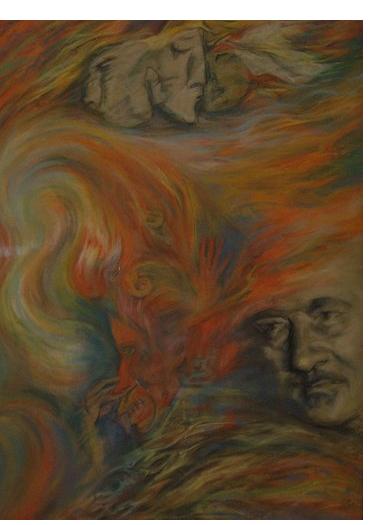 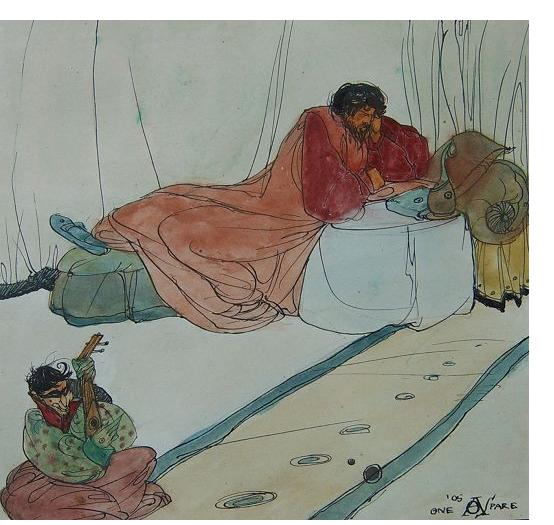 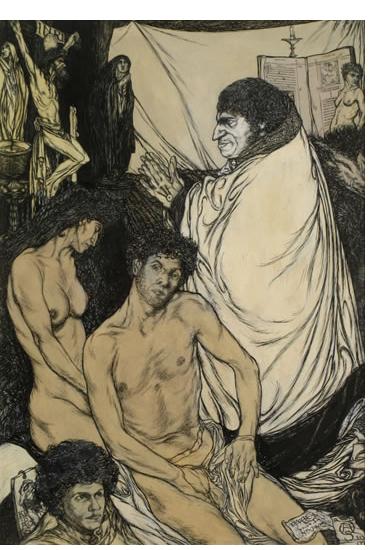 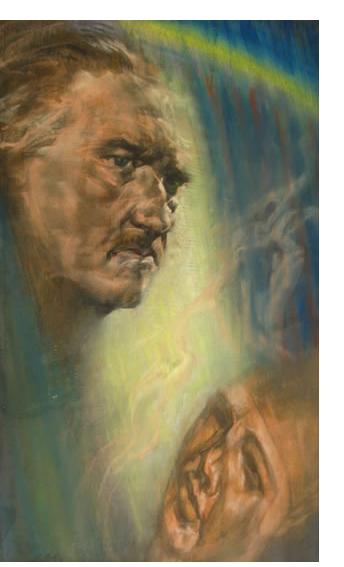 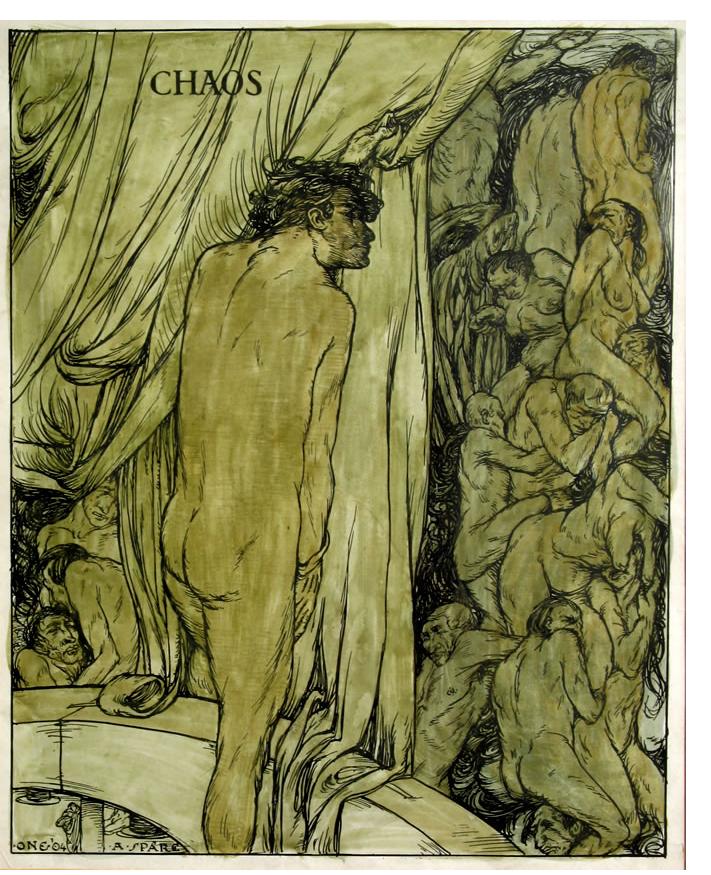 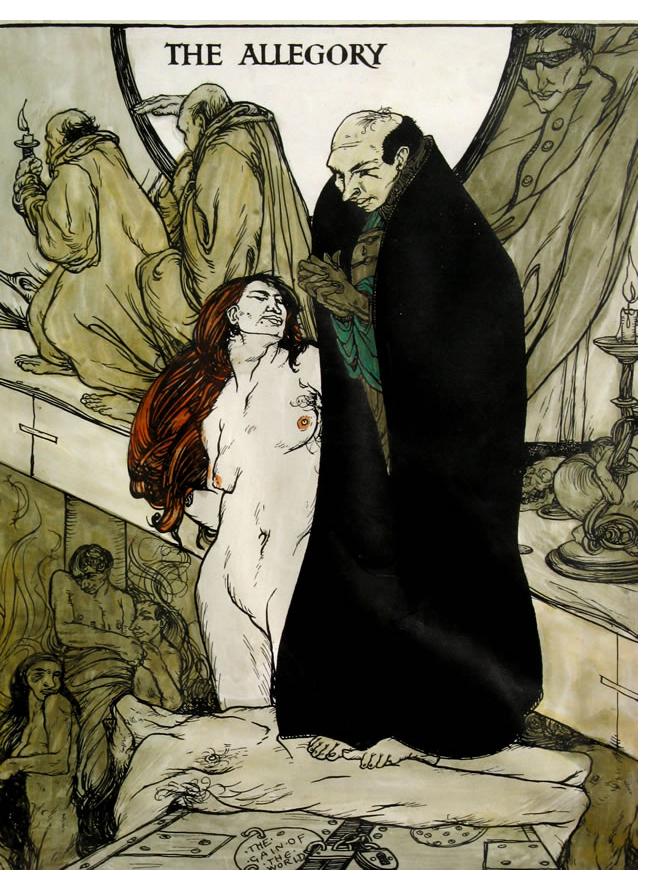 Austin Spare is an example of a trained artist who nevertheless inhabited the kind of psychological fringe place more usually associated with the private worlds of the outsider artist. A mathematics prodigy, born in the City of London, he used his knowledge of geometry as a means of inventing drawing techniques which were supposed to reveal the workings of the unconscious mind and subliminal perception.

In the 1930's he developed a new form of portraiture based on a logarithmic form of anamorphic projection which he called 'Siderealism'. However, his most important work was The Book of Pleasure (1913), a proto-surrealist text, with immensely subtle pencil drawings, which outlined techniques for unlocking creativity through gaining access to the communal cosmic realm of existence.

Spare's visionary drawings and metaphysical leanings at first led to important commissions, including the illustrations for Aleister Crowley's Equinox, Volume 1, but increasingly to artworld isolation, though he never wavered from his chosen path.

In 1941 his Walworth Road studio and its contents were destroyed by a German bomb. In spite of this, Spare managed to complete more than 200 new works for a sell-out exhibition in the West End in 1947, which signalled a rekindling of interest in his work, which remained undimmed until his death. 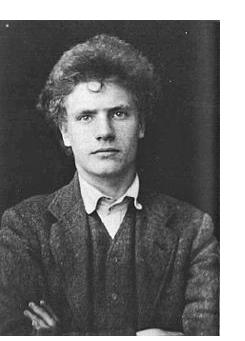