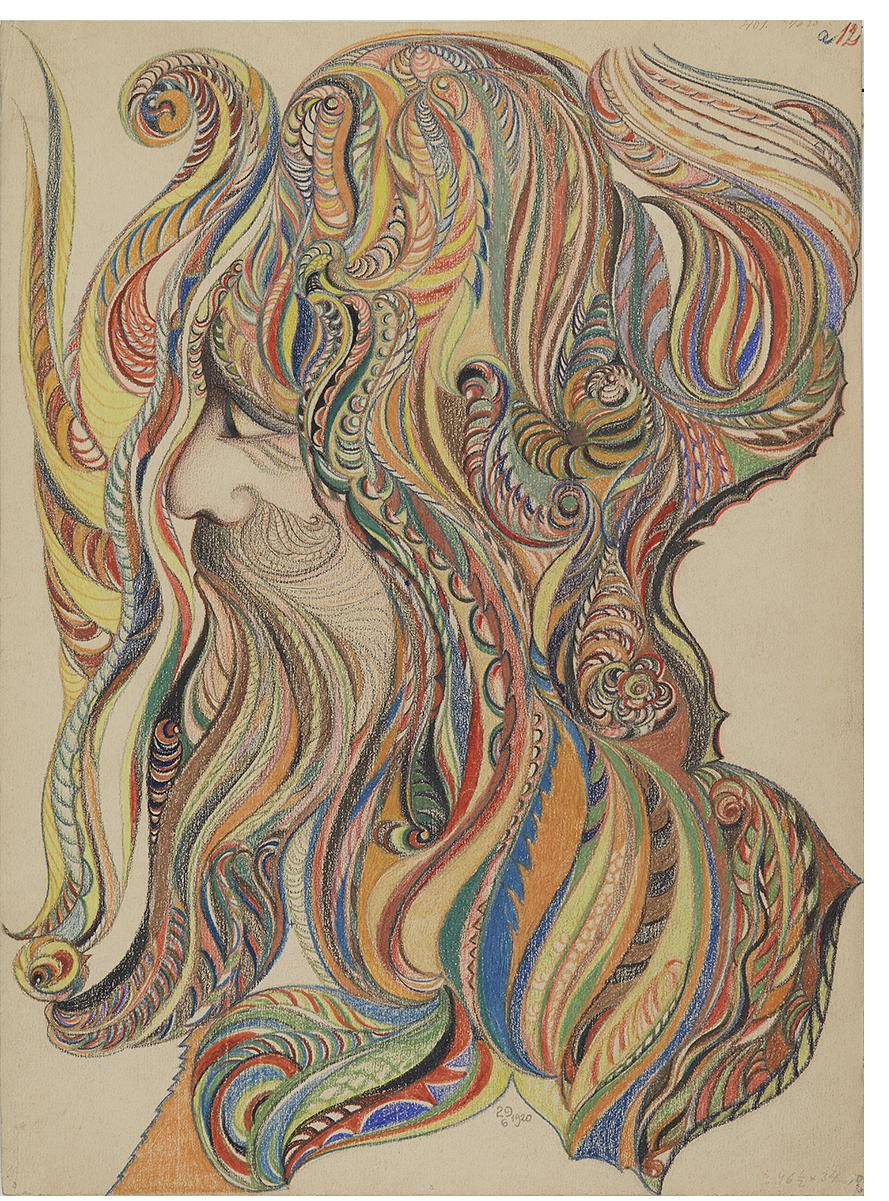 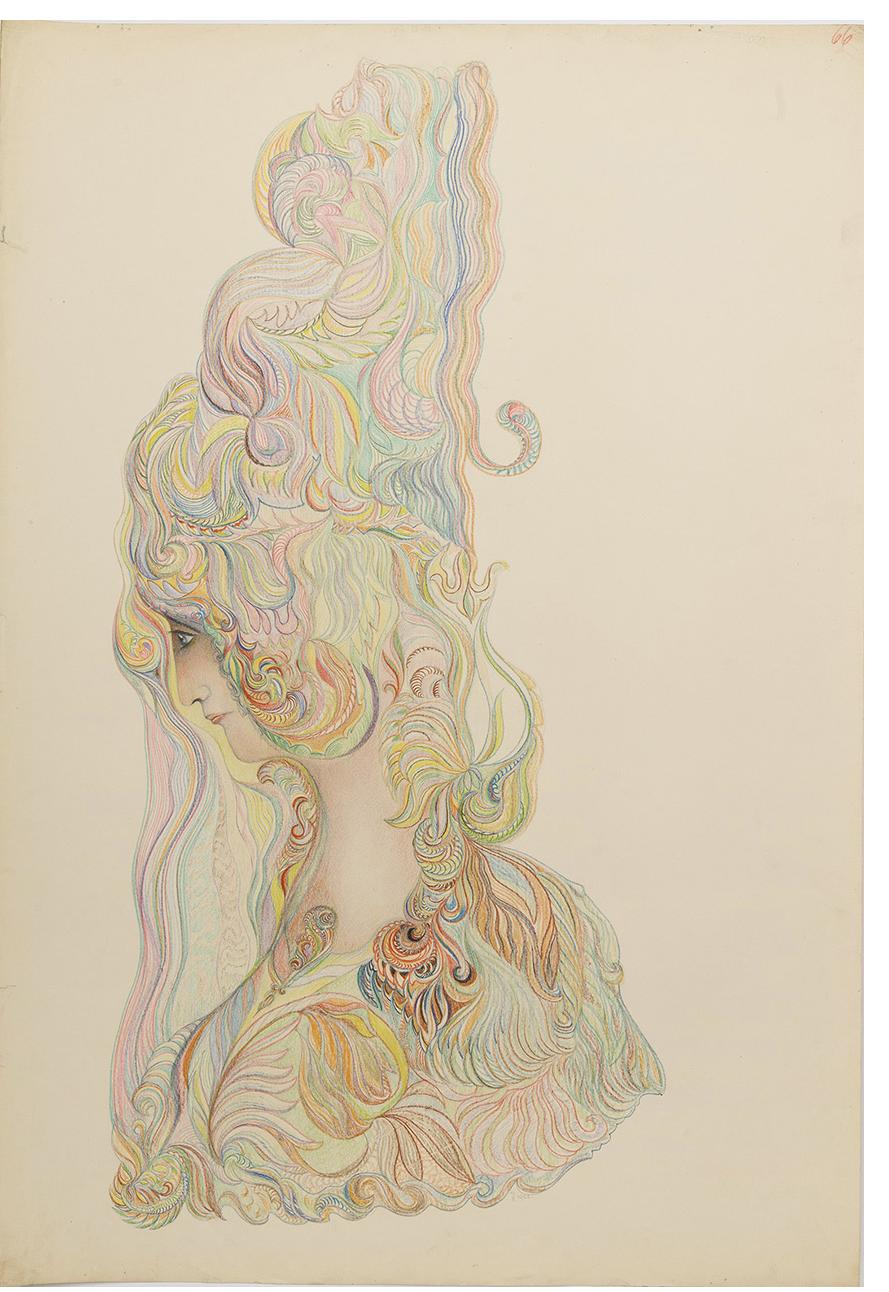 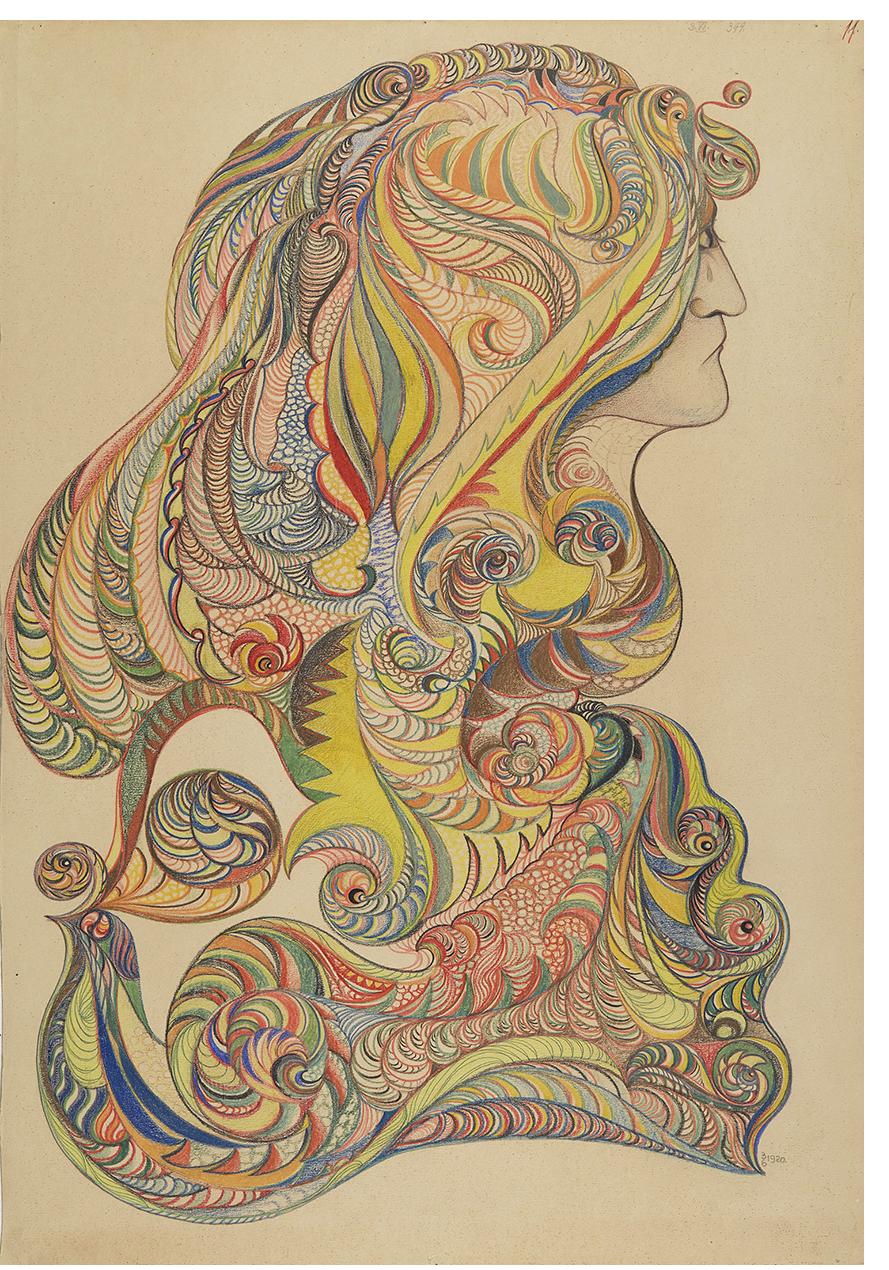 Pecka (1878-1960, Czechoslovakia) was a published author on evolutionary history. He was also a geologist, archaeologist, teacher and spiritualist whose works were exhibited at the National Spiritualist Congress in Paris in 1927. A hint of the Czech Art Nouveau master Alphonse Mucha's simultaneously sure and languid line can be felt in Pecka's pictures, which, if they were not so neatly self-contained, could easily take a turn toward the psychedelic.

Starting in the 1920s, Pecka’s figurative artworks reveal reveal a dozen individual spirits, whose gruesome features become more elegant and demure as the head into the 1930a.

His (re)discovered spirit portraits and finger paintings, produced in a trance and accredited to the departed, led to his status as one of the most avant-garde figures within early 20th Century mediumistic art.

His work will be featured in the traveling exhibition Not Without my Ghosts: The Artist as Medium at The Drawing Room, London.