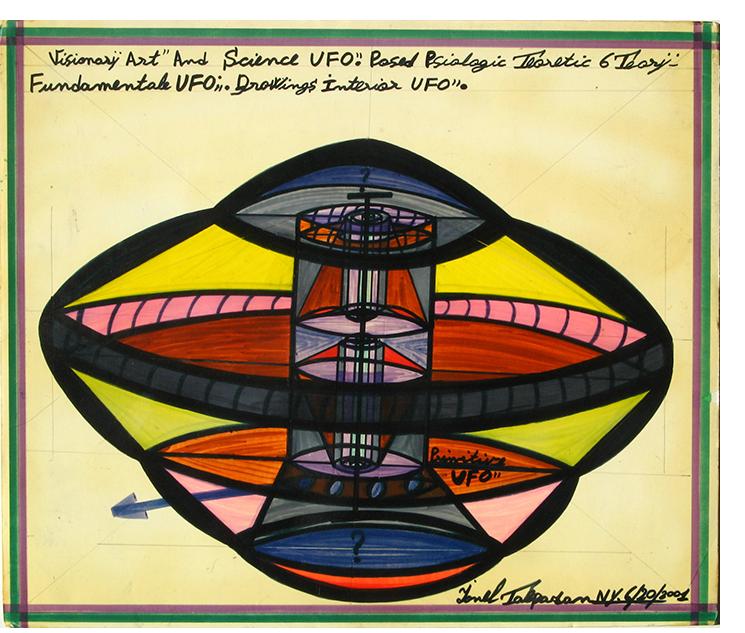 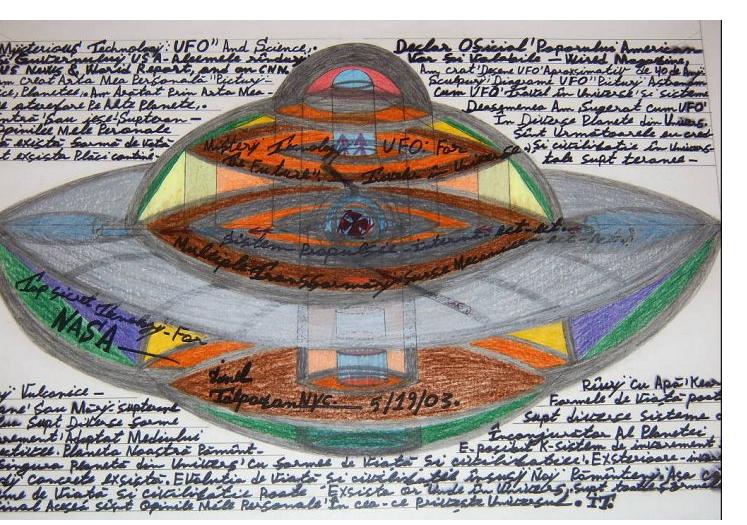 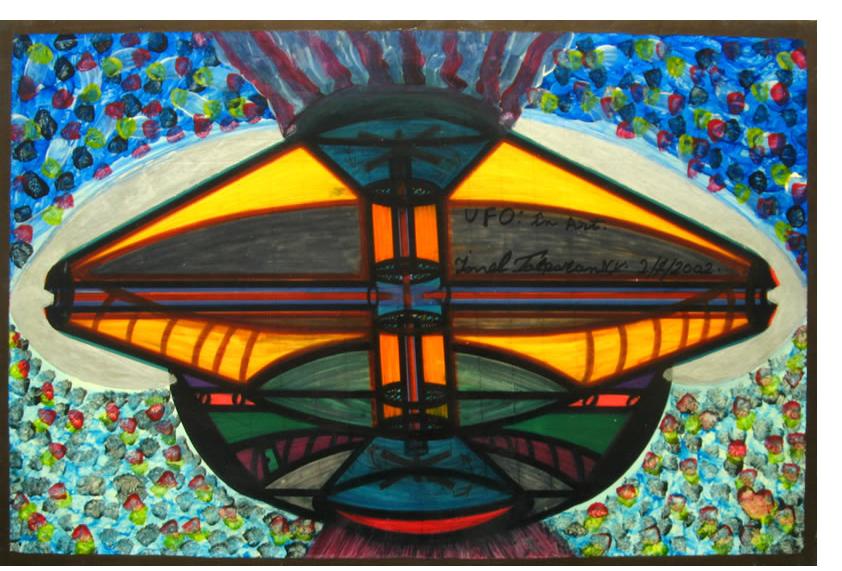 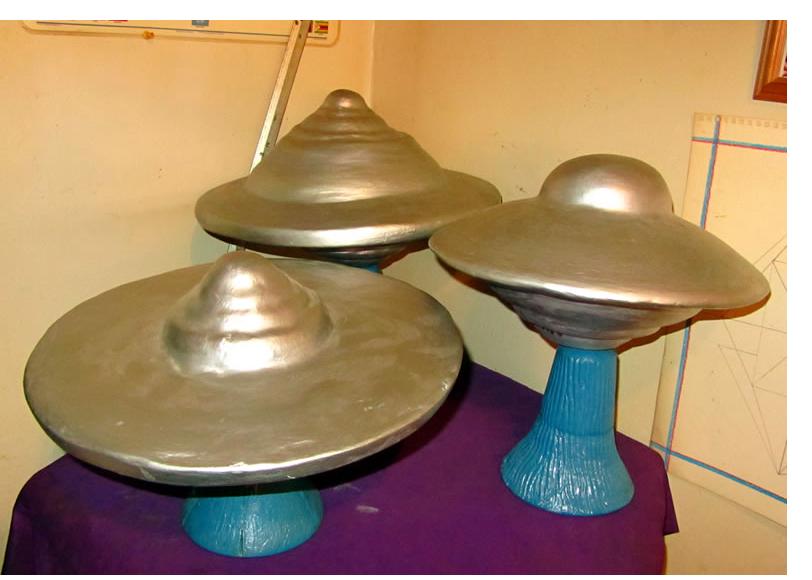 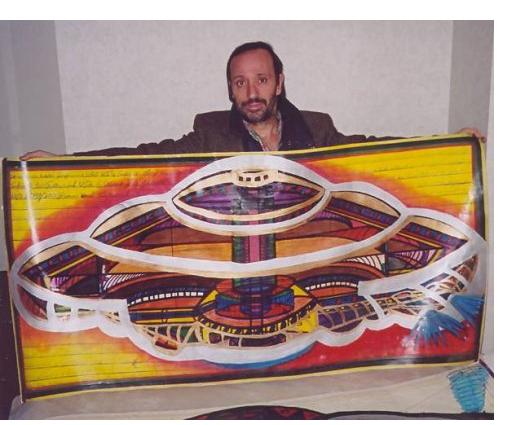 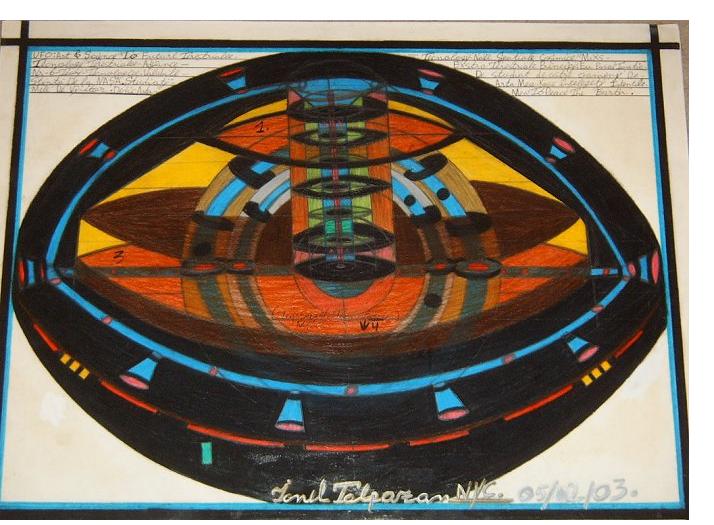 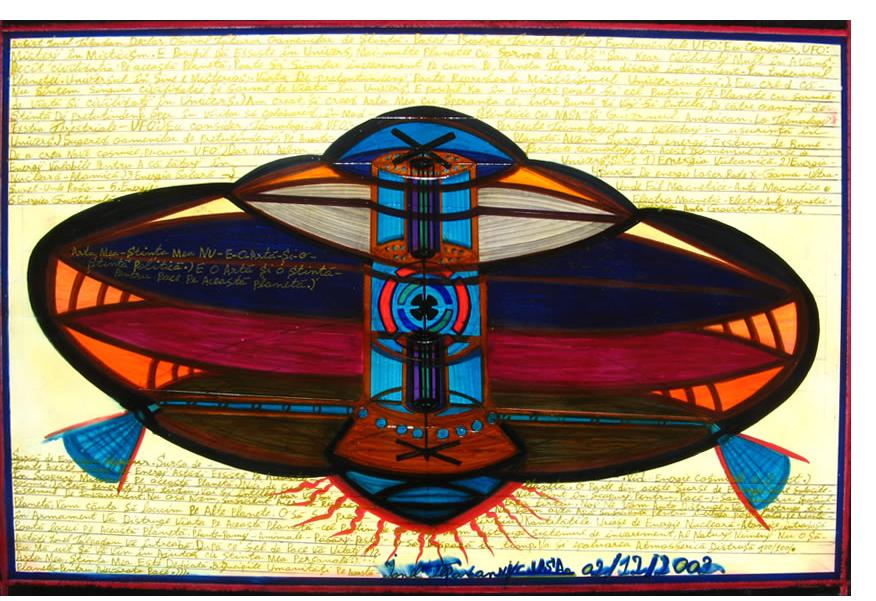 Ionel Talpazan is the subject of a forthcoming book by the distinguished author Daniel Wojcik, Professor of English and Folklore Studies at the University of Oregon: ‘Artist as Astronaut: The Otherworldly Art of Ionel Talpazan’ (publication date Winter 2021/2022). This book explores the art and life of this important self-taught visionary artist, who has created more than one thousand works of art inspired by his often traumatic and transformative experiences.

One childhood incident, where an encounter with a swirling blue energy seems to have been the trigger for his lifelong fascination with UFO's. Ionel considers these works (paintings, drawings and sculpture) to have a scientific as well as artistic value; his ultimate goal is to reveal to the world the mysterious technology and hidden meaning of UFOs.

Talpazan’s work is now included in various museum collections, including the American Folk Art Museum, the Collection of l'Art Brut, in Lausanne; the American Visionary Art Museum, the Museum of Everything, and the abcd museum and the Maison Rouge in France, among others. His work has been featured in numerous exhibits, such as the Hayward Gallery’s Alternative Guide to the Universe show in London, exhibits in Berlin and Madrid, and at large memorial exhibition of his art at the Outsider Art Fair in New York in 2016. Talpazan also was featured in the BBC documentary, “Turning the Art World Inside Out” (2013), at one point telling the interviewer, “The artist is like an astronaut . . . With the mind, you can travel the entire universe!”

UFO: Art & Science to the future I dedicate my science and art for Peace on our Planet. Officially I declare to the Government and to the American people. Also to the people and the world Governments from this Planet. I am in possession [propose/ pose] of “Six fundamental UFO theories. The technological vision I foresee in the future.” Could be understood by the scientists of NASA. Even could be applied [put into practice now] as of now by the scientists. My artistic vision is much more complex. My opinions are as follows: There are at least [a minimum of ] six planets with forms of life, even civilizations more advanced [than ours]-- in [the] Universe. I will give you as example 1. Our Planet Terra is a part of the laws of the Universe. (We the terrestrials ["earthlings"] are part of the Universe). I believe that our Planet is the only Planet in our solar system that has this environment, an exterior system climate atmosphere. I am thinking in a relative way like other scientists think, like-- Albert Einstein, Galileo Galilei, Newton, Henry Coanda, Nicola Tesla, Leonardo Da Vinci etc etc. I'm firmly convinced that one day I will be understood by the scientists. 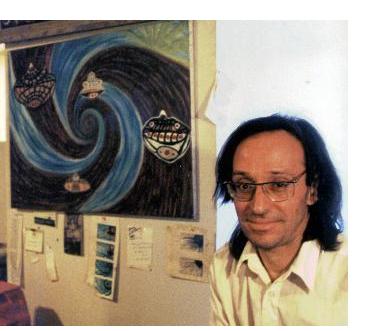