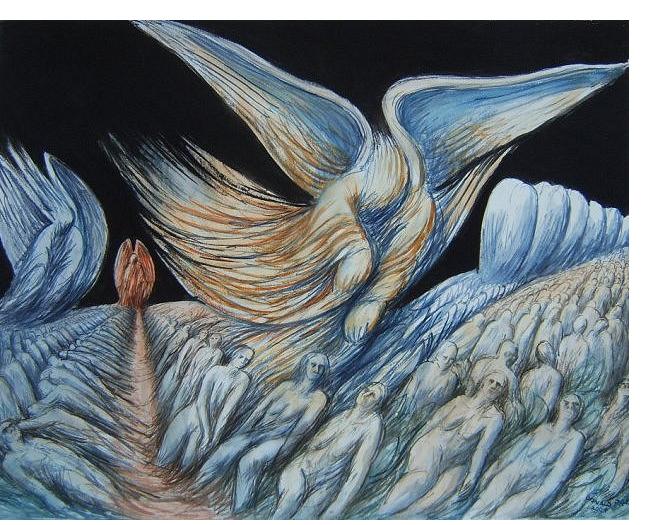 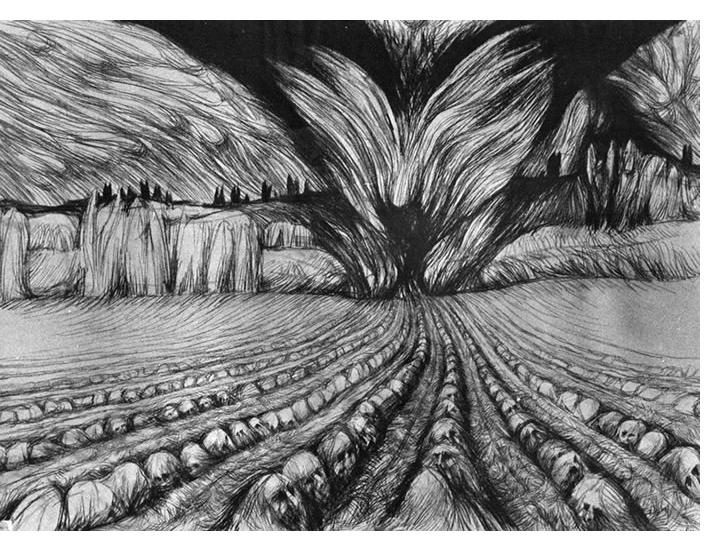 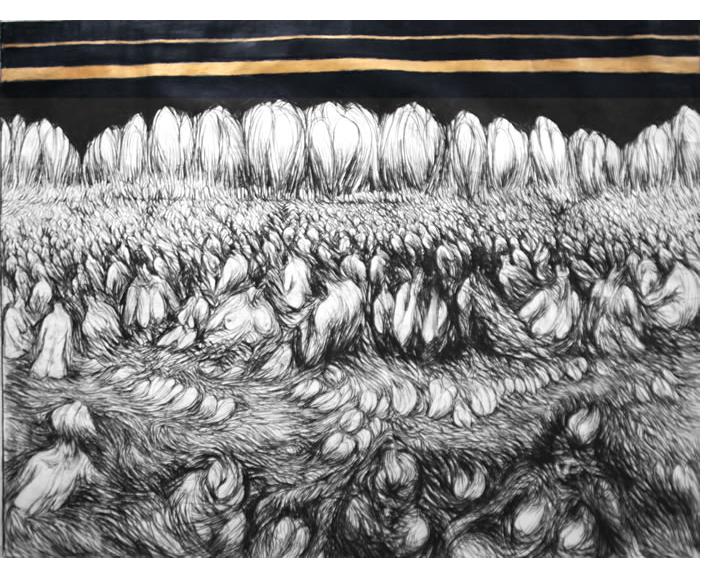 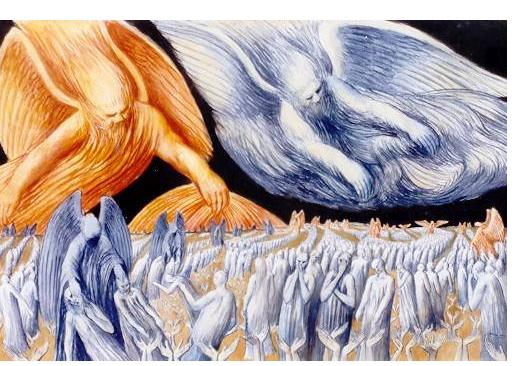 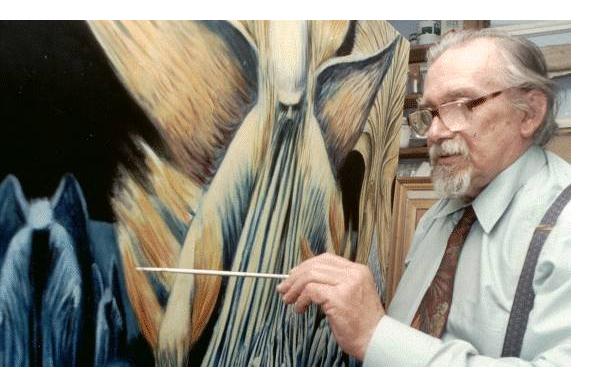 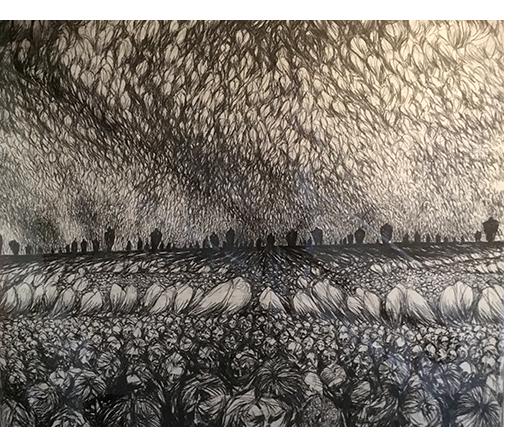 Pass is a good example of an artist whose life and creative direction have been changed utterly by compelling epiphanies. The most important of these occurred in 1969 when he was already a successful painter living in Chelsea, having rubbed shoulders with the likes of Stanley Spencer, Augustus John and L. S. Lowry.

According to Pass, one day he saw through the window of his London home 'a most beautiful face which appeared to be all gold. It seemed to expand through the window and embrace the whole room'. Unsettled by this experience he found himself soon after in the churchyard in Cuckfield, Norfolk, where he intended to make some drawings. He sat opposite the grave of a pilot, whose commemorative stone was in the shape of the Royal Air Force wings insignia: 'Everything began to change and a tremendous darkness surrounded me.'

'The whole landscape, churchyard, near and distant fields, seemed filled with thousands of figures Stretching to the horizon. In the blackness was a tremendous light; large winged figures with faces like lions ...'

'A veil had been lifted and I would never again see anything in the same way.'

After this Pass turned away from the fashionable career he had begun to carve out for himself and for a long time found himself with few supporters. A notable exception was John Rothenstein who discovered the artist toward the end of his life, even acquiring work for the Tate Gallery. In his drawings and paintings Pass strives to reveal something of the great mystery which underlies existence; of the spiritual presence embodied as image. His visionary art speaks simply of extraordinary things beyond understanding.

'A spark of genius, a very rare talent'. Sir John Rothenstein. Director of the Tate Gallery, 1938-64. 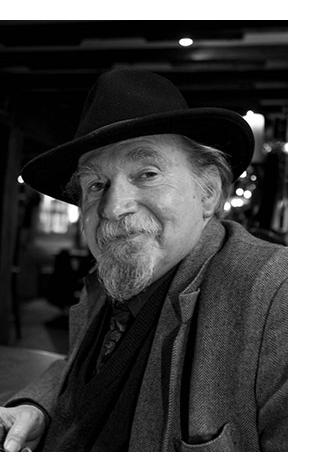