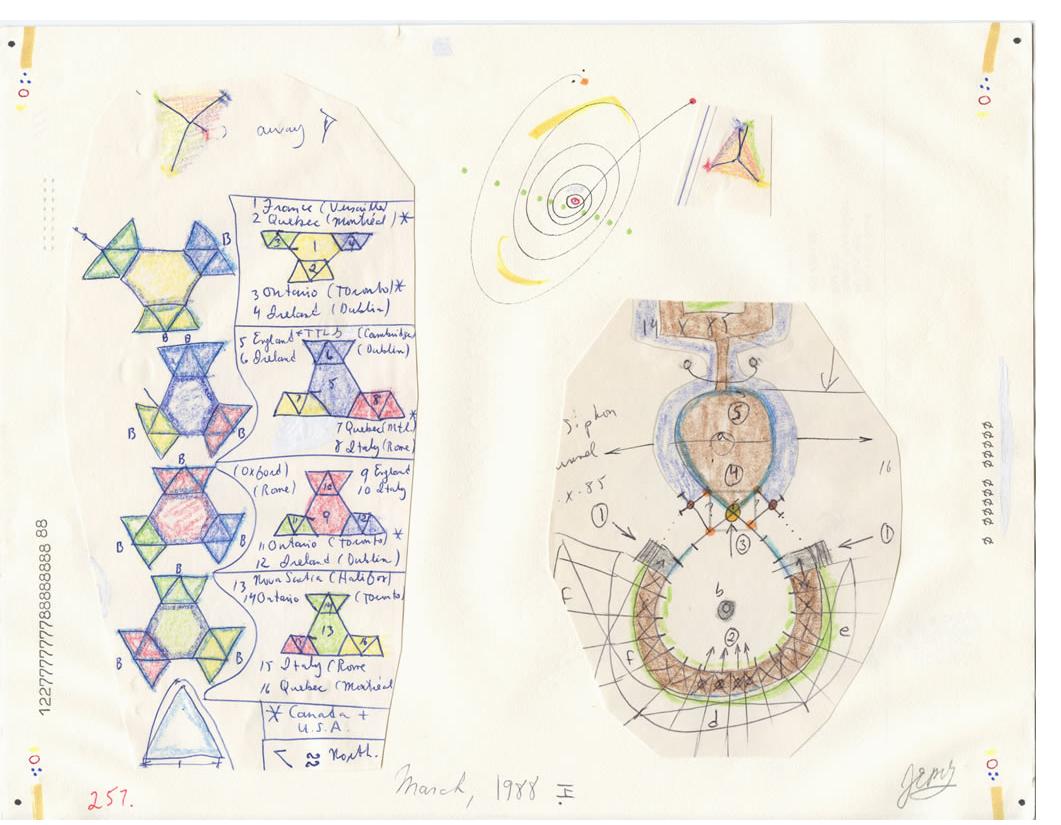 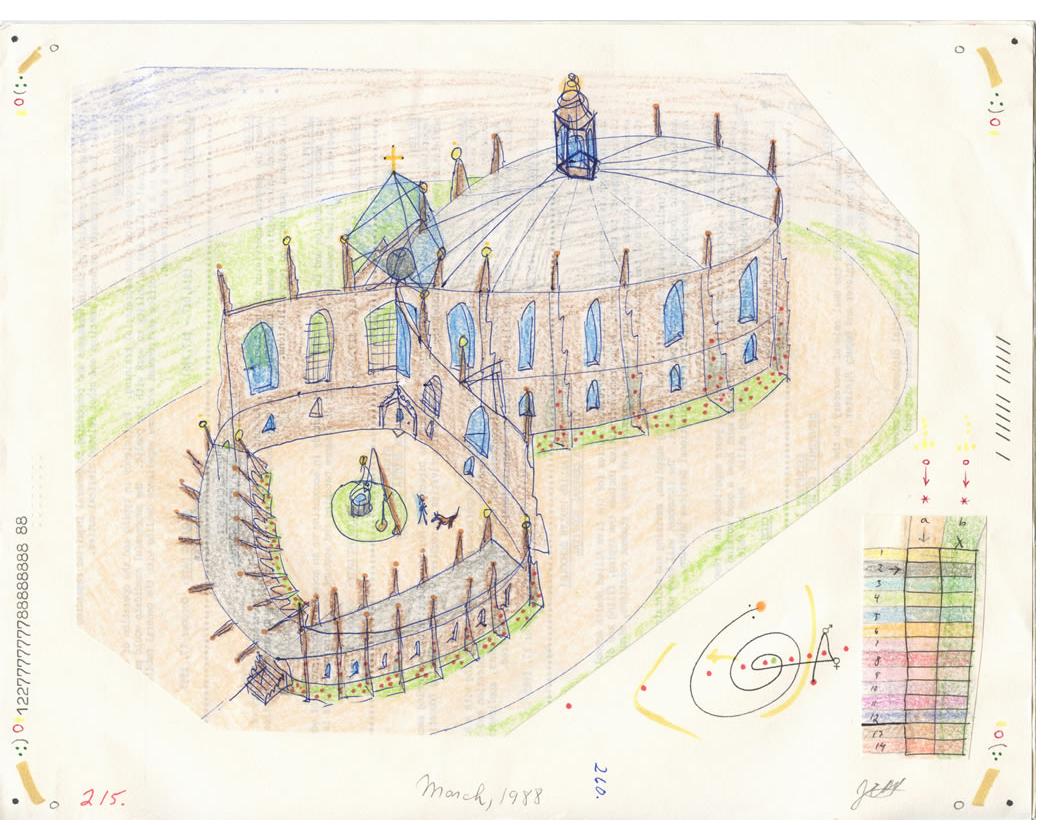 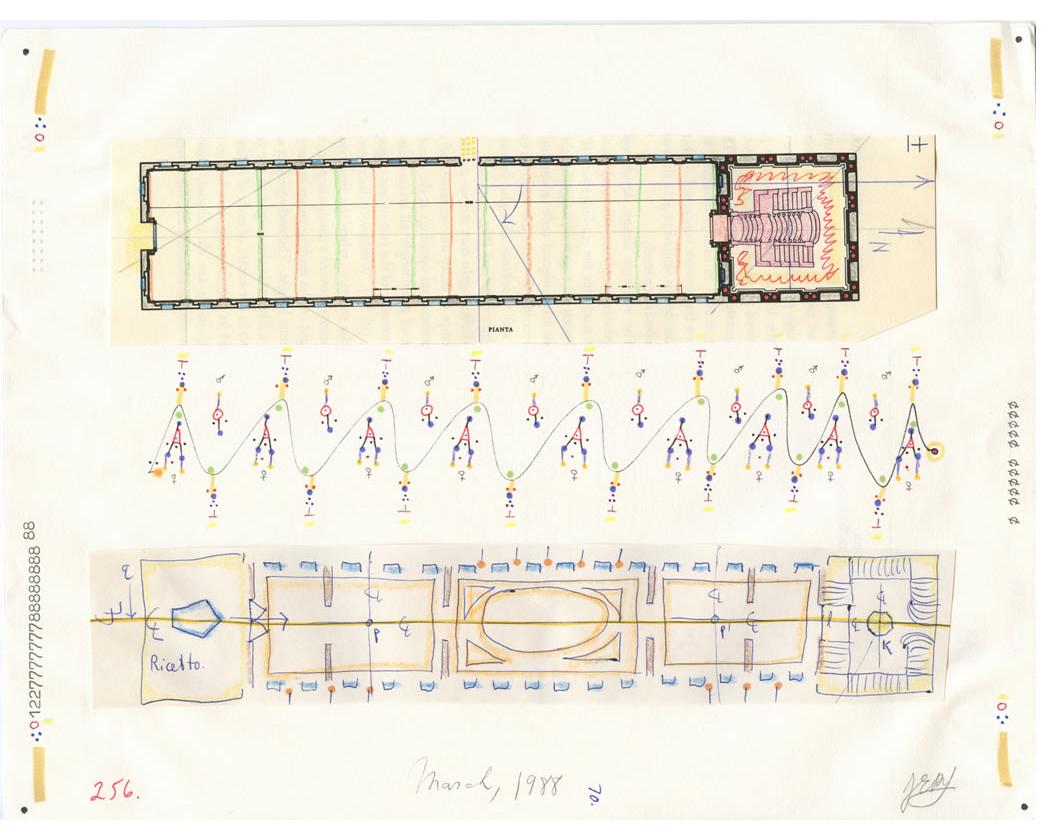 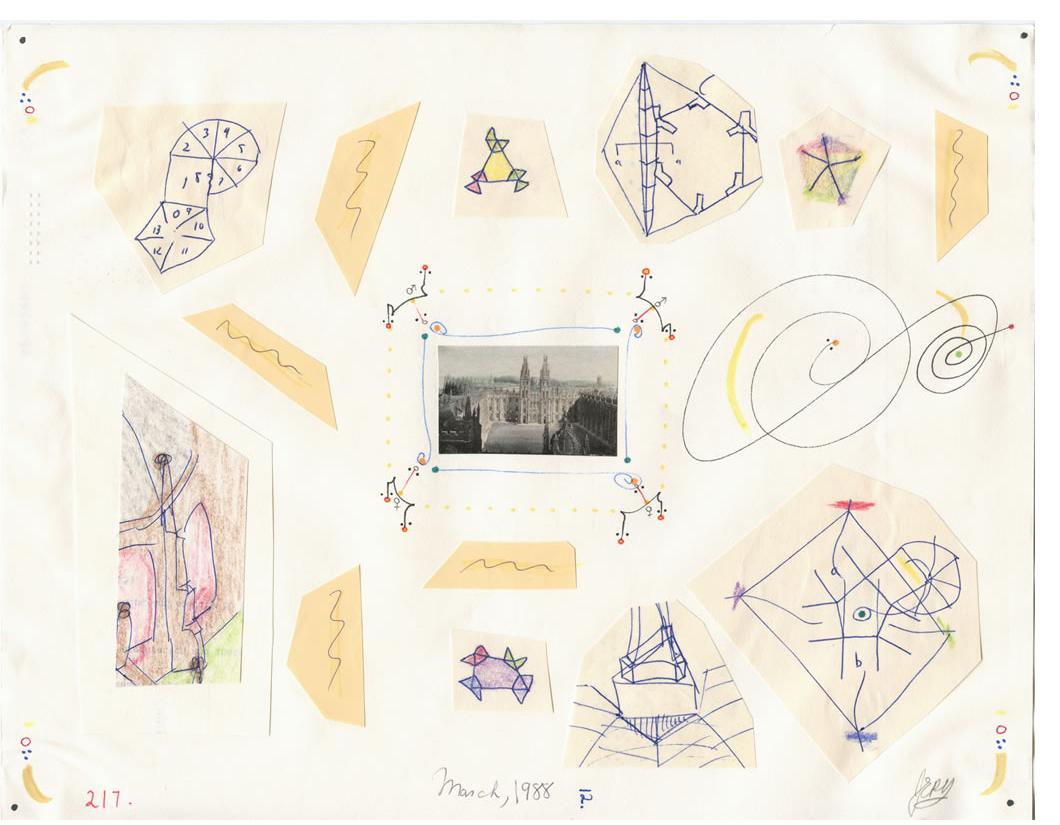 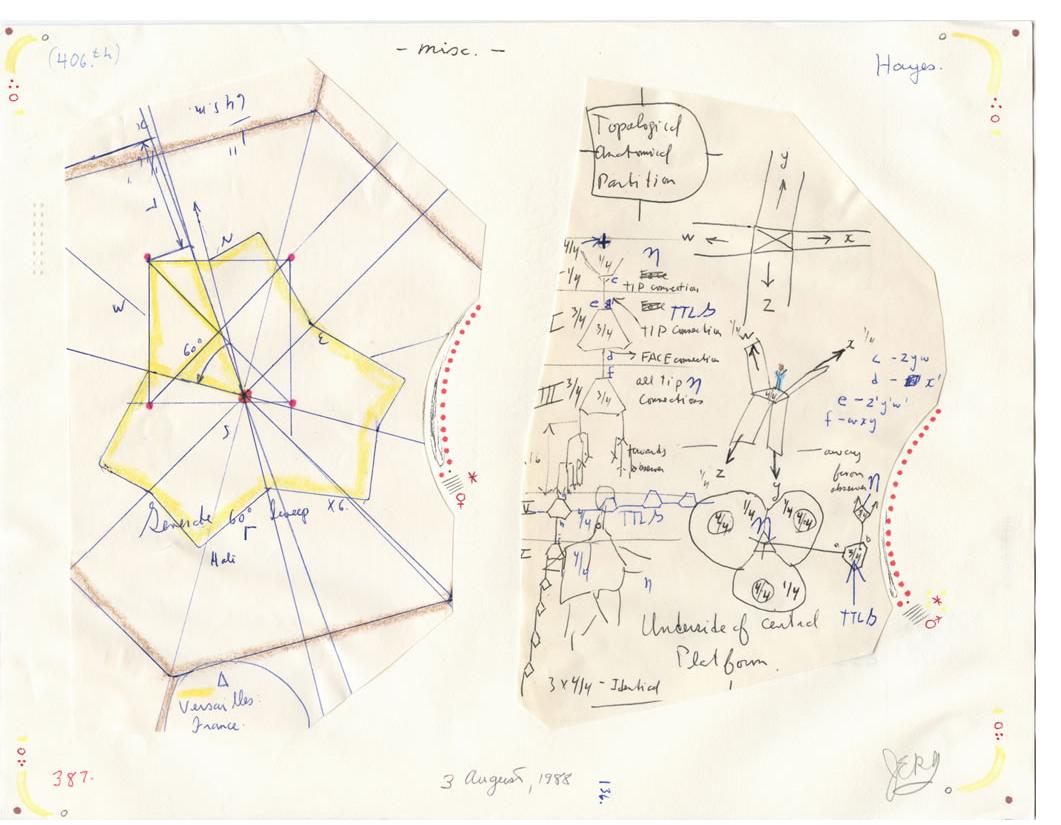 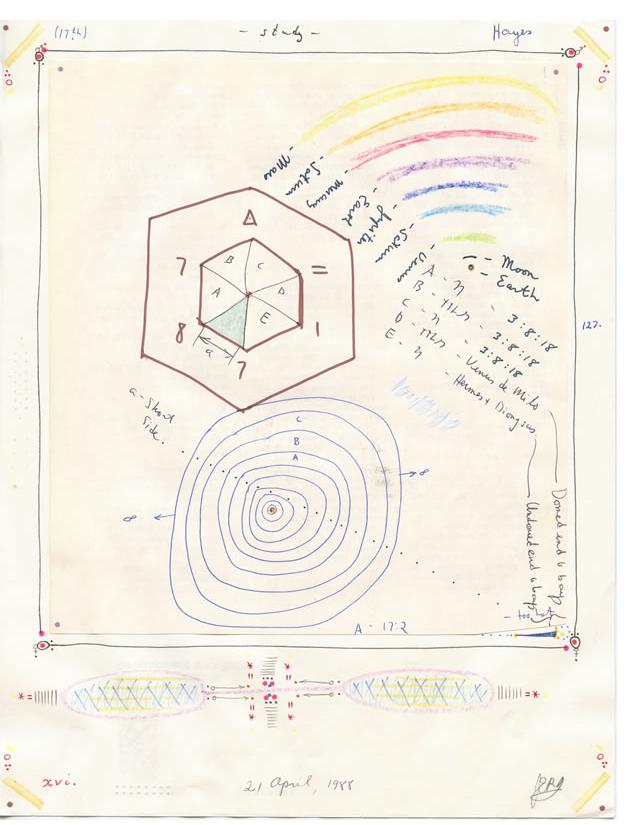 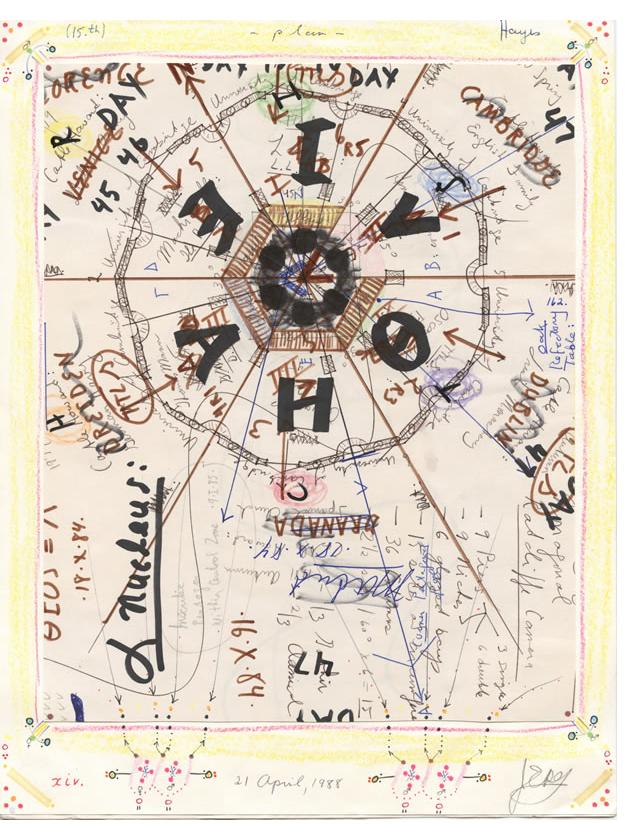 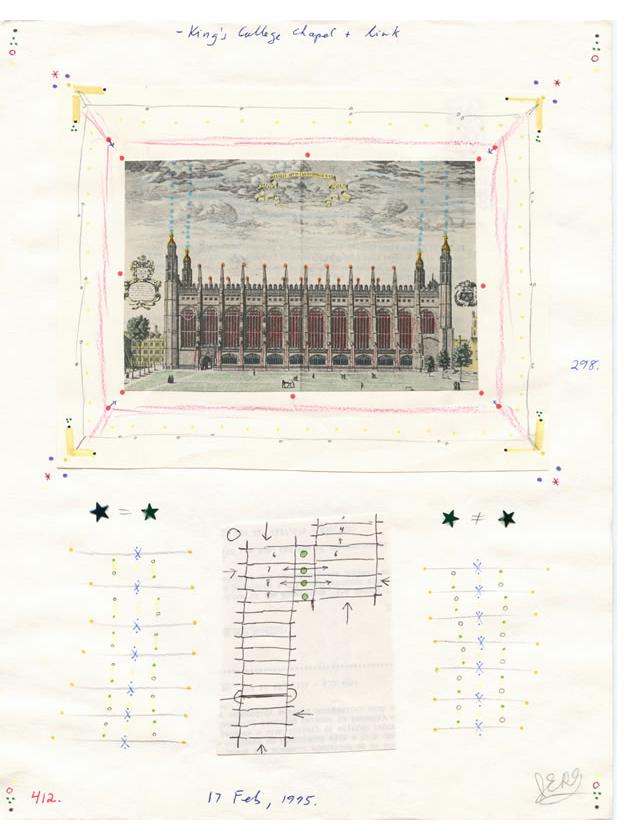 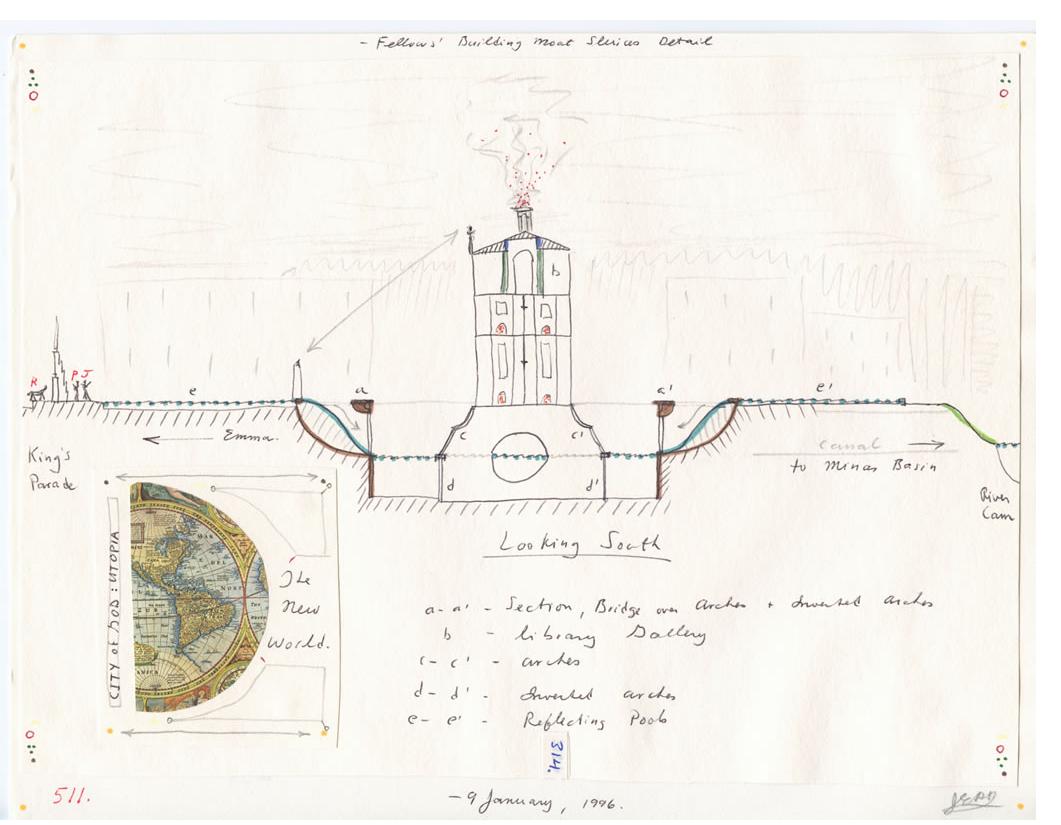 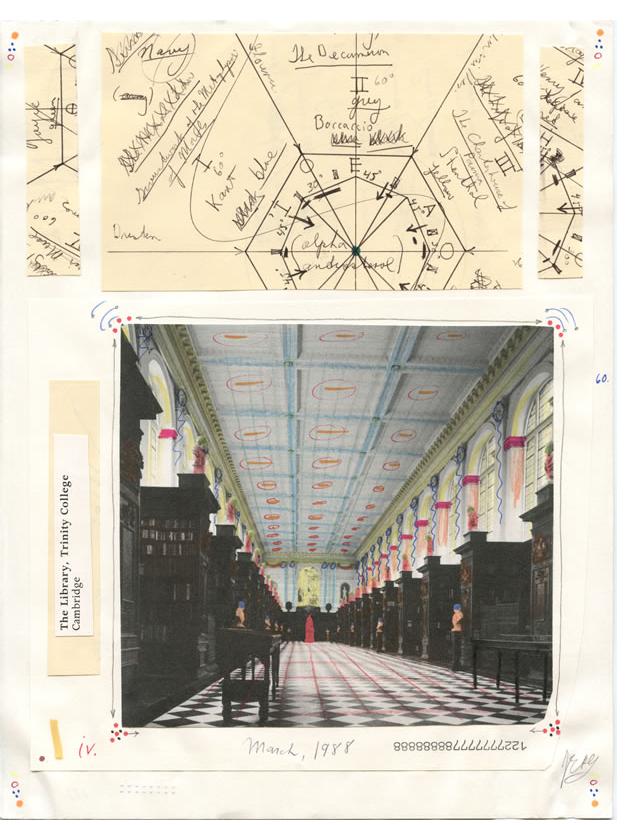 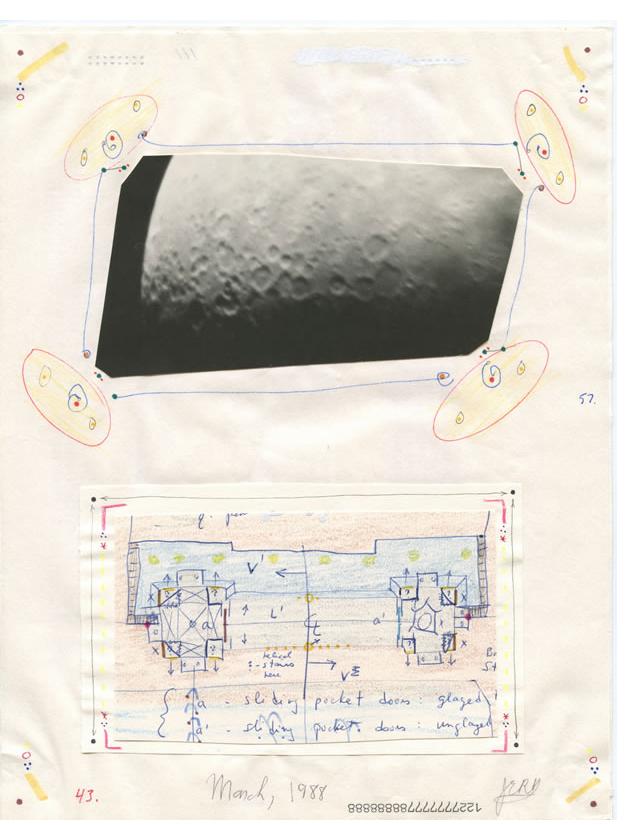 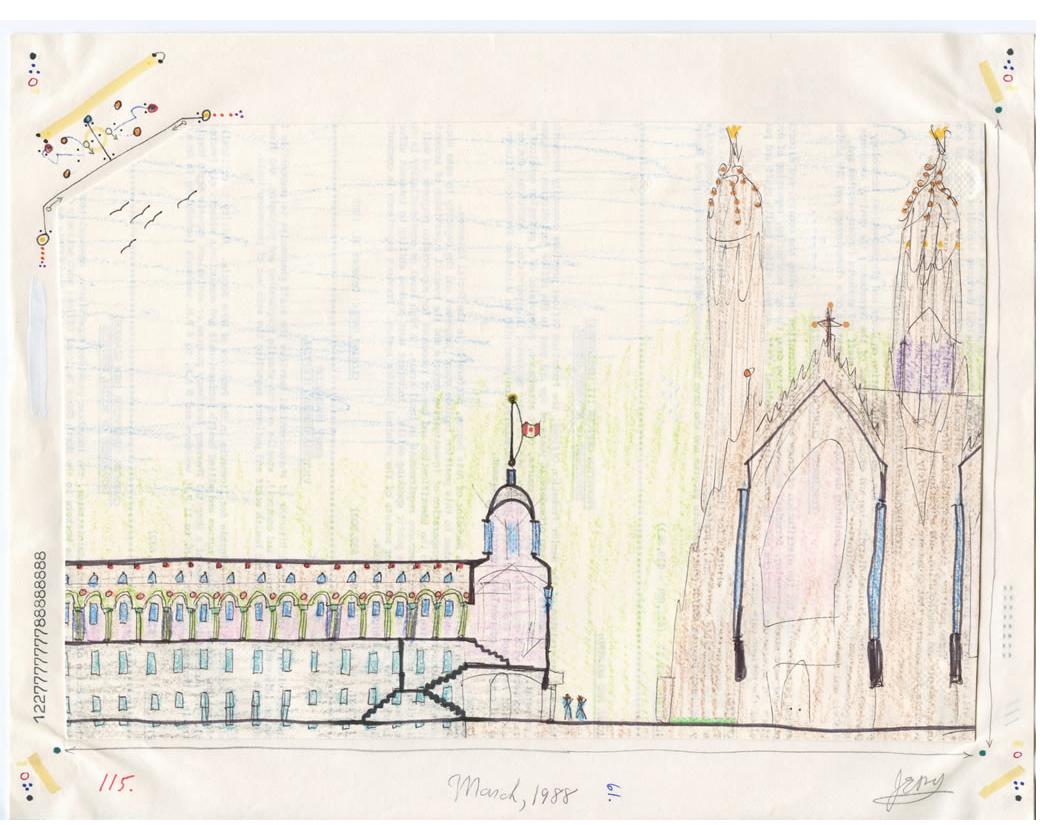 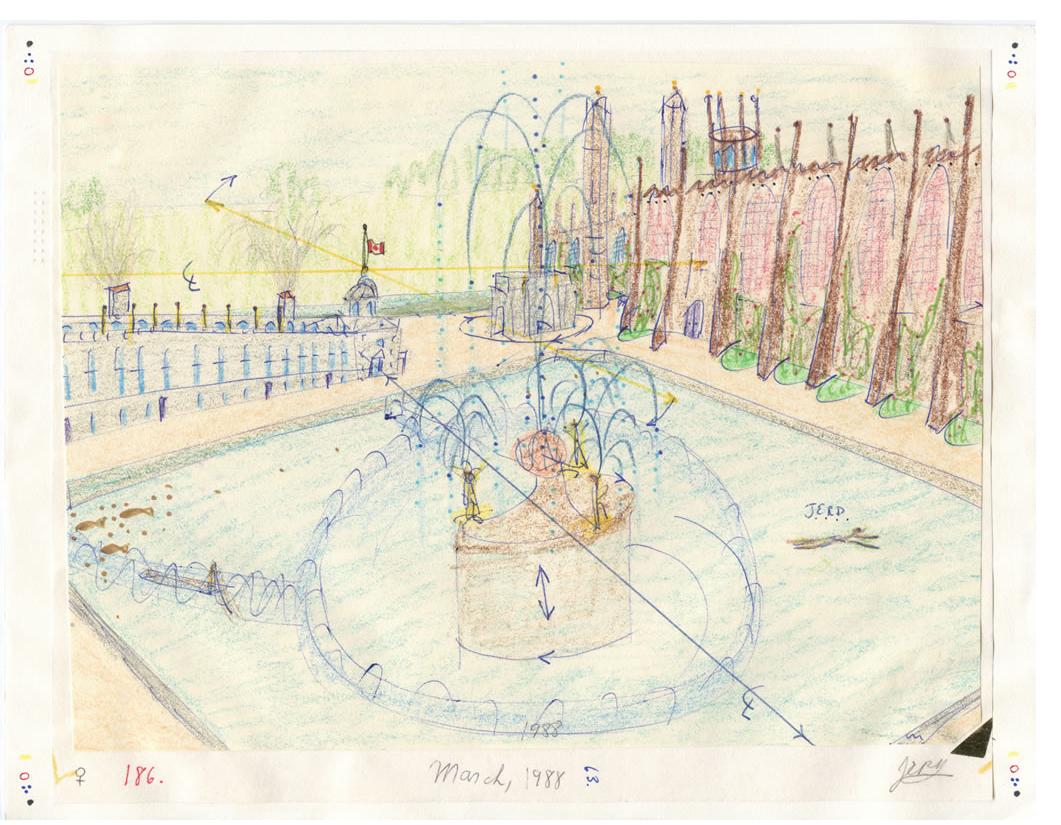 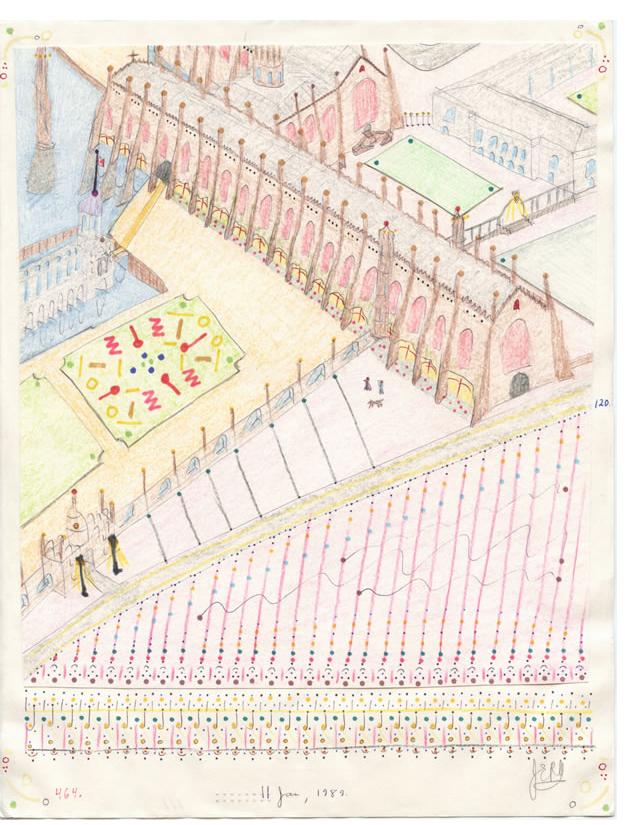 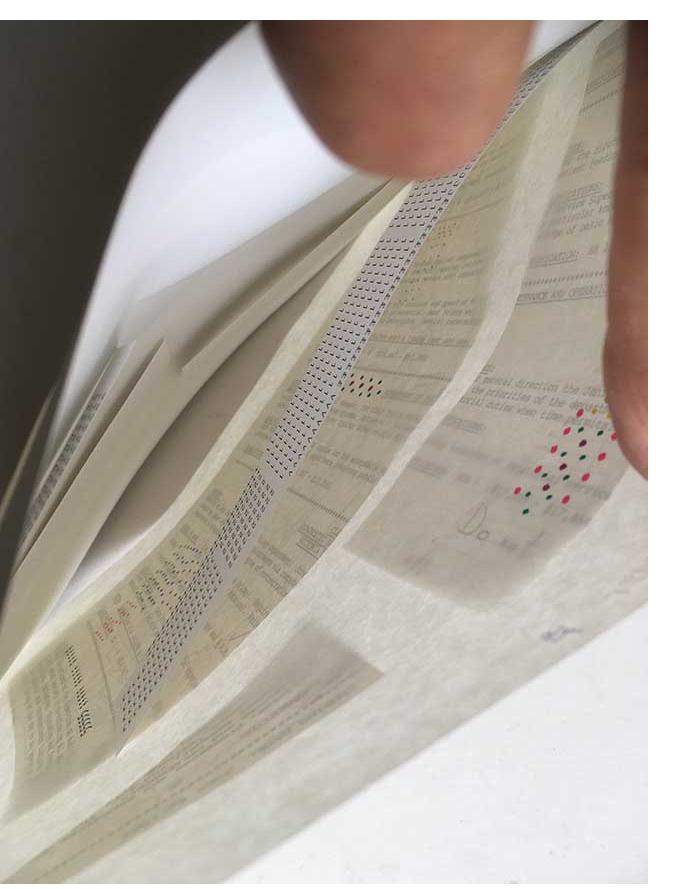 Cabalistic, magical designs, and number sequences that uniquely have meaning and significance to the artist. Most drawings are two sheet, occasionally three, and these 'additions' can not be seen unless one separates the pages, as seen in the reproduced image above.

''If you are going to have a mental breakdown the best place to have it is in the spring and in Cambridge.''

Born in Halifax, Nova Scotia, Canada in 1954, John Devlin went on to study Theology at Cambridge University in the UK in 1979. There John suffered the first of many psychotic episodes which forced him to leave that city of medieval colleges, abandon his ambition to join the priesthood and return home after just one year.

After periods in and out of hospitals, and always longing to return to the idyllic scene of his student days, John decided to create his own utopian city through a series of sketches inspired by his nostalgia for his beloved Cambridge. These drawings, which poetically reimagine the architecture of the College buildings and surrounds, contain hidden codes, symbols and mathematical ratios which imbue the works with a profound and mystical content, deciphered and understood by only the artist himself.

Over a period of years John has reworked these drawings many times. He named this dream city Nova Cantabrigiensis, a place where the artist envisioned he would live and be happy. He can sometimes be seen walking in these pictures with his imaginary friends and a dog, their haloes making it abundantly clear that this is not the Cambridge we know, but a heavenly city of his creation.

After further hospitalization and a period in which he was unable to draw, John moved in 1989 into a group home in Dartmouth, Nova Scotia where he has been ever since and where he continues to refine his visionary evocations of the imaginary cityscape in his outsider art.

Note: Hidden within the drawings that Devlin produced are cabalistic, magical designs, and number sequences that have meaning/importance to John. Most drawings are two sheet, occasionally three, and these 'additions' are not visible unless one separates the pages. 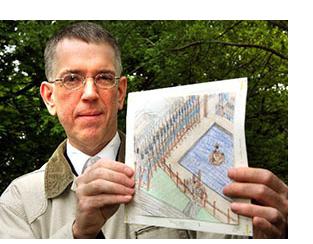