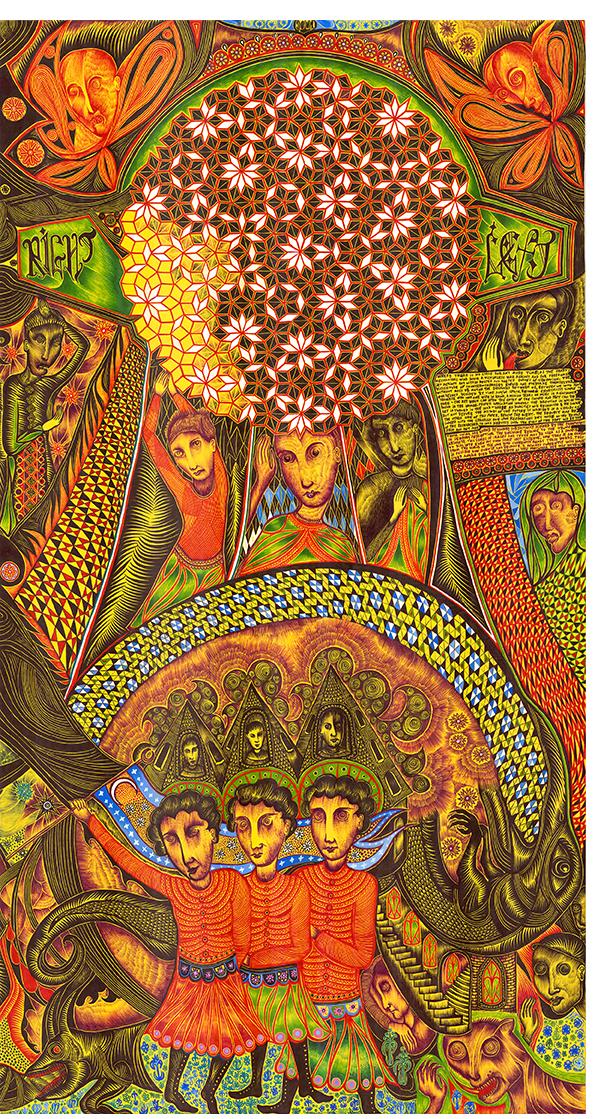 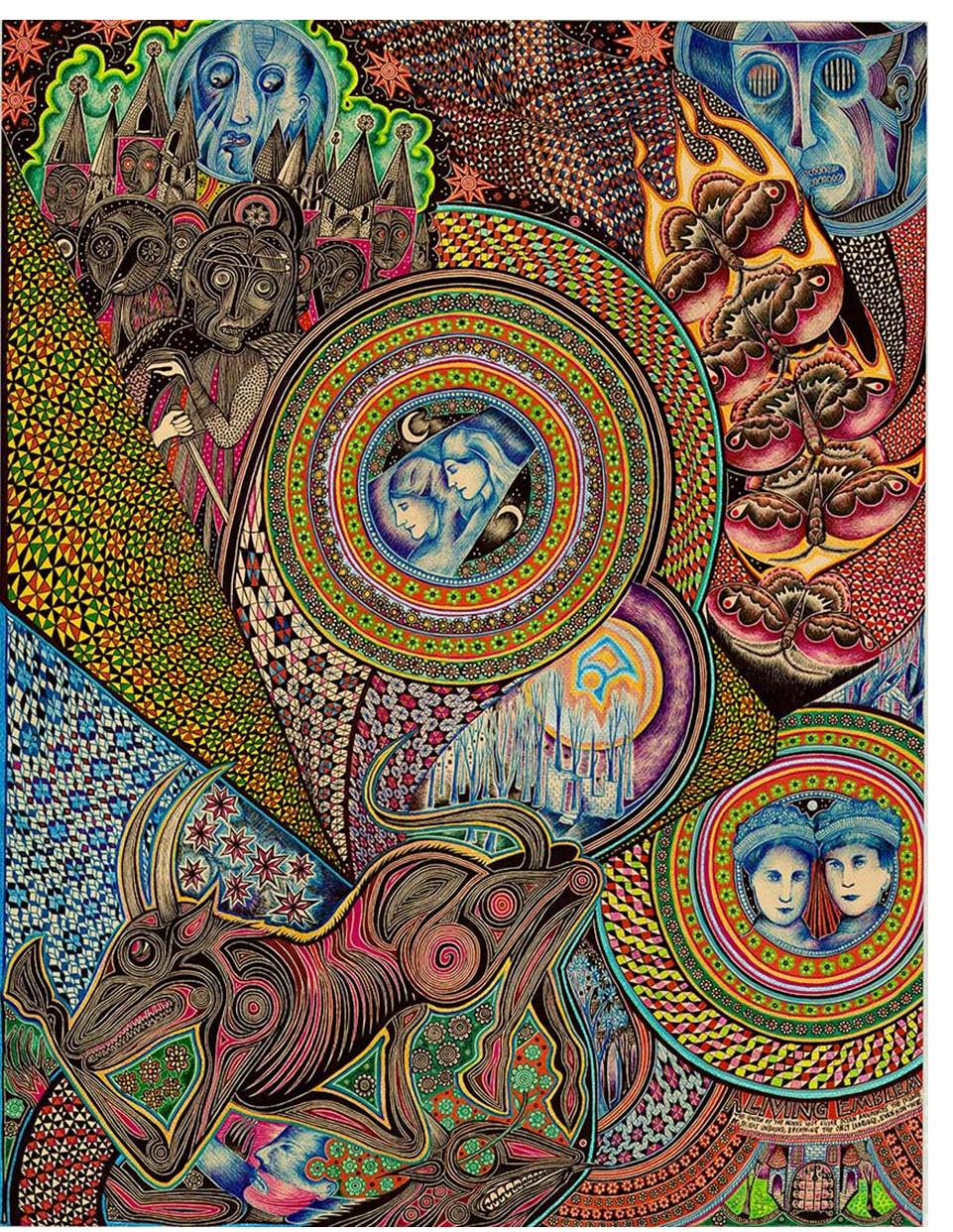 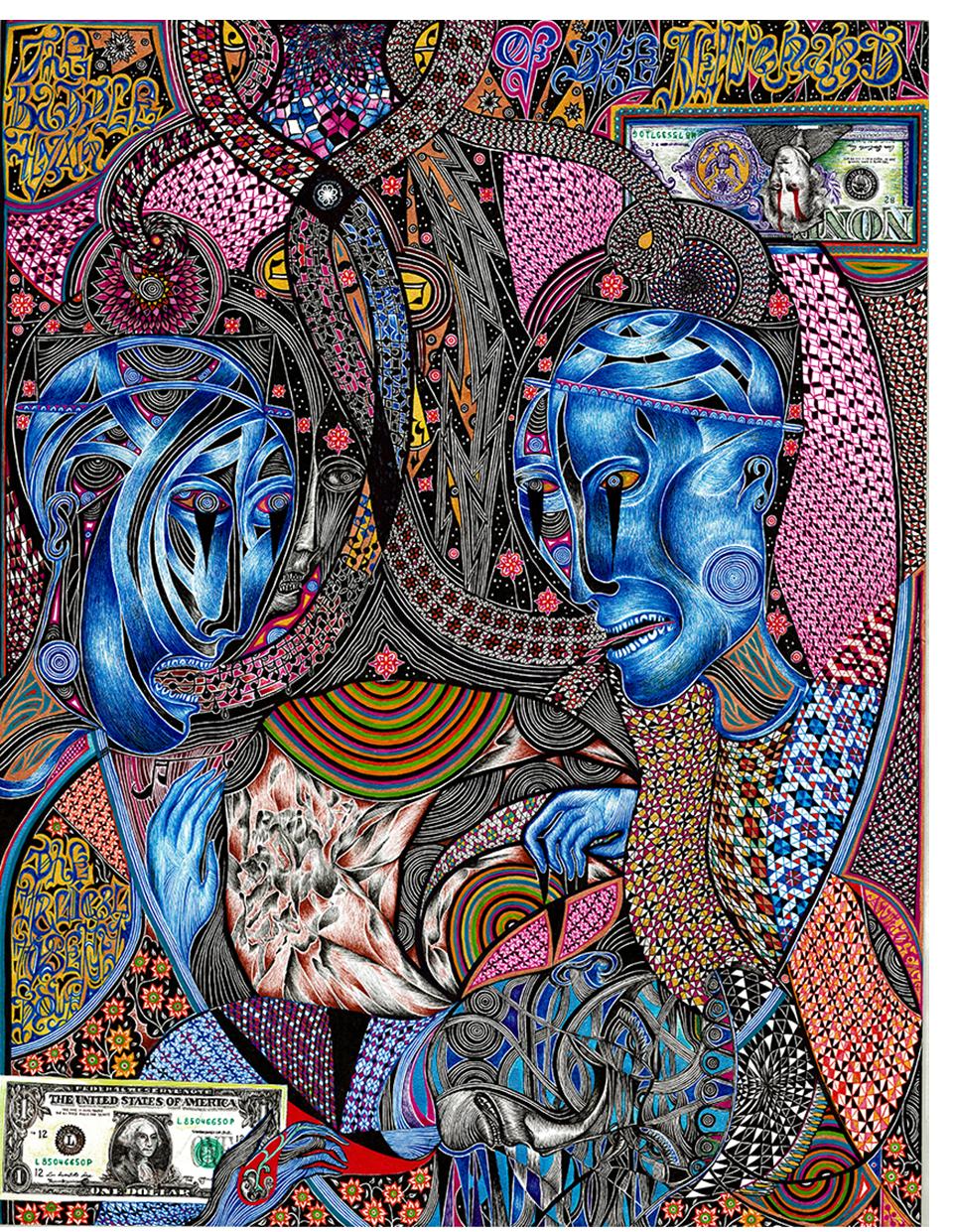 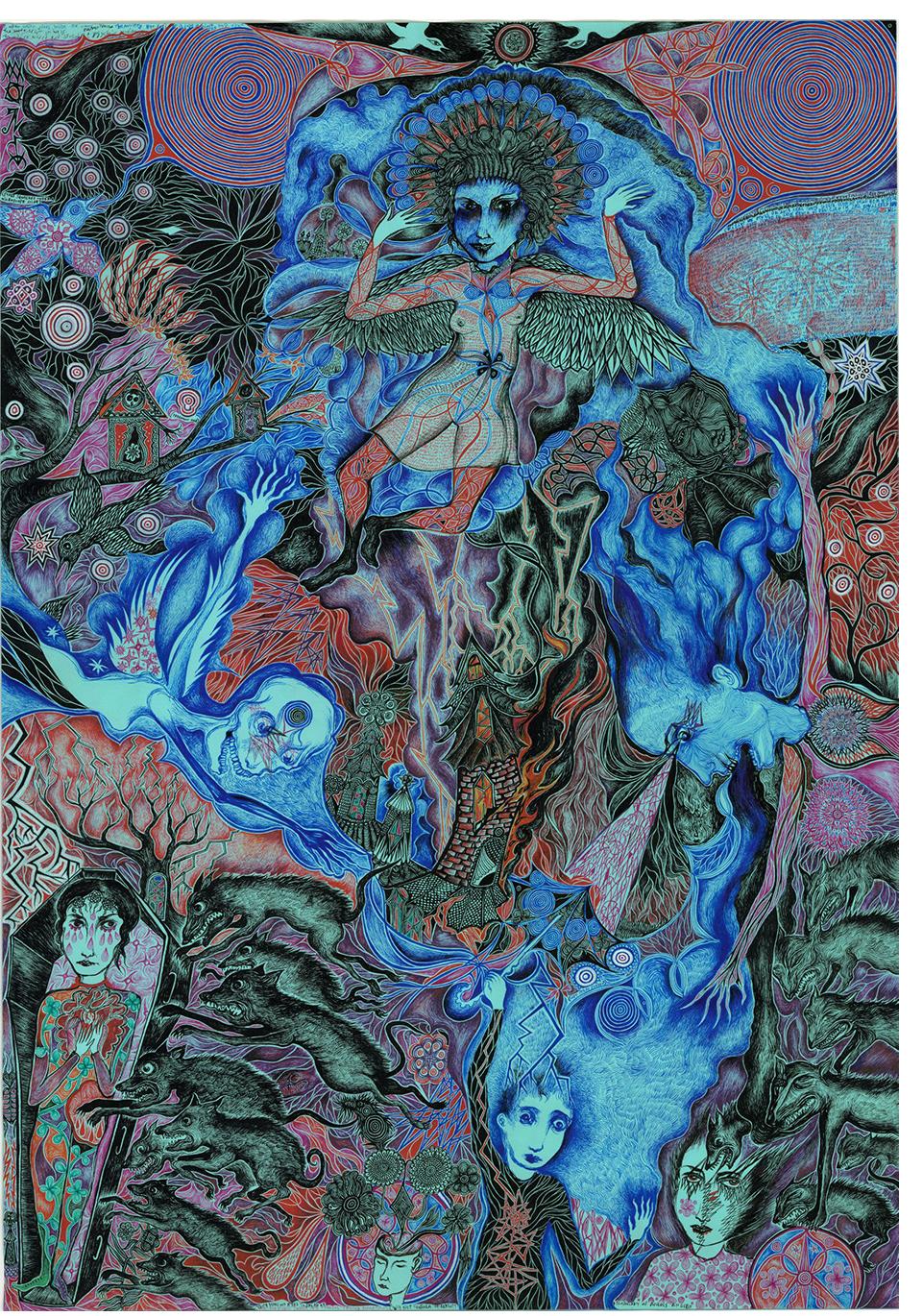 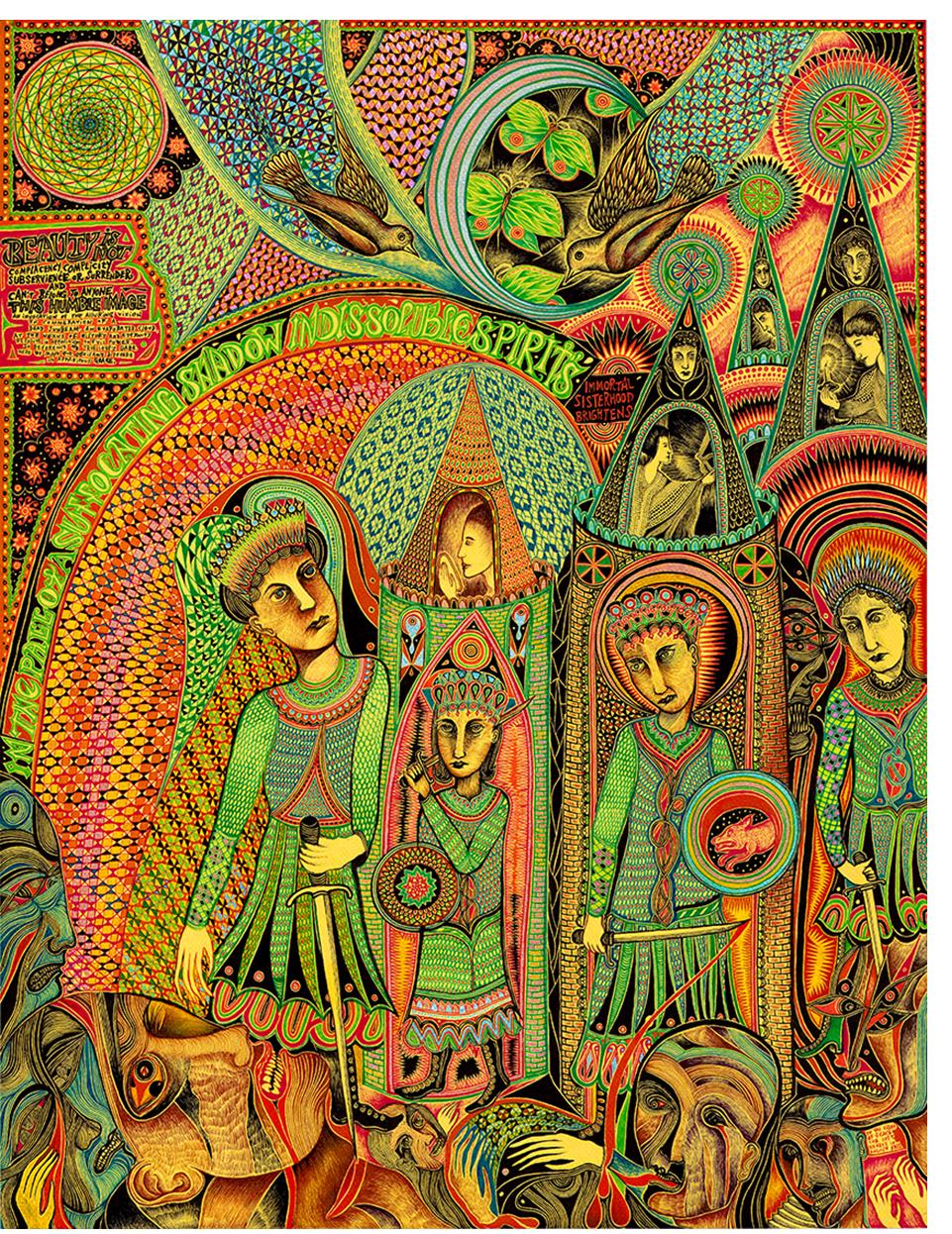 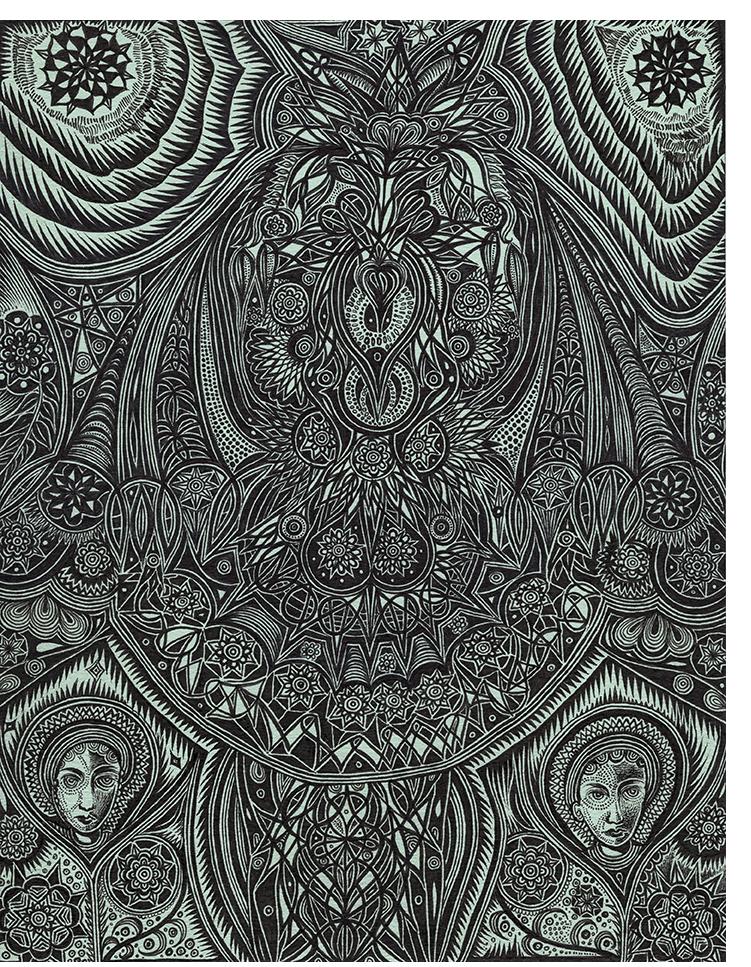 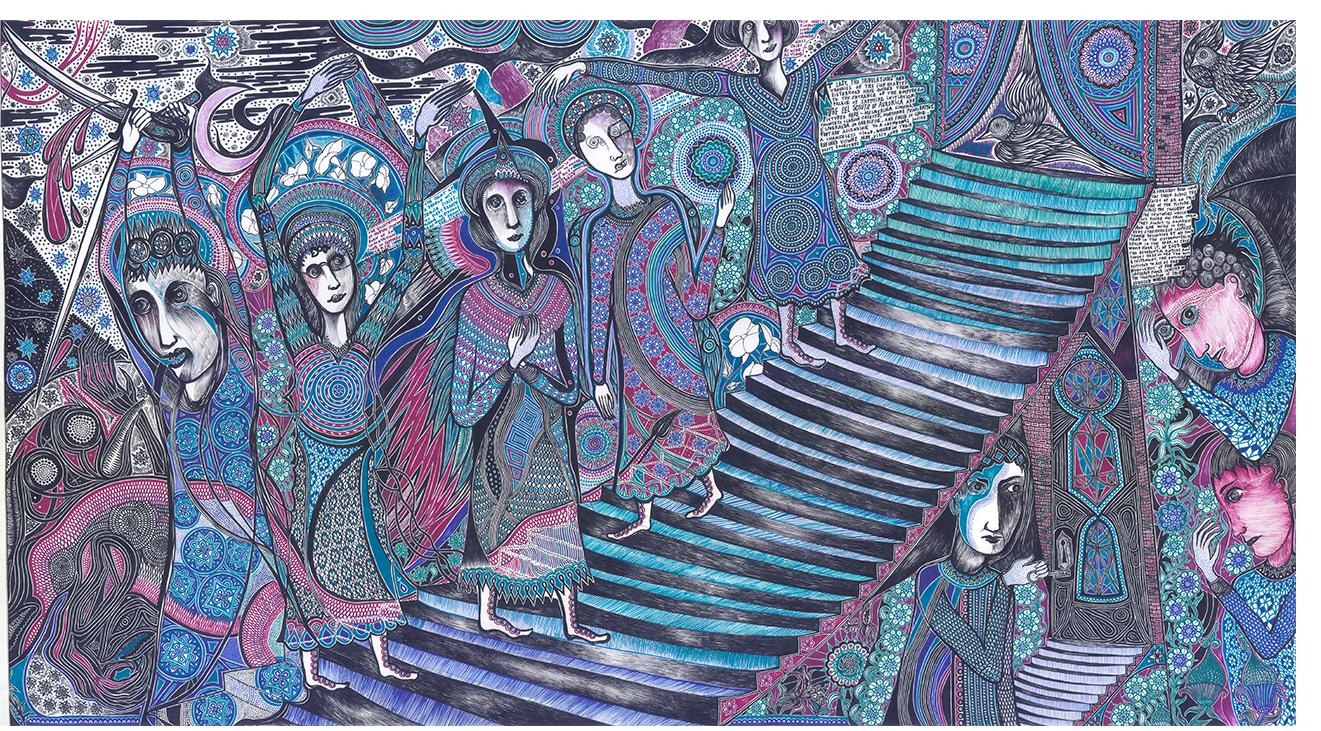 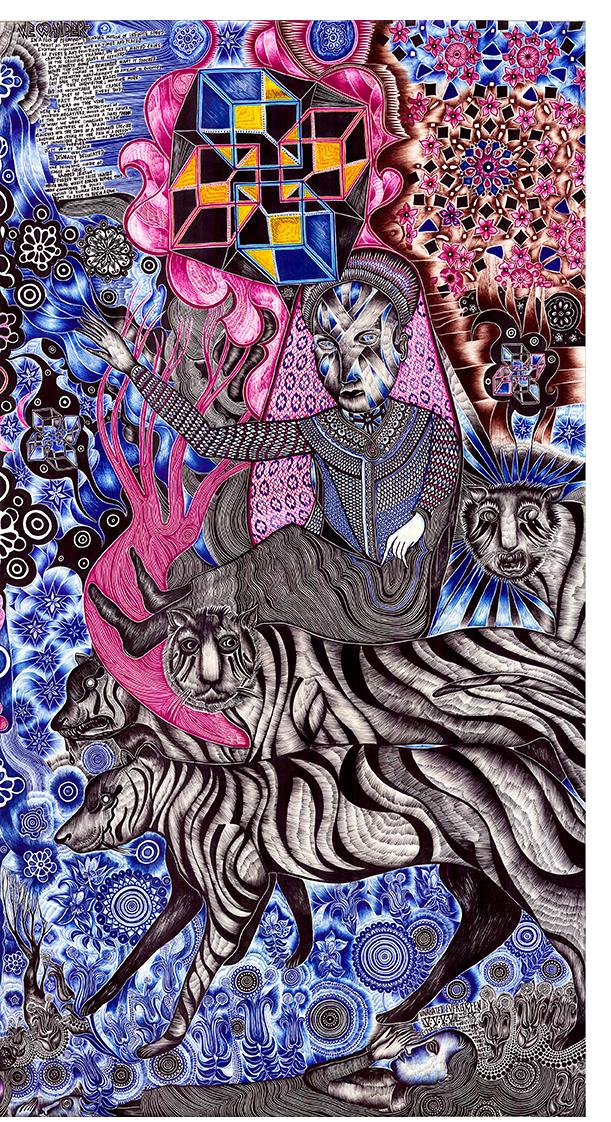 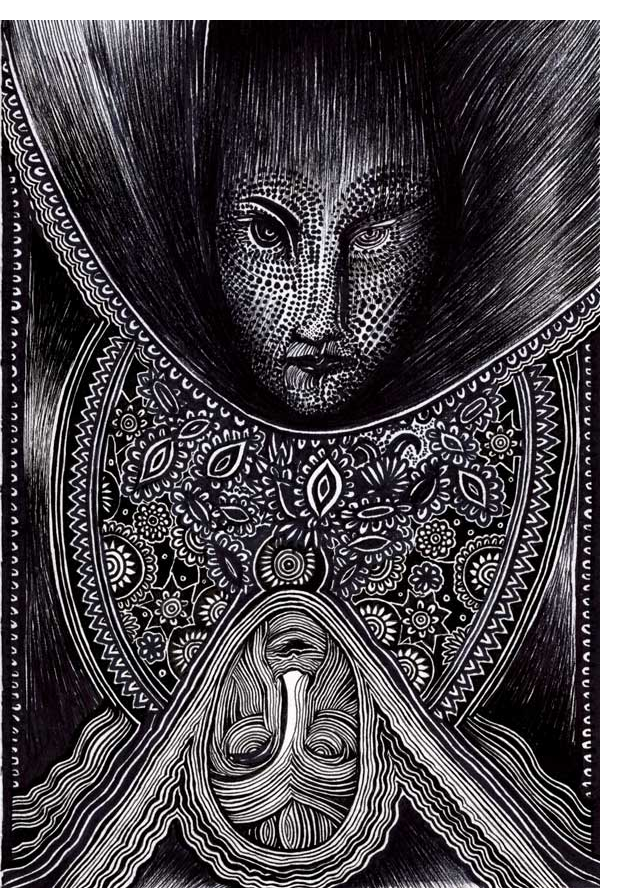 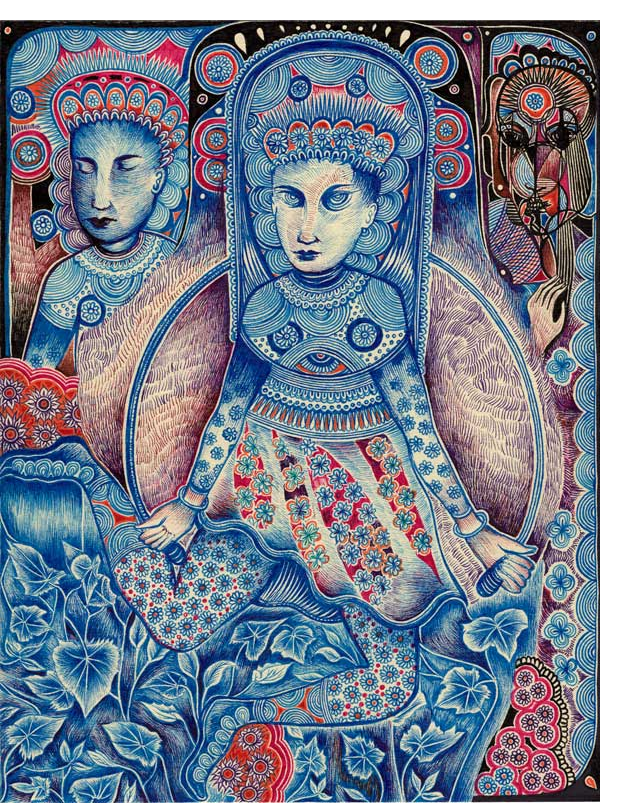 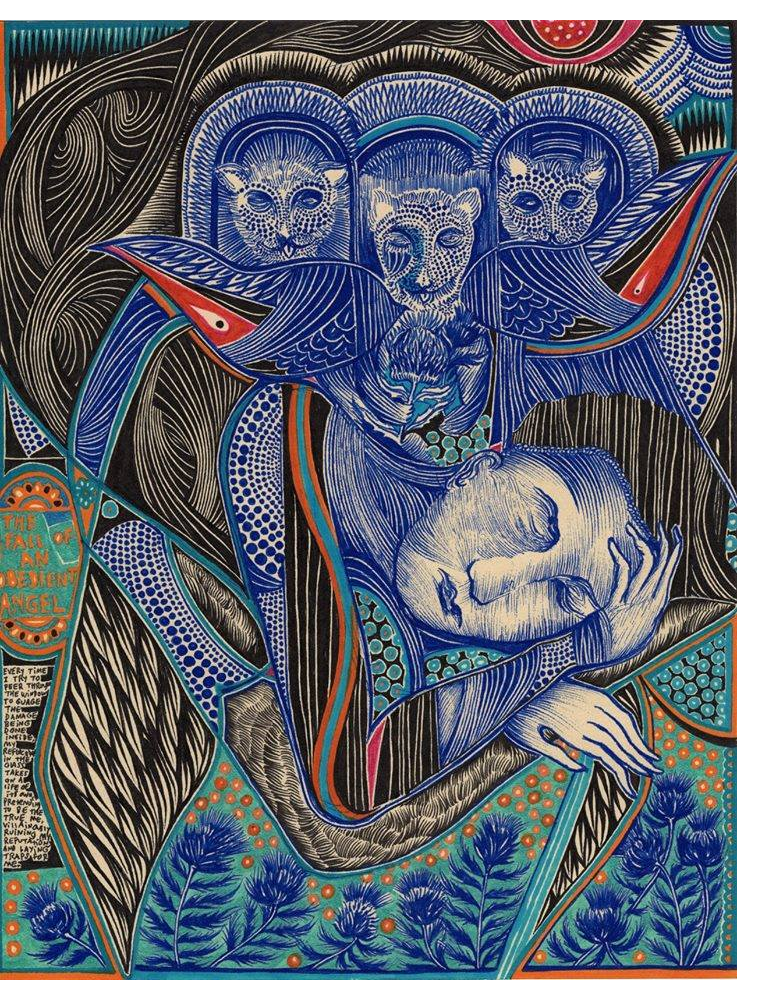 Justin Duerr was born in 1976 and grew up in rural Pennsylvania in the United States. In the early 1990s he dropped out of high school and moved to Philadelphia. He experienced some years of homlessness before working for several years on fishing boats in the Bering Sea. While at sea, he experienced an ecstatic vision which found expression in a series of artworks - an "interconnecting story scroll," which consists of panels which connect to one another, reading left to right. The intention is to continue adding to the vast drawing over the course of a lifetime, and, if circumstances allow, to connect the final panel to the first at the end of life, creating a vast life-long cycloramic image. Begun in the summer of 2000, the project is currently well over 100 ft. in length and averages 5 ft. in height.

Justin also produces many "stand alone" artworks of various sizes, most of them highly detailed. Many of these feature philosophical and poetic texts written by the artist which adorn and elucidate the images.

In addition to his artistic practice, Justin is a musician and also enjoys historic research and exploring "art mysteries." He was featured in the 2011 documentary Resurrect Dead: the Mystery of the Toynbee Tiles, which premiered at the Sundance Film Festival and won that year's award for best director. The film has gone on to be seen by at least a million people in the ensuing years.

In 2018 Justin wrote and compiled a monograph/art book about hitherto forgotten British visionary cartoonist/musician Herbert E. Crowley. The book was published in a French translation in 2019.

Justin's artwork was featured in a solo exhibition at Chicago's INTUIT museum in 2019/2020, and beginning in the mid 1990s his work has been included in many group and solo exhibits in Philadelphia, including a solo show at Magic Gardens in 2017.

As of 2021 Justin continues to live and work in Philadelphia, where his many projects are ongoing. 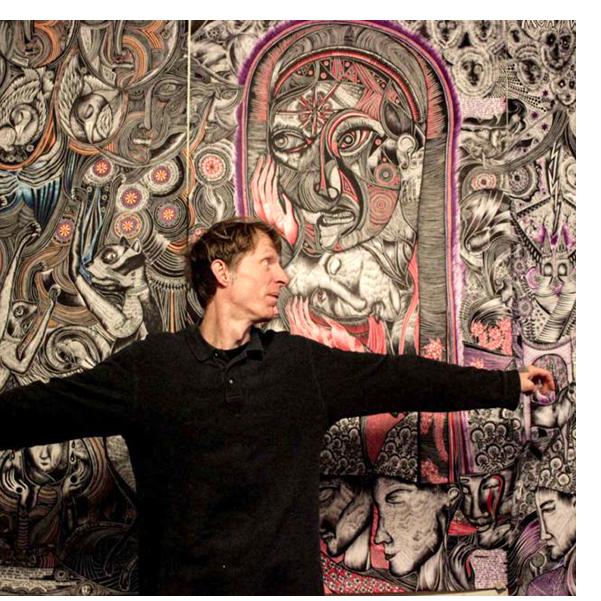 Justin in front of three panels of his "cycloramic story scroll," 2020. Photo by Mandy Katz.