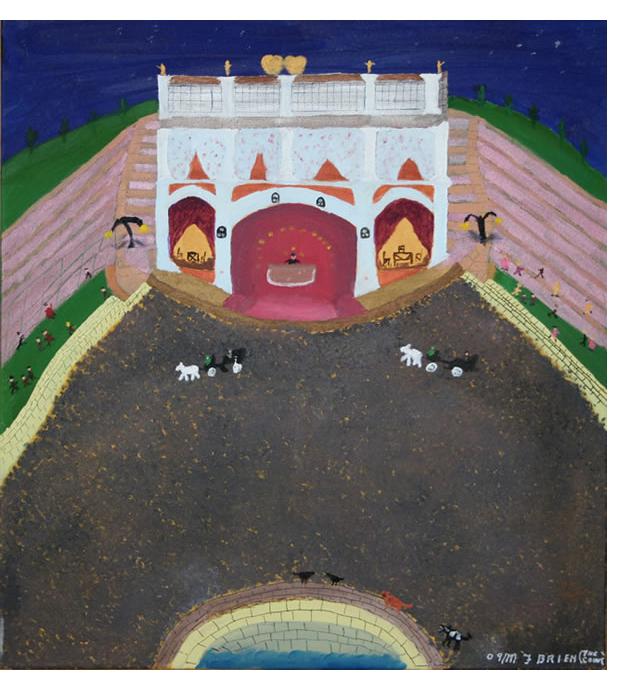 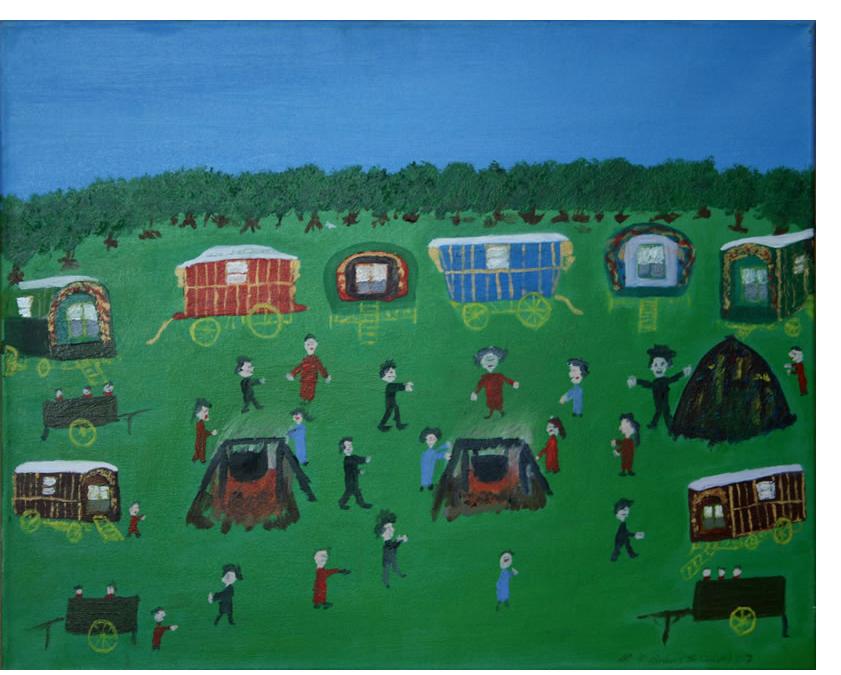 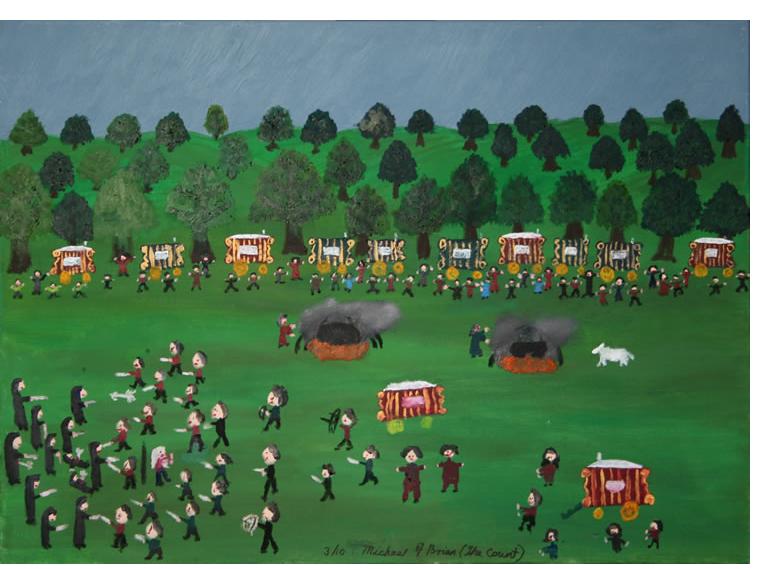 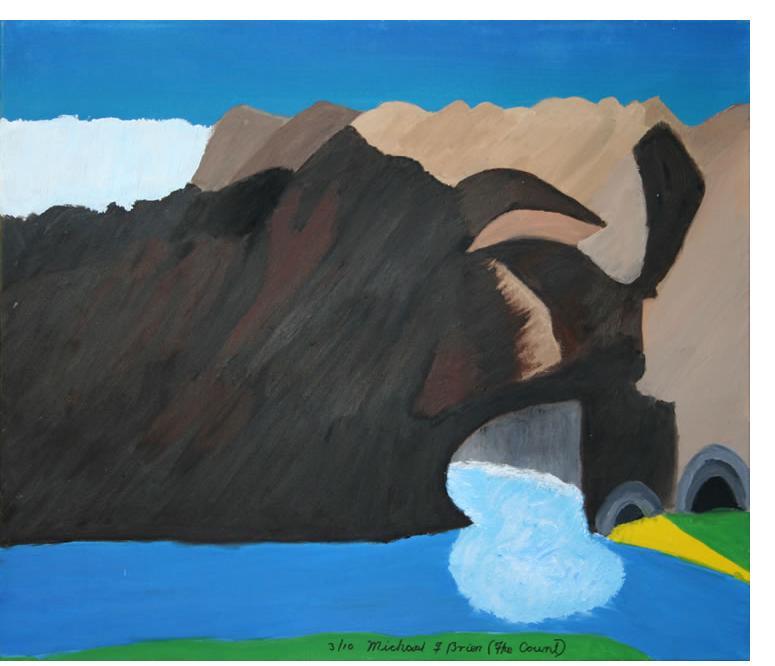 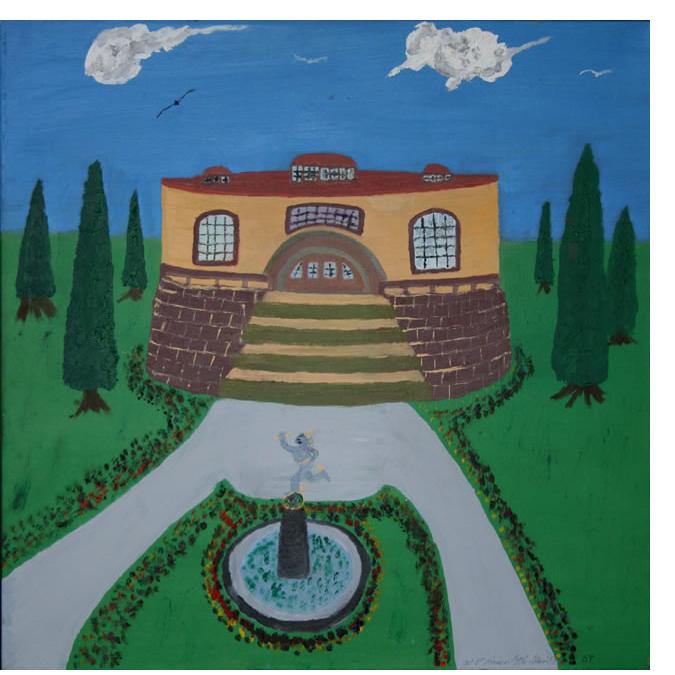 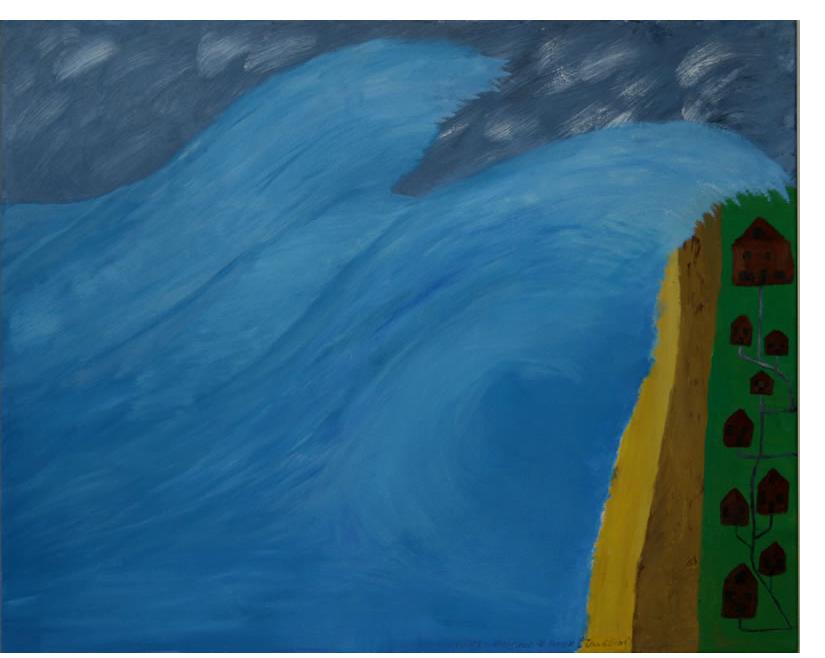 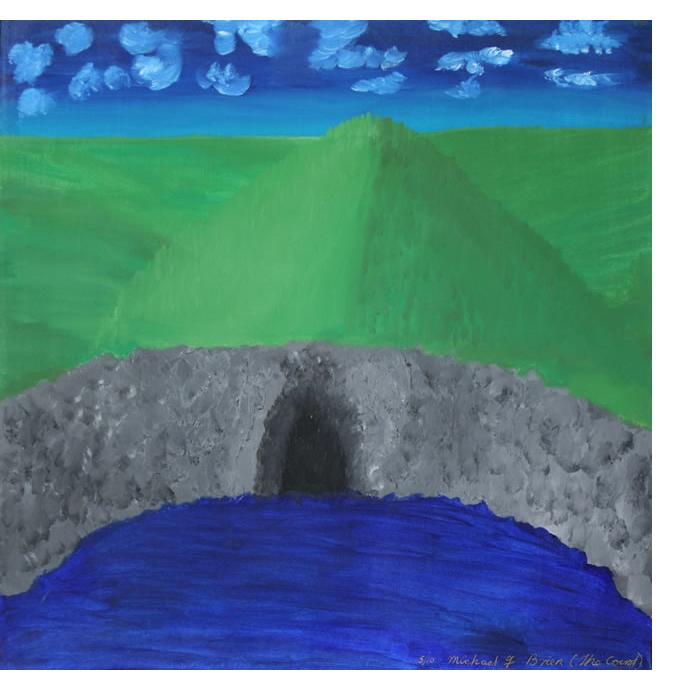 Michael Brien :'The Academy' - 2010, oil and metallic paint on canvas 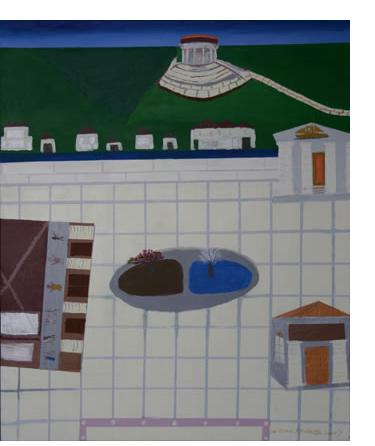 Michael F. Brien (aka ‘The Count’), born 1933, is a self-taught artist who paints out of his dreams and his poetical imaginings. A gypsy of Spanish and English descent, Brien has lived many lives, from the military to the sea, from restaurant critic to painter, and has travelled the world over. For decades now, Australia has been his home. His work spills out of himself. The tangible revelation of dream and personal and cultural memory. 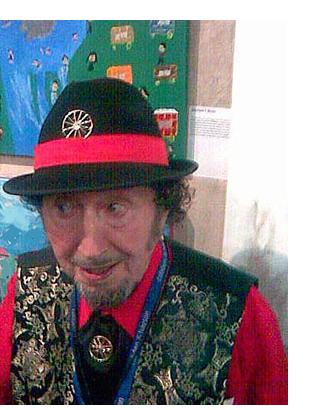