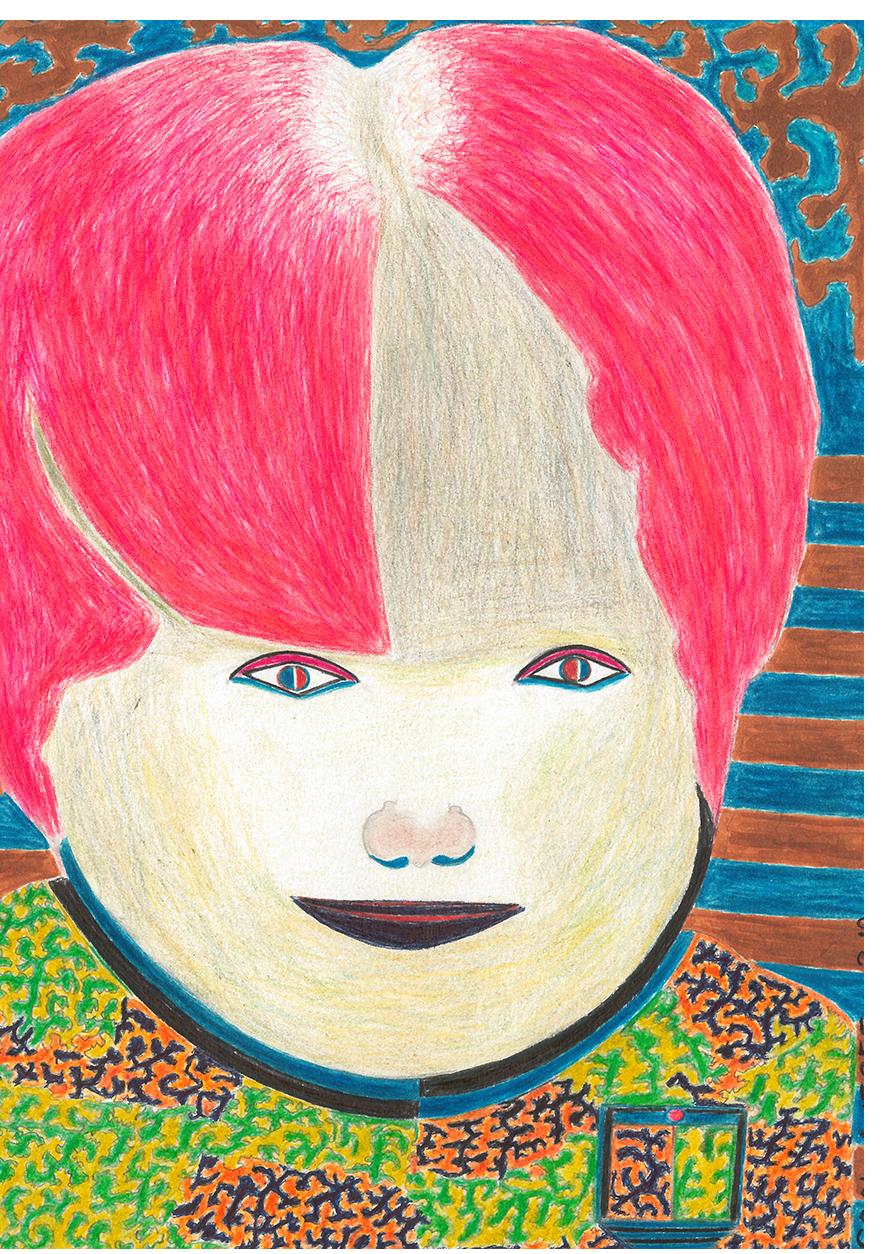 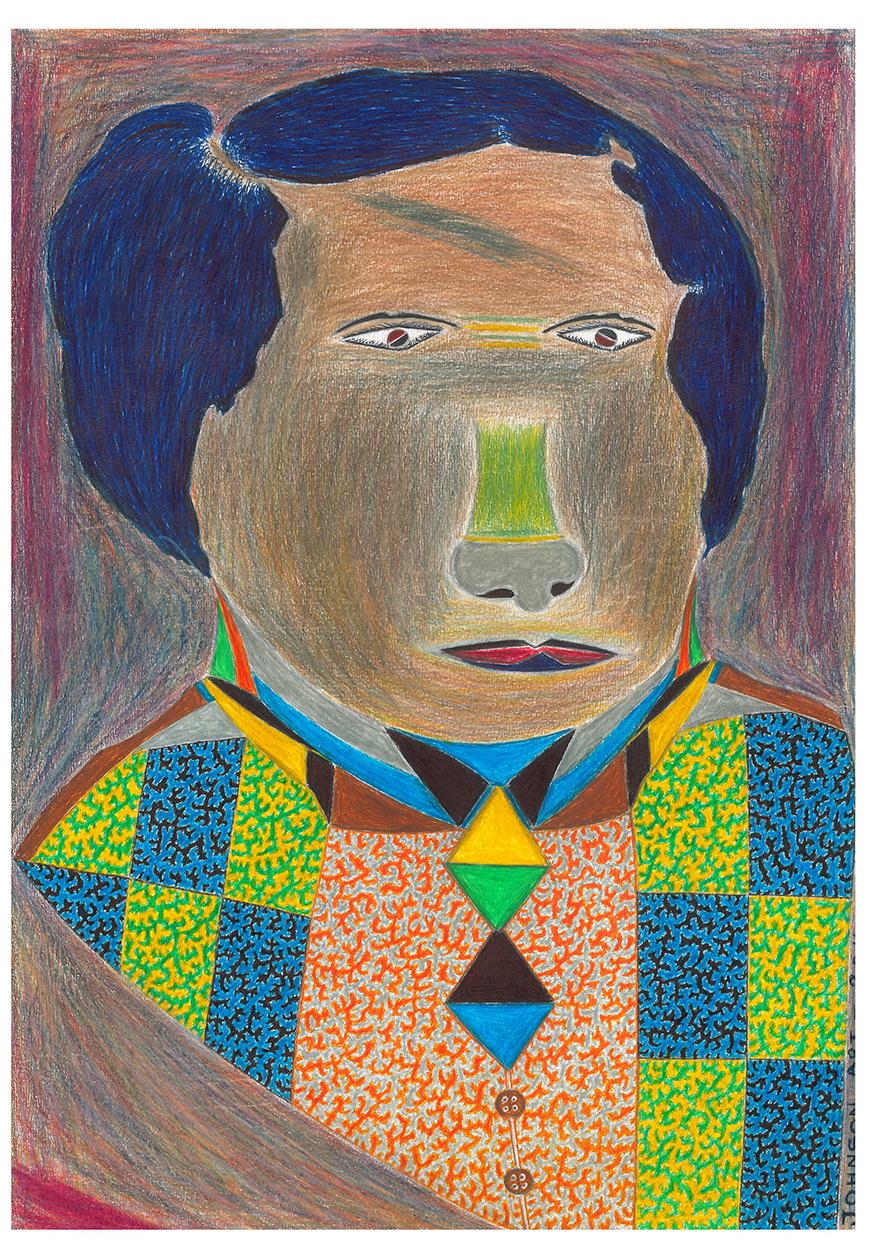 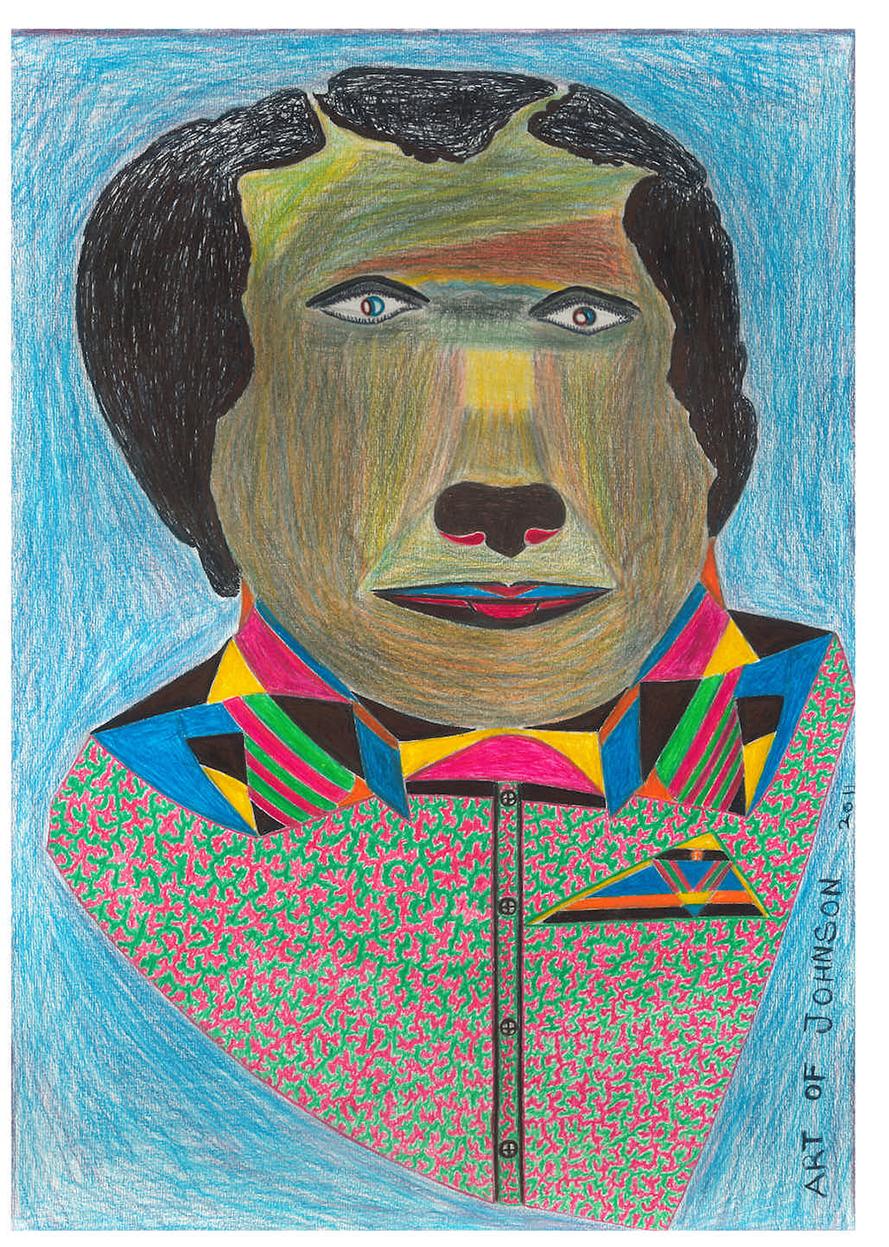 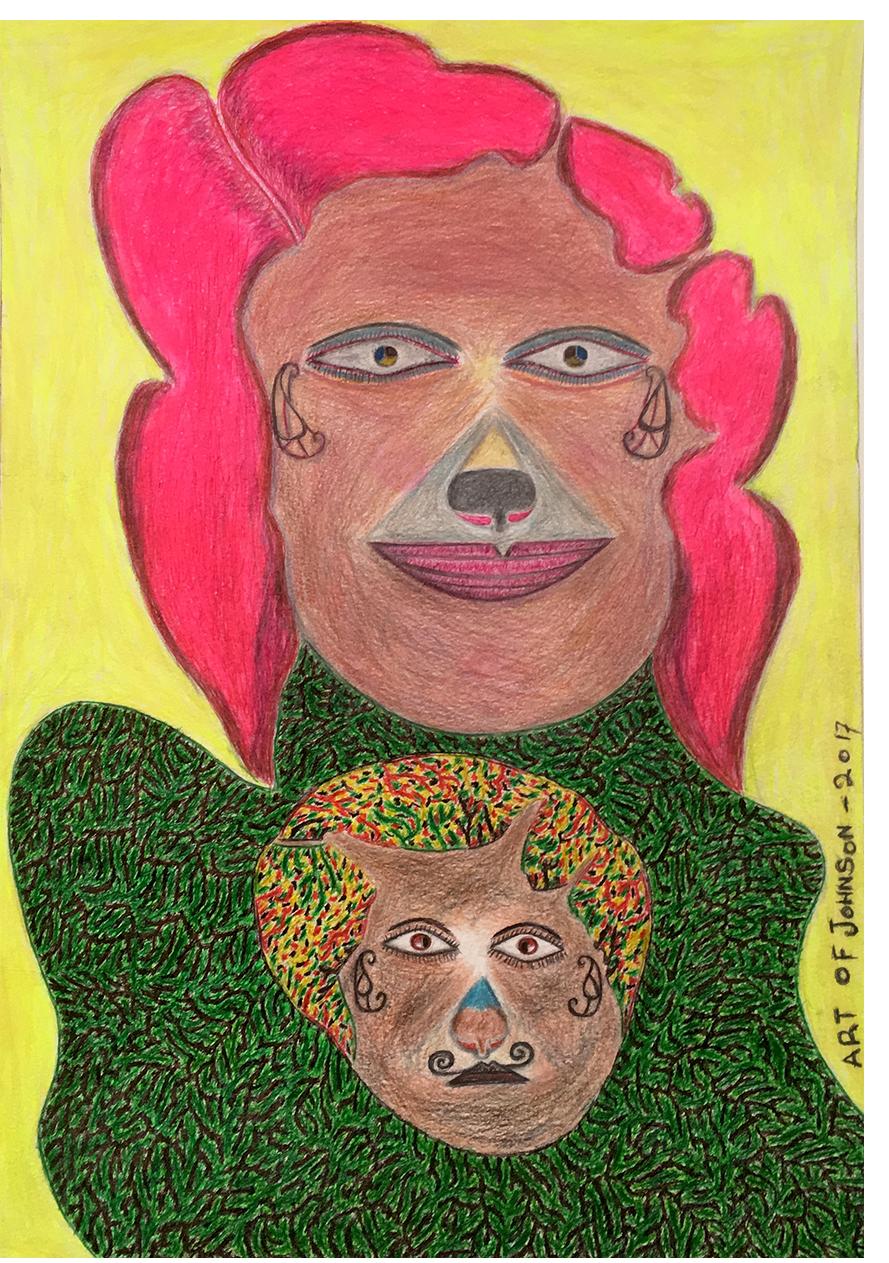 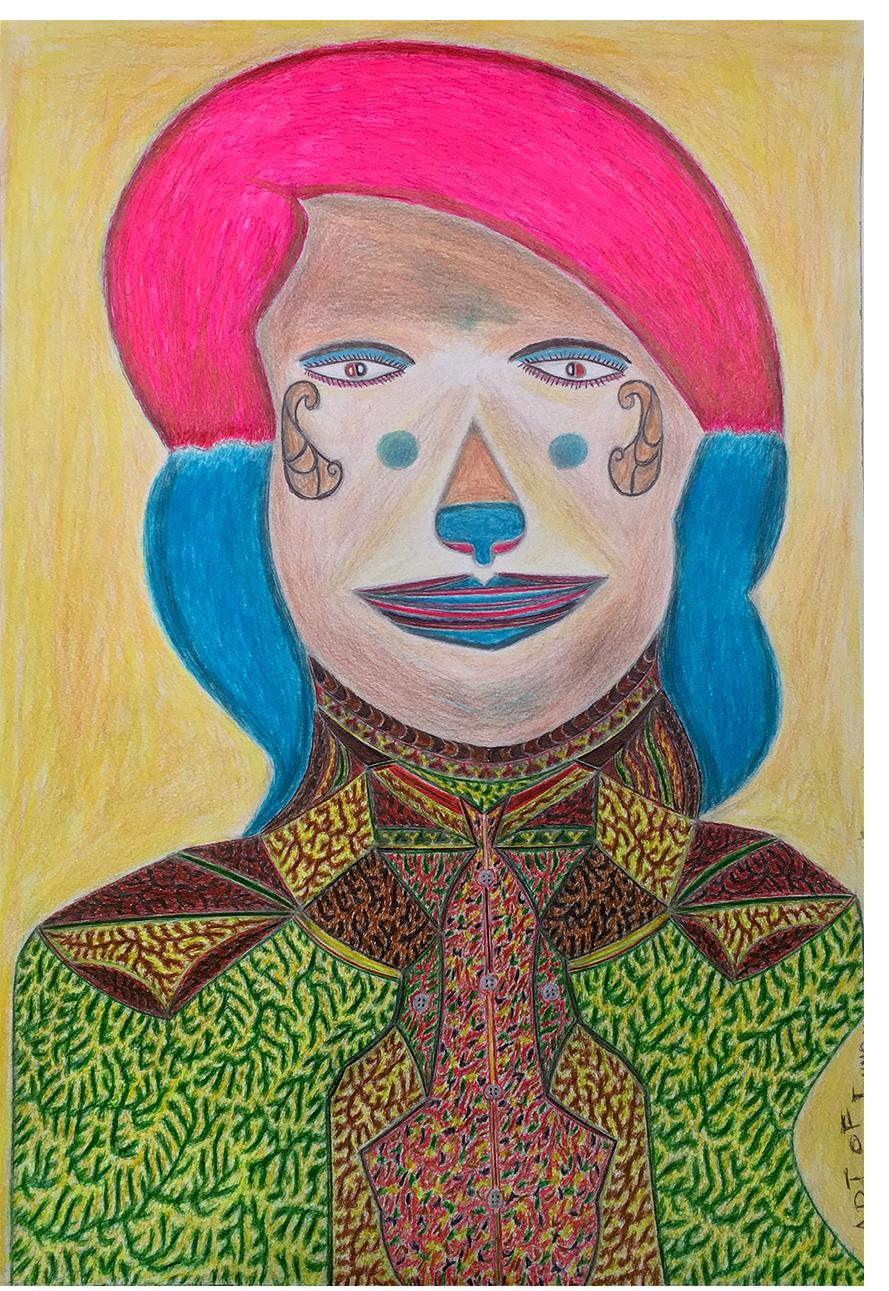 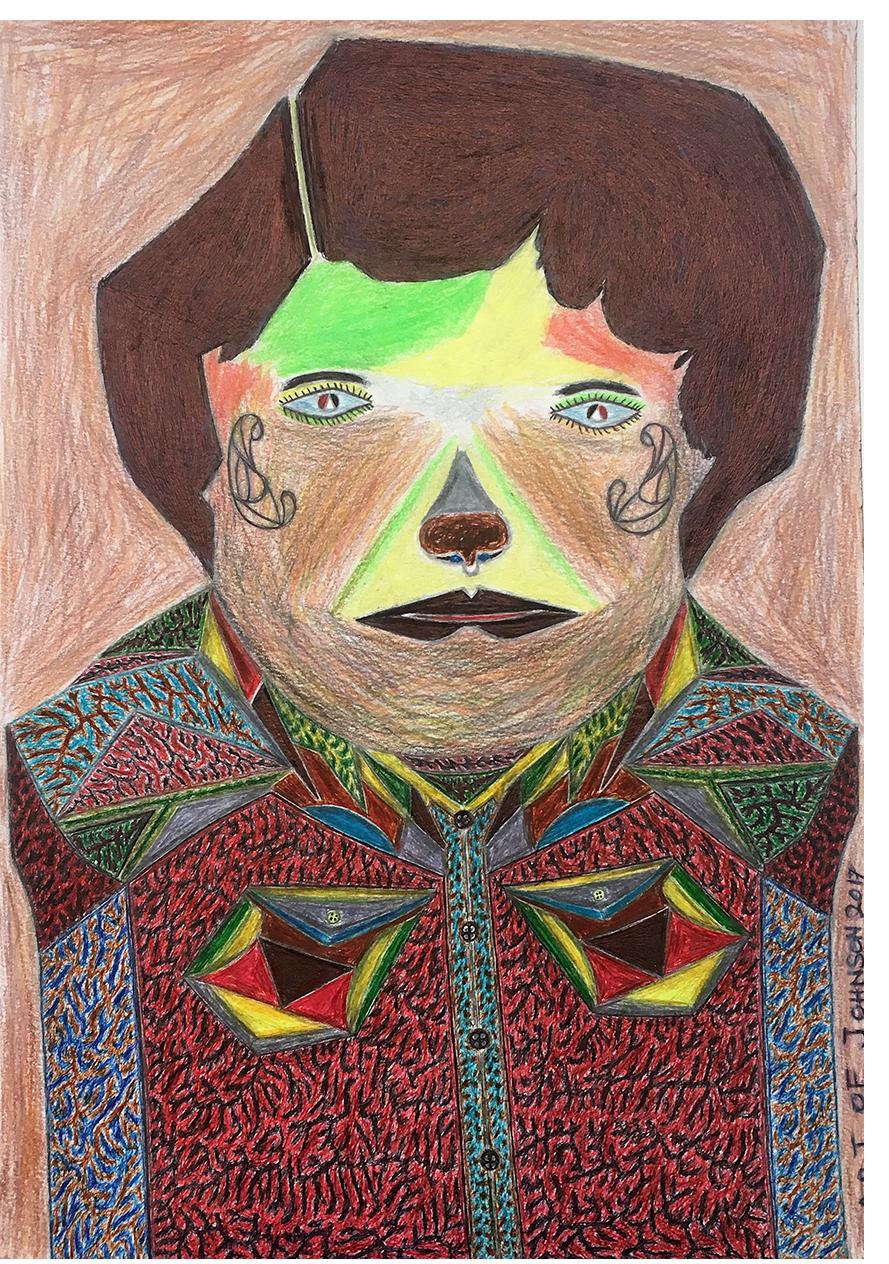 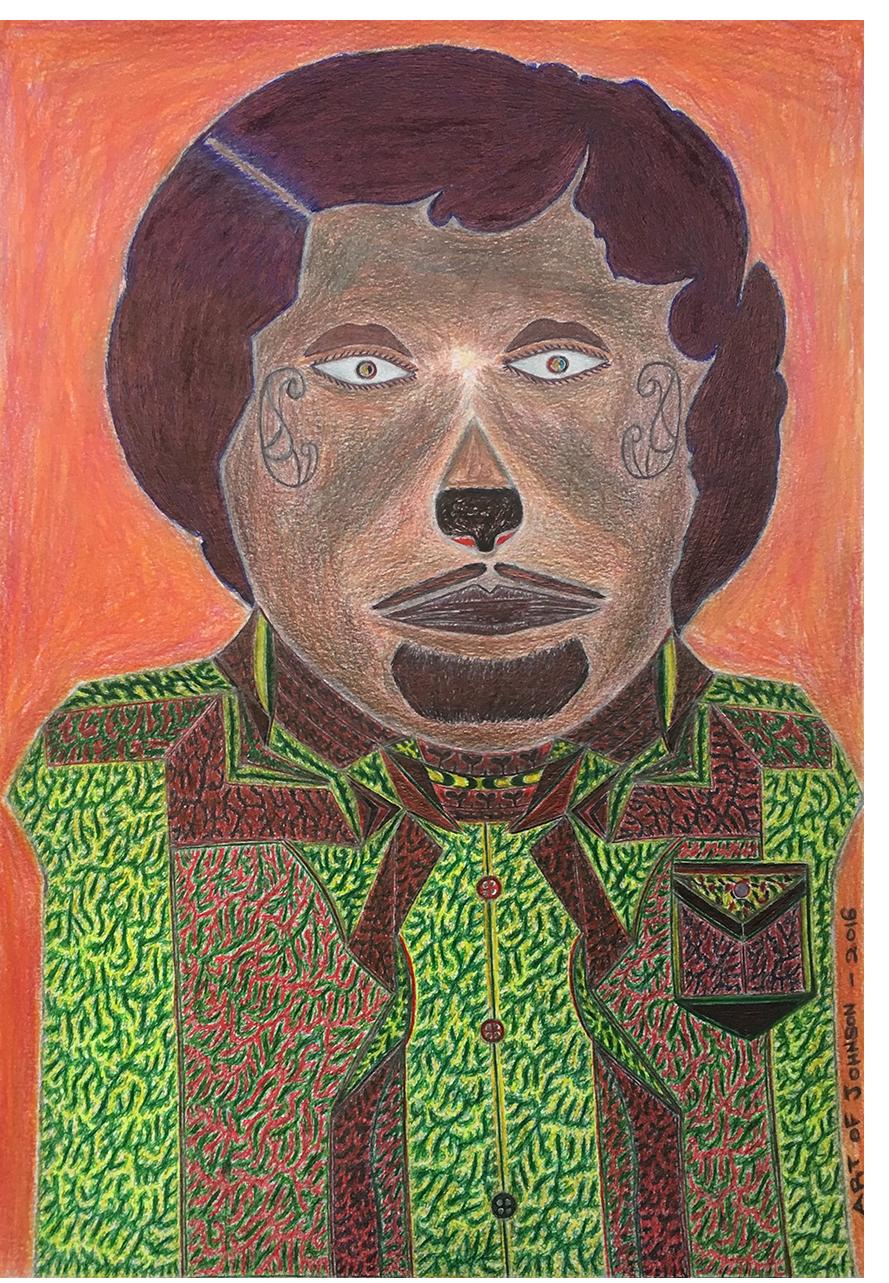 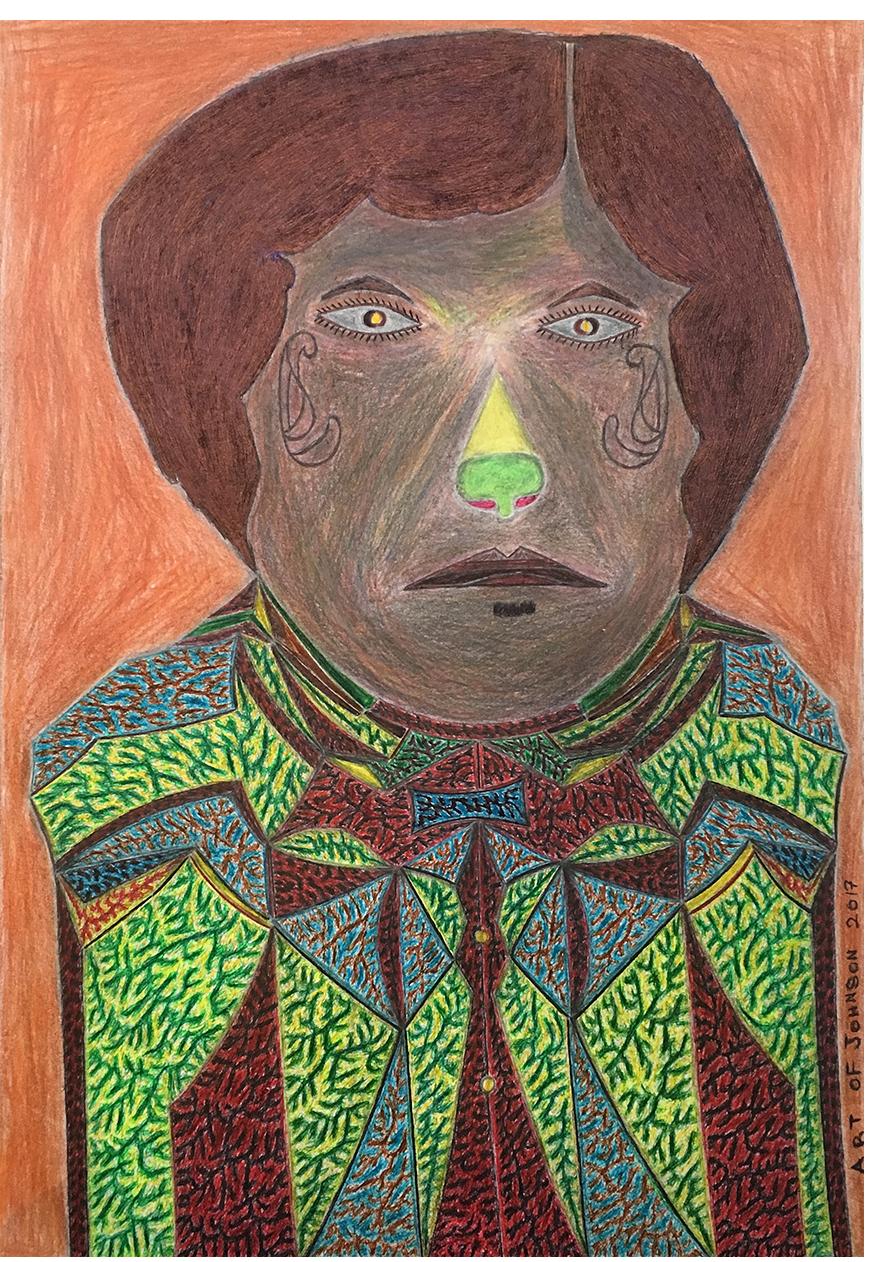 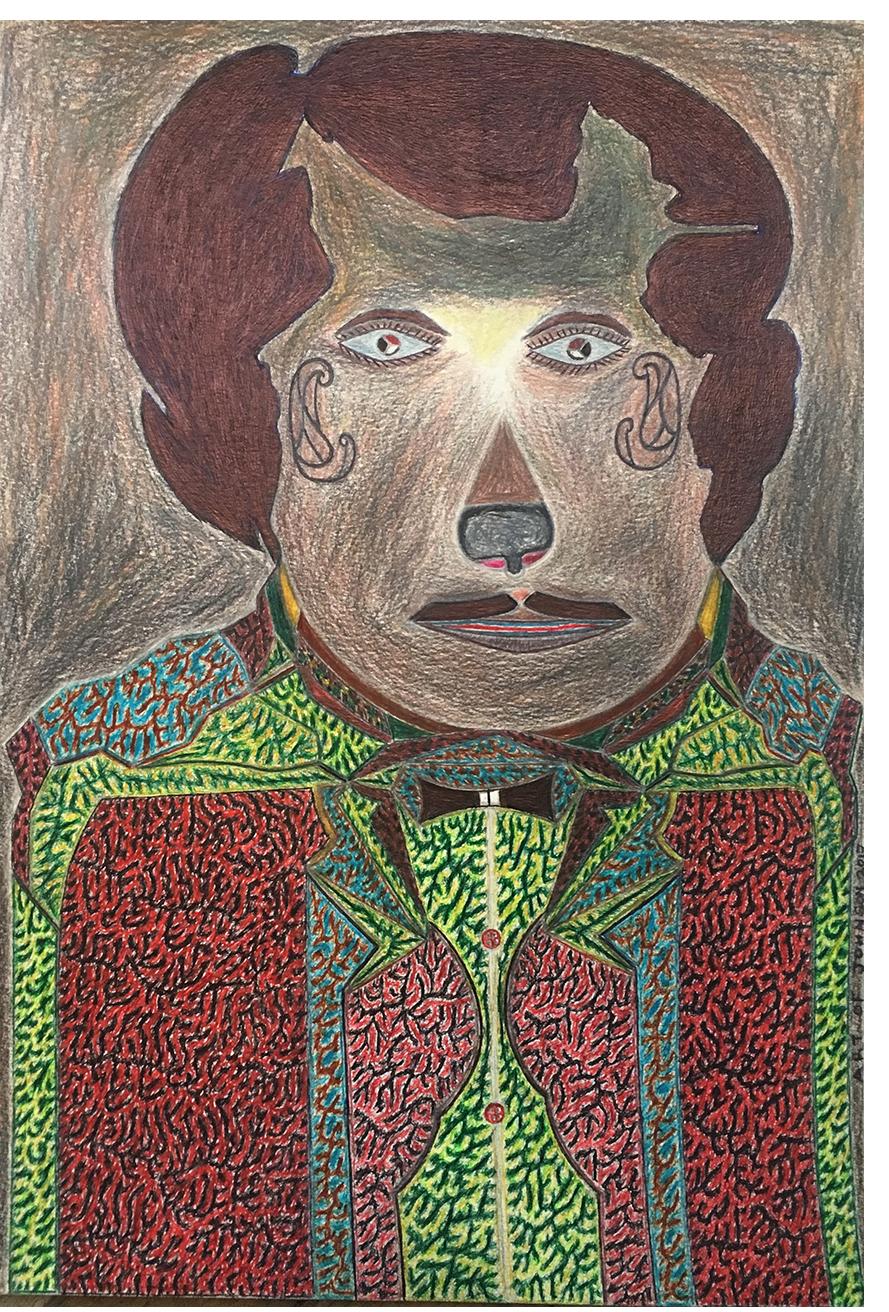 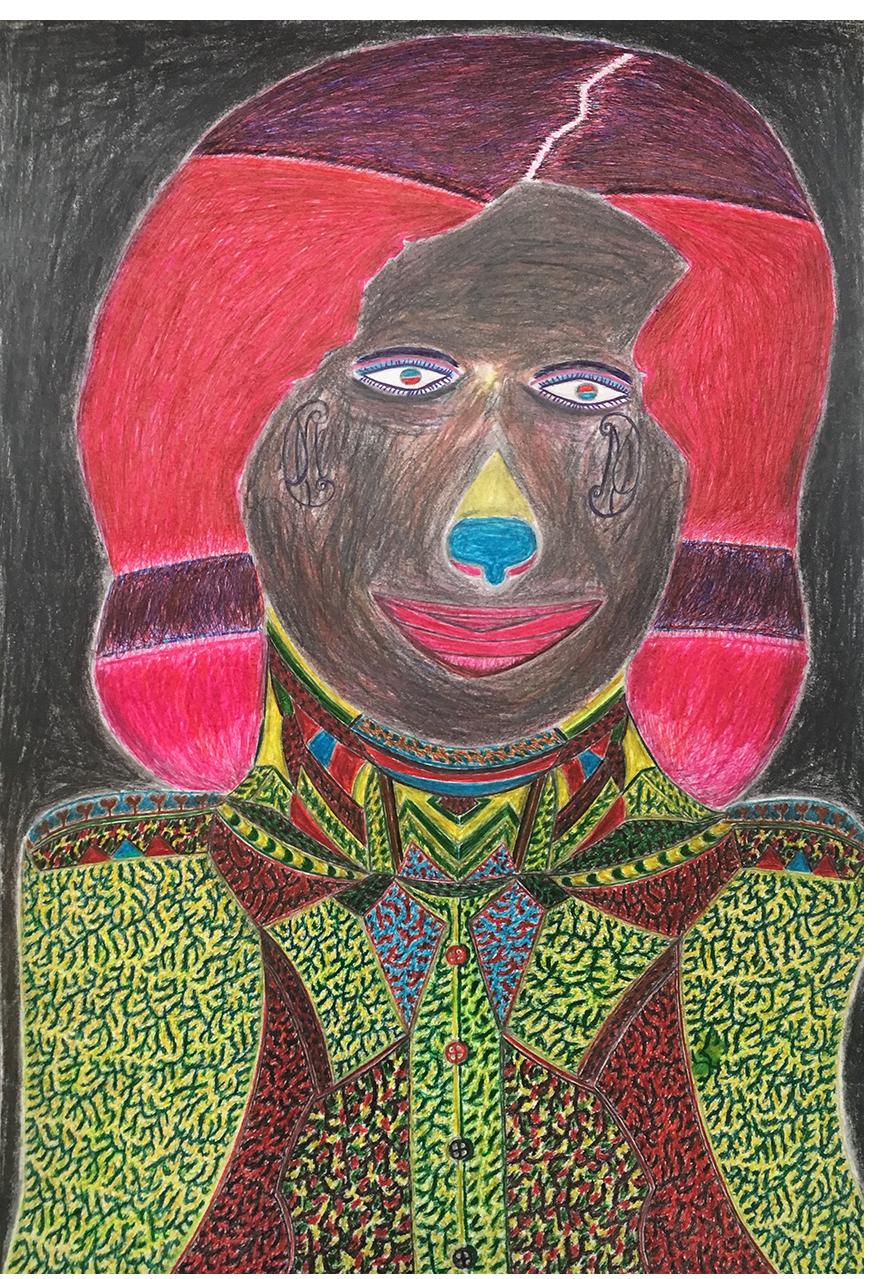 Through the eyes of Johnson Weree all are beautiful.

As a child growing up in war-torn Liberia, Weree would salvage what discarded materials he could to illustrate his portraits. Today, in the relative comfort of Holland, a contemporary palette of unlimited dazzle has replaced the battery fluid and blood.

Weree has neither studio nor home, no sitters or patrons. Like the artist himself, his practice is itinerant. A safeguard against the outside world, it is an elaborate daily ritual which occupies its author morning to night.

The central marks of Weree’s oeuvre are the mesmerising features of an imaginary people.

This is surely a bespoke population, a visual frontline, where similarity and difference are celebrated in unison. His particular form of figurative production, which is at once both recognisable and foreign, make Weree’s subjects seem quite unencumbered by the limitations of traditional portraiture. They function instead as mirrors, as resplendent as monarchs, and as elusive as dreams.

Weree’s works are to be found in a number of private collections. They have been exhibited internationally at the Sven Harrys Museum in Stockholm (2012) and The Museum of Everything in Rotterdam (2016).

Exhibitions
START ART FAIR, Saatchi Gallery, (London) 13-16 September 20188
FRANCIS MARSHALL AND THE BEAUTIFUL PEOPLE, The Gallery of Everything, (London) 2017
EXHIBITION #6, The Kunsthal of Everything (Rotterdam) 2016

Literature
EXHIBITION #6, THE KUNSTHAL OF EVERYTHING (ROTTERDAM) 2016

Weree's work is sold through The Henry Boxer Gallery in association with The Gallery of Everything.