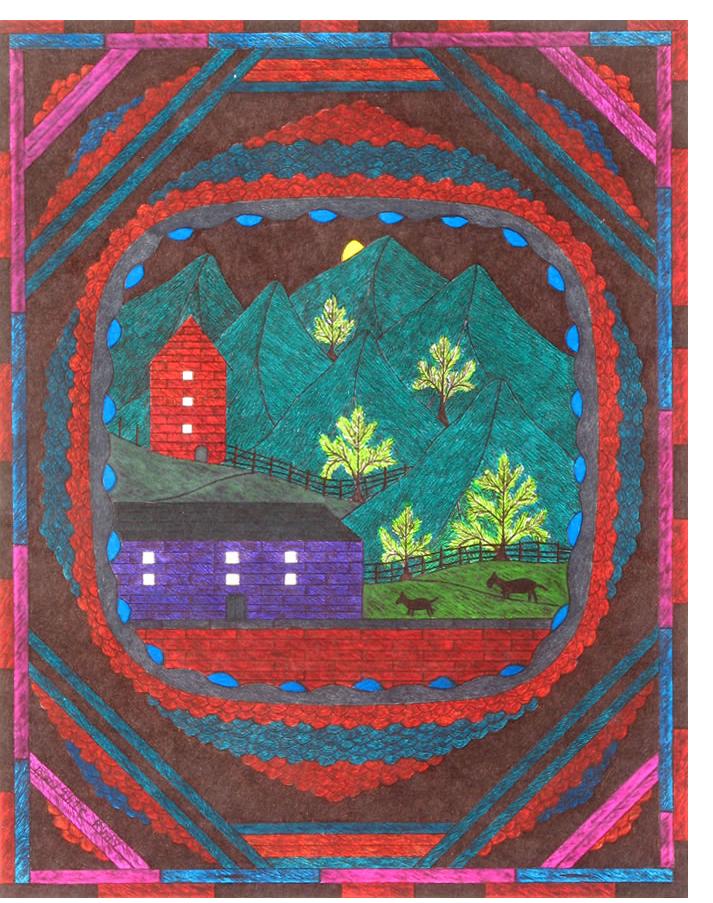 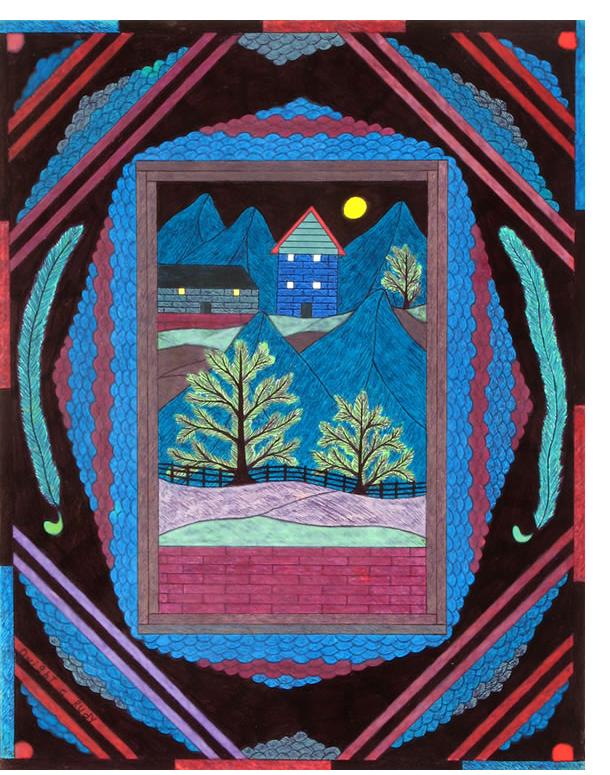 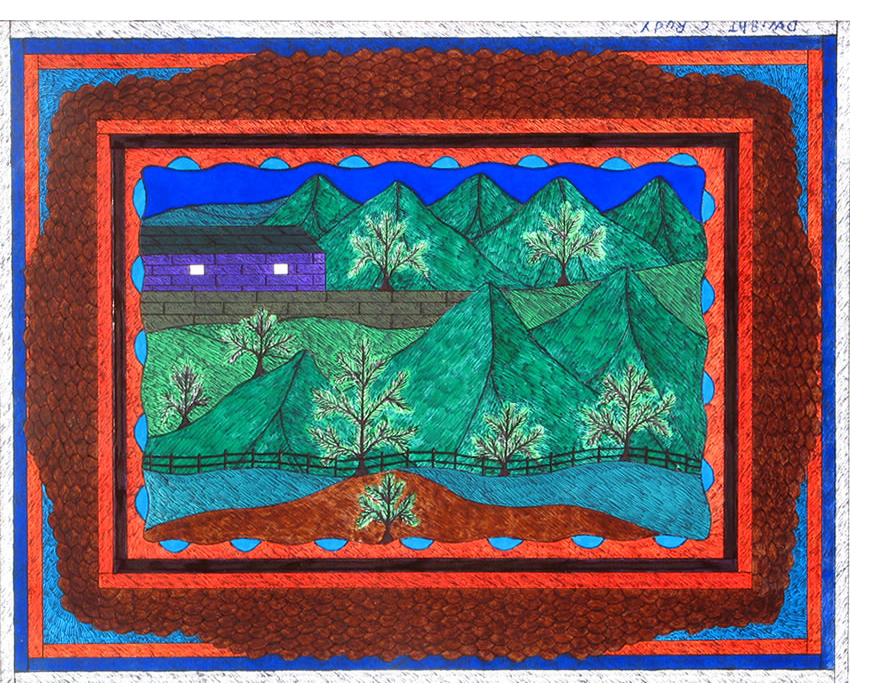 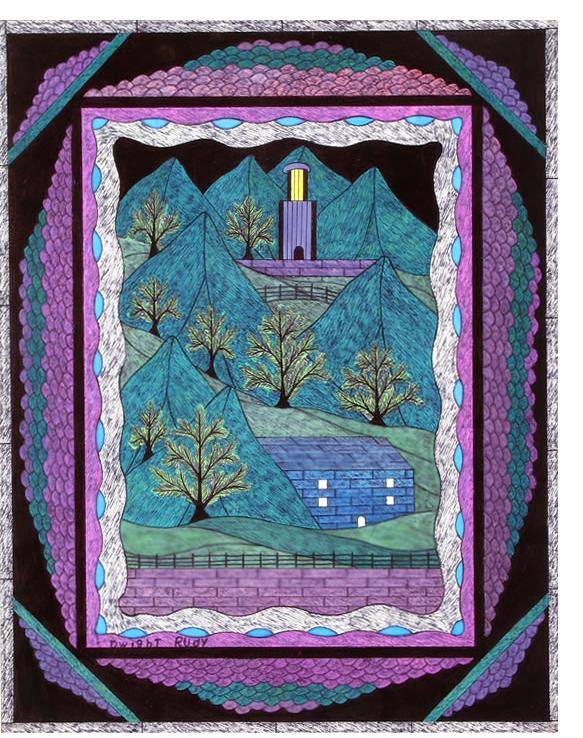 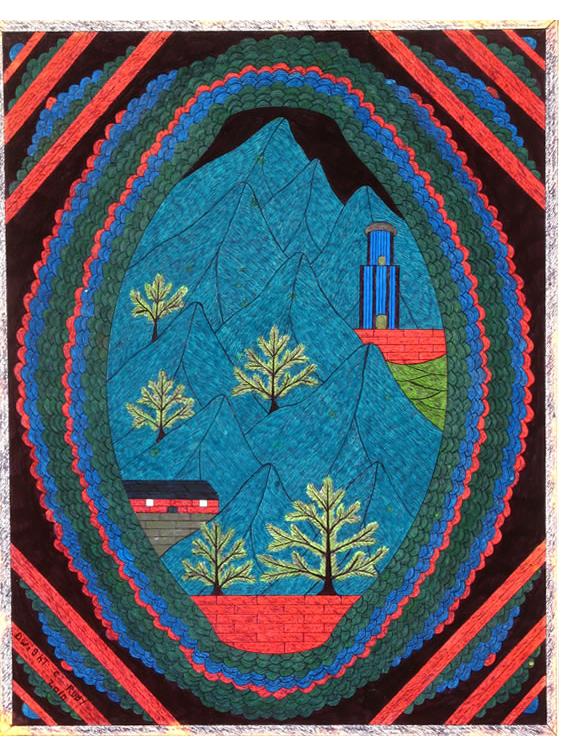 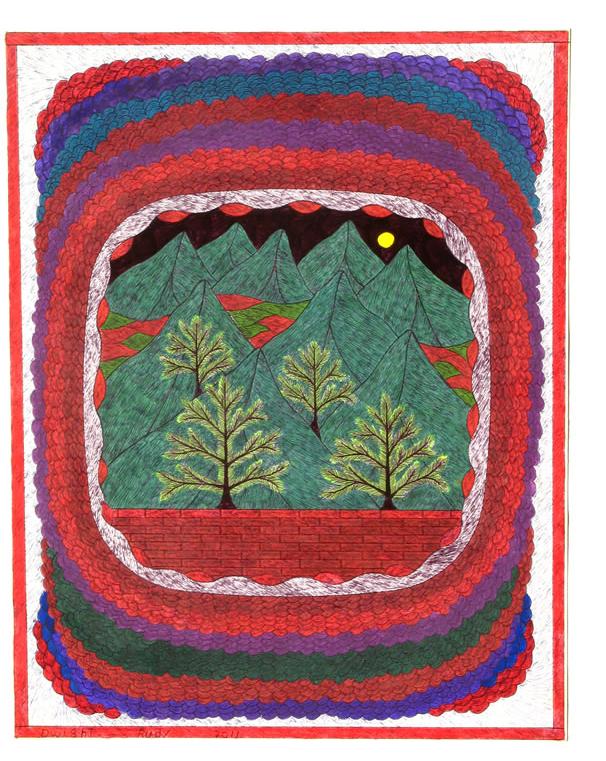 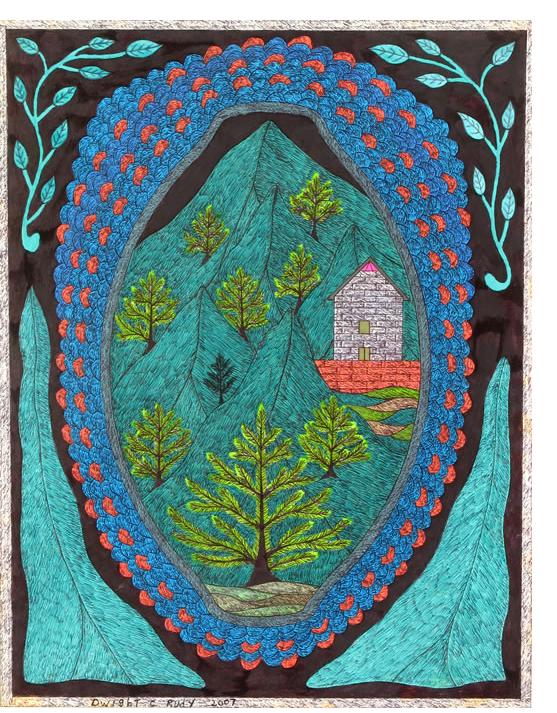 Dwight Ruby is an outsider artist born and raised in Coudersport, Pennsylvania on November 4, 1952.

His primary education was elementary school then High School at Ilion High, in Ilion New York, graduating in 1970.

Dwight married in Williamsport, New York at age 19, and had three daughters.

He left soon after a divorce and hitch-hiked across the United States working various jobs in maintenance, grounds- keeping, salt piles, auction barns in Texas, Oregon, Chicago before settling in Truth or Consequences, New Mexico in 1986. He has been working in Motel Maintenance in this small town since.

Throughout childhood Dwight watched his mother crochet rugs, and in his 20’s began to create rugs himself, he also started to paint designs on rocks he found.

When Dwight was a child he and his brother were playing along the shore of a river, underneath a railroad trestle when Dwight slipped and fell in, he tried to get out but was caught by an undertow. His brother tried to help but was also pulled in. the next thing Dwight remembers was laying on shore and a man standing over them telling him they would be alright... and then he "disappeared". He believes he was saved by an Angel.

In 1998 in his spare time, Dwight began to draw on heavy paper he was able to purchase at the local supply stores.

Using ball point pens, colored pencils and markers, he began to create intensely organized and detailed outsider art drawings of flowers, and landscapes populated with rugged mountains and industrial looking “barns” and buildings, reminiscent of Pennsylvania countryside. The drawings are elaborately bordered by designs that could be considered “crocheted”.

In 2011, he had his first public showing of drawings at Belly Deli Café in Truth or Consequences, NM.