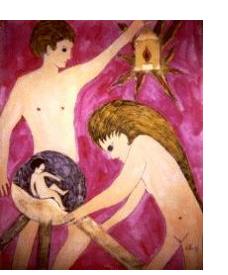 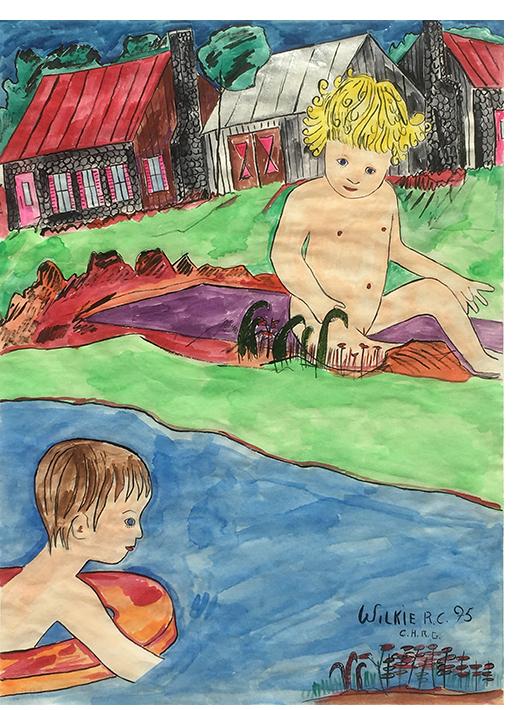 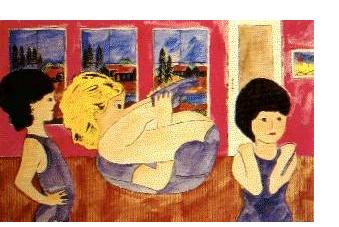 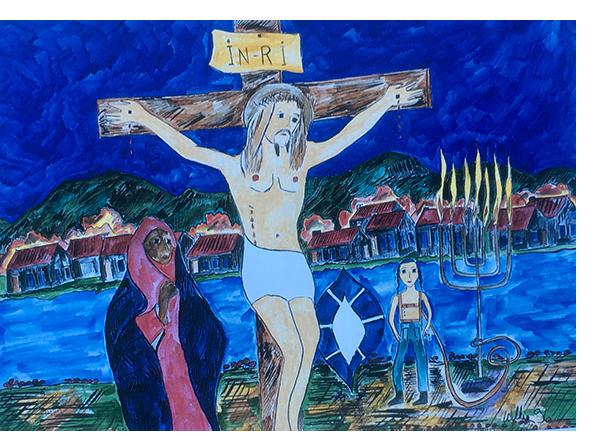 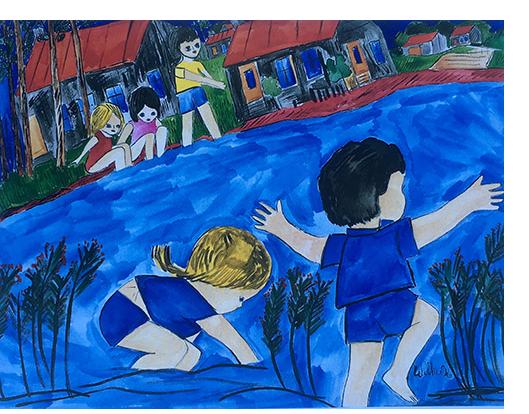 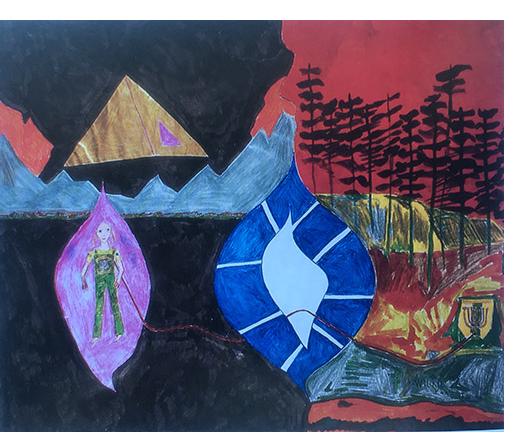 'The tragic results of a childhood destroyed are revealed even more disturbingly in the world created by the Canadian outsider Roland Claude Wilkie b.1939). Suffering from paranoid schizophrenia and, from 1995, a patient at a hospital in Quebec City, Wilkie lost his father at the age of two and his sister shortly after and was allegedly abused as a child. He developed violent and paedophilic impulses towards children, particularly blond girls, which have been sublimated since his voluntary admission to the hospital in the obsessive creation of images and text - he is writing a secret autobiography entitled 'Fearless Water' - that are unremittingly brutal. Where Darger wrestled constantly with destructive impulses and the search for deliverance, in Wilkie's universe there is only torture. His drawings of children or of himself, armed and with murderous intent, are all the more disturbing for awkward child-like style in which they are executed. He refuses drug treatment for his condition that exposes him to the full force of a delusional world in which the impulse to inflict physical and sexual harm is uppermost. There is nothing to be celebrated in these drawings, but they are important uncoverings of a most chilling potentiality of the human psyche'.

(Colin Rhodes. 'Outsider Art : Spontaneous Alternatives', published by Thames & Hudson.)
All the above paintings have been exhibited at the American Visionary Art Museum

"Mr Wilkie is under the control of a force called Êl. which he sees and hears daily. According to him, Êl. is a female entity of Persian origin whom he claims has been part of his life got eh past twenty-five years. I have come to realize that the word Êl. is the first syllable of the work Elohim which means God. Êl. inflicts pain on Mr. Wilkie's fingers whenever he ignores or irritates her. Êl. accuses Mr. Wilkie of having killed his baby sister: "You killed your sister with noise so why not kill other children?".

Mr. Wilkie regularly wears a harness at night and occasionally during the day. He explains why he needs to wear the harness with the following: "Êl. is inside me. To reach her world, I strap myself to the menorah in order to be sure that I will return to this world before entering her." He elaborates further and says: "When I see Êl., she appears to me like a flame always close to a cliff. What does not make sense to me is that Êl. says that I killed my sister with the sounds I emit from my head. My head emits sounds 24 hours a day and I hear them in colour. These sounds do not usually disturb me, but at times they are painful. Êl. says to me it is a question of survival: my little sister or me. Sounds killed her!"