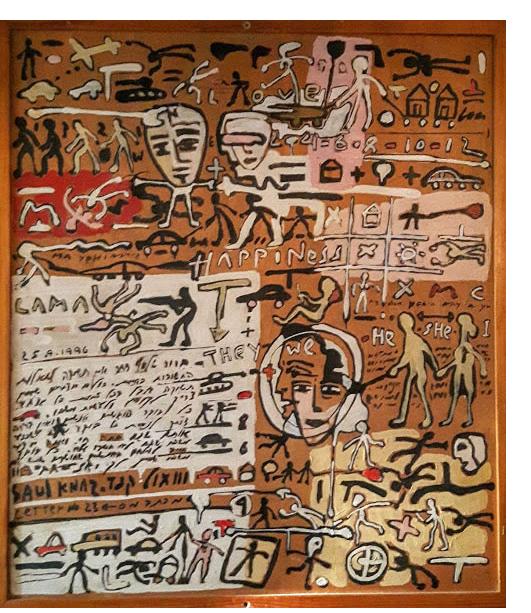 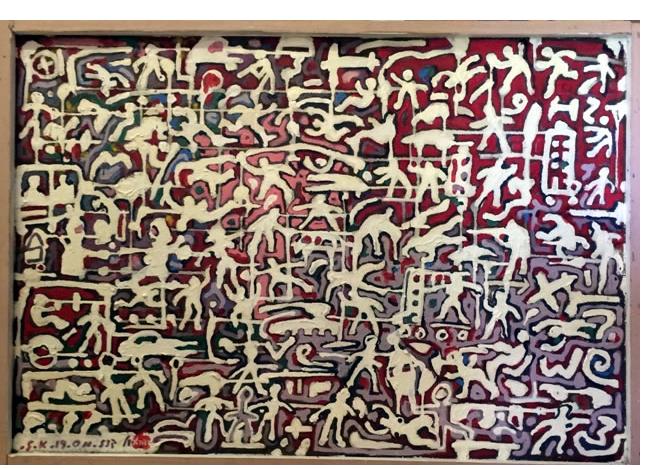 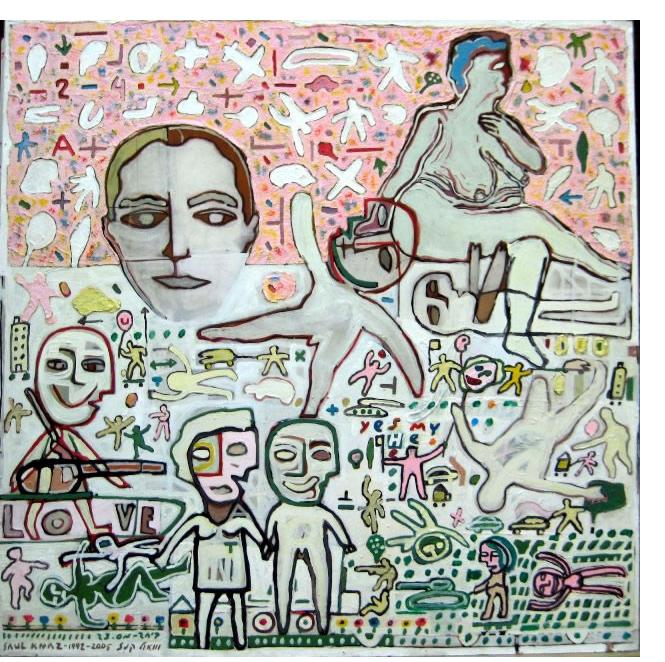 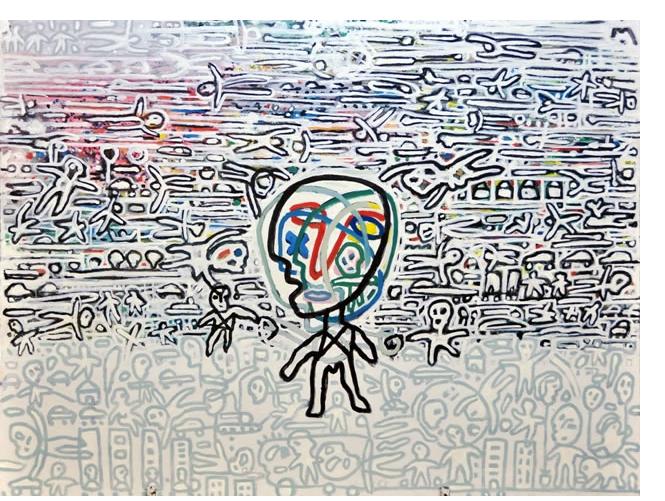 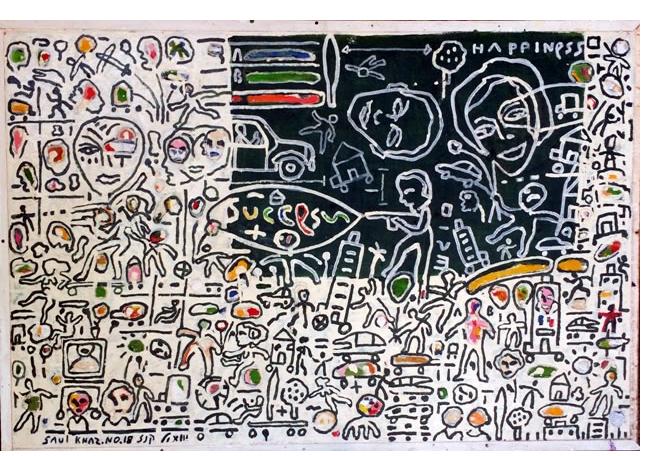 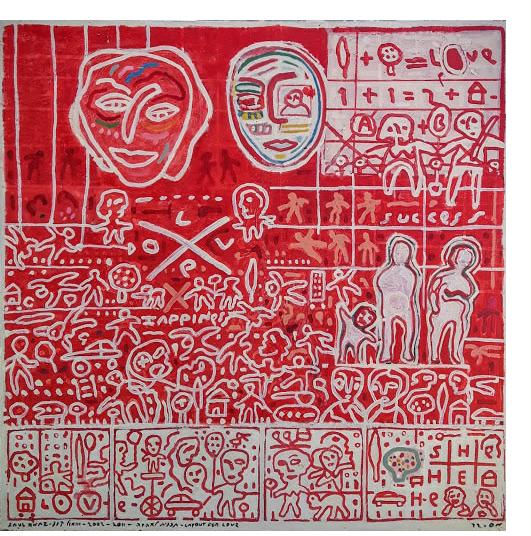 Shaul Knaz grew up on a Kibbutz. He has always believed in art that stems from his community, visualizing signs of life, memories and nature.

Knaz reflects his immediate surroundings – people, objects, actions and translates them into an abridged dictionary of terms that include representational human figures, familiar everyday objects, and sometimes words or parts of sentences.

His works burst with casually arranged images that seem to float on an infinite surface, images that he often repeats with various modifications in order to create a kind of primitive wall painting. No space is meaningless: everything represents his life, a life made of memories, of orchards that once were, an army that once was, a kibbutz that once was.

These images convey the conflicting messages of the human condition: unity within a group, being one among many in the midst of a community teeming with people, and alienation of the individual who, as if swallowed up by the crowd, is alone, seeking momentary pleasures. The main characters in his works are a man and a woman - one at times bearing a rifle, the other a child in her womb – representing the basic human urge to connect, which seems always prevented by some unseen force.

“If I had to categorize myself, I think I would say that what I try to do is social art. Not a political but a social art, an attempt to contemplate the situation that people are up against in a free world that has more temptations than ever. A world in which we have unlimited options and have to protect ourselves against this overwhelming and threatening freedom” (Shaul Knaz). 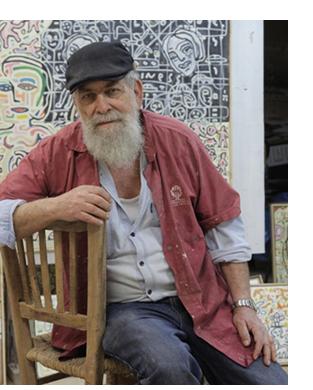