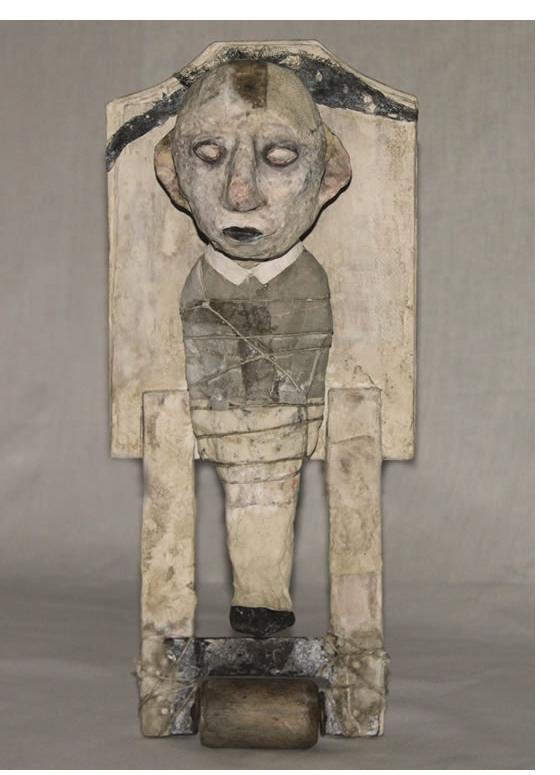 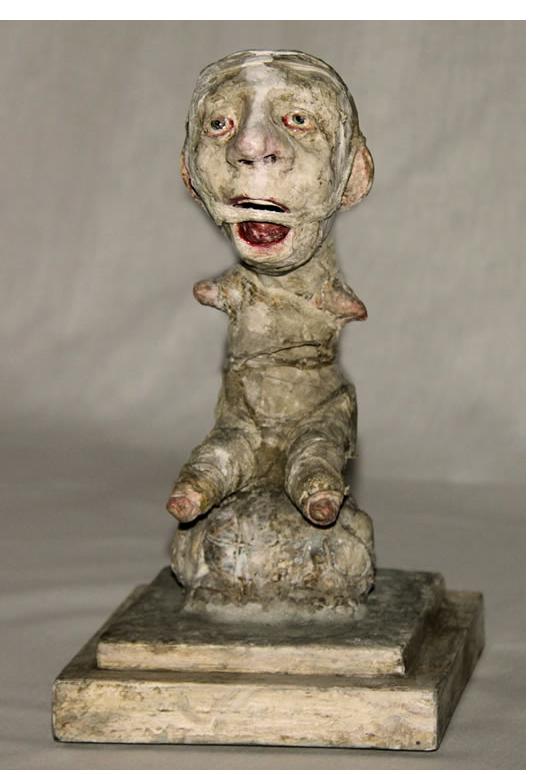 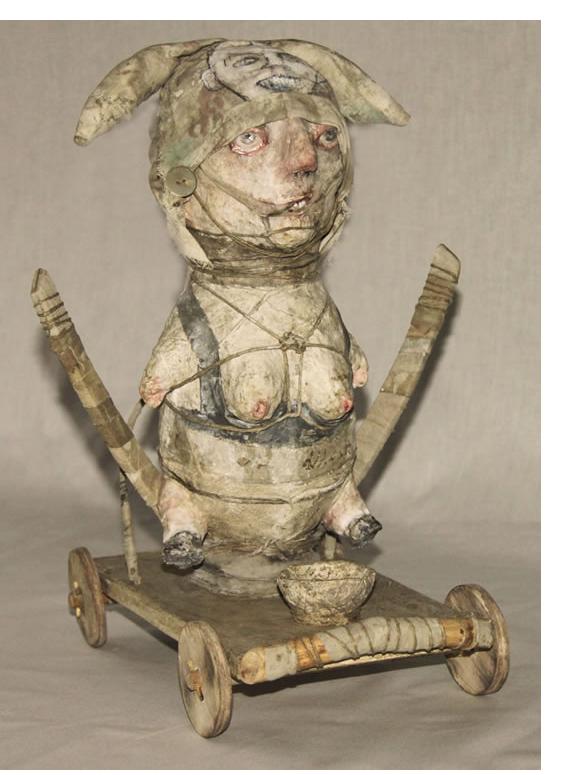 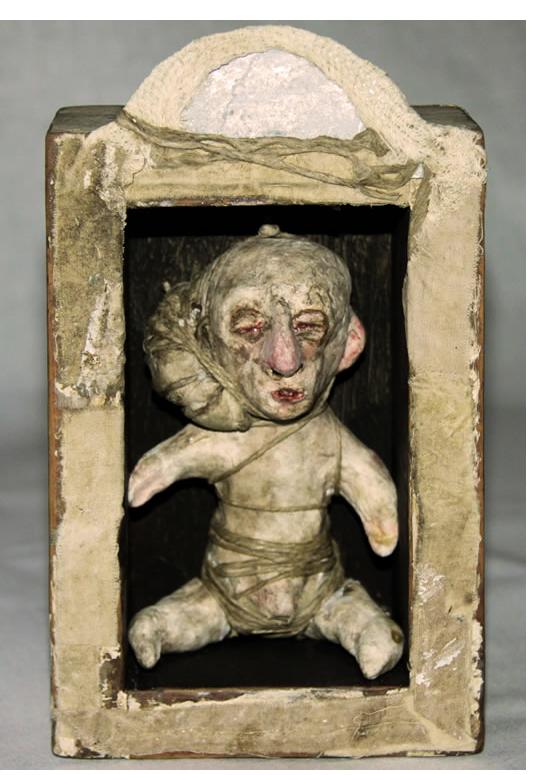 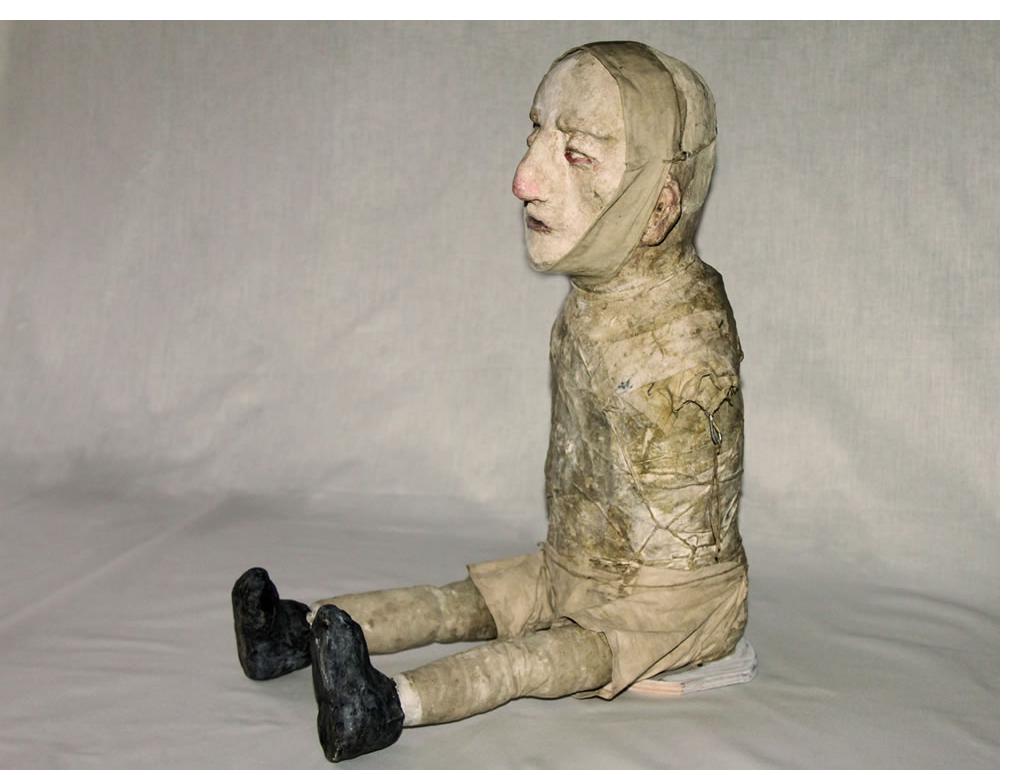 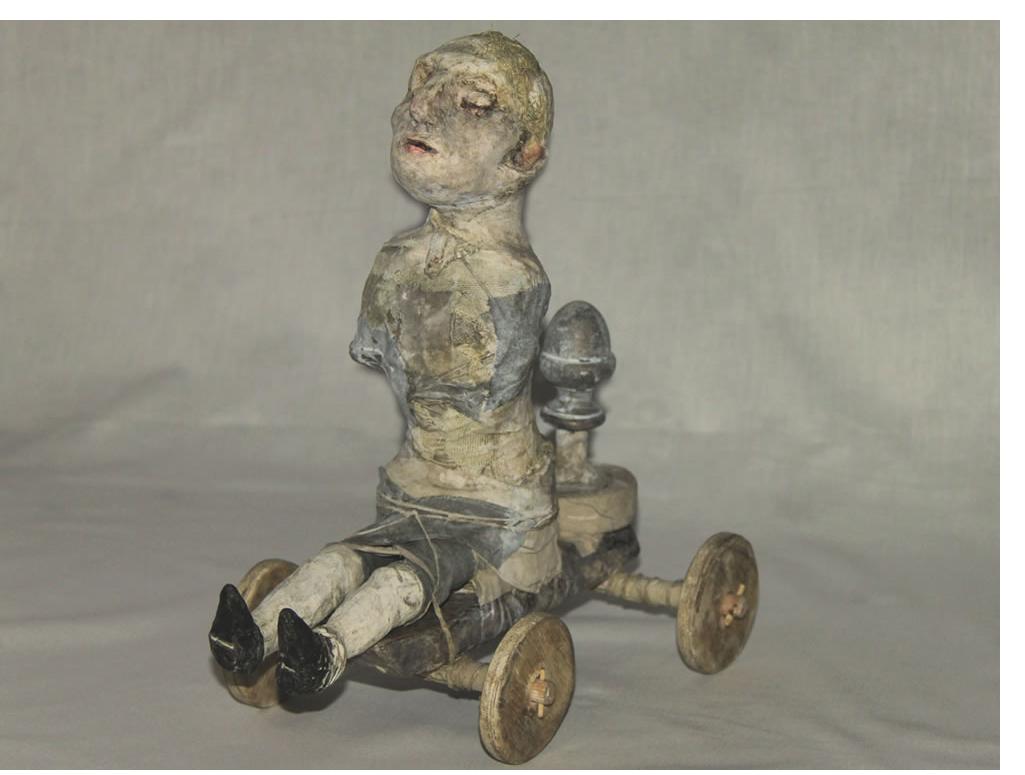 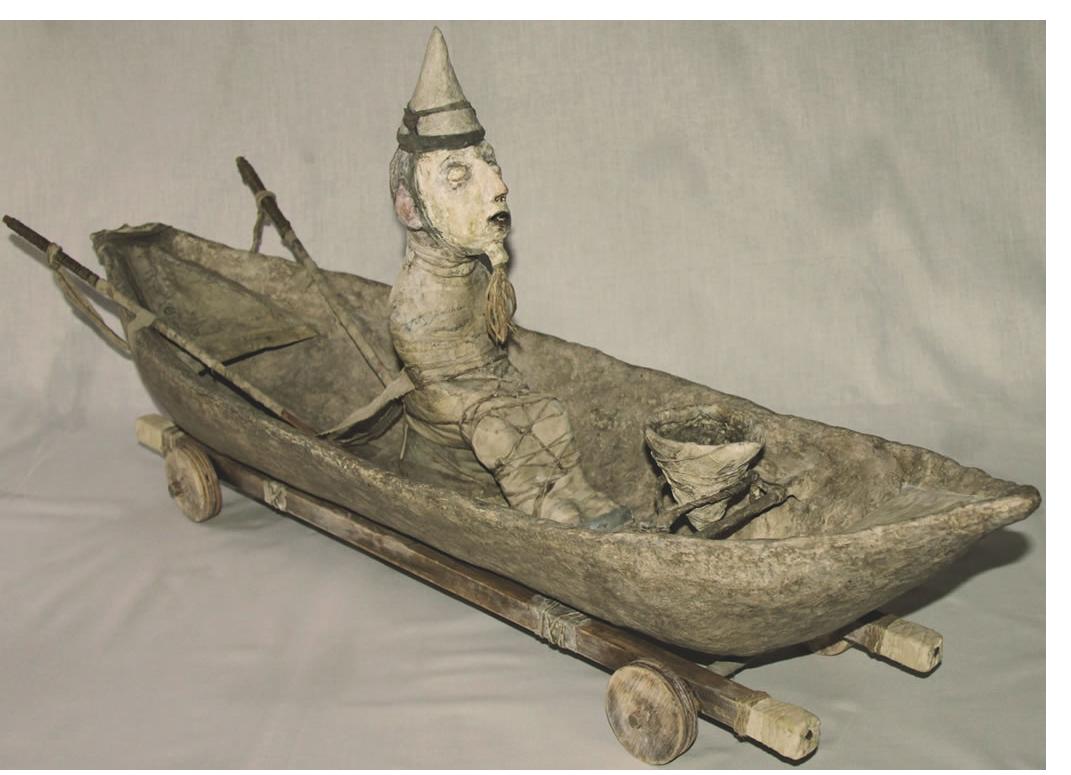 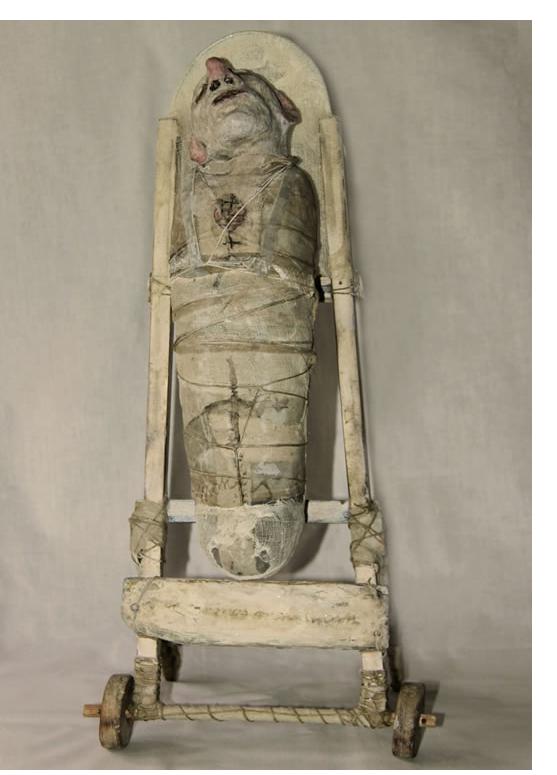 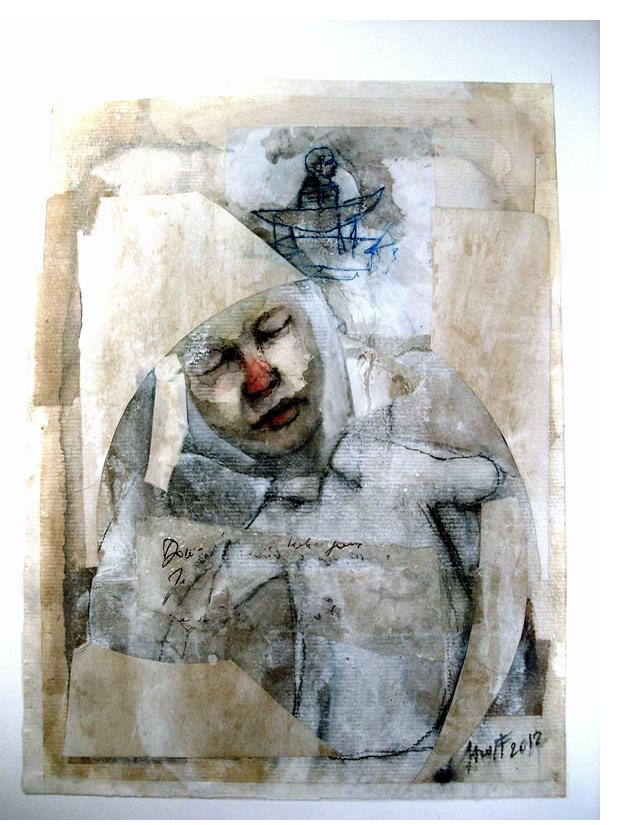 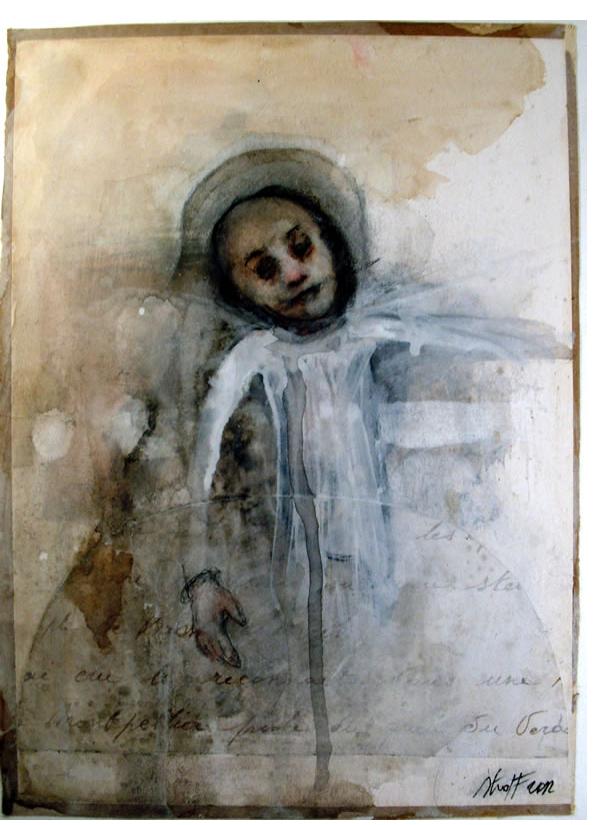 Stroff Denis is completely self-taught with regard to his practice of drawing, painting and sculpture. He was raised by his grand-parents. He had quite an anxious childhood because of the fragile health of his grand-parents. He was very worried about the migraine attacks of his grand-father, he often drew red-line crisscrosses on his head, and erase them after, asking if the pain was gone … a sort of eraser-therapy he invented. He is very concerned about the meaning of life and death and all the symbolism attached to it, and also has an interest for alchemy. He began to draw more seriously at the age of 14 -15, and continues to this day.
Stroff participated in numerous exhibitions.

In 1975 the Belgian State acquired two of his outsider art paintings. He started his three dimensional works in the 90s. His first solo exhibition was in 1992 at "De Zwarte Maan" gallery in Brussels. Around 1995 he first made contact with Catherine Schmitz – director/founder of the Musée d'Art Spontané Brussels which acquired some of his sculptures, as well as the Musée Ianchelevici.

Other exhibitions include those at:
Ontdekking Van De Hemel gallery
d'Art Spontanée – Fondation Ravasio and Cocof
Bergamo, Italy: Nov. 2011 – May 2012

Stroff says: “Although I was a good student I left school at the age of 15, because I had no freedom, so I decided to go to work . At eleven I wanted to be an opera singer, at 13 classical pianist but instead at 16 I was playing guitar and singing rock'n'roll. Then stage and recordings. In the late eighties I left stage shows as a musician. Since the end of the nineties I am fully dedicated to sculpture and drawing.”