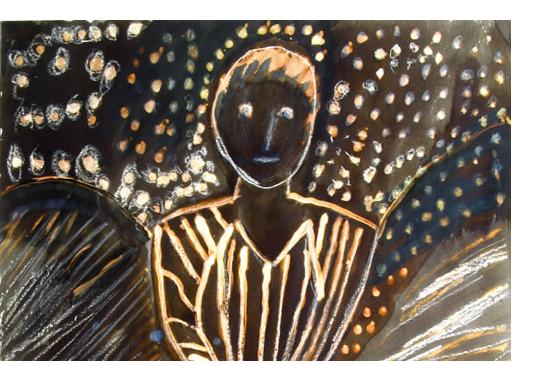 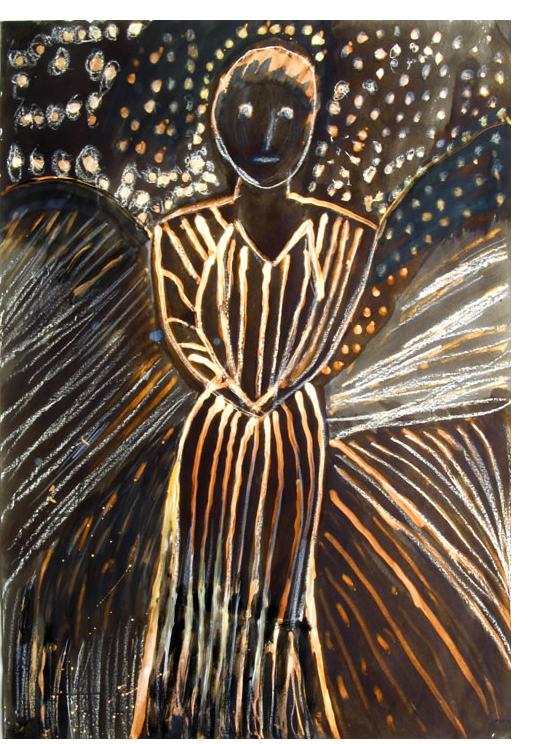 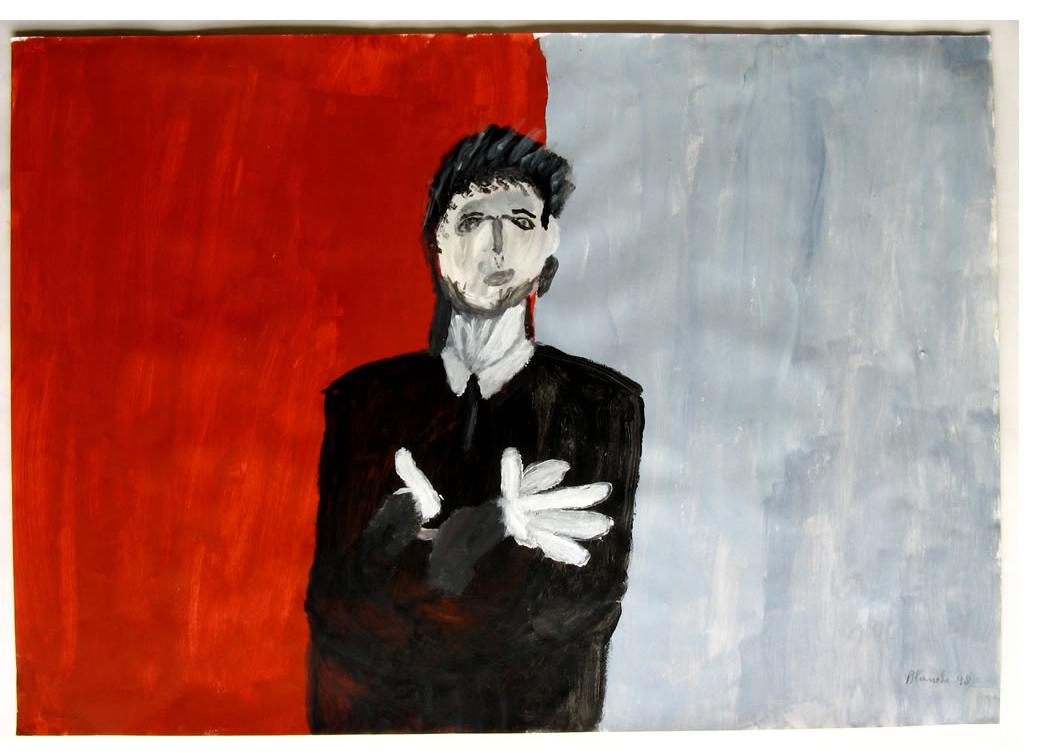 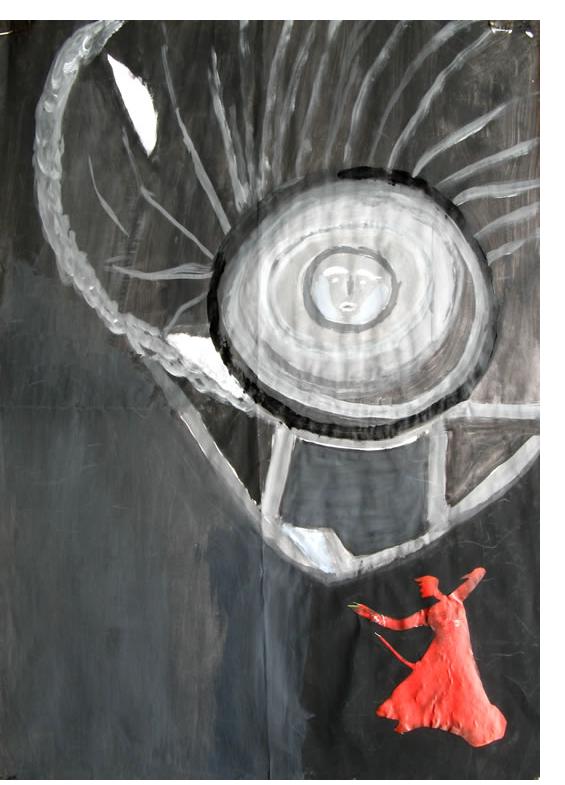 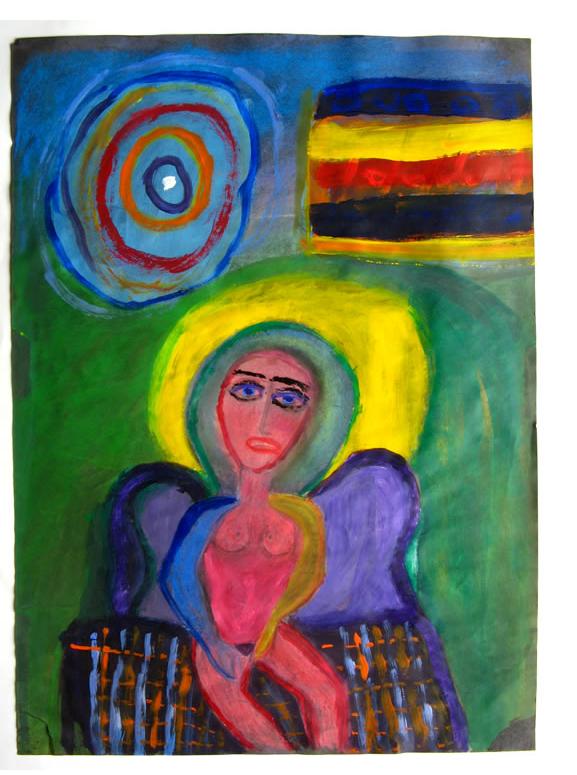 Born April 17, 1904, died August 19, 2001. Blanche began painting at the age of 94, when people might be excused for staring trancelike at flickering images on their TV sets. In the last three years of her life she produced an extraordinary body of work bursting with vitality, spontaneity and originality.

Her first exhibition was held in May 2000 at the Mary Ward Adult Education Centre in London where she enrolled for painting classes after her husband died in 1996, aged 101. She and Alexander had been together for nearly 80 years.

Born in Paris, Blanche began working as a milliner in haute couture, but was swept off her feet and into a new life by Alexander (Sacha), an aristocratic Russian emigré. At first he was involved in film production in Paris, then in magazine publishing, and eventually in writing novels. Sacha's restless search for new horizons took him, his young wife Blanche and their two small daughters to Paraguay, where he conceived and organized a major road construction project, giving this tiny landlocked country an outlet through Brazil. The family then moved to the United States where they became naturalized citizens and had another child, a son.

In spite of her globe-trotting existence, Blanche never lost either her French accent or her French joie de vivre, evident in the exuberantly coloured paintings that reflect the rich variety of her experiences seen through fresh, unsophisticated eyes.

Blanche and Sacha settled in London about 25 years ago and she began to explore some of the creative possibilities available in adult education, trying her hand at pottery, sculpture, bookbinding, weaving and printmaking - the latter taught by her daughter Natalie at the City Lit Institute - but it was her discovery of painting that determined her true vocation.

Blanche's art tutors at the Mary Ward Centre recognized her unique talent and encouraged her while admitting she was "unteachable" - she would do things only her way and ignored all instruction that did not fit her own inner vision. Not one to accept the limitations of old age, she insisted on walking up and down the five flights of stairs to the art studio at Mary Ward every week until her legs finally refused to obey her will.

Blanche became house-bound for the last four months of her life, but her spirit remained alert, interested in everything, serving as an example to all who came in contact with her. She died peacefully at home, surrounded by her family and her life-affirming artworks.

I am proud and eternally grateful for the privilege of having her as my mother. 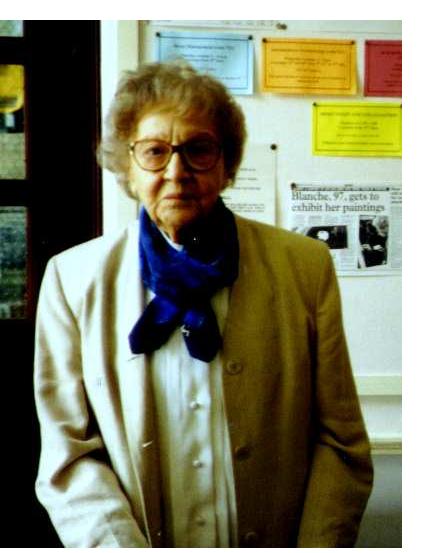