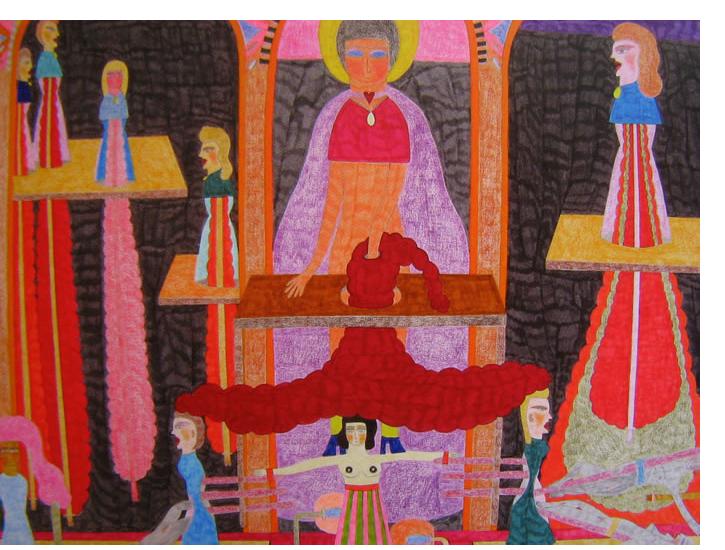 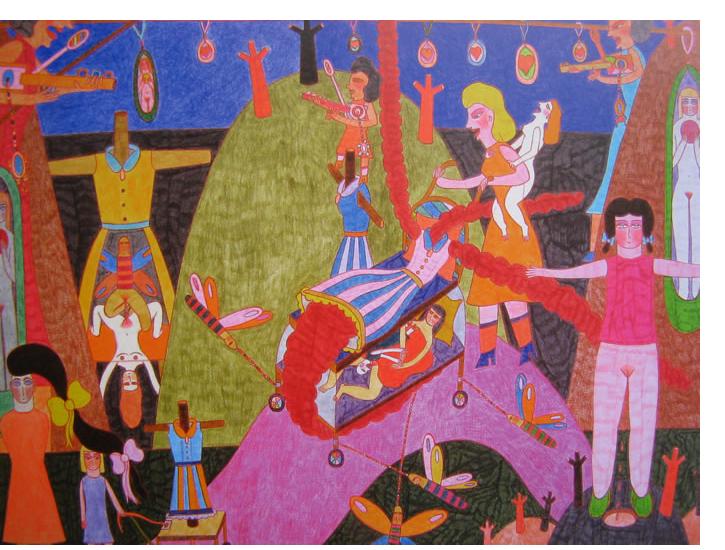 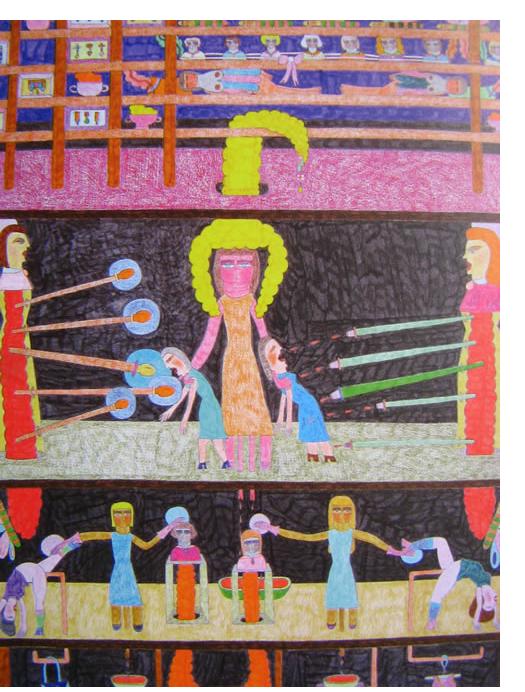 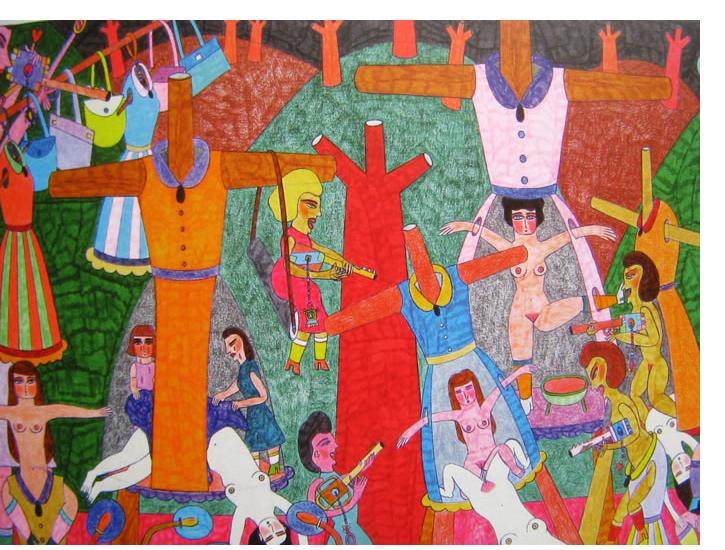 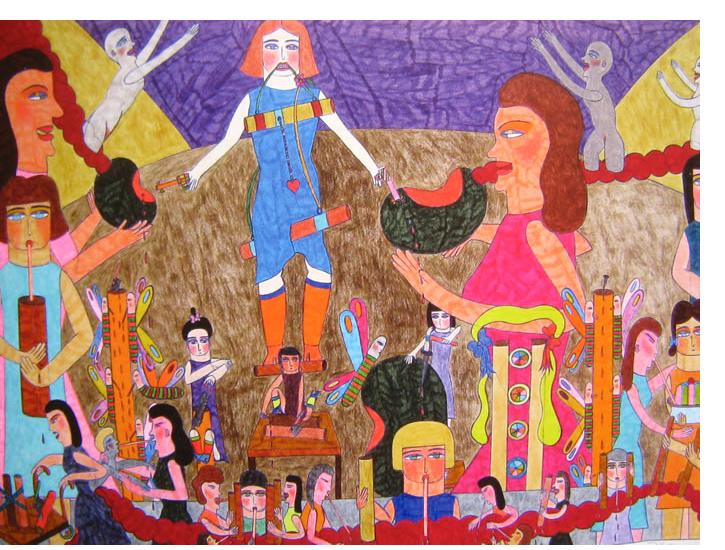 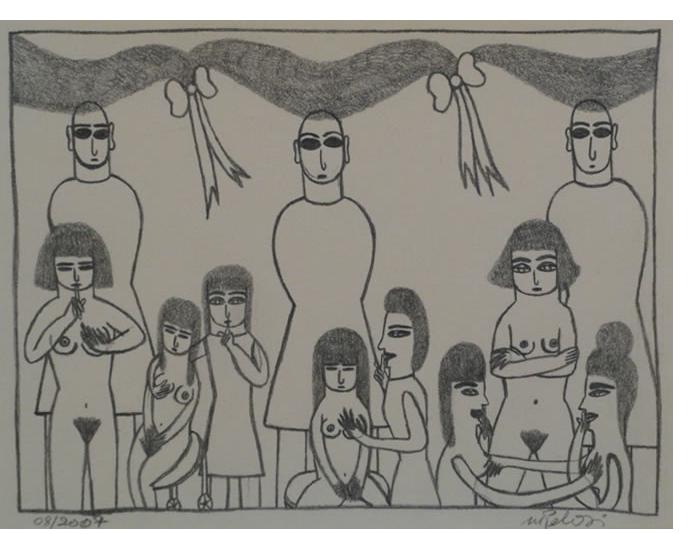 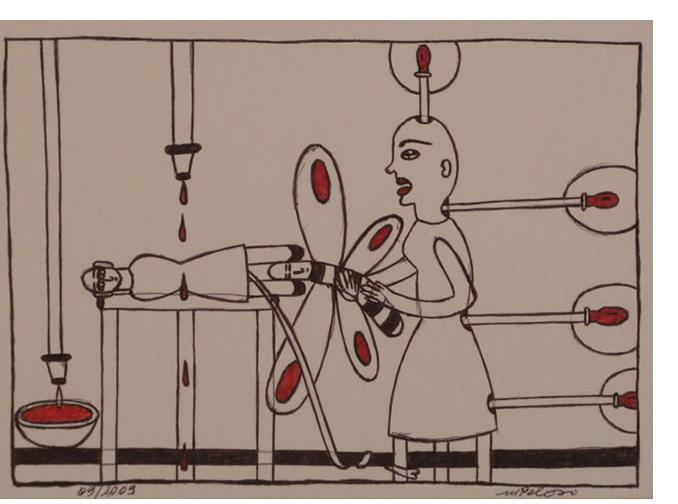 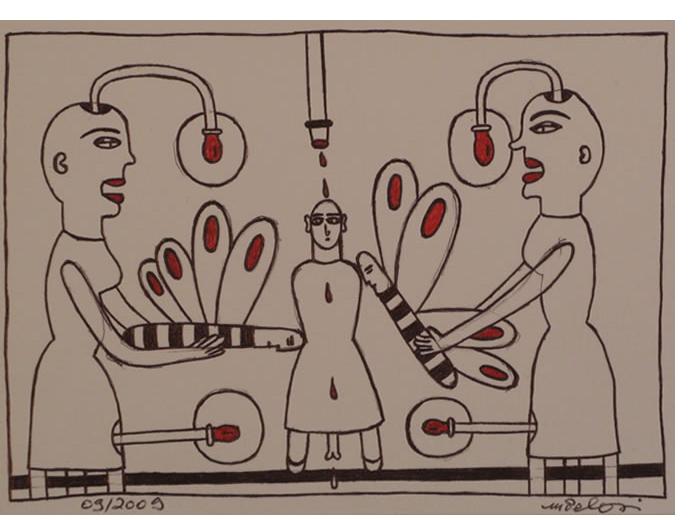 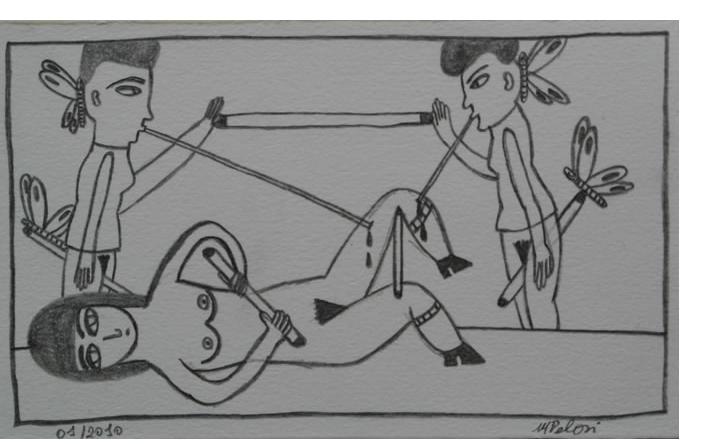 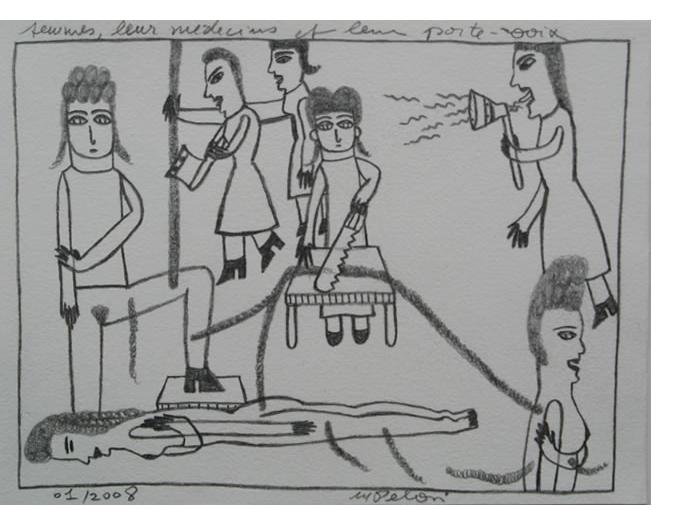 As a child, Marilena was almost autistic, lost in a kind of lethargy that only ended when she smoked her first joint as a teenager. She had to flee Brazil for good to escape a forced marriage to a priest who practiced Macumba, the Brazilian form of Voodoo. This was the start of a period of travel and rootless drifting, during the course of which she married twice.

She eventually turned to art as a means of rebuilding herself. Far from being a perverse pleasure, art is for her a resurrection and exorcism - probably the only way to free herself from an unhealthy childhood which she long felt was a sickness. She says, "If I didn't draw what I do, I would die. But I have no thoughts of evil when I work. They are symbols of an intense mental alchemy".

When people suggest she is disturbed, she retorts, "I will never become sane because I am not very normal. It's normal people who become insane. But because I've never been normal, I'm not at any risk". And she adds with a laugh, "I even cured my psychiatrist with my drawings". Cured him of what? "Of his indifference."

Text with the kind permission of Laurent Danchin 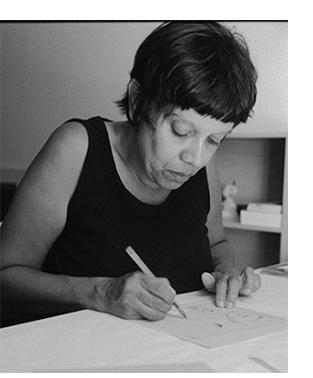